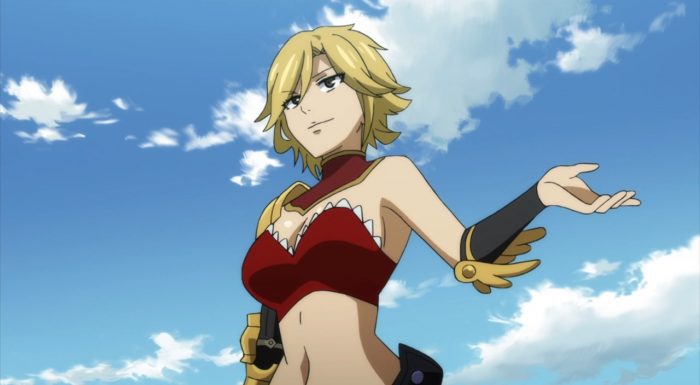 Fairy Tail’s Final Season definitely kept its audience waiting for a time that felt a bit too long for comfort, but things are definitely ramping up now. Its definitely odd to see the show slowly climb out of the pit of mediocrity once again, but a lot of that has to do with bizarre story choices that plagued what could easily be termed the first two cours of this final season. 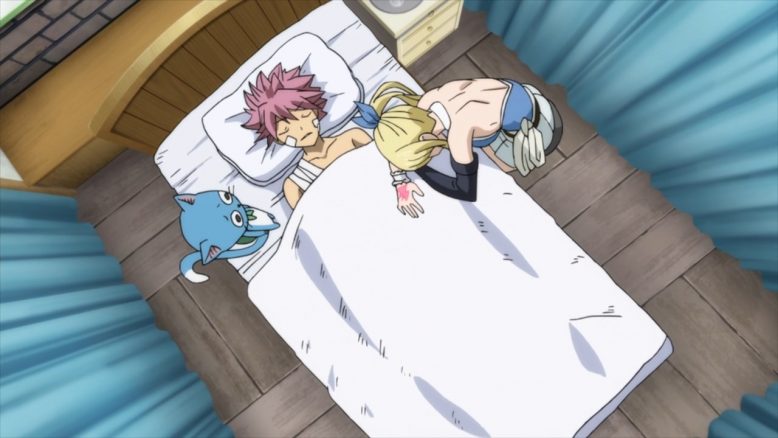 Simply put,  I think a lot of things that happened in the past few episodes, happened waay too soon, and just couldn’t go towards their logical conclusion without basically ending the story right there. To that end, I think having Natsu go off and face Zeref so early in the story was perhaps one of the gravest of mistakes that Mashima-sensei made when he wrote this final arc.

I get the reason for it, Natsu is the kind of character that has to go off and take care of the big problem. He’s the dude comes out on top in a pinch, and thus having him just patiently wait while also having a trump card at his disposal is just completely against his character. The problem, however, with Natsu just rushing off and failing to finish Zeref is that the fallout and skirmish itself could feel nothing other than inconsequential as a result. 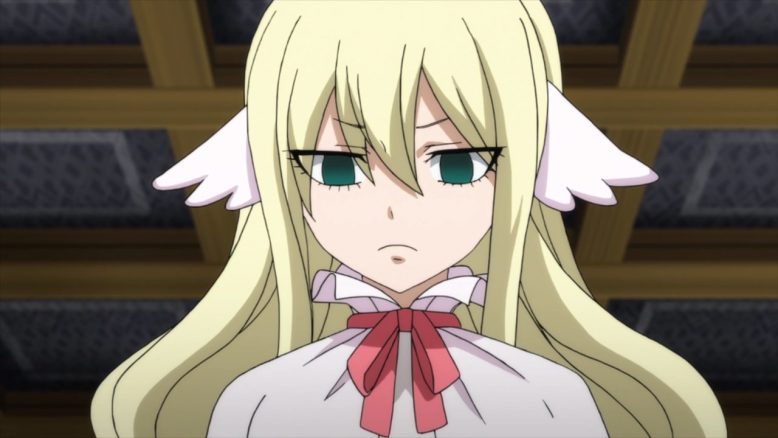 I would’ve much rather Natsu have faced some OTHER, intermediary opponent until the story was ready to allow him and Zeref to properly face off and conclude that particular plot point. As of right now, the show basically has Natsu benched for a few episodes so everyone else can have their time to shine.

And honestly? That’s what’s been most refreshing about these past few episodes, the other characters and THEIR struggles. I talked at length about Laxus last week, but suffice to say the show has really treated him well. I will admit that Laxus getting Ehto to cancel out his bane particles seem like a bit of a cop out, especially given that he just HAD the right runes to create them, but I suppose my desire to see Laxus succeed in that battle gives me a bit bias. 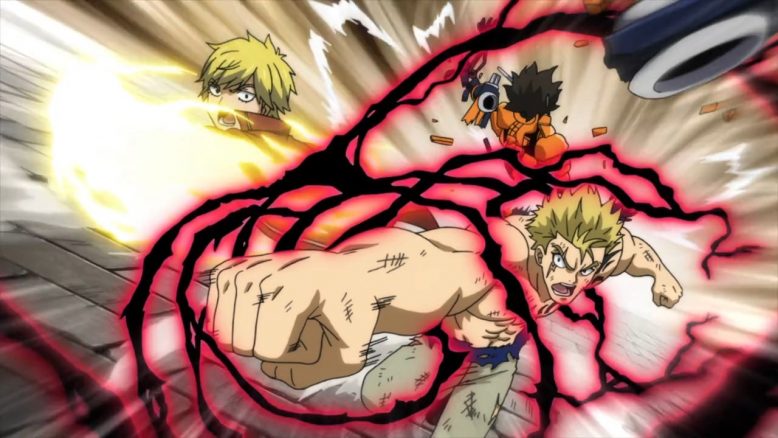 Happy as I am that Laxus succeeded, I’m not beyond criticizing the actual ass pull of a solution. Yes, its satisfying, and yes its great to see Laxus pull out his red lightning, but a part of me definitely feels like Laxus wins because he has to, and not because he does something entirely epic, clever or monumental. Its this lack of attention to detail, that definitely worries me, even in what seems like the best moments of this arc thus far.

In any case, I will say that while Laxus winning by this bane rune technique wasn’t the best, the build up, flashbacks and even call to Yuri from Fairy Tail Zero, was all pretty awesome. Its because of how well the character moments were handled this week, that I’m willing to look past the overly convenient way in which Laxus basically cures himself of his seemingly terminal condition. 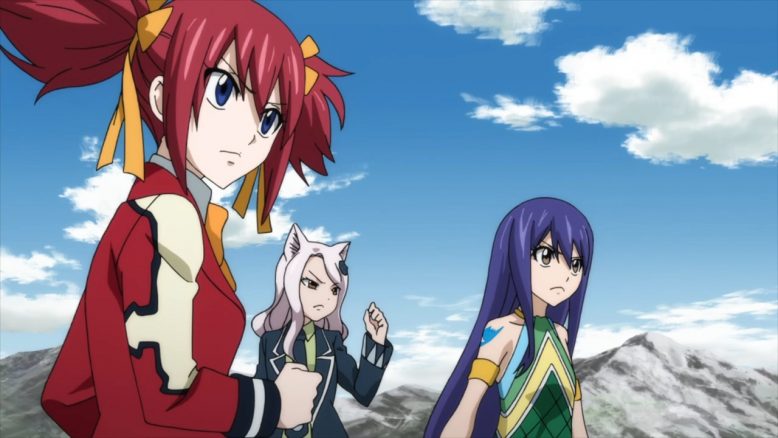 Moving on to Wendy and Sheria, I guess I should state that I have been giving these two the short end of the stick. Quite honestly, I’m not entirely sold on this Wendy and Sheria pairing as much as Mashima-sensei himself is. For me, a lot of the development of these two becoming friends is trapped inside that one year time gap, which I as a viewer never got to see. Yes, the moment of them parting at the beginning of this season was cool. but these two being a pair and duo is just something I’m not connecting with personally.

Of course, much like the Laxus situation from earlier in the episode, there’s enough cool stuff to offset the bad. For one, having Ultear pop up in the time dimension was a really sweet and nice moment. After Ultear basically ended her entire story in the Grand Magic games, it was nice to see her return, but still in a very specific situation. And I think that’s one thing I appreciate about Fairy Tail as a story, it keeps the consequences of its characters’ big sacrifices in tact, and at least addresses them and uses them to further develop itself. 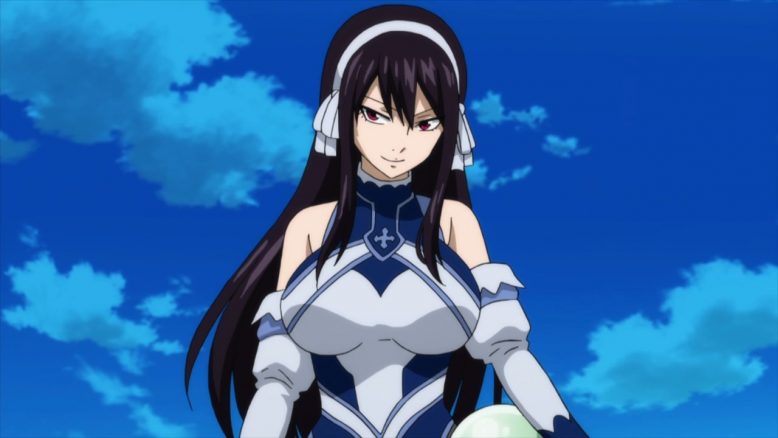 We know that Ultear became an old woman and disappeared, but it seems like her big sacrifice allows her to appear inside any form of distorted time, which in turn allows her to help the two girls. And I will say, while I wasn’t super thrilled about Dimitria as a villain, I will say her being able to Take Over Fairy Tail’s version of Cronos, was a pretty sweet little idea. I’m not too keen on her character design, but it definitely presents Ultear, Wendy, Charla and Sheria with a nice challenge to contend with.

And again, it seems like the solution to this problem is definitely going to cost the four girls something. Charla already pays the price this week, and is pretty much near death now. Again, I liked the clever use of Charla’s clairvoyance here, as I had all but forgotten about that power. Thankfully, Charla isn’t able to just circumvent the attack, just replace herself for Wendy. 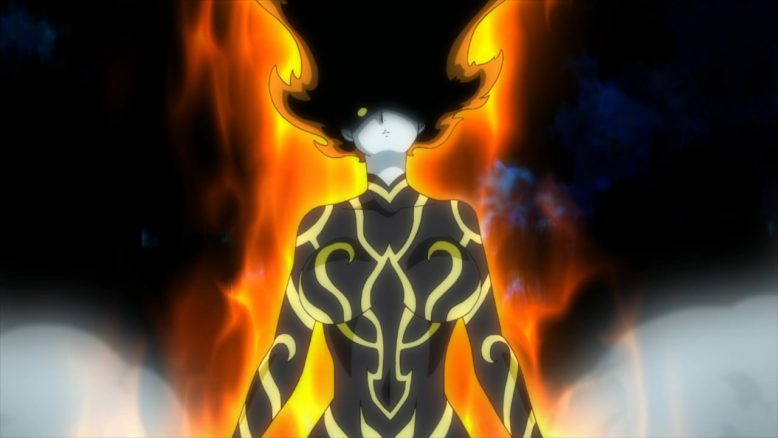 Of course, what’s really interesting is the solution Ultear proposes to help the girls win. The solution? Use a special magic called Third Origin, that allows the girls to use all their future power now, in exchange for losing the ability to use magic as a whole. Its a big price to pay, and it basically means that all these characters are more or less done with the conflict, once this battle is said and done.

I feel like Sheria and Wendy could still make it as normal idols after the events of this battle, but its still a big blow to have these characters lose a big part of themselves. 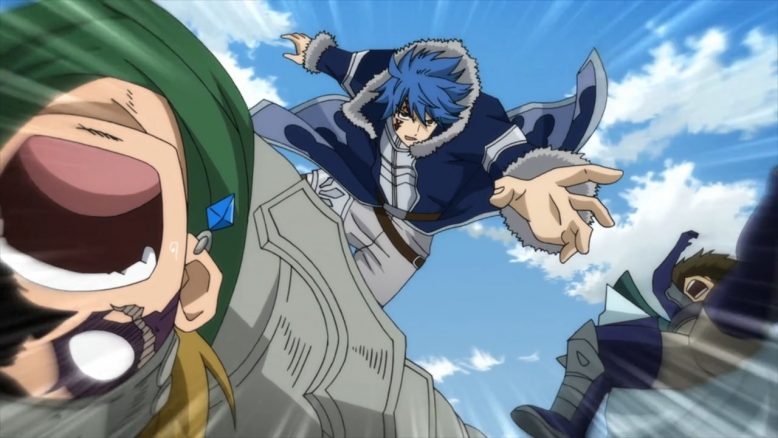 And of course, there’s more than just Wendy’s side and the Laxus stuff this week. We get the return of Crime Sociere as a whole, with both Jellal and Meldy making appearances elsewhere on the battle field. I don’t want to talk too much about these things, since there isn’t a lot of focus here and because I’m sure all of this will get addressed as we move through this season as a whole.

And really, It goes without saying, but this is the sort of stuff that makes a final season interesting. Each of these characters are putting a lot on the line, and making their final stands. Some of them may make it out of it alive or even come out on top (like Laxus), but some may end paying a heavy price for ultimately saving the day. 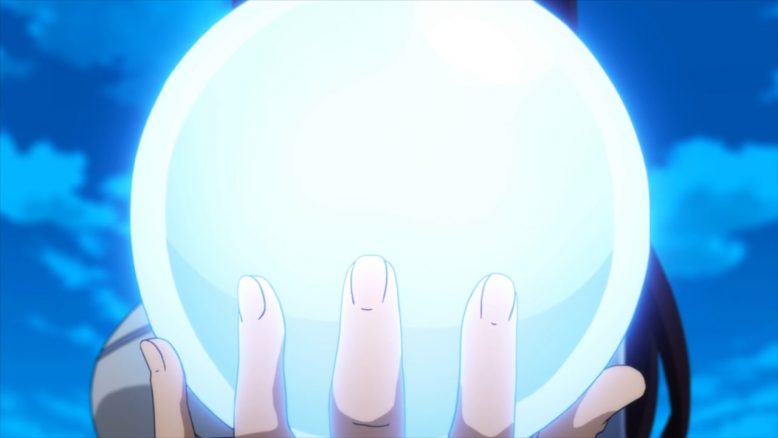 Hopefully the show can continue this momentum forward, and at the very least, provide us more of the good that can overpower the bad. There’s still a lot of episodes left in this final season, so I guess for now, its good that things are starting to pick up.