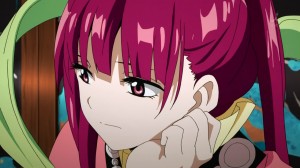 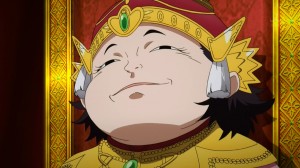 This was definitely an episode that allowed Alibaba and Morgiana to shine a little. Both had their chances to step up against their respective threats and just found a way to get the job done. Of course Aladdin was still out of action, so the other two thirds of the main trio had to pick up the slack a little bit. I’m glad that Morgiana managed to catch up and remind Alibaba which fights are the ones he needs to be fighting. Relying on friends isn’t an evil and sometimes you have to do it in order to succeed.

I certainly feel a bit bad for that Princess. She has no idea the terrible partner she’s being set up with. Of course, I’m sure she has her doubts since she’s only hoping the guy turns out to be someone impressive. Interestingly, she turned out to be the type that would rather fight and not just live under her status. Maybe the encounter with Sinbad reminded her that there were things she wanted for herself. Things like being able to travel freely and fall in love. Sadly neither of which she’d likely be able to do if she gets married to Ahbmad. I really wouldn’t be surprised to see her near revolt if she finds out this is the guy she is being forced into a marriage with. Some arrogant idiot who has run his country into the ground. 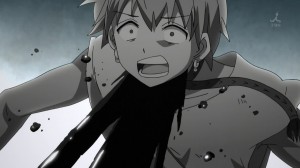 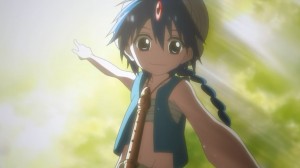 This was finally an episode where Alibaba would step up and start to grow as a person. Clearly has a long way to go, but he is definitely getting started now. Breaking through all that self-doubt that he’s carried all this time. He needed to focus on that pure belief of Aladdin. It’s not that he wants him to accomplish something or has an agenda. Aladdin just truly believes in Alibaba. Sometimes all you need is to focus on one thing. He needed to focus on his decision to move forward and be willing to do whatever he had to.

A somewhat reckless decision to just burn himself in order to try and use the flames, but it worked. Maybe controlling a wild fire like that is impossible and the only way to use Amon’s power is being willing to throw yourself into the flames. It worked and he settled that first fight in an instant. You can just see the insane power that dungeon conquerors have when they can use even part of their power. This is only the start for Alibaba and he did well with what he had. 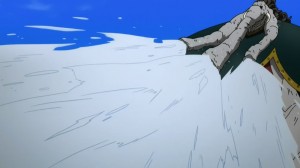 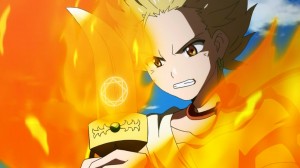 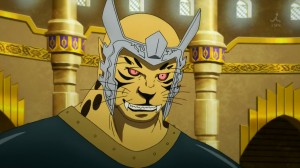 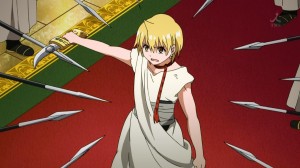 Alibaba sure had a lot to deal with though in this episode. First came that weird elephant guy, showing just what the Kou Empire has been up to. They are literally making monsters and apparently controlling the beasts that you find within those dungeons. That’s not something that can be fought against by the average person.

Alibaba had a close call there against the cheetah man. Not surprising he ran out of gas with how hard it was for him to even bring out Amon’s sword. That was a clever trick taught to him by Sinbad though. Nice idea to make a small fire and then use those flames to power his blade for one desperate attack. It really is an all or nothing move, but it worked in this case and that’s all that matters. Might not be a bad idea though to boost himself a bit so he can actually use his flames for longer stretches. 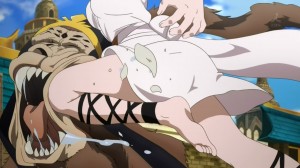 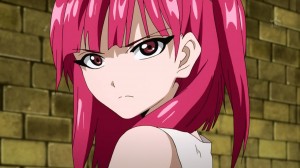 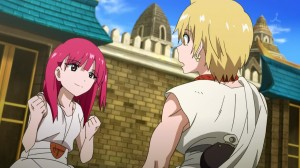 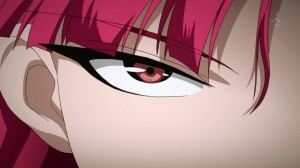 Also I must say thank you Morgiana for showing up at the right time. Alibaba might be dumb enough to try and do things alone, but that doesn’t mean his friends will actually let him. He got into his head that he had to do this all lone and that isn’t the case. Yes, maybe he has to face off against Ahbmad, but that doesn’t mean he has to fight through the entire palace solo. Letting others help where they can in order to actually accomplish the goal is what matters.

Have to say though Morgiana really does have a soft spot for Alibaba. She may scare the crap out of him at times, but she does give him those rare smiles. Just a fun character to watch sometimes. Gives that friendly smile and then suddenly tosses him over the gate XD. Morgiana really has a mix of qualities to her. A cute girl, who is insanely tough, kind, but able and willing to do pretty crazy things (like kidnapping Alibaba to make him talk to Aladdin XD).

That was a tough fight for her though. Like Alibaba she’s seeing the limits of her strength and how far she can still grow. Before her power was more than enough and frankly she never had to think about it as a slave. Now with her freedom the world has opened up and she’s gaining reasons to get stronger. In the end she came up with a good strategy to win that fight. If copying something didn’t work then try something else. Jumping between points in order to build up her speed and break through that annoying wall of bodies. Just don’t mess with Morgiana. 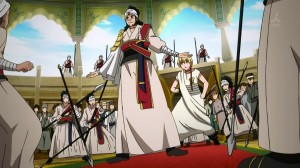 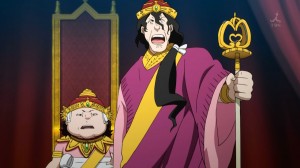 Of course in terms of characters stepping up have to give a nod to Sahbmad. That guy has sat back and just watched things go from bad to worse for this country. Of course his personality is a huge barrier to him taking definite action. But I am glad to see here, that Sahbmad decided to do something. Even if the most he can do is order his one loyal general it was enough to make an impact. The soldiers don’t want to obey Ahbmad, but they don’t have the courage either to disobey orders they know are wrong. Even when this guy has used their comrades as test subjects for those monsters, they still followed the orders. At least Sahbmad gave them someone else to obey here.

The situation is getting pretty tense. Alibaba at least has his shot at talking to the brick wall that is Ahbmad. But the Kou Empire Princess is around and that revolt is bound to hit them sooner or later. They need to hurry up and it’d be nice as well if Sinbad made his move here.

I really do feel like Sahbmad will be the one left in charge here. For Alibaba I don’t think moving forward necessarily means becoming King right now. He may have the qualifications, but I think he needs to keep on traveling and growing before he can take on that kind of burden. 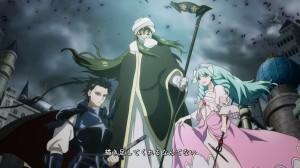 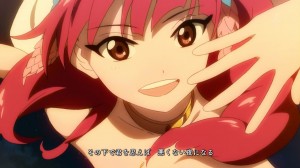 So, we got a new OP/ED this week which was nice. First I’ll say this OP improves because of the two seconds of dancing Morgiana XD. But really, I think overall it’s a pretty good OP to herald in the next part of this show. The song itself isn’t anything special to my ears, but it’s not bad either. The visuals are nice showing a variety of locales and I’m sure a crazy amount of spoilers. You really get to see how big this cast is once again, but still getting a good amount of focus on the main group. Think I can certainly stand watching this every week. 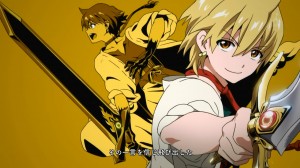 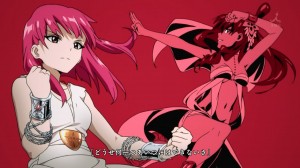 There certainly was plenty of complaints about the tone of the previous ED. This one at least shouldn’t be seen as being as “upbeat” as the previous one. It’s a pretty simple one visually. Juts mostly a few stills of various characters posing. But that’s not a terrible thing really. The song itself is alright, though I may not end up remembering it once the series is over. I thought the last ED had a better song, but maybe this fits the mood of the series better. 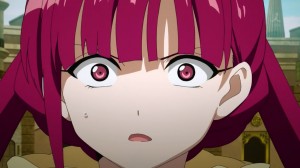 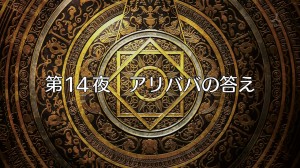 This was probably one of the better episodes in a while since it finally let Alibaba step up. I will say that’s a weird effect on Alibaba’s hands when he grips Amon’s sword. I certainly might be a bit more concerned about that than happy about the success. It seems like we’re getting closer to this arc coming to a close. Though it will all depend on the order of events and whether Alibaba can get through to that idiot Ahbmad.
Score: A