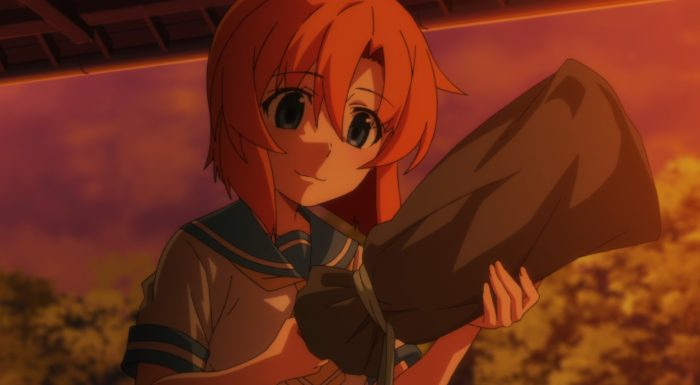 Here we go again. With a season of rest we are right back to it with Higurashi. The one surprising element is that we get the first two episodes coming out together. The episodes themselves weren’t very surprising though. This was basically what they set up at the end of last season. We are seeing a complete reveal on how the previous season started. I’d like say we got some major surprises, but we honestly didn’t. The only technical surprise is that Rena went out to murder the woman that her father was interested in. That is a nice extra detail. But it doesn’t change anything since we know why this is happening. Sure, there are motivations that made Rena hate this person. But it almost doesn’t matter since Rena was drugged about halfway through the first episode and none of this is on her. 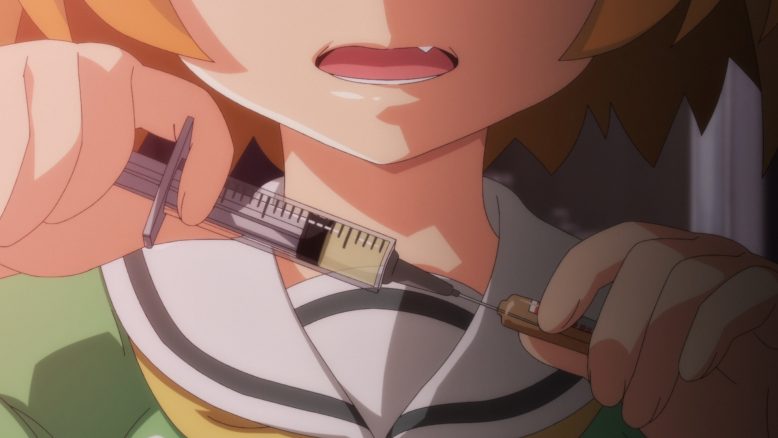 I think the core issue I had with these first two episodes is how they are both necessary and yet not necessary. Not going to spoil details. Although what are spoilers for the original show worth anymore? But when the original did this sort of approach it made sense. There was still a mystery going on at that stage. So learning extra information (like with Rina here) added to the overall mystery and made for good speculation. But here there isn’t any mystery since we know what is going on, why it is going on, and who is behind it. Learning about Rena and her father is nice background for people. But it doesn’t really have anything to do with the plot. Rena is so drugged up that she’d go nuts for any number of reasons. All that changes is the victims and how she attacks. 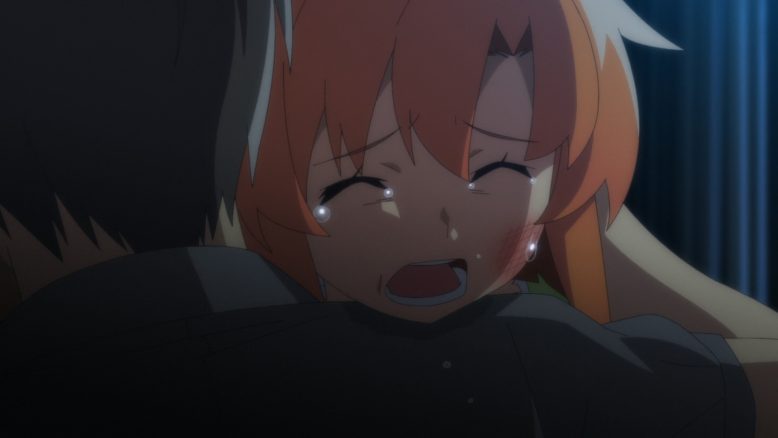 Most of these episodes was building up Rena who admittedly didn’t get to do much of anything in Gou. But we only get so much of the real Rena since she is drugged up for much of these episodes. It is good for newer viewers to see what kind of history Rena had and what position she was put in. Her mother…wow she messed things up. Not only did she cheat on her husband, end up pregnant, and leave him. But she even intended to take Rena with her and created a very cold divorce. She cheated on him and left. What was up with not allowing him to contact her? What a cowardly approach to handle a situation that was mostly on her.

Not that her father is a perfect saint. While reacting to all this badly isn’t a shock, he definitely didn’t handle it well. Getting violent with his daughter because he’s pissed off at his ex-wife isn’t a great thing. And then he just goes in a terrible direction of blowing the money he has on drinking and Rina. I don’t want to throw as much on him since he was blindsided by things. But he has made a lot of issues and was going to put himself and his daughter in a terrible position with no conceivable plan for the future. Kind of funny that while Rina seems to have realized her mistakes through the repeated loops…that Rena’s father hasn’t. 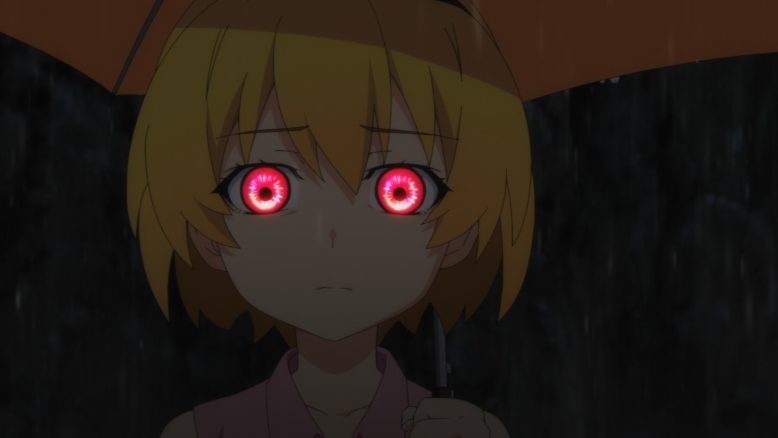 Despite there being two episodes to talk about, I don’t have that much to say here. I suppose we could talk about our main antagonist Satoko. Her focus in these episodes was all about pretending to have a soul. Apologies to Rena and future people she is going to hurt while not sounding the least bit moved by her own words. I can’t even say Satoko is trying to convince herself. She just seems to instinctively believe that her relatively stupid motivation here is justified. That hurting all of her friends deeply for the sake of Rika not moving away makes any sense. Heck, she’s talking as if she’ll create a utopia once Rika decides to stay behind. Ignoring that the only reason she has support from the devil backing her up is because it is amusing. A utopia probably isn’t going to be amusing enough for her.

All of this ignores that everyone was pretty well happy. Keiichi and company were moving forward with their lives and didn’t seem all that troubled. I doubt we’ll get to see much of what they were up to while Satoko was making herself miserable. Of course it fits that Satoko is crazy enough to think she’ll make everyone happy despite being the only reason they aren’t happy right now. 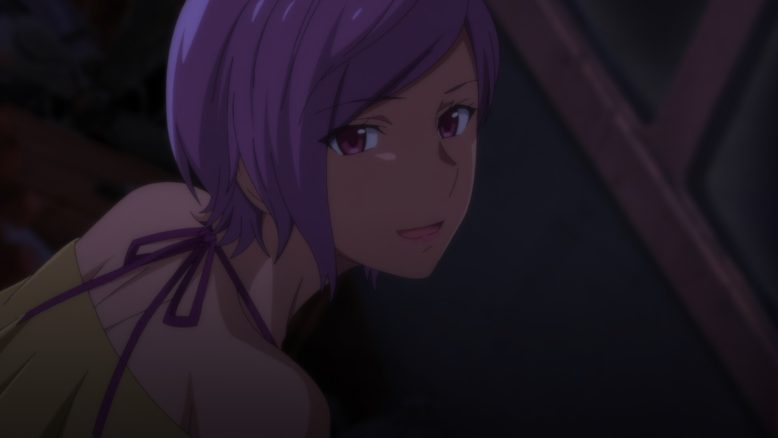 “Do you need me to put my head in the noose?”

The only other moment of note was the murder of Rina. Not because it was all that important to the story, but because they really wanted to have a big horror scene. Part of me really feels like everyone behind this (including the original author) has lost track of the point here. Higurashi is not just about big horror scenes. Both this season and last season it feels like they are just upping the over the top death scenes purely for the sake of having them. Rina couldn’t have made this any easier without hanging herself. I almost wonder what Rena’s plan was to kill Rina if she hadn’t literally walked up to her. If nothing else it was a fairly memorable murder scene. 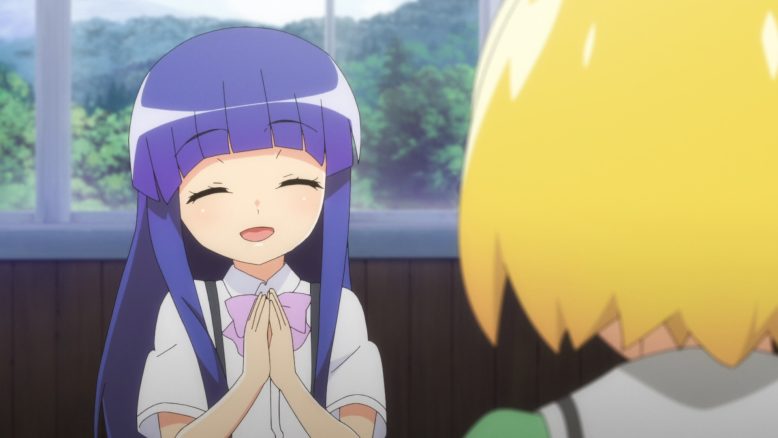 Rika deserves better than this

These episodes were fine. They served their purpose of showing why the first arc of Gou happened the way it did. But, I’m also feeling a desire for us to move this along. We know that Rena is going to try and kill Keiichi and she probably will kill Rika. There’s not much tension since we know what will happen and that Satoko herself doesn’t want either her or Rika to survive this. I’m legitimately mixed on whether I’ll continue on with episode 3 or not. Higurashi still as a whole remains a big series for me. But, we know what the next month or two of this will entail. Just showing Satoko sticking Rena, Mion, Ooishi, etc with drugs and watching chaos result. I do want to see how this plays out though. So we’ll see how this all goes.