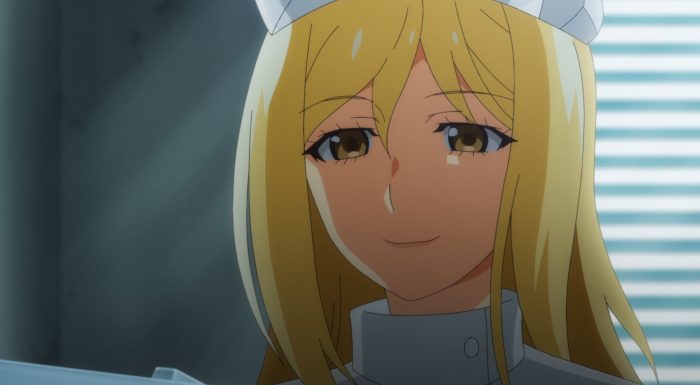 The final episode of Gou has arrived. Of course it comes with a bit of extra information about what is coming up for this franchise. But the main focus here was establishing how Satoko would deal with the issue of Takano and start preparing for her absolutely evil plan. And I agree that this was a solid move since they might as well get across how those things played out. That way we can go into the next series knowing that Takano isn’t a factor to worry about (may even have to rely on her later) and focus on the main issue. Just how do they deal with Satoko when she’s got this level of power and an insane will to use that power? Not sure, but we’ll find out soon enough. 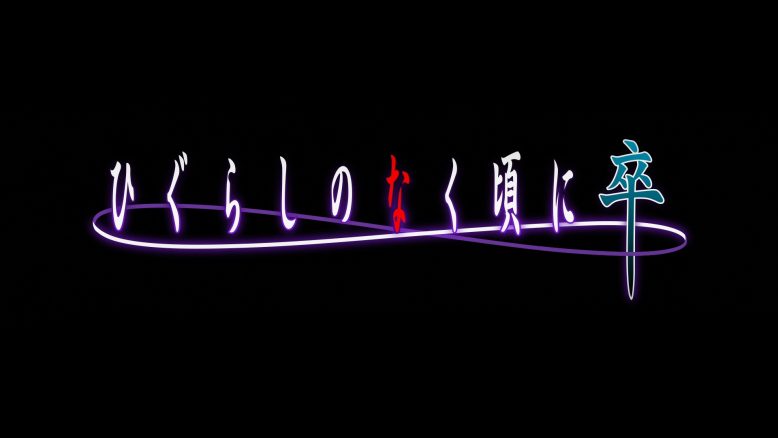 And so it continues…in a few months

So we might as well start out with the announcement of another season coming for this show. That did seem a given with the pacing they were using the past few weeks. With the pace they were on it was inconceivable that they would be able to actually conclude anything within this final episode. It might also sound weird to say, but I’m glad we are getting a season off between Gou and Sotsu. The Statoko reveal and flashback has been pretty grueling to get through. Watching a lunatic go through a purely evil plan for pitifully weak reasons kind of hurts the motivation levels.

So a good break between this and summer should allow for recharging the batteries and hopefully seeing the focus shift back to Rika. If I’m never seeing events from Satoko’s perspective again I’ll consider that a win. The villain has been established. So let’s please just move on to actually defeating her and getting to what I’ll hope is a satisfying conclusion. And yeah if you put Sotsu and Gou together you basically get the Japanese word for graduation (I believe) which makes sense. I pray we never have to put these characters through horrible experiences ever again. 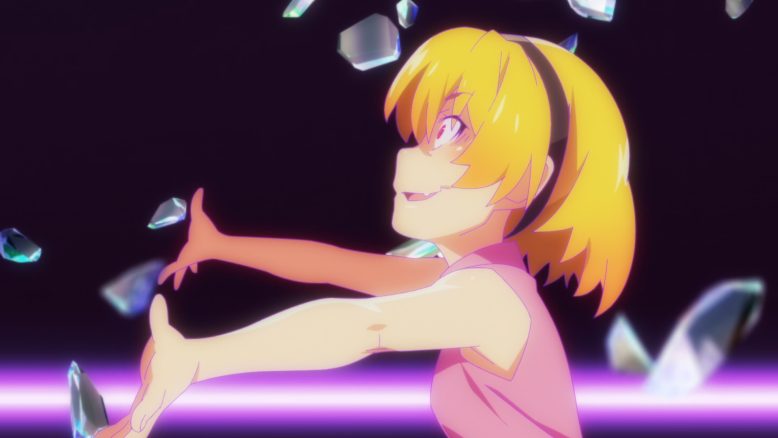 She’s a few cards short of a full deck…

I guess we can spend another episode review talking about how utterly screwed up Satoko is. Her perspective at the end is horrific if not fitting for someone so detached from the value of life. She can easily do horrible things to people because once she gives up on a world it has no value to her anymore. She can detach the crimes she’s committing from the people she’ll meet in her make-believe perfect final world. Someone needs to give this girl a crash course on multiverse theory. Those other worlds aren’t illusions or unimportant ghosts. They are worlds that will keep on spinning even after Satoko unleashes hell within them. She’s going to kill hundreds if not thousands of her friends and ruin innumerable lives and feel not a shred of guilt about it. She’s absolutely a monster.

At the absolute best Satoko is just an idiot. Best case scenario she’s just deluding herself into thinking that the moment she dies is when that world just stops existing. Which is absolutely moronic since she’s seen Rika’s journey. When Rika died…the world kept spinning. That didn’t help Rika of course, but it kept spinning. I’m not sure if they are going to slap her with the revelation that she’s ruining the lives of thousands if not millions for her stupid plan and I’m even less sure if she’ll care if they do. 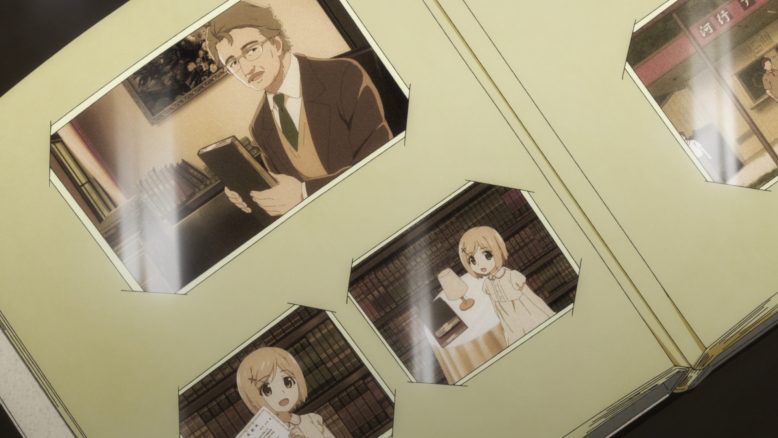 They needed to use this episode to establish Takano’s backstory. Might as well explain the motivations of the antagonist of the original series before Gou finishes up. If nothing else this gives me the chance to express more respect for Takano. She was evil to be sure, but at least her evil was understandable. Even this episode doesn’t give the full picture since that would require way more episodes, but it gives a highlight pack of Takano’s story. Which I guess in a sense describes Gou pretty well. It’s a pretty decent highlight pack for the original story while moving on to do its own thing. Takano was saved and dedicated her life to her ‘grandfather’s research’. Then that research was treated like trash by people and she couldn’t stand that. Putting everything on the line to prove that he was right…no matter how evil she had to become. 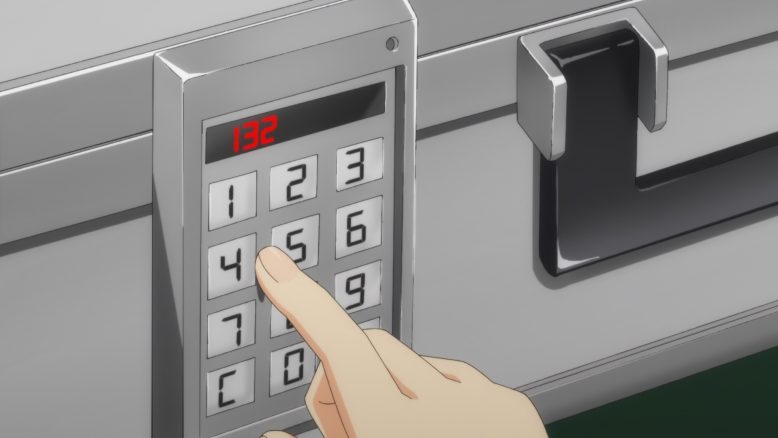 While I’m not sure that I buy the letter finding Takano and stopping her will to continue her path forward, it is fine. They needed to relatively easily remove Takano from the picture. Otherwise you’d have Satoko having to help stop Takano and then putting her own evil plans into motion. If she can just stop Takano entirely then Satoko can focus on being an inhuman monster. Since Satoko has almost full control over fate and destiny anyways it seems easy enough to make sure Takano finds that letter and stops her actions. Heck, the scene of Satoko unlocking the briefcase either establishes that she can loop at will or she’s ready to kill herself hundreds of times for a code. In a sense she has an unstoppable advantage over Rika in that Rika has a human heart and spirit. 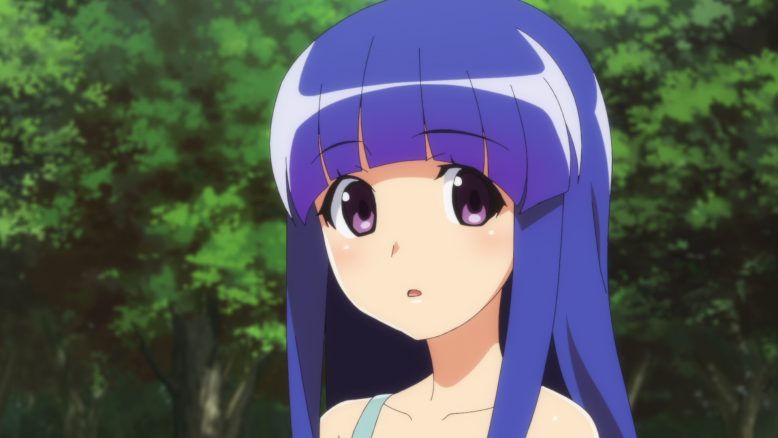 I am legitimately glad to let this one end for now. Which is probably a terrible thing to say. Higurashi Gou has been an interesting ride. There have been some legitimate highs to it. I enjoyed trying to figure things out and having Keiichi and Rika back in the driver’s seat for much of the show. The opening episode ending with the old OP song from the original show was great. It did honestly start slipping when Satoko was fully revealed as the villain with her motivations being really terrible. But there’s room for the story to bounce back with the focus likely to shift away from her and to the actual protagonist again.

Fully appreciate those that have been reading along and commenting. It made doing this a lot easier. Not sure I would have gotten this far without that back and forth. Now I can put this show to rest for a few months and look forward to Spring.