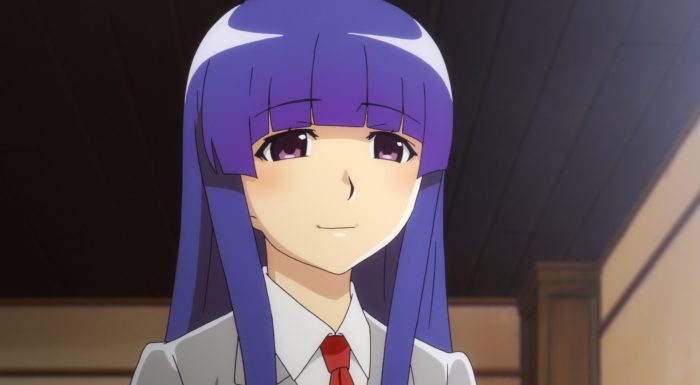 This episode did a good job establishing the path forward for Rika and Satoko. We finally get to see how their lives started to unfold. It is a bit easier to see how Satoko ended up with the mindset that Rika should never leave both Hinamizawa and her side. What greater happiness is there than that? Certainly nothing good could exist in a school outside of their home…We still don’t know how this all got started for Satoko in terms of convincing herself that the deity of their village doesn’t want Rika to go anywhere much less how she gained the power to do what Rika had been doing. But, we can see how Satoko started to get unhappy with things and could start going off the rails. I wouldn’t be surprised if the next episode is the last for the flashbacks. 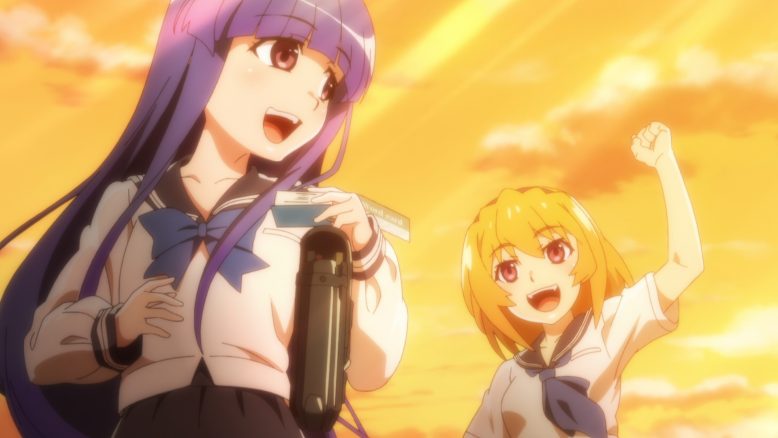 I really enjoyed the aspect of this that was just things being bright, fun, and looking forward to the future. It was legitimately enjoyable to see Rika aiming for what she wanted. I at least appreciated Satoko going along with it even if she was constantly thinking that Rika would give up on the idea sooner or later. Because that makes sense. From her point of view Rika hasn’t openly shown an interest in going to a school like that before now and she didn’t appear to care for studying. So it would be logical to presume she’d give up on it. Satoko doesn’t know that Rika has been suffering through a grueling hell for over a century. The intense desire to go somewhere else and to experience a completely different lifestyle would be incredible.

Rika likely had been harboring that dream to keep herself sane and once she truly had the time to go for it then of course she’d chase it down. Of course she’d show little interest in studying. For one…she’s been going to that class and learning those subjects for so long that she can’t care about them anymore. Hard to be invested in studying the same thing for the hundredth time. Plus it wasn’t worthwhile to focus on studying while fighting for her life. And beyond even that, if Rika stayed in the village how far did she need to push herself? She was a religious figure and would take over the Furude Shrine legitimately at some point. While she will need some knowledge for that…she doesn’t need to study that hard. So long as she finishes high school that likely would be enough.

The difficulties we can see in this episode for Satoko were both understandable and partly her own doing. She had to know that she wouldn’t enjoy that kind of place. The amount of studying needed to get in partly reflected the studying needed to survive it. Ironically while Satoko has the air of a rich girl character type, she also doesn’t fit in with that setting. Understandably she didn’t want to separate from Rika. The motivation to ask Satoko to join her in studying was reflected by Satoko’s wish. Neither realized the reality though. Rika really did want this. A lifestyle that was completely different from her existence in Hinamizawa. Fresh days that were incomparable to the life she lived before that she could finally leave her pain behind her. It might have been easier if Satoko hadn’t gotten into that school. 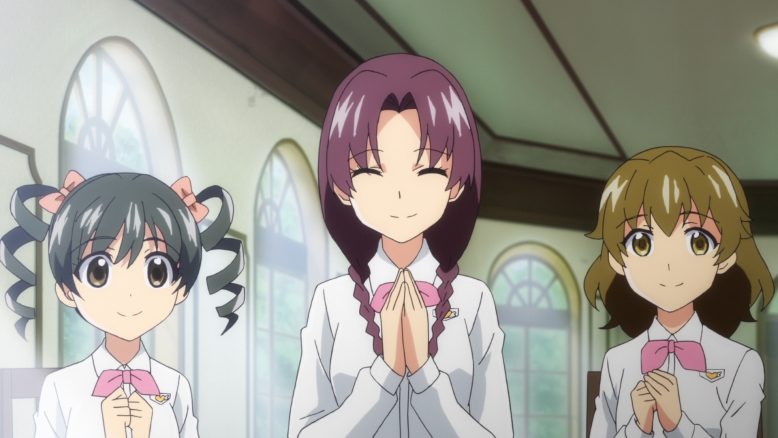 Rika really had no issues in that school and it is no surprise that she thrived there. She’s far older mentally than she looks and a high society discourse likely appealed to her sensibilities more than staying very casual. It’s just a real consequence of Rika having lived through so much. Her very outlook on the world isn’t the same as the original Rika that started down this tragic road. She is still herself, but her experiences changed her. Satoko at that point hadn’t been through as much and so her outlook on life was different. The things that Satoko and Rika both enjoy just changed. Of course that can happen for friends in general, but it just hits harder in this situation. 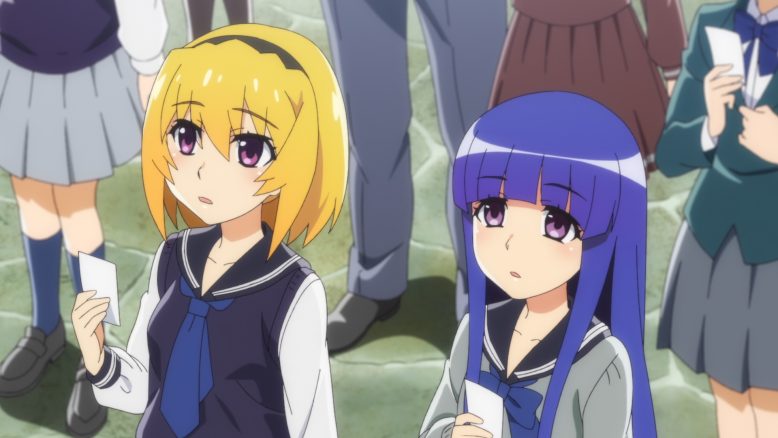 I wouldn’t be completely surprised if the stress of this situation did bring her condition back. In that sense I think Irie (who I still give props for supporting the educational pursuits of these girls) should have foreseen. The educational system in general can be intense, but all the more so in Japan. Throw in a school with really high standards then you are risking a lot of pressure going onto the students. And the downside is that Satoko’s motivation wasn’t as high. Rika knew she’d have to work hard to get in and maintain her standing. But that was fine since she absolutely wanted what that school had to offer. Satoko though…she based her entire being on Rika being there. Studying so hard and serious classes just didn’t suit her and you can throw in a natural distance growing between them just to make things even harder. 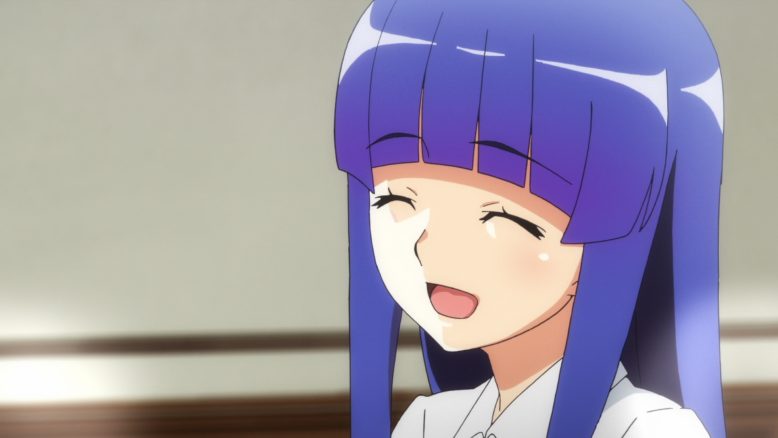 The difficulty though is the ending. I get a lot of the issues Satoko is having and her frustrations. But there is a pretty solid line between discontent and turning into a murderous psychopath. Again if her condition kicked up I could see her running into issues. And honestly it has to be the condition because I’d lose a lot of respect for Satoko if this is all on her. It’s understandable that she wanted to stay by her friend, that she wouldn’t fit in, and that she’d struggle to be open about her issues. But in the end she didn’t think about what life would be like at that school, she didn’t take Rika’s goals seriously, and she has cornered herself. I empathize with Satoko to a certain point. But nothing can excuse what she’s done. These next episodes are going to be key and should be interesting.