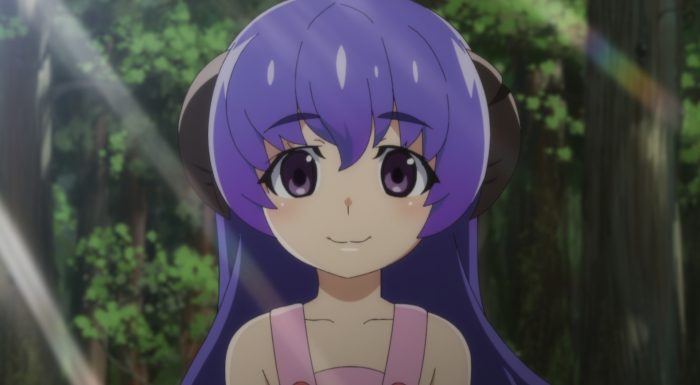 So, we’re finally getting some answers! On the downside it is almost impossible to talk about this show without referencing the original series. I don’t think it is a spoiler to say that the events we’re following here come after that series. We’re in full sequel territory now. Which makes it all the harder to know where to draw the line since things like Takano’s behavior might not make as much sense to new viewers. I probably won’t have a separate section here since there isn’t that much to discuss in that sense. But I’ll also avoid talking about events not shown in this episode. Hopefully that will work. 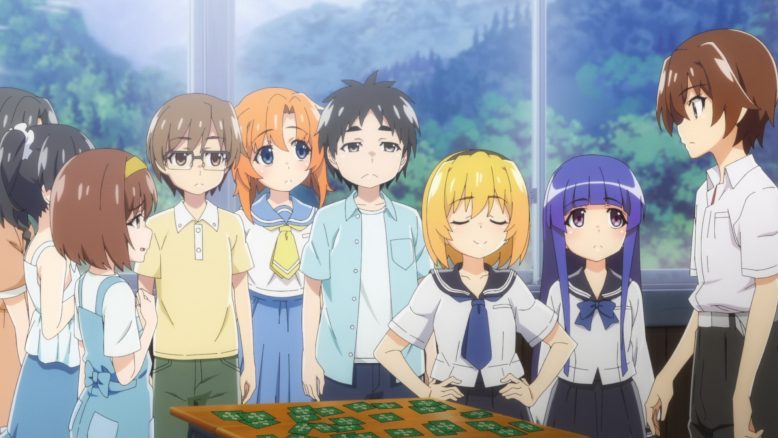 I did somewhat think we’d actually continue at Satoko pulling out a gun, but I guess we’re building up to that. For the time being we seem to finally be looking at how things played out after Rika’s original hellish adventure. She finally achieved safety and secured her life. Takano was taken in (with less consequence than I’d say she deserves) and the town finally started returning to a sense of normalcy again. People start moving on with their lives instead of repeating the same tragic events over and over again. Mion moves on to a school outside of Hinamizawa and now Keiichi and Rena have taken over the club. 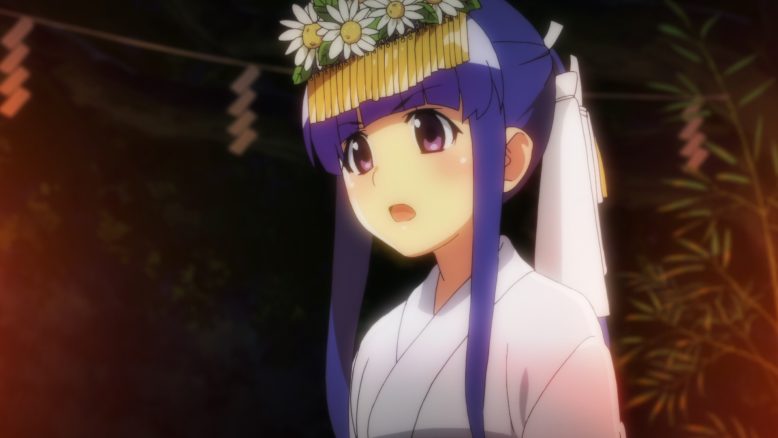 Things are changing and for Rika that is a perfectly valid thing. She’s been stuck in that town for an incredibly long time. Let’s put a century as the low bar for what she’s cleared. Now she hasn’t gotten to live a life beyond that of a child which makes her mental and emotional situation a very complicated thing. Seeing things change is a nice evolution for Rika. Of course it isn’t all good, but she’s not really upset with that. Keiichi and Rena’s club being far less extreme than the one Mion led makes sense. And Rika who has been through so much is probably more connected to those older style of games. But she’s not letting that be a big issue. This is the change she’s desperately wanted and she’s seeking more of it with going to school away from Hinamizawa.

The issue of course is that for Satoko that isn’t a good thing. I’m a bit surprised she’s this upset about it though. Her whole life has been inconsistent. Bad things happened in her past and have constantly changed her status quo. Keiichi was fairly new to the town when all this craziness got started. Her brother went ‘missing’ and let’s for forget the killing even they barely avoided in the opening of this episode. I guess that could mean she’s desperate for consistency since she’s never had it. But I kind of feel like that would make more sense from Rika who could end up terrified of change since she’s never had a chance to experience that. But instead it is Rika aiming forward while Satoko appears to be looking backwards. She’s apparently recovered from her illness. But I suspect a relapse is related to all this happening. 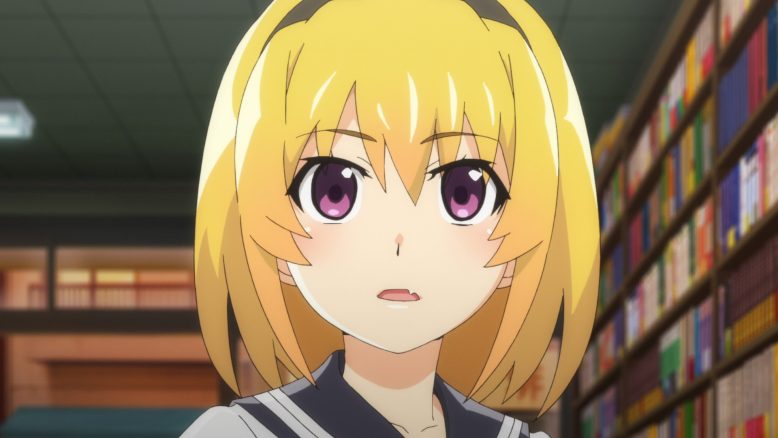 So this is why she’s going evil?

It really is a shame for Rika how this has gone. You can see the efforts she made to make things better in the village. She gathered the other two heads of the village and orchestrated a public stance of “ok, the dam war is over so let’s move on.” To help Satoko of course, but also just to put an end to a past that contributed to the horrors Rika experienced. I’m sure part of it was that she intended to move on and yet wanted to leave the village in a better state. She even intended to have Satoko go with her to the school so she wasn’t abandoning her. Whether Satoko refused to move or she failed to get into the school we’ll find out. But, Rika did just about everything right and yet seems to be getting blamed and punished by Satoko for no good reason. 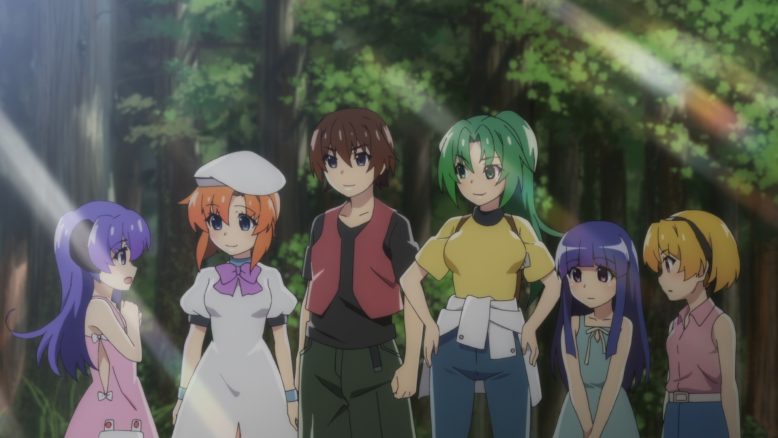 In some ways this was one of the more enjoyable episodes for me. Since it just got to the point of explaining things and showing what happened past the end of Higurashi Kai. If you are going to make a sequel then you might as well just get to that part of it. But of course that’s just my perspective. I do hope that this whole series has built up the story enough that moving in this direction isn’t too jarring for people. Kind of hard to tell people to go and watch the original at this stage with only so many episodes remaining. Hopefully we get some justified answers and this plays out well.