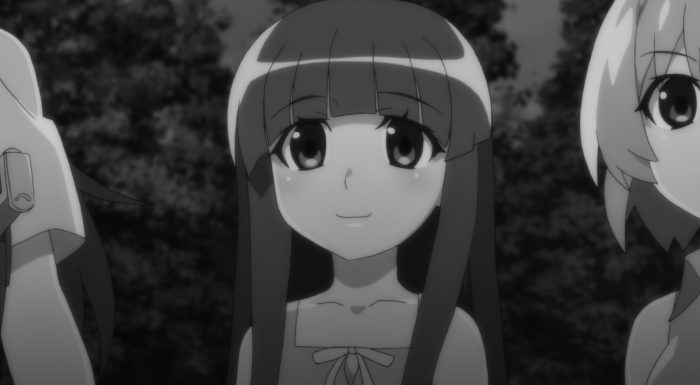 I’m really not sure how to feel about this one. If it didn’t end on a creepy note, I might have actually been really angry at this episode. It was legitimately leaning on a ‘lesson’ that would make me want to throw the whole into a burning inferno. I don’t even want to entertain the ridiculous concept of Rika going through this hell because she had the nerve to want to leave Hinamizawa. Ignoring that this happened years after she left and was going to a new school and if it was a curse she should have been cursed as soon as she took the exams to leave. So that doesn’t make much sense anyways. The very idea of it though is beyond aggravating. This girl suffered a century of hell. If she wants to move, then all the power in the world to her! 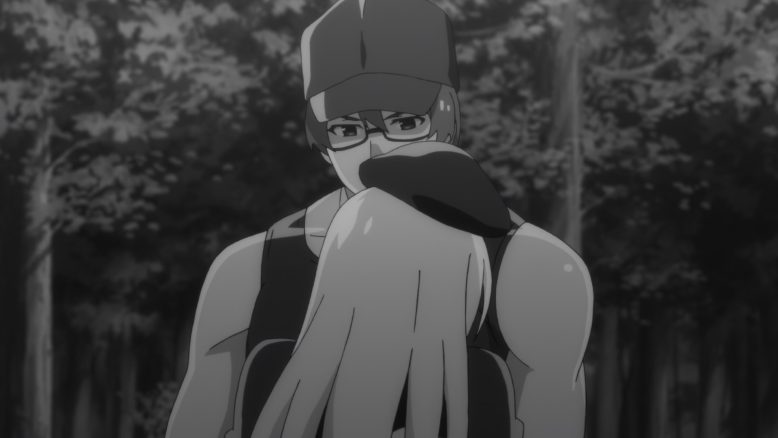 It just doesn’t work on any level. She went through this nightmare because she moved away? I mean really? What sick deity would even work around that concept? A nightmare scenario where a lone girl has to survive a century of horrific and traumatizing experiences is ok, but her wanting to leave is a horrible crime? I’m concerned about Rika that she even bought into that logic. This series existing as some cosmic punishment for an unbelievably minor act would be something that I’d snap over.

This episode is one of the harder ones to discuss without talking about the previous series. They are using a lot of flashbacks that just doesn’t make any sense unless you saw what happened. It isn’t the worst thing of course. The whole Tomitake and Takano scene would probably seem a bit weird without context, but that’s all. Can’t really say anything about that scene so will just have to move on. 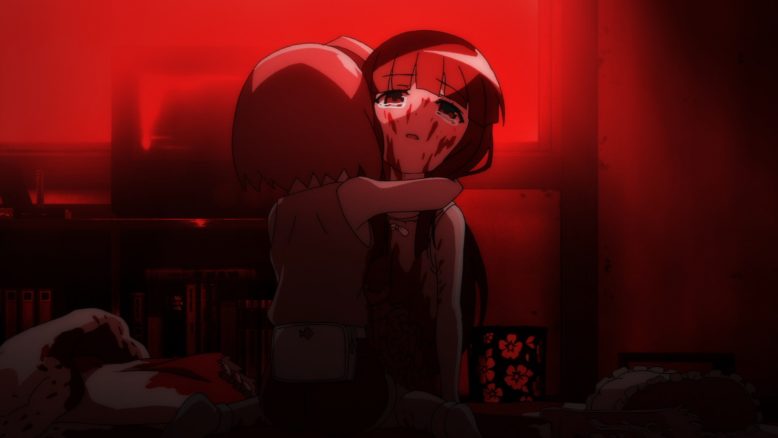 This will be out there…but I’m starting to think this anime is stretching the concept of human ability for the sake of extra gore. I was able on some level to give a pass to Keiichi surviving a thousand stab wounds and losing so much blood that he probably didn’t have in his entire body. But this one was pushing it. Rika was cut in half! How the heck is she surviving for several minutes to have this conversation with Satoko? What was in those pain killers? Was it actually super soldier serum? Is Rika is actually Deadpool? I know they were going for intensity and shock value. But I almost have to re-assess Rika’s situation based on her near inhuman survivability. If it takes that much to kill her…how did she die so many times? 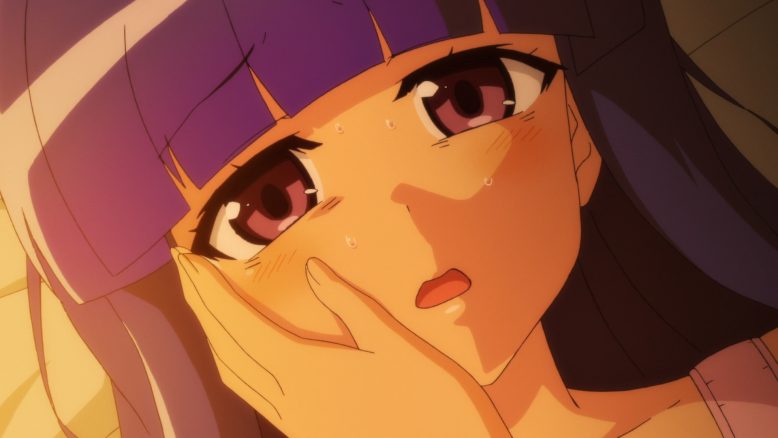 Easily the most uncomfortable episode in the series. A very long-running torture for Rika. Both mental and physical. Satoko after already opening up Rika’s gut and apparently destroying her spinal cord managed to keep killing her for almost three quarters of the episode. Holy smokes show, can we dial it back a little here? I’m not really sure this was worth it or necessary to get Rika to apparently give up her suicide plan. 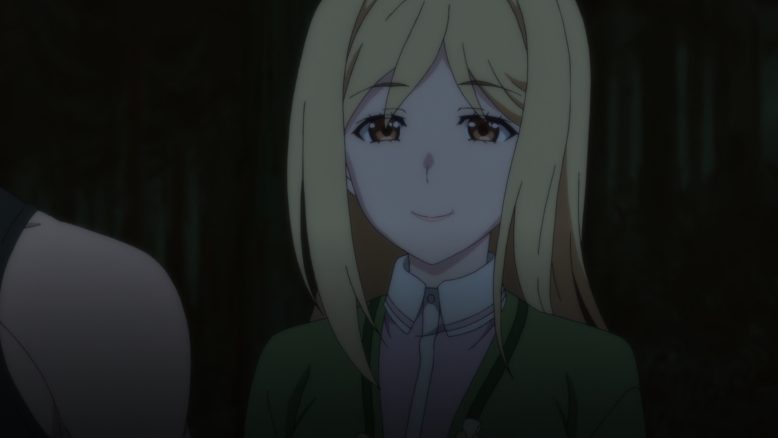 I regrettably say I’m thankful that the episode ended on a slightly unsettling note. If we just have casual episodes that affirm that Rika was at fault the whole time for the horrible crime of wanting to leave a source of trauma behind…then I’d be very disappointed. I presume this next episode will be the end of this arc and we can hopefully move forward from here. Although I have my doubts if they’ll actually let Rika leave this place and not lock her in on having to live there for her entire life. 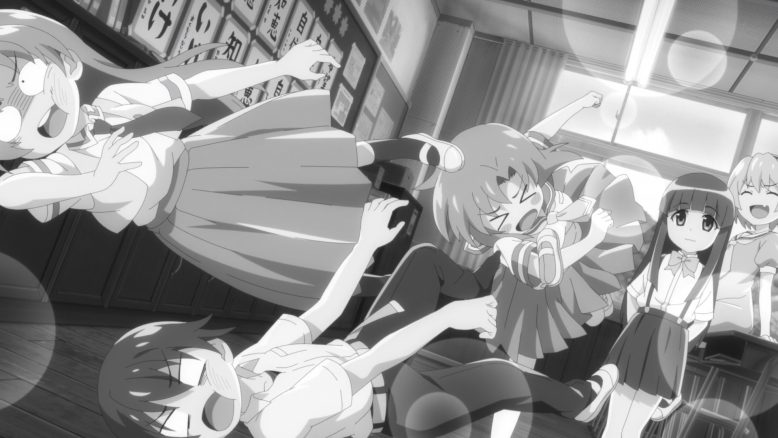 Full series knowledge or not…this episode really pushed me to the brink. Yes, the physical location of Hinamizawa did nothing wrong and most of that horrible show was because of Takano. Sure, she had really good friends and good people around her. Many of which murdered her at one point or another! But sure, they were all nice. I’m still not remotely buying that she was in the wrong for leaving. We already knew from other arcs that Rika doesn’t actually have to be there for people to stay sane. Arcs where she died and it never was found out right away didn’t result in a purge because there was no point. The theory of the Queen carrier dying leading to mass hysteria wasn’t a thing. 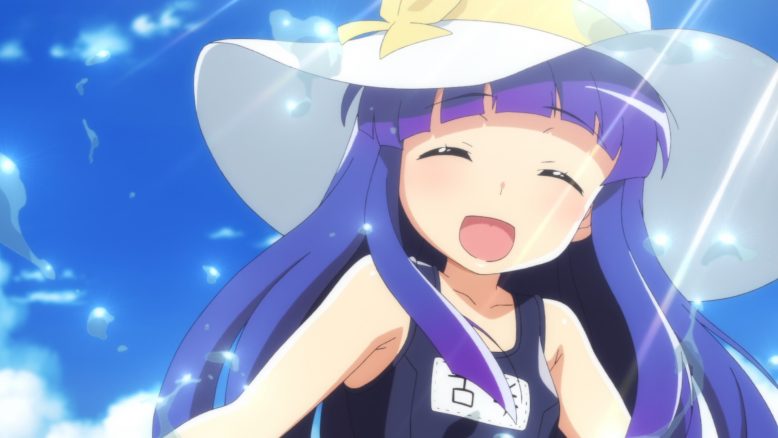 What really eats at me though is that we know who the deity of this area is. Hanyuu would not drag Rika into an eternal hell because she moved away. Not unless her character had a colossal dark side that was never revealed in the original franchise. Yes, Hanyuu could get intense when needed. But she loved Rika and kept her looping because she wanted to get her into a good future where she could live happily. It wasn’t done out of spite. Heck, their senses were linked to a degree so anything that Rika suffered through was going to reach Hanyuu as well. So she sure as heck wouldn’t do it and there was no sign of higher deities within Higurashi itself. I’m not going to delve really into Umineko since I barely remember what I’ve seen of that. 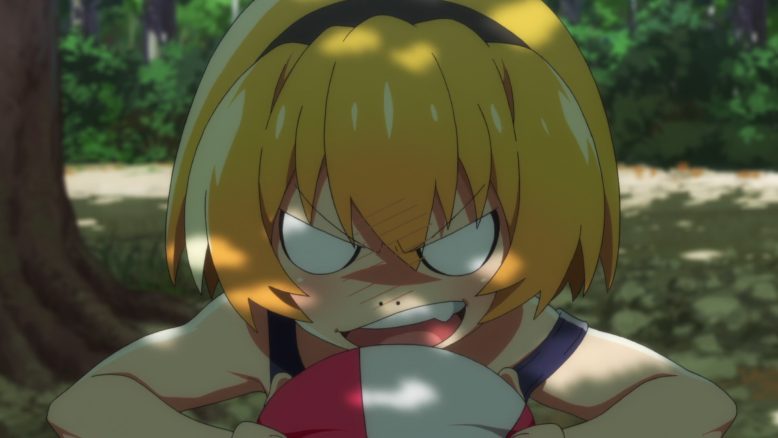 This next episode better end with some good reveals and cut out the stuff thrown around here. Rika should not have to suffer some eternal hell for something incredibly unimportant. You can insert an alien doing this because they thought it’d be hilarious and that would be more satisfying than the idea of this being some punishment for moving. Let’s see where this goes.