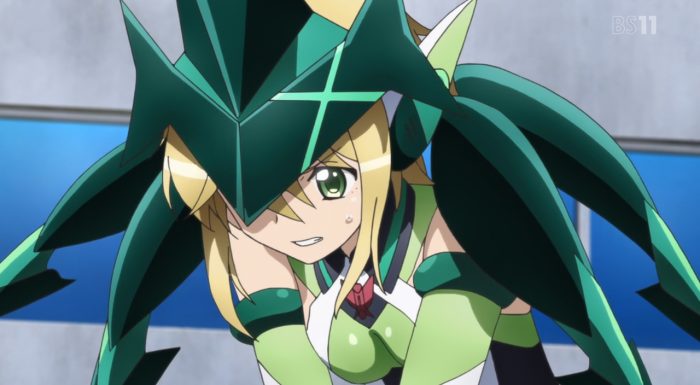 It really is something how Symphogear still manages to slip in a couple quick fights even in an episode that is more character focused. They technically didn’t clash with the Illuminati this week, but the show still found a way. I will say though that the training room scene and Maria’s mental world did fit into the story. It makes sense that Kirika and Shirabe would just say “enough is enough, time to grind out some levels.” While waiting on Elfnein sounds nice and all, but the enemy isn’t going to wait for them to get more Linker. So it makes sense for them to just try and improve their synchronization through repetition and effort. They also did build up that something was going on with Maria’s gear and that might be the key to them gaining new abilities. 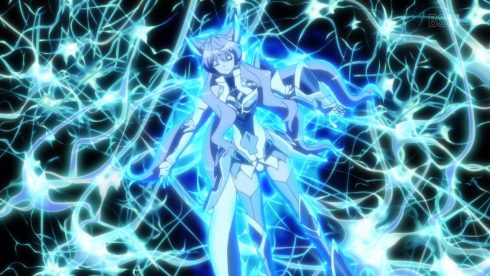 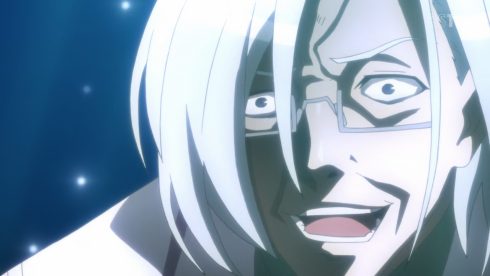 There is nothing wrong with a bit of conflict within the group as well. I can understand why everyone was worried about Kirika and Shirabe overdoing it. But at the same time I can see why they’d be frustrated as well. Hibiki’s had problems with her gear, but this is different. Even when Gungnir was purged from her body she was still able to easily take Maria’s version away from her. She can’t really understand their feelings of constantly struggling to use their own powers. They’ve had to rely on drugs from the start and people are going to die if they can’t get through this. It is dangerous to push their bodies, but at the same time waiting just isn’t really an option any longer.

At least an option exists. It really would have been nice if Ver had just left the existing formula in an easy to understand state. Of course who knows how things will play out here. I’m still not sure if this is Maria’s subconscious image of Ver, if this is ghost Ver, or if this is some kind of AI Ver that was in the data chip he gave to Maria. We heard what he said, but I think next week will be more important in figuring out the truth. Regardless it does seem like next episode will be a breakthrough that will allow Maria, Shirabe, and Kirika to rejoin the action. And that is probably a good thing since it isn’t like the main trio can reasonably rely on using Ignite right now. This definitely isn’t a good time to have less firepower. 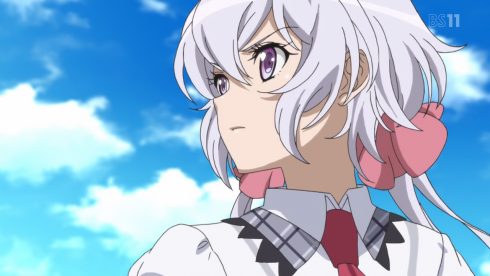 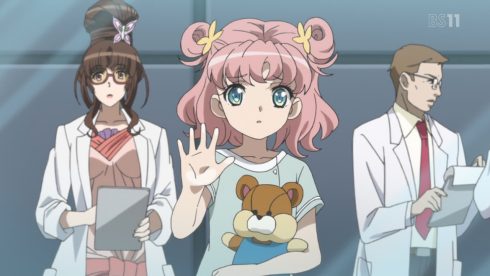 The flashback and memory sequences were good for fleshing out Maria a bit more. Some characters have more room left to grow and explore than others. We basically know everything about Hibiki at this point. Chris is getting some attention this season and we’re probably going to see Tsubasa confront her family situation too. The flashbacks though were pretty rough. It shows how darn brutal FIS really was for these kids. It is kind of amazing that Maria, Shirabe, and Kirika respected and cared for the Professor as much as they did. She was pretty darn brutal and that was before she was trying to turn them into terrorists. Clearly she understood how wrong she was later on, but that doesn’t make it pleasant to see her inflicting injuries on those kids.

Chris remains seated on the drama pain train. Naturally Stephan is coming to Japan for surgery to get a prosthetic leg. They have to find some way to bring this story back to Chris both for more drama and also for resolution. I do get the feeling we’re heading in a direction where Chris sees the good in the bad. The ED kind of makes note of that anyways. But despite there being no perfect choice she can find good in what has happened in her life. She has lost a lot, but right now she has loving people that care about her and a way to protect people. That isn’t such a bad thing. But right now she’s just hurting from not being able to make things turn out the way she’d like. She still knows this was the best of the options available. Still hurts though. 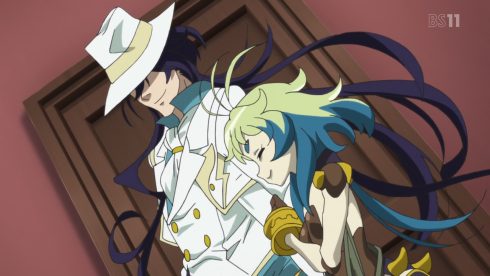 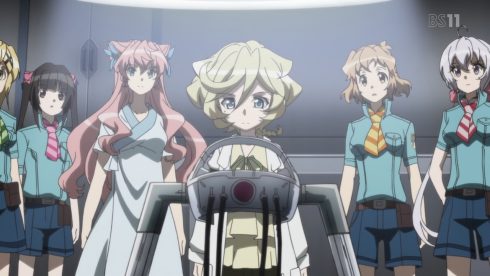 I liked what we heard from Kirika’s new song. It was somewhat lost amidst the action and cutting away to different characters. Overall though I think it will be a good song for her. I am also curious about the likely duet songs we’re going to get at some point. You don’t tease those pairings and then not have various duet songs ready to go for later in the season. One good thing for this season is that we’re not slowing down very much. The action will be right there again next week with a race against time for Maria to defeat the creepy version of Ver in her head.

So far the Illuminati remain on the same page. Saint Germain is also still hesitant to really listen to what Hibiki has to say. It is fine to believe in what you are doing, but when you shut out everyone else it becomes an issue. At least she does currently have her lackeys with her, but not sure how much I really trust those two to keep Saint Germain from going down the wrong track. At least Adam is taking a vacation. I wish Tsubasa’s grandfather would take a vacation…what a piece of work. The whole group almost got nuked into oblivion, but he’s pissed they can’t prevent people who can teleport from….teleporting into places. Sure, they’ll get right on that. Genjuro needs to punch that old man into a wall or something and soon.