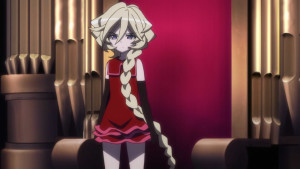 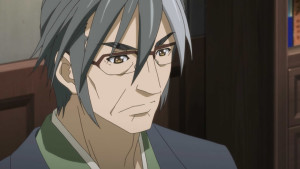 As expected this episode carried forward some of the father issues that have been building up in the show so far. Tsubasa getting the main share of the focus with bits of attention sprinkled to Hibiki. It seems that the focus on Chris will be saved to next week (likely). It was a bit of a surprising episode in terms of what exactly was going on with Tsubasa’s family which is a heck of a lot more messed up than I expected. I’m just going to presume her grandfather is either dead or in prison since what he did has to be counted as rape. Not a ton of details, but that is pretty screwed up. Wouldn’t be surprised if it took her ‘father’ some serious time to figure out his feelings on that.

I mean damn…how do you even respond to that? The idea that her grandfather impregnated the wife of his son and made that baby the heir to the family. It’s just so damn creepy and weird I’m not sure what to say on this. He didn’t like the options with his sons taking over the head of the family position so he….has another kid? This is the kind of weird person you expect to see try and clone himself. Regardless I’m sure it took some time for her father to just deal with that kind of screwed up situation. Though I could certainly believe him actually dealing with it relatively quickly and still considering her his daughter despite all the weirdness of the situation. 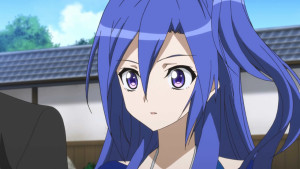 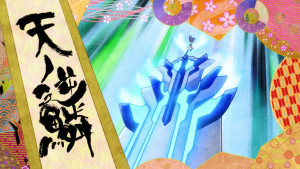 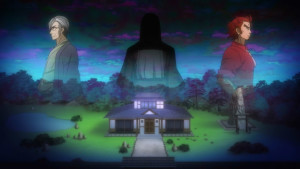 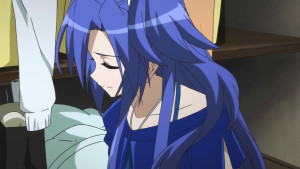 The important thing was really how her father decided to deal with the situation. In the end he must partly have wanted to rebel against his own father’s intentions and also keep Tsubasa out of a toxic situation. Of course I’m not sure it was the best option to go with or the best way to try and look out for Tsubasa. He really only managed to make her see herself as a weapon and a tool. There may have been a hope that along the way she’d find a way to chase her dreams and become a whole person, but that was putting a lot of work onto his brother. I just think if he wanted to push his daughter away from the household there was probably better ways to do it.

In the end it all works out I suppose. Tsubasa found her own reasons to fight and managed to do so as a person once more going after her dreams. The wings she gained with Kanade haven’t been lost yet. She just needed a push from those around her to not fall back into her old beliefs. Having Maria around was certainly a save in this case. A support who could both push back at Tsubasa’s father and give Tsubasa herself a push forward. I’m not sure what exactly convinced Tsubasa’s father to dump the stupid act. Maybe it was seeing in person how his daughter was ending up or seeing that she was going to die at this rate because of the direction he pushed her to. Either way he finally got the truth out and that helped immensely. 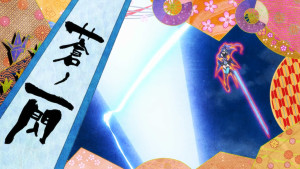 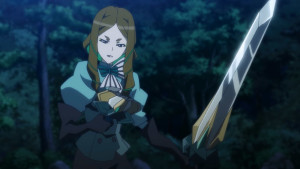 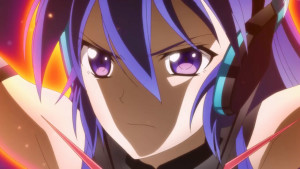 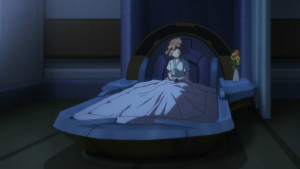 Of course as is standard the plot is moved along with the death of another Autoscorer. As was the case earlier, the Autoscorers are targeting shrines and focusing their efforts on the ley line. It’s tied in with Carol’s plan to end everything. Once again the main plan was finished so the Autoscorer picked an additional fight in order to be taken down by that Ignite Module. They aren’t making it easy, forcing the symphogear users to really push and struggle to get the win. It made Phara a tough one for Tsubasa. A sword breaker that destroys anything thought of as a sword. Which could have been very deadly for Tsubasa herself with the mindset of being a sword like she’s had. Thankfully she found that her wings were more important and she used that to smash Phara. Makes sense, if that weapon can destroy a non-sword that is thought of as a sword, then a sword that isn’t thought of as a sword can kill her XD.

The other father situation is much less resolved right now. I was a bit surprised to see Hibiki’s father being so persistent in calling her. He didn’t seem that invested in trying to bridge the gap with how he did it so lazily. But maybe getting shut down by his daughter and realizing he is very likely to lose his family forever at this rate pushed him to be more persistent. Since we didn’t actually hear from him, it’s hard to really read his attitude. For all we know he’s gotten arrested for something and needs Hibiki to pay the bail amount XD. Regardless, it is easy to say that she is not doing well right now. Hibiki is pushing the issue away and trying to keep her eyes closed. No matter what she says, trying to just ignore her father at this point just is going to make her miserable. 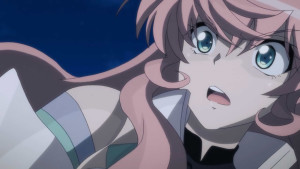 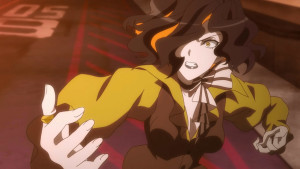 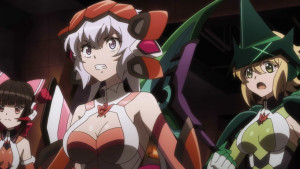 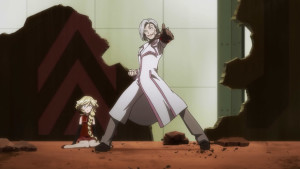 Can’t talk about this one without the big “holy crap” moment of the episode. Ver’s escape! It makes sense that someone who is partially fused with a relic like him wouldn’t be kept in a regular prison and would be kept in a place like that. It seems like Chris may have accidentally busted open his cell while she was firing missiles like crazy towards Carol. That crated the opening and now Ver is out to create chaos. Luckily if that is the case….Carol shouldn’t have any desire to join up with him. That kind of psycho working with her would only be dangerous to everyone. While Carol could see some value in using him as a tool, I can’t see her risking such a long-term plan just for the sake of a potential tool. Plus….she seemed pretty freaked out when this guy popped out.

I do think that Ver will simply be a catalyst for Yukine’s character episode and a means for Carol to escape. She will probably get away with the Yantra Sarvaswa. But it may be damaged so she can’t immediately kick off her plans. Either way it will likely cause Chris some real distress since her actions allowed Carol to get away. They will have to deal with Ver. I don’t expect him to be a long term threat, probably just for the next episode. One question is how this will trigger Chris’s dilemma for the season. Whether she will simply beat herself up over not being a good senpai and screwing up or whether Ver’s existence will remind her of past failures like with Solomon’s Cane.

It has been interesting to see Chris basically replace Maria in terms of the team buildup. She’s made a lot of effort to stick around with Kirika and Shirabe when she can. While Maria has other things going on, Chris seems more interested in building something there. Guess we’ll see how that dynamic plays out next week. 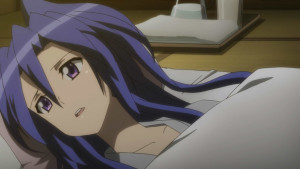 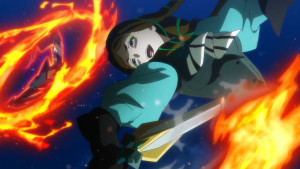 Overall I enjoyed the episode. It did have a pretty weird set of moments with Tsubasa’s family taking center stage. Tsubasa basically got a reminder that it is ok for her to focus on her dreams. That has been a very consistent issue for her. Dragged out into the battlefield while having other ambitions in her life. I feel her wavering is pretty natural, especially when considering her family history. Maybe this time she’ll be able to dedicate herself to her d reams and continue moving forward.
Score: A-