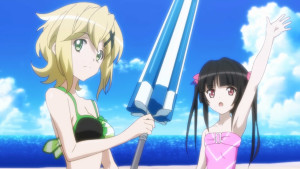 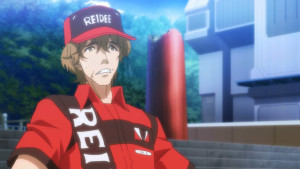 The story continues forward as we begin to get some hints as to what the Autoscorer’s and Carol’s plan is here. Though it isn’t without a bit of mystery. While I’m sure that Garie was surprised by the fight at the end, she still went out there intending to get killed off. Even Elfnein being with them and creating the Ignite Modules doesn’t seem to be outside of expectations. The goal didn’t seem to be to target the gears this time and perhaps the plan all along was to damage the gears so everyone would have to upgrade. Now they are getting the Autoscorers killed so that something is going to happen. Perhaps they need to be destroyed by a certain level of phonic gain for the plan to proceed.

The other major part of this though was the arrival of Hibiki’s father into the plot. You could suppose it was a given that he’d become a point of focus. Fathers have been a big part of this for Carol, Hibiki, and Tsubasa. Sadly for the other gear users they are basically orphans so….fathers aren’t as much an issue as a whole lack of family. I’m curious what part they are going to play since they can’t really relate to this issue for the others. How things turn out with Hibiki’s father will be interesting since he could easily get killed just to push things forward or be a major part of Hibiki’s growth as a character. This is something she’s basically been keeping out of her mind for a long time and now she’s got to face it. 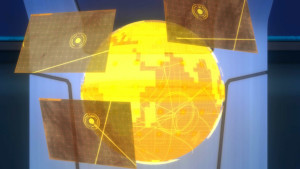 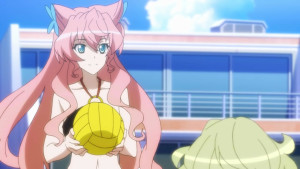 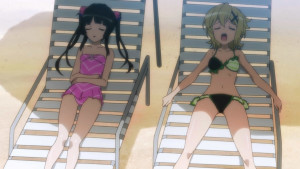 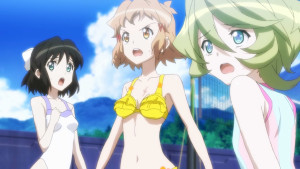 This was a mix of a a training episode, a beach episode, an action and plot episode. I’ll give the show credit for putting a lot of different stuff into this one and still moving the story forward. Yeah it was a chance to stick the main girls into swimsuits and have some fun with that, but it was a chance to unwind that they all needed desperately. The last episode was the first time the main cast has been able to catch their footing and not be on the run. It was also a chance for a group that basically were enemies during the last major incident to relax as a group. They’ve had some time to get used to each other, but not as much as one would think since Tsubasa and Maria are major idols and the school girls are split up in different years.

Obviously training was part of the goal, but not really the biggest thing. Being able to get used to using the Ignite Modules is important, but mental recovery is a nice thing to have. The irony being that they did get training in, in a sense. Garie’s assault forced things with Maria which made it all the more complicated. But, the light-hearted nature of the trip wasn’t a bad thing in my view. All the characters having a bit of fun for a change after a series of tough fights was a positive. Plus of interest was the data they found on that photosphere. Can imagine that is going to be connected to the plot going forward, perhaps something that Carol needs to complete her plans. 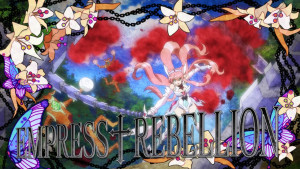 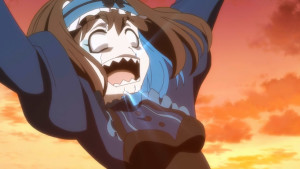 The development for Maria in this episode was nice to see, as well as her connection to Elfnein. They really helped each other out in this episode and both grew a bit. Maria really suffered in season 2 for being a mess of a character and certainly weak in mentality. She just constantly made the wrong decisions and supported the wrong people. While she at least fought on the right side at the end, she was easily one of the weaker characters since she just didn’t seem to grow at all. Maria made a great first impression in the second season, but it just went downhill from there. This episode finally gave her a chance to grow and carried forward her development in a natural way. Maria like the others really has been focused on her weakness that lead to the mistakes made last season. This episode showed how that wasn’t the perfect way to look at things.

What Maria needed to accept was her weakness, not trying to wipe it out. Everyone is different and sometimes it’s just better to face yourself. That’s the key from what we saw in mastering the Ignite Module. Tsubasa and Chris might have fallen into that same hole if they didn’t have support from each other. Here, Maria was basically on her own and fell hard. Maybe she more than anyone rejected what she saw when using that module and thus went into a berserk mode. While Hibiki’s berserk mode did help out on occasion, it’s a dangerous gamble since you are losing rational fighting. Just attacking like a beast doesn’t work that well against the most tough of opponents like an Autoscorer. You’ll just get beaten down. That’s exactly what happened.

The turn around came at the end where Maria finally accepted herself and got to kick ass using her sister’s gear. Now I’m curious to see the Ignite Modules for Kirika and Shirabe once they get a chance to use them (perhaps in a rematch against Micha). Maria’s two songs and her transformations were good and I think it was a nice chance for her character to shine after she became the joke of season 2. Here she became a badass who took down the Autoscorer that we’ve seen the most and have the best grasp of. Garie was a twisted and evil piece of work so hardly the Autoscorer we’ll feel badly about taking down. An entertaining villain though. 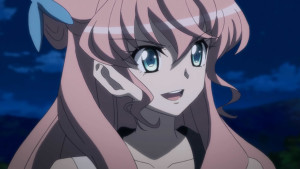 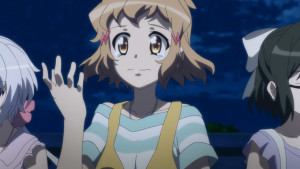 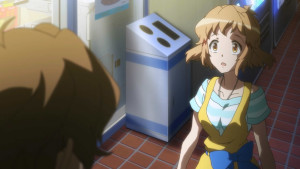 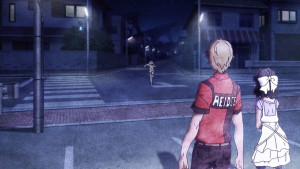 Of course we have to tackle Hibiki’s father and how things will go forward. Certainly like father like daughter with both of them running away from things in this episode and in the past. I did wonder who this guy was earlier with Tsubasa trying to get him to look after those kids and him just running for his own sake. Obviously this isn’t a scene to make him look good, though I do wonder if that’s not fairly normal for people. If a crazy situation is unfolding how many are going to step up and look after those kids and how many are just going to run for it? He should have taken them with him to run of course, but what one should do and what they will do is hard to say until a situation unfolds. I’d rather be the person who helps that’s for sure. Obviously this ties into his own past and you can imagine what unfolded there.

We already know from season 2 that Hibiki and her family suffered massive harassment if not outright attacks after her recovery from the noise incident. It wasn’t a good time for anyone. Hibiki was really messed up by how people were so angry that she survived when others didn’t and the money given to her as a survivor by the government. Can kind of imagine what happened with the personality of her father, though perhaps he didn’t have this kind of personality until that happened. As the head of the household he probably took a lot of heat himself and….well you can imagine he ran for it. Not that I want to give this guy slack. This was his family, he ran out on them and clearly hasn’t stayed in any kind of contact. He looks run down and clearly hasn’t bounced back career wise, but that isn’t an excuse. Will have to see how he and Hibiki deal with each other (once they meet again) and how this will tie into the main plot. Considering Carol’s issue with Hibiki specifically….her dad is a pretty tempting target. 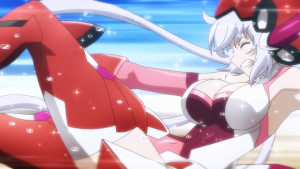 Another good episode for Symphogear. I really enjoyed it, though it didn’t quite have the same extreme wow factor of last week. There was some good fun here though and as always a ton of action. It was entertaining seeing Chris struggle through her song as she had to deal with the surprise tactics from Garie. Not the best opponent for Yukine since it does take time to switch between the various weaponry she has. Look forward to seeing how things unfold with Hibiki and her father, as well as the next move by the Autoscorers. If their plans involve being taken out then we’ll definitely see another big fight soon.
Score: A