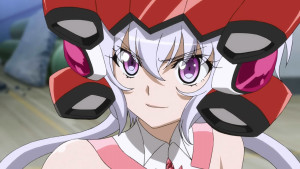 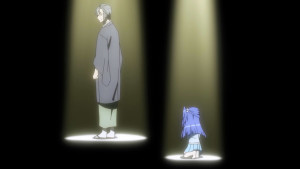 Sometimes this show just has episodes that really go beyond my expectations and this was one of those. I fully expected to see Chris and Tsubasa do some fighting, and probably push Micha back, but that was about it. Instead we got that and so much more. Ignite as a powerup was beyond what I had imagined. It didn’t just make the gears better on a default level (which it did), but basically gave them fairly controllable berserk modes. Plus those modes are just plain unsettling. If you want a powerup that feels like it could go very wrong, this is it. It may simply be an appearance thing, but Project Ignite seems very dangerous. It does make you wonder if those modes were what Carol wanted and she manipulated Elfnein in order to create them. It may be a meaningless concern, but as we know Berserk modes aren’t the most safe of things.

In the end this episode was just a ton of fun and also had some good moments in there. They did get to spend some time focusing down on the issues that are currently plaguing Chris and Tsubasa. Both have survived a lot and endured a lot, but that has left its mark on them. I did find part of Tsubasa’s dilemma interesting. I had expected a lot of things like her dealing with her dreams, but the show made some good points. It seems like her enemies are the ones who really get to hear her songs more often than not and she’s constantly pulled back into the battlefield to become a sword once again. But a sword can’t really hug people….without it making a mess. That is something she’s going to have to tackle. Along with the surprise issues with her father. Damn…I did not expect her dad to treat her like that. Now maybe it’s just how Tsubasa perceives her father, but it didn’t seem like Genjuro was a big fan of that relationship. Either way it’s clear things aren’t great with that parent and daughter duo. 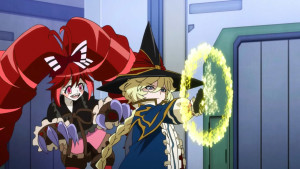 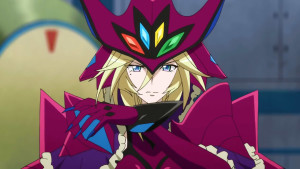 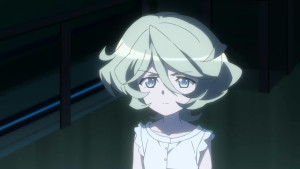 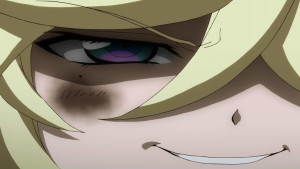 Carol finally stepped up as a villain in this one. I can’t imagine this is the end of her, we’re barely half way through. What is great about her power that basically burns memories to get more powerful is that she can deal with that. She’s been copying her body and memories for centuries. She has spares like Elfnein that she can have take over when her current body fails. It’s a power that has a major cost to the current user, but not necessarily a long term issue. It just shows how utterly non-human this threat is. She’s capable of and willing to damn her current body in order to win. By the end of that fight she didn’t know why she was doing half the things she was doing. I guess in the end it’s something she won’t use constantly since changing bodies isn’t the easiest thing. There is time and effort put into making those bodies.

Anyways interesting how Carol had her own way of using relics. Instead of using them for song like symphogears, she found her own way to tap into that power. Just use your memories as a power source. It now confirms what her Autoscorers have been doing. Draining the memories of people as a form of recharge. All those memories had to be drained in order to get Micha moving. Kind of a terrifying form of power for the general population, they get killed in order to power up these threats. I suppose this fits as a theme since memories really are a key thing here. Carol’s relationship with her father and those memories are a driving factor in her actions in the present. Regardless, Carol had enough power to basically overpower the strengthened Tsubasa and Chris. They had to use the Ignite Modules in order to stand up to her and in the end defeat her. 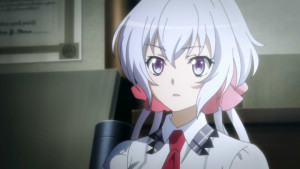 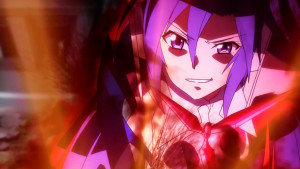 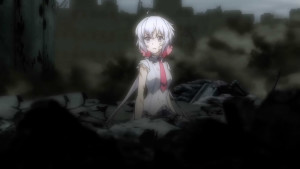 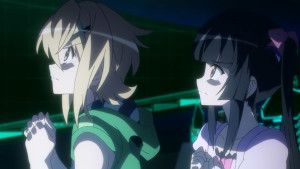 Back to the Ignite Modules, we did get a good look at what Chris is facing in terms of her inner demons. As expected she is still feeling awkward about being in school and living a relatively normal life most of the time. This is someone who had her parents die, taken by human traffickers, and found her way to the big villain of season 1 who basically tortured her and manipulated her. It takes time to try and move on from that. Probably is that doubt that she deserves all these things and if she can’t protect them….then she’s going to lose them. While Kirika and Shirabe may have feelings of being unneeded, it’s Chris who feels the need to protect them and look out for them. She can relate most to their feeling of not quite fitting in. How she deals with these fears should be interesting.

The early fighting with Chris and Tsubasa was fun. We got a repeat of the song they used for the ED last week and it was indeed their duo song. They did a great job just annihilating the Alca-Noise and forcing Micha back. As expected their base output was upgraded, but the real key was the increased defensive capabilities. Now they can take a few hits without being instantly obliterated. Still better not to get hit, but they have options and don’t have to dive around like insane people to dodge every single attack. 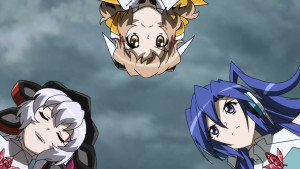 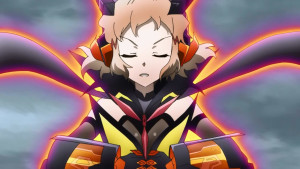 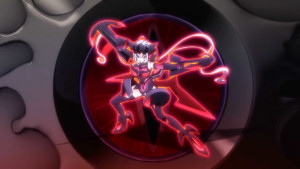 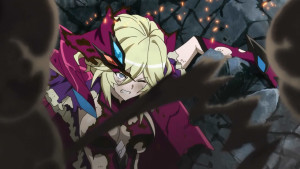 All this leading to the Ignite Modules being used in spectacular fashion. The entire main trio getting changed gears in order to fight back against Carol. They make a fair point that the Swan Song is just too suicidal to be a reliable weapon and the X-Drives are not something they can easily use. X-Drives require incredible amounts of phonic gain which isn’t always available. So having a power-up that they can use relatively easily does have its merits. But in the end it is a controlled berserk mode….that can’t end well. You get a much different tone for the group song they had in the first episode here. Some lyrics change to reflect the darker state of mind, but also just the song itself doesn’t have the same upbeat feel to it.

In the end the Ignite Modules get the job done, but it is a concern. They were able to fight off an incredible number of Alca-Noise, numbering in the 3,000 range. It was the same kind of annihilation they had in the X-Drive Mode back in season 1, just pure destruction. If these things can be used safely they are a massive boost and hard to see anyone standing against them. Thus, there is reason to believe these things will have unfortunate effects sooner or later.

This has to be part of Carol’s plan and I worry for Elfnein. She does seem to be a good candidate for Carol’s next body. It makes sense since memories are the fuel for her Autoscorers and her own relic usage that she’d have spare bodies that still have her original memories. It’s not a huge cost if she can just go into a body that remembers everything. Plus I still have a feeling Elfnein has been manipulated by Carol to make these upgraded gears. Elfnein may have the best of intentions, but that could mean nothing in the face of Carol’s abilities. Plus I expect Carol to be as tough to kill as Fine was. Just because she died here doesn’t mean she’s close to being done nor is her plan finished. 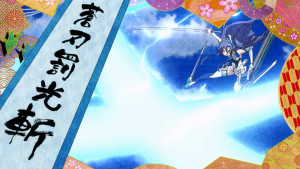 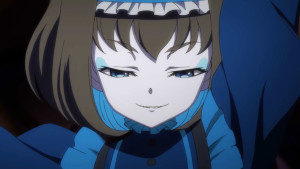 Overall this was a really good episode. I had a lot of fun watching the insane action and also these powered up gears in action. I didn’t expect Hibiki to join the fray and thought she’d be out of it longer though. Considering her gear was basically obliterated it didn’t seem likely to be fixed like Chris and Tsubasa’s gears. I guess they found enough fragments and Elfnein’s alchemy is more amazing than we realized. I can’t wait for the next episode and seeing how things go from here. The main cast has regained their footing and are stronger than ever. But there are worries still on the horizon.
Score: A+