First in line with this season’s anime adaptation from Kirara manga magazine variants is Joukumachi no Dandelion (“Castle Town Dandelion” in English). This was a series I knew very little about when it was first announced some months back (that is, little was available in English) but fortunately shortly before the first episode aired someone made the first couple of chapters of the manga available in English. This not only was a help to my curiosity bit also a plus in terms of a small reference for how faithfully the anime studio might adapt this series. And after the first episode (yes, I know it is early) it seems like a pretty good effort is being put into it – not only in terms of narrative, but also in terms of that “extra something” that the series seems to carry. 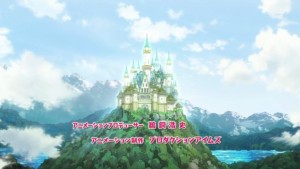 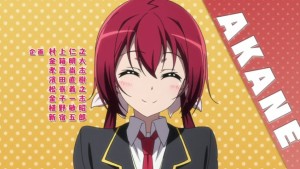 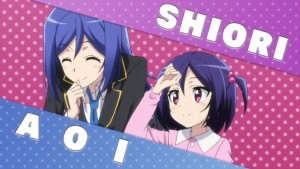 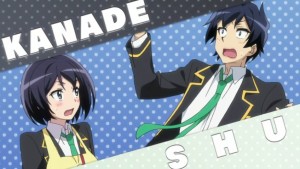 The premise of the series is rather … quirky: “The Sakurada family is pretty ordinary family of eleven people living in a solitary house. Except that their father is the king, and each of children have special powers. Also to ensure their safety and to help citizens decide the next king, the house is observed by more than 200 security cameras.” this surveillance spreads throughout the entire town, incidentally – I think the anime mentioned there being 2000 cameras before the recent upgrade took place at the start of episode one. From this one should realize out of the gate that this is not a “serious” series, but a comedy. But the episode itself showed that it had the potential to be a light comedy with a few moments of quiet thoughtfulness. More of that later though. 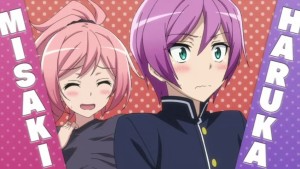 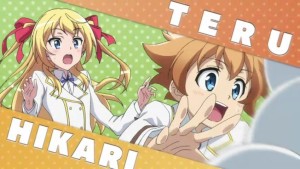 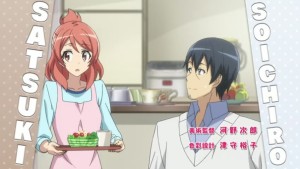 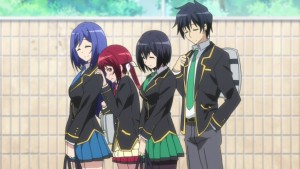 Speaking of the family members, here is a list of them and their special powers: 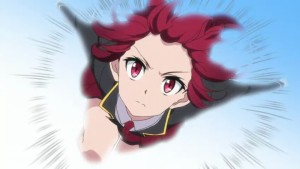 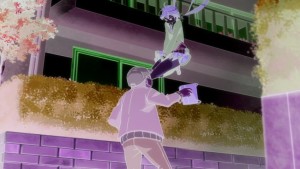 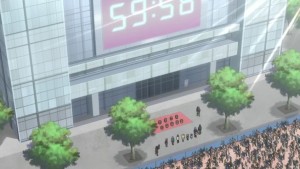 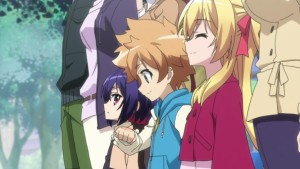 The first episode of the series is primarily an introductory one, showcasing each member of the family and little bits and pieces of their special powers. It seems having these super powers is biological and somehow directly related to being royalty. The story itself centers around a decision the father (the King) has made, and that is that when the eldest child (in this case Aoi) graduates from high school there will be held an election for the the one who will succeed him as ruler from among all his children by the city’s inhabitants; and before anyone asks, yes – that includes the four year old Shiori (who seems to have great popularity as a local favorite) as a possible candidate! Which means that not only is the daily life of all the children under strict watch from the thousands of video cameras in the city, but that the family is also the target of the news media, with weekly updates of where every child stands in popularity vote. Many of the children are used to this to a degree, but it is extremely difficult for the main character of the story – the third daughter, Akane. 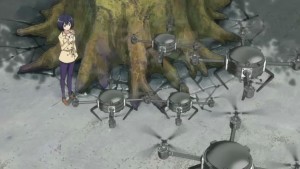 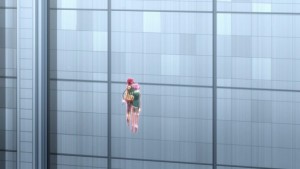 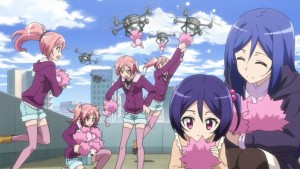 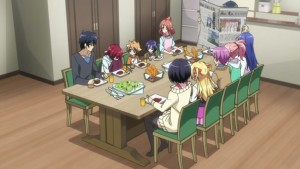 Overall, I thought it was rather light hearted and charming, and also had a lot of potential – but as odd as it sounds potential to go either way; while I do not think it will be dramatically bad something in me tells me it will not be dramatically excellent either. Even so, it seems to be a good mix of oddness and charm to it in its setting and characters. At the moment (still quite early) the weakness is the main character’s (although perhaps only main character of this episode?) shyness oft-recycled for silly, unfunny semi-ecchi humor. Without that recycling the series would be a bit better, I think. This is not “high art” or whatever, but it has some nice moments in it. The video is plenty fine, the audio compliments the visuals. The VAs do a fine job in their roles. (By the way, the singer of the ED reminded me of the same voice that sang the first ED of season two of Yama no Susume. I wonder if they are indeed the same singer?) For this series to succeed I could see it taking better advantage of character and family interactions and gently probing into the family member’s personalities and reactions to the situation they find themselves in – the preview for the second episode, in fact, seemed to hint at the eldest son being the main focus of the next episode. Anyway, will definitely give future episodes a try, though I do not anticipate blogging this one for now.