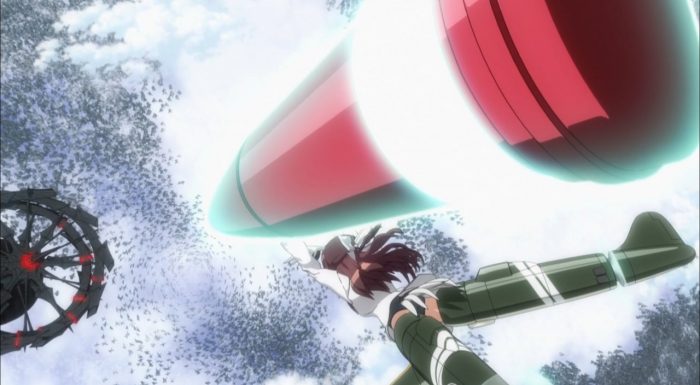 Here we are with the penultimate episode. Looking at this episode, I’m still not entirely sure how to feel. The estrangement between the sisters still hasn’t been fixed, although in my opinion Takami’s behavior is less out of character this time. Not showing up when Hikari is leaving seems less of the deliberate harshness, and more of recognizing that any conversation they have would just be painful at this point. Until and unless Takami completely changes her perspective, recognizes that she was wrong in how she treated Hikari, and apologizes for everything she’s done, anything she tries to say to Hikari right now would just cause them both pain. 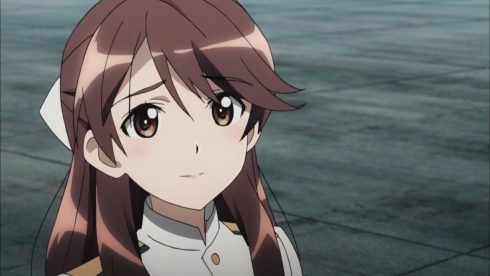 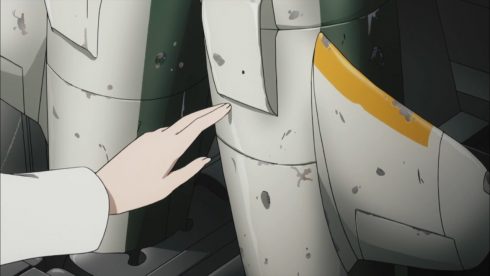 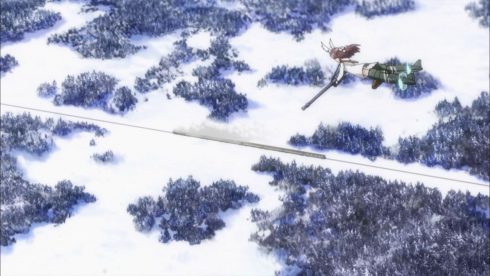 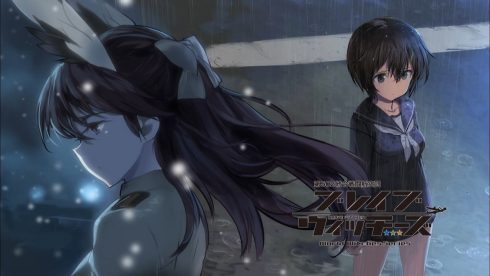 The whole situation is certainly causing the 502nd some pain. As I said last week, everyone has come to accept Hikari as part of their team; part of their family. Seeing her forcefully sent away like this has damaged everyone’s morale. Knowing that it came after such a hard-fought battle to keep her place, and that there is clearly an unresolved conflict between the sisters who are normally very close and love each other very much, makes everyone more uneasy. Takami has been tentatively accepted because of her ability, but she is not genuinely part of the team. Even Kanno is subdued with her, making the important point that, after beating Hikari and taking her place in the squadron, she had better not fail this mission. If, after everything she’s done (disrupting the unit, damaging the team’s morale, crushing her sister’s dream) she fails to accomplish what she’s there for, all of that will have been for absolutely nothing. And if that happens (and they survive it) everyone will have every reason to be pissed off as hell at her. 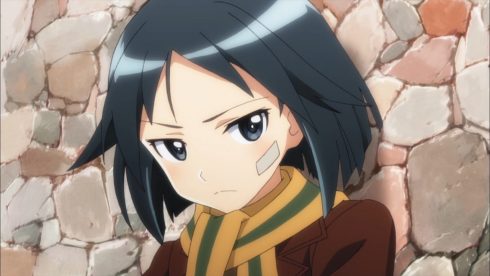 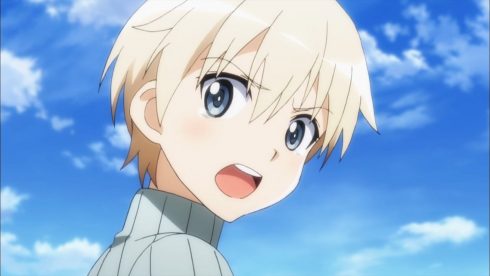 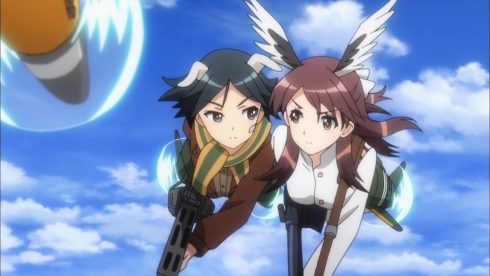 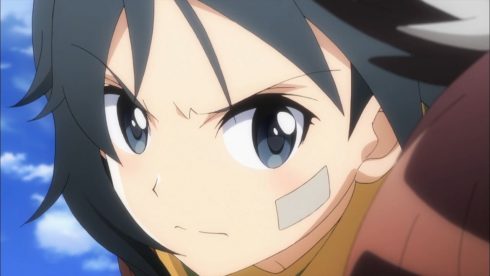 Hikari puts a cheerful face on during her departure, smiling and thanking everyone for everything, but I have to wonder how much of that is an act. She says she feels satisfied because she did what she could, but I have trouble believing it. At least Eila and Sanya showed up again to escort her into Suomus. The two of them shouldn’t be actively part of the 507th at this point, but it seems, due to their proximity, they still help out a lot. And it probably is reassuring for Hikari to have some at least moderately familiar and friendly faces with her right now. 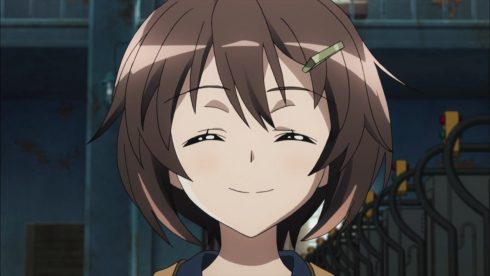 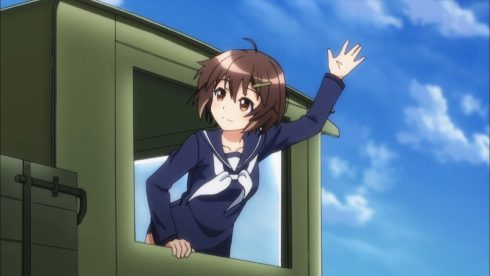 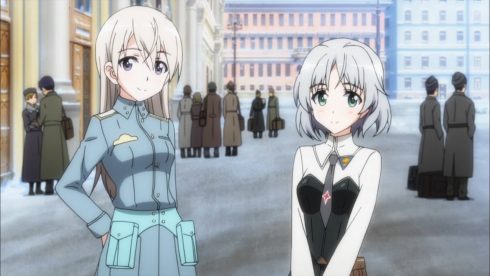 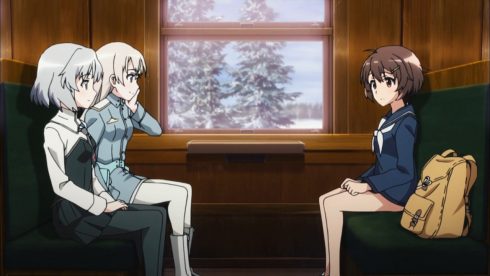 The attack on the hive is very interesting from a world-building perspective. This is the first time we have ever seen any sort of external structure to a Neuroi hive. While Yoshika was brought inside some sort of solid structure in season 1 of Strike Witches, we never saw what it looked like from the outside: it was just an enormous spherical room. And in season 2 all we saw was the core of the super-hive. I’m not at all sure that what we’re seeing here with Grigori is the “standard” shape for a hive, because I’m not sure that Neuroi have standards for that sort of thing. Also, this hive doesn’t look like it would have a space that would fit the room that Yoshika was brought into in the Gallian hive. It’s possible that each hive is completely different, and perhaps even functionally independent of the others. 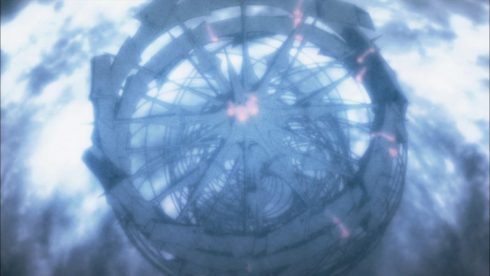 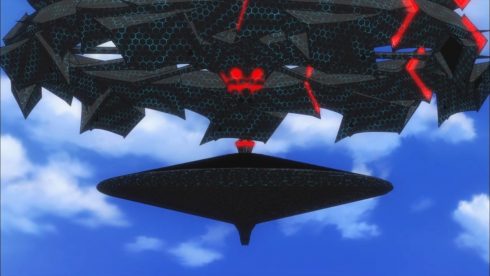 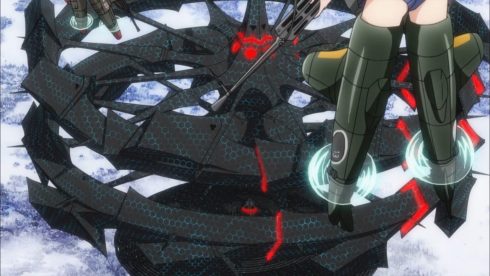 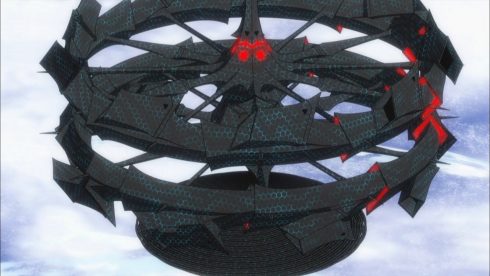 Anyway, enough speculation. The key to this attack is the two railway cannons, Gustav and Dora. Both of these actually existed: 80cm (800mm) railway cannons built by Germany during World War 2. However, history also repeats itself: Gustav was used to some effectiveness during the war, and here it gets its shot off, blasting away the obscuring clouds around the hive. Dora, however, was never used according to my research, and it suffers a similar fate here when the Neuroi concentrate their fire to blast through Nipa’s shield: destroying the barrel. Again, these Neuroi prove that they are not idiots. They know exactly what weapons are really dangerous to them, and focus their efforts on eliminating them. Once that’s done, rather than waste more effort on fighting the witches immediately around them (witches who were unable to actually harm the hive), they start moving again towards the key strategic point of St. Petersburg. 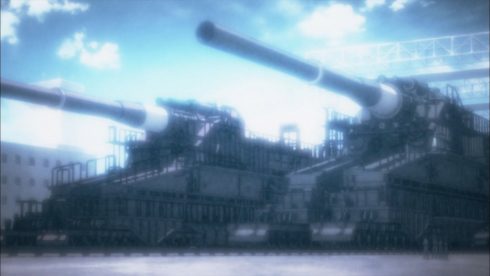 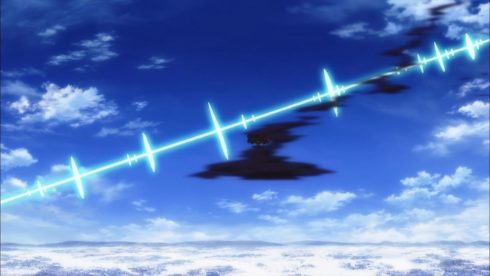 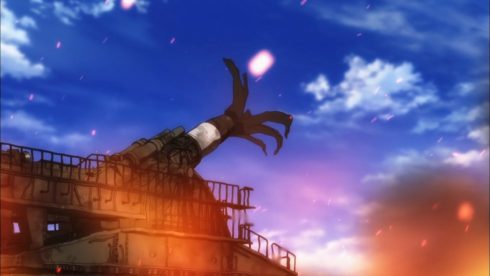 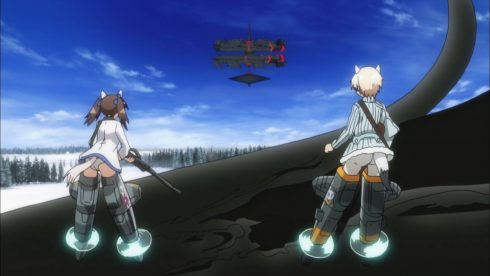 Takami’s plan to drop the artillery shell into the core manually is inspired, I have to say. It’s the sort of thing you’d expect for a hero’s “just crazy enough to work” plan, and under normal circumstances that really should win them the battle. Certainly seeing everyone come together and put all their effort into it, despite their misgivings about Takami, is rather heartwarming. It feels right for a climactic moment. Unfortunately, Takami isn’t the heroine, and the hive is cheating with the “core within a core” trick as well. Worse, it has apparently figured out how to hide the true core from Takami’s infrared-like vision. 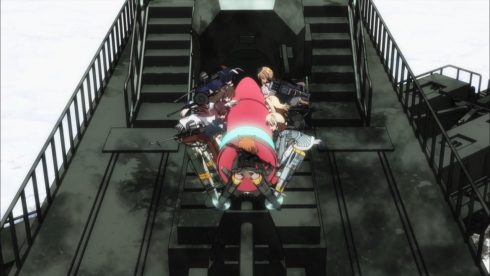 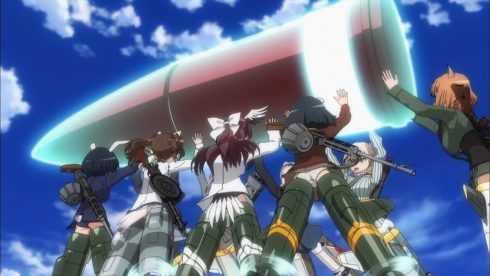 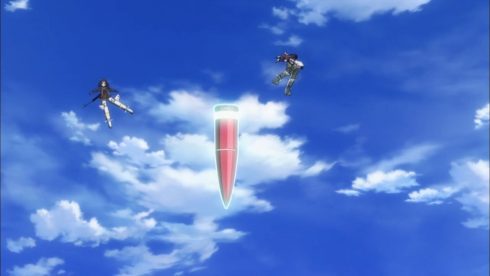 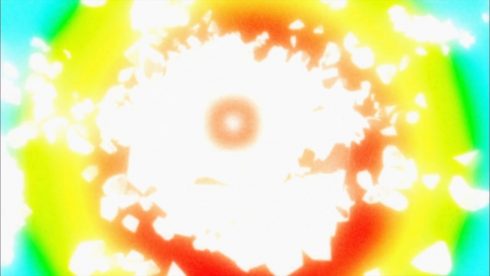 It’s clear to me, as soon as she says she can’t see it with her magic eyes, that Takami is going to try to use her Absolute Eye again to spot the core. And Hikari, catching fragments of combat chatter on the radio, realizes it just as quickly. And she refuses to let her sister do that to herself again. She’s on a moving train, heading away from the battle, with no striker unit, yet none of that matters to Hikari who leaps headlong from the train and charges through the woods towards the battlefield. What she’ll do when she gets there she has no more idea than we do, but she is not going to leave her sister to die without doing everything she can to save her first. 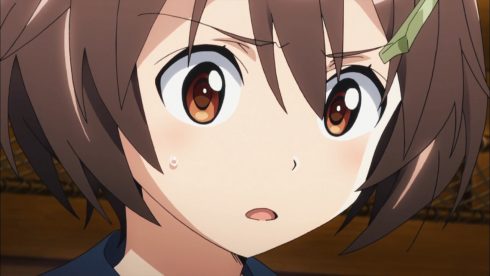 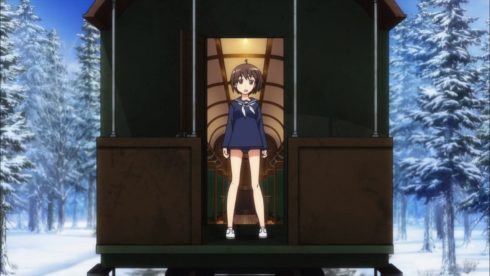 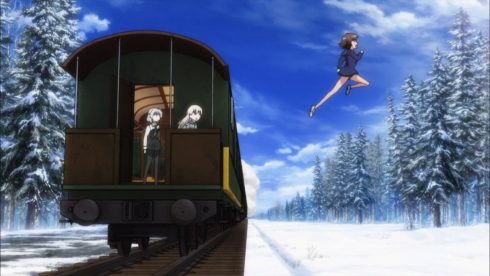 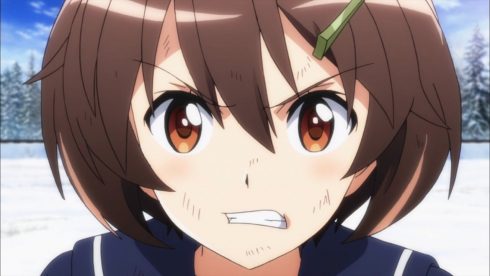 Looking back at it, I have to say now that this was a pretty decent episode. The battle was pretty intense, and we had more reasons than usual to care about how things turned out. I’m still not exactly sure what’s going to happen next either, beyond the basics of Hikari somehow managing to be the key to them winning. Her Contact Eye allows her to see the cores with a level of detail that Takami’s magic eyes do not have, so if she can actually manage to get into a position to use it, it should allow her to locate the true core precisely. But how exactly she could do that starting from the ground, I can only speculate. With only the finale left, things should be exciting next week. 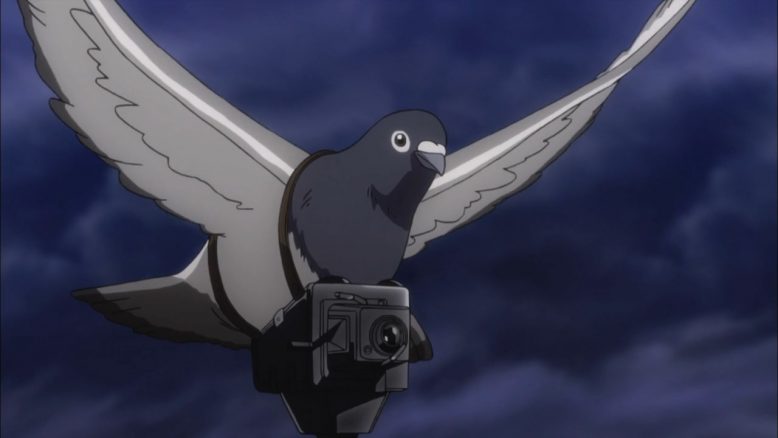 Did you know that this was actually a thing at one point? Google “pigeon photography”.