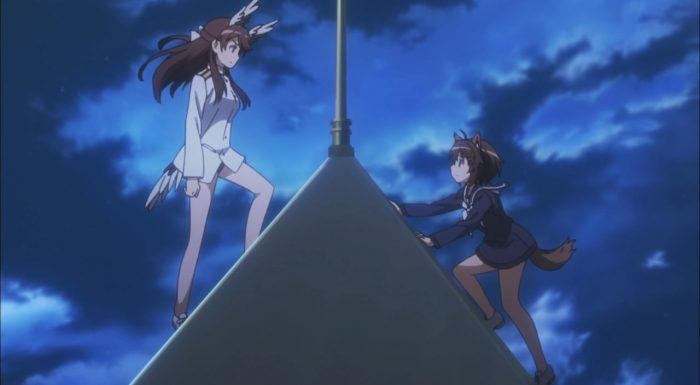 I have mixed feelings about this episode. On one hand we can see just how much Hikari has grown since the series began, and how much the 502nd have come to accept her as one of them. On the other hand we have Takami behaving in a manner that is… very unsuited to her. It feels like some choices were made in the writing of this episode that not only didn’t need to be made, but shouldn’t have been made, and I can’t say I’m all that happy about the result. 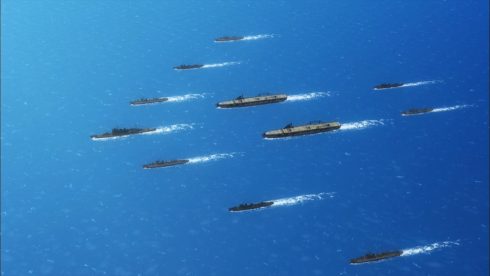 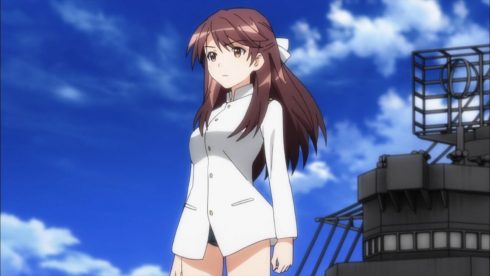 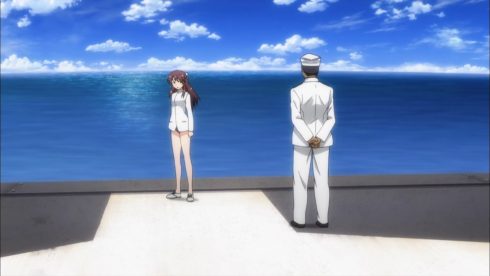 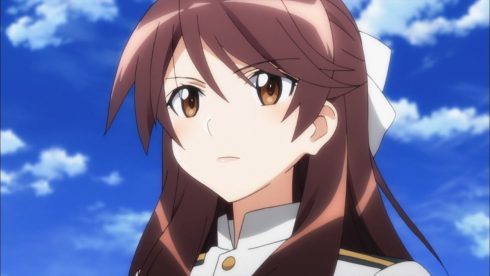 Let me take this step by step. First, we see that the 502nd has smoothed out their use of Hikari’s Contact Eye into a repeatable tactic, with Kanno charging in as Hikari flies in her shadow, then Hikari darting forward at the last second to tag the Neuroi and spot the core. While a functional tactic for now, I wouldn’t personally want to rely on it as a sure-fire tool for every battle, because the Neuroi they’ve been facing seem smart enough to figure out countermeasures if you keep repeating the same tactics against them. But for now it’s working, and everyone has clearly accepted that Hikari has not only proven her worth, but her courage as well. She is one of them, and everyone feels that the team is better for having her there. 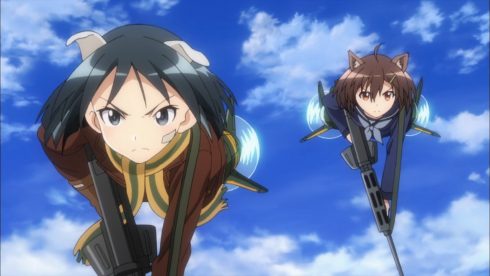 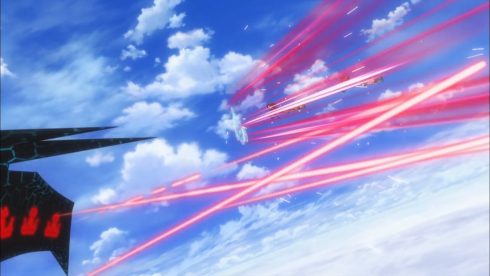 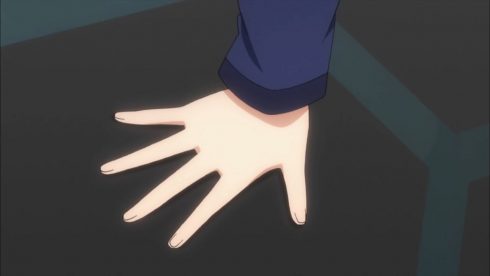 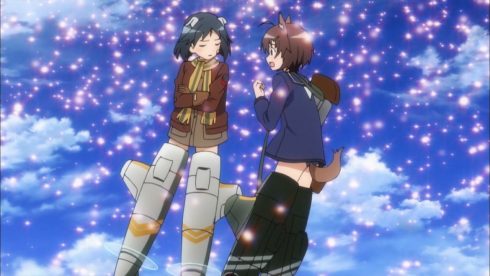 Then the Field Marshal arrives and announces that they’ll be launching Operation Freyja: their large scale attack against the new Neuroi hive that has been giving them so much trouble. Fortunately, it turns out the military leaders in eastern Europe are slightly less stupid than the ones in western Europe, and have decided against trying to use Neuroi technology that they don’t understand and can’t control. However, their current plan involves throwing everything they have at the hive in an attempt to deplete it of Neuroi, and then destroy the hive’s core using what looks like a Schwerer Gustav 80cm railway gun. 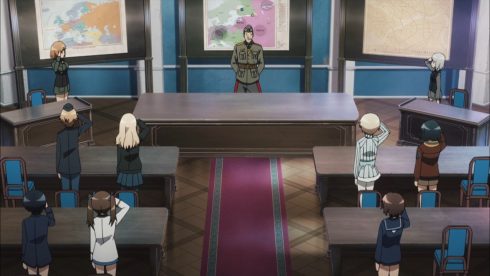 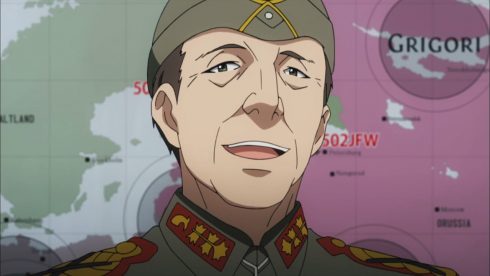 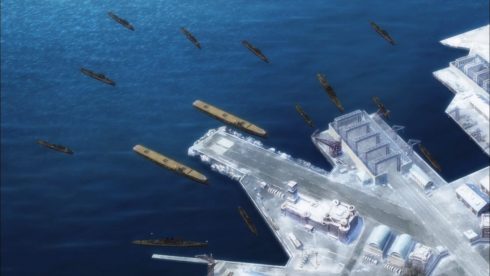 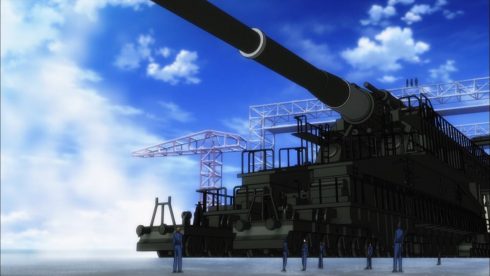 Putting aside the question of whether conventional forces will be of any use in helping the witches wipe out the hive’s Neuroi, the plan requires someone to locate the core of the hive. It is heartwarming to see the entire squad leap to Hikari’s defense immediately at this moment. Her power is extremely dangerous even under normal circumstances, but the fact of the matter is that  the only people who have ever survived entry into a Neuroi hive are people that the Neuroi have deliberately brought inside themselves. Anyone who has ever tried to go inside uninvited has died. Everyone knows that, and the 502nd girls aren’t prepared to send Hikari in to certain death like this. 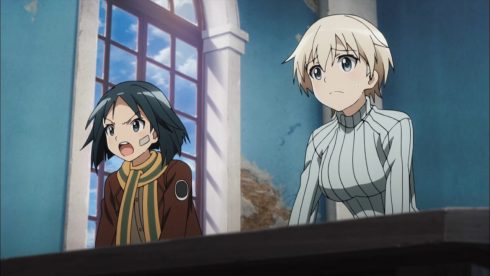 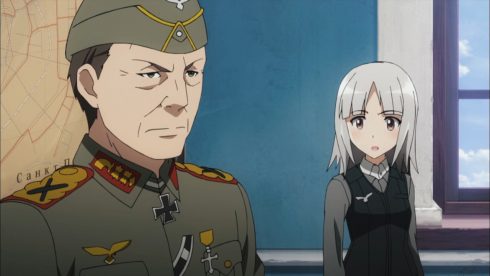 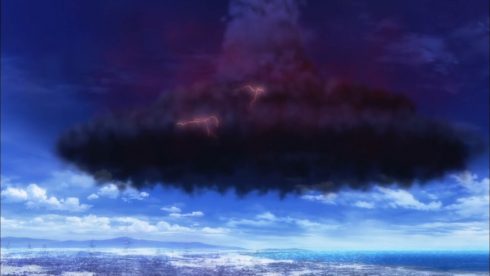 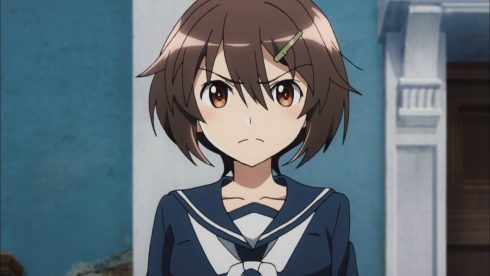 Of course, as it turns out, the mission is designed for Takami to be the key rather than Hikari. That makes perfectly good sense and I have no problem with it. However, Takami’s behavior towards Hikari right from the moment she shows up is very strange. She is harsh, bordering on cruel, and this is especially egregious considering how close we saw these sisters to be in the early episodes. Commander Rall tells us that Takami made a deal with the Field Marshal to have Hikari removed from the front lines. That makes sense: I can believe she would worry, and would want to remove her sister from danger. But what I cannot believe is that she would take this approach in doing so. Rall says the two of them have trouble saying what they really feel, yet that has never been shown before. Both of them have been very open with their feelings, especially with each other. They trust each other implicitly, confiding everything in each other. Takami’s behavior now feels out of character, as if it’s been written in like this solely to add drama. But it feels completely unnecessary to me. We could have had plenty of drama, even much of this same drama, without Takami needing to act like a jerk to Hikari. What they’ve done feels ham-fisted and fake, and it’s harmful to Takami’s character. 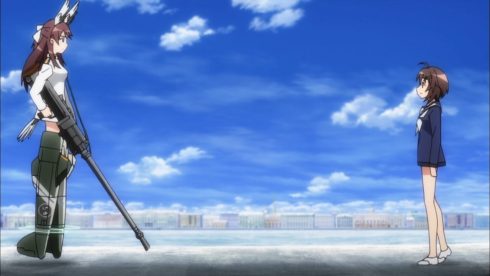 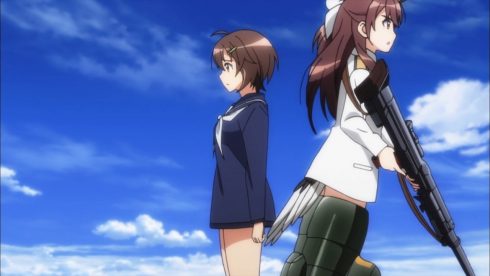 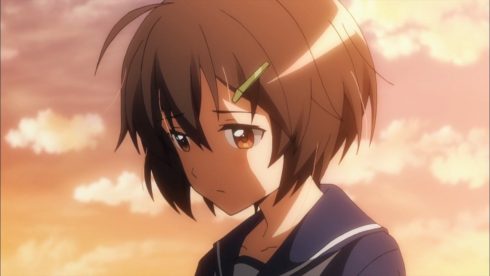 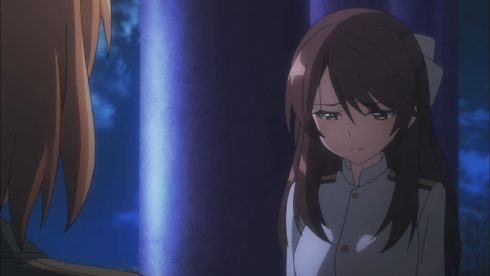 Anyway, Hikari is shaken by this, but eventually pushes through and steps back up to fight for her place in the 502nd. And it is, by now, her place. She’s earned it; every one of her squad mates acknowledges that. Even if it means that she and Takami will still be separated and still not be able to fly together, she still will fight for what she’s earned. She isn’t a trainee to be sent off to a support post any more. She’s proven herself in battle many times, and while she may never be her sister’s equal, she is not someone to look down on. Not anymore. 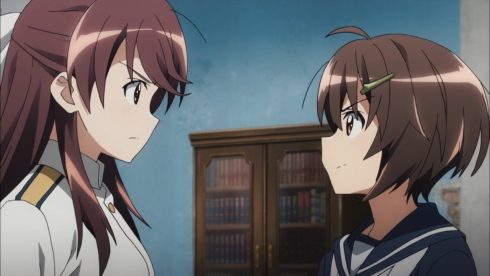 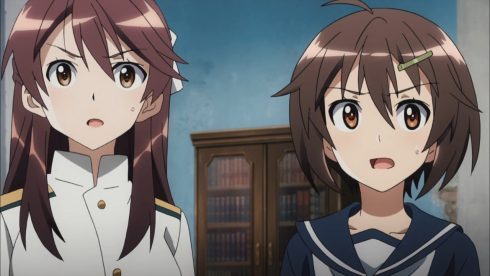 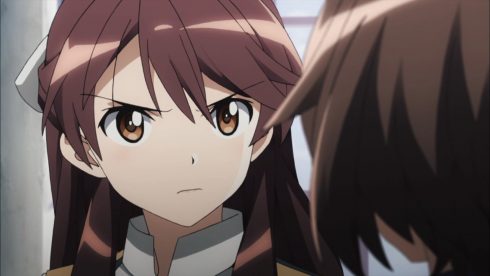 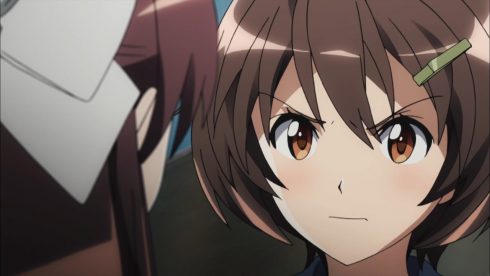 The battle against the regenerated Neuroi is interesting in its own way. Compared to the previous time they faced it, this time the threat from the Neuroi itself basically takes a backseat. The tension is all about who can relay the core’s position to Rall first, and all the Neuroi’s fighting only matters in as much as it delays them from accomplishing that. But that mobile core within a core trick… In season 2 of Strike Witches, the first Neuroi encountered regenerated after apparently being destroyed, and when Sakamoto searched for its core, the core was moving. It makes me think we’re looking at the same principle here. 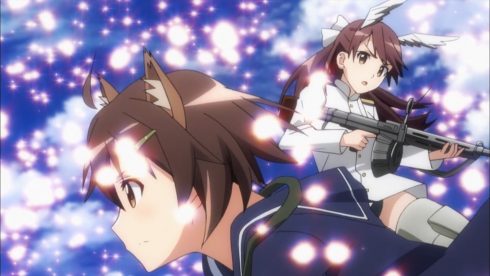 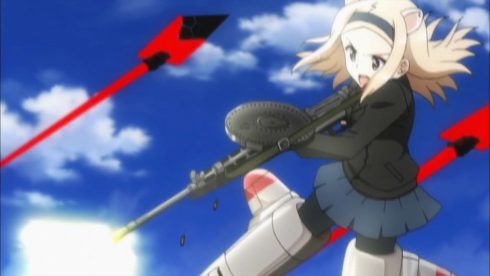 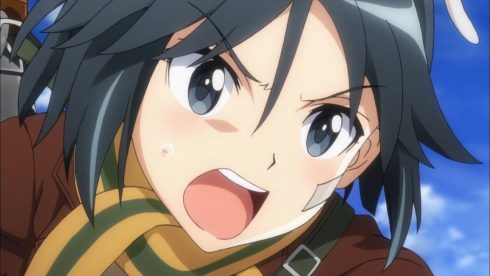 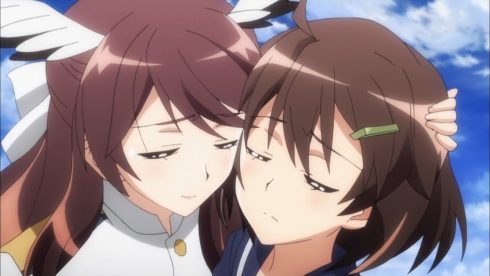 Regardless, despite Hikari’s valiant efforts, and the entire 502nd supporting Hikari and cheering her on, Takami managed to just barely win the contest. At least she acknowledged how much more capable Hikari has become. I’m not certain what’s going to happen in the immediate future, though. I doubt the series intends to leave Hikari sitting out for the finale, but I’m not sure what’s going to happen to get her back involved with things. Also, some damage control needs to be done to repair Takami’s image in the eyes of the viewers, because right now I know a fair number of people aren’t viewing her very fondly. Hopefully we’ll see something about both those issues as soon as possible. 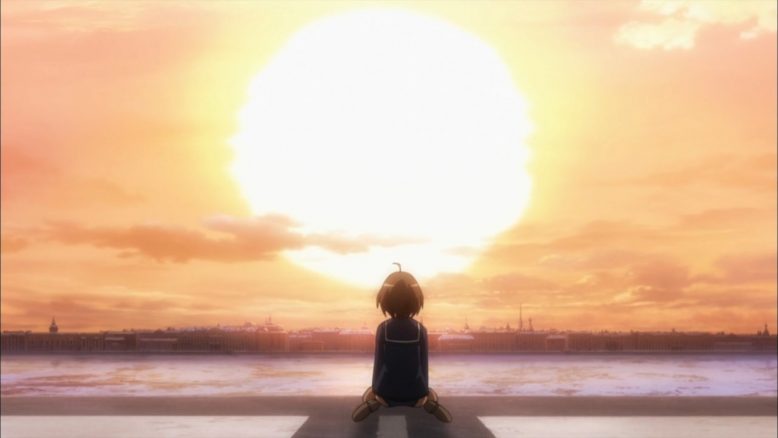