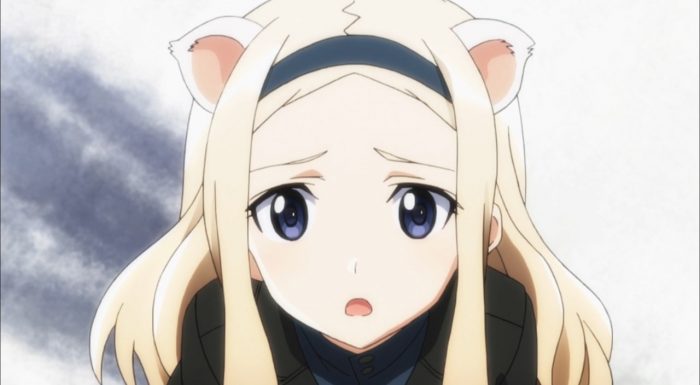 The Neuroi continue their advance against the witches this week, and I can’t say things are looking very good for our heroines. Yet even with the increasing pressure, the series doesn’t forget that the characters themselves are one of its strongest points. While this week was clearly dedicated to Aleksandra Ivanovna Pokryshkin (nicknamed Sasha), we also spent a good deal of time with our lovable misfortune-magnet, Nipa. 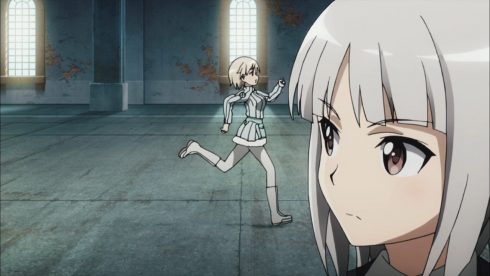 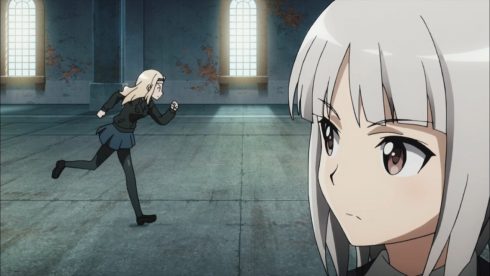 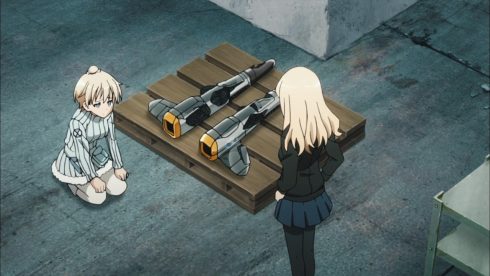 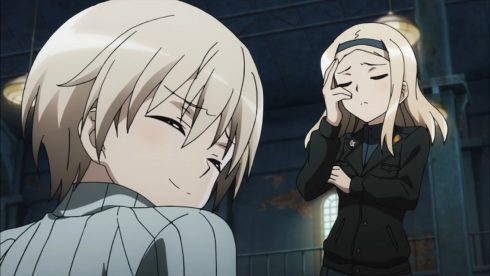 Sasha is the second-ranking officer in the squadron and serves as their combat commander. She also does much of the mechanical work in repairing striker units and such, due to having learned from her engineer father, and her personal magic giving her a perfect memory. This, unfortunately, causes her to regularly be at odds with Nipa, who can’t seem to go more than a mission or two without ending up in some sort of disaster that wrecks her striker unit. This isn’t helped by the fact that Nipa’s personal magic is hyper regeneration: a high-speed self-healing that allows her to walk off practically any injury. This means she doesn’t have to worry much about her own well being, and it has undoubtedly been the cause of more than one of her crashes. 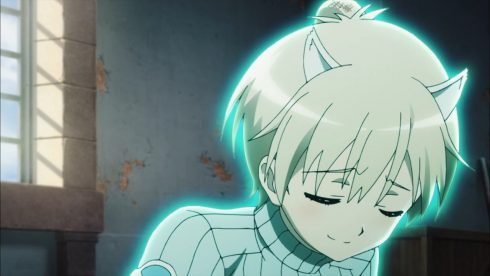 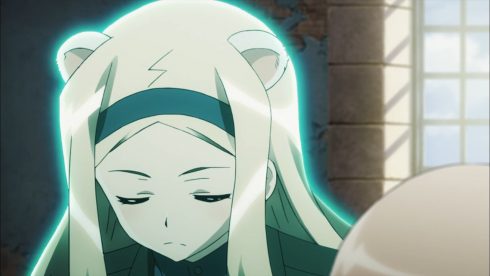 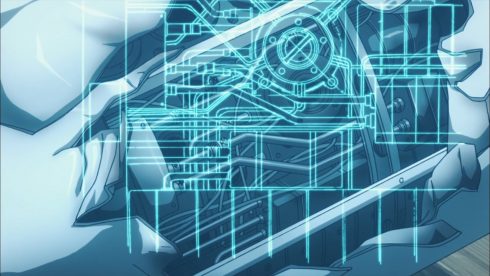 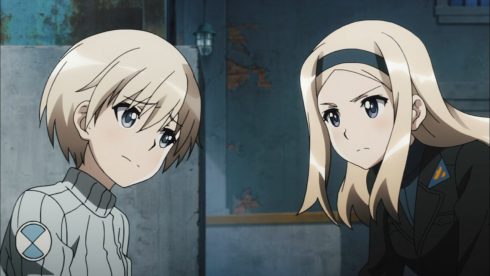 That said, the two of them clearly care about each other. Sasha is afraid that Nipa is going to get herself killed some day, and is trying to be stern with her in the hope that Nipa won’t be so reckless. And Nipa has never taken Sasha’s scoldings personally, always seeking to be a friend to her young commander. The climax of the episode, with Nipa blocking an artillery shell head-on to protect a place that was important to Sasha when she was a child, and Sasha being driven to a panic over Nipa risking herself like that, shows beautifully how well they really care for each other. 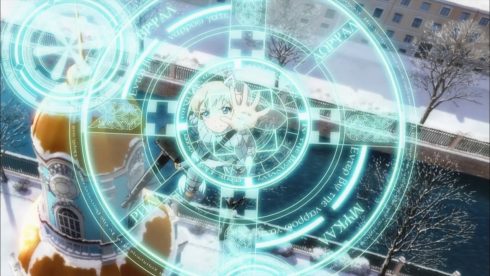 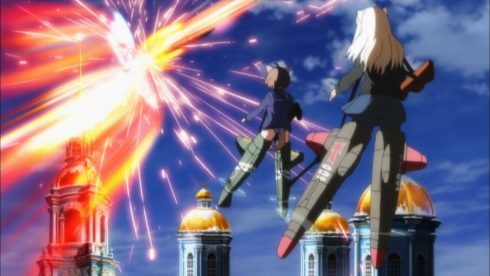 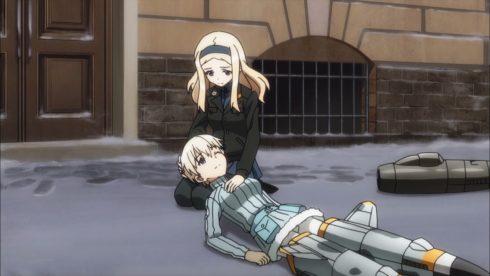 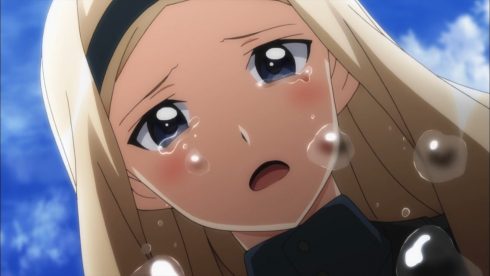 Regarding the Neuroi, as I mentioned somewhat last week, the Neuroi the 502nd are facing seem to be more dangerous than the ones the 501st tended to encounter. The Neuroi in Strike Witches tended to simply show up in seemingly random locations, attack the witches when they got close, occasionally destroy some airplanes or ships in the ocean just to demonstrate that they’re a threat to people, and then get destroyed without accomplishing anything. They didn’t really pursue any strategy of note, and any attempts to be sneaky by catching a witch by herself or infiltrating the witches’ base were immediately abandoned as soon as the specific Neuroi performing those actions was destroyed. 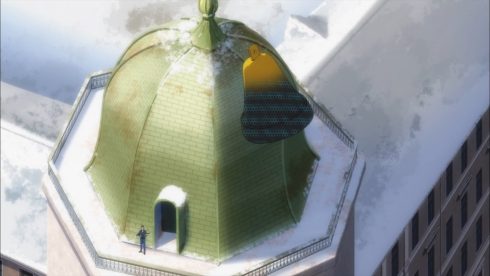 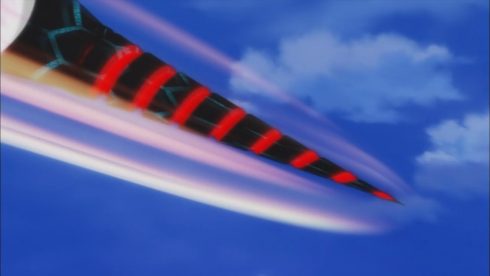 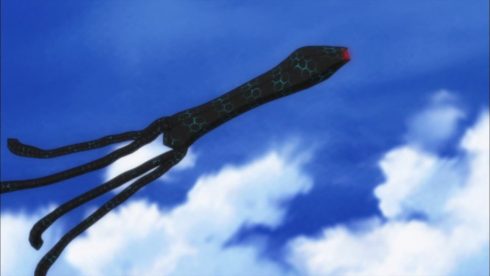 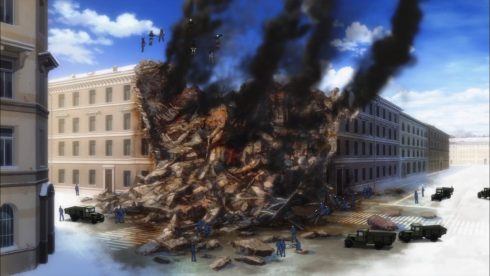 The Neuroi in Brave Witches, however, are different. Last week a geographical feature (Lake Ladoga) impeded their advance; rather than wait for it to freeze naturally and thus allow the witches time to prepare for them, they sent out one of their units to freeze it immediately. This week they take advantage of that to get their ground units to the southern side of the lake, and into position to bombard St. Petersburg. And that bombardment is not random, either. With an artillery unit 80km out and a spotter unit in the city, they strike at important strategic targets, destroying the witches’ supply warehouses. They clearly understand that the St. Petersburg base can only last as long as it has supplies, and by attacking both their supply lines and their stockpiled supplies the Neuroi put far more pressure on the girls than they would by merely engaging the girls in combat and trying to kill them directly. Simply put, these Neuroi are fighting intelligently, and that does not bode well, considering that they also have the advantage in numbers and in firepower. 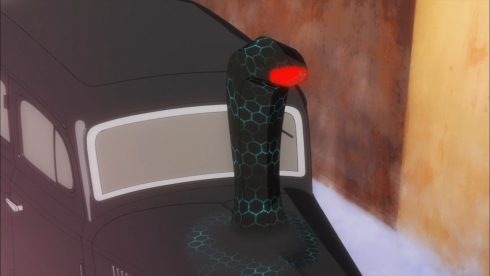 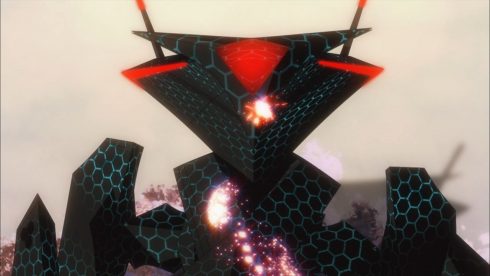 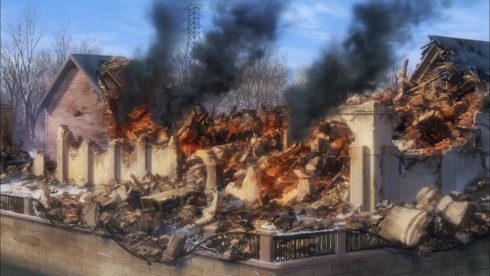 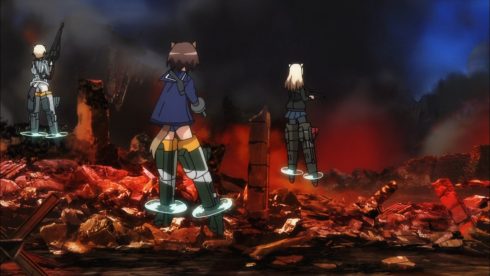 On a less serious note, I have to say I did enjoy the dogfighting this week. The chases through the winding streets of St. Petersburg looked good to me, and I enjoyed seeing the shapeshifting marker Neuroi’s attempts to hide itself, and the various ways that the girls spotted it. Also, the city itself looks really lovely (even if they were busy shooting it up and otherwise making a mess of it). Just in terms of scenery it is really beautiful, especially that golden-roofed church across from Sasha’s grandmother’s house. That’s probably a landmark of some note in the city, if I cared to look it up. I’ll let those of you who are feeling more ambitious than I am at the moment do that for me. 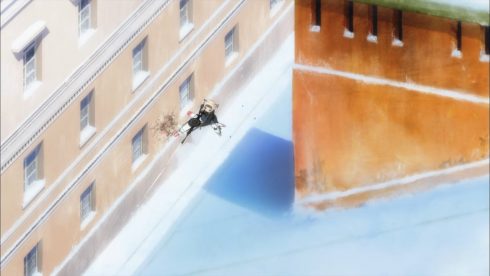 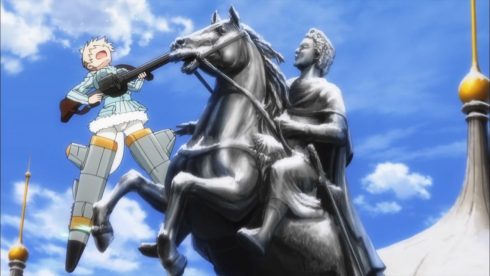 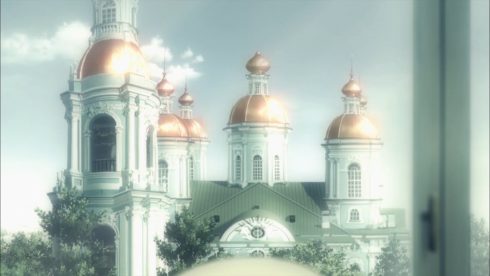 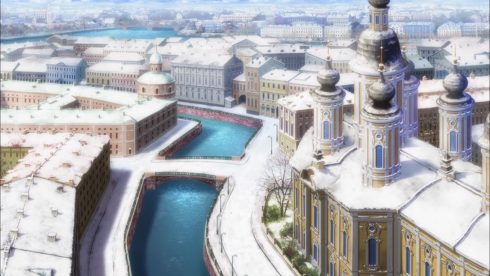 Not as long a review as normal this week, but perhaps not as much needed to be said. Sasha and Nipa have deepened their friendship, while the Neuroi continue to press in with troubling effectiveness. Next week will likely focus on either Waltrud Krupinski or Commander Gundala Rall, or both. The preview doesn’t give us much detail, but they’re the only two left, really. I don’t know what the Neuroi will be up to in the meantime, but now that they’ve started fighting smart, I doubt they’re just going to stop putting pressure on our girls. I’m looking forward to seeing what happens. 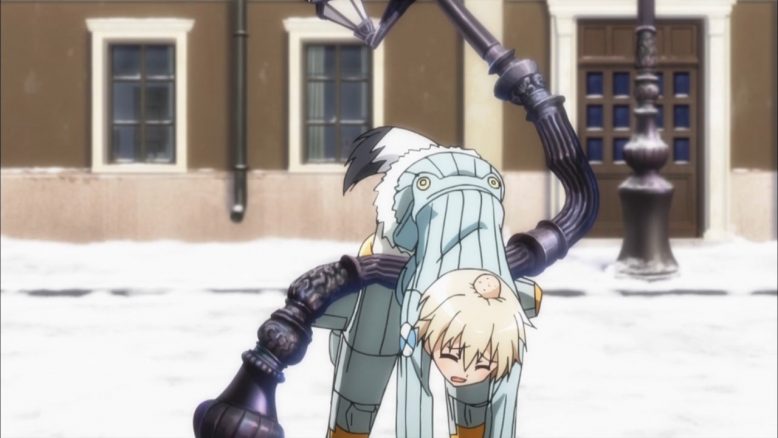 How does she do this to herself?