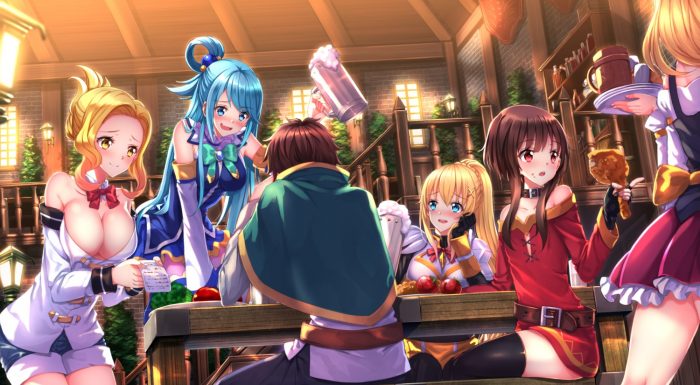 Good news for fans of Winter 2016’s Kono Subarashi Sekai ni Shukufuku Wo!. It has been confirmed, via the official website, that the second animated series for the franchise will be coming in January of 2017. This will mean that a second season for the franchise will debut exactly one year after the first season’s initial 10 episode run.

Kono Subarashi Sekai ni Shukufuku Wo! was a fun and comedic take on the classic “normal shounen travels to a fantasy world” light novel trope. Our own FlareKnight liked the series quite a bit, not only covering all 10 episodes in his weekly episode blogs as they were airing, but also giving the series an A- in his full series review.