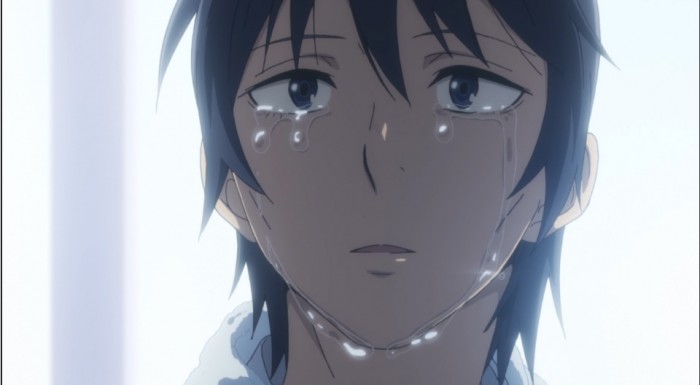 I’ve said it before, and I’ll say it again, Boku Dake ga Inai Machi just embodies the very essence of the word “unexpected”. Week for week, Boku Dake has delivered varying degrees of surprise, as its shifted directions all of a sudden, titled angles and just completely kept the audience on its toes.

Last week, which featured the big reveal of the killer’s identity, was perhaps the most expected and standard of a direction that the show has ever gone in. It was hard to really see at the time, but even that seemingly simplistic and straight forward reveal was done in service to an even greater and even more unexpected moment. 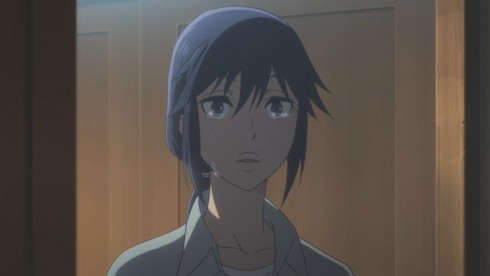 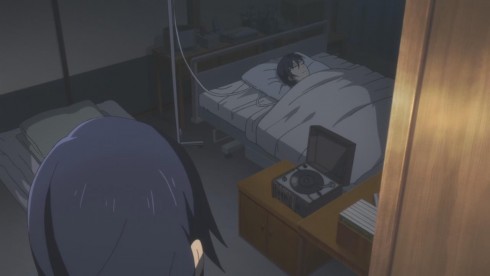 So Satoru ends up surviving the huge dip into the lake, but where he ends up, 15 years later, is a divergence that I don’t think I ever saw coming. I think this was the first real episode where we really got to understand what kind of character Satoru really is, and what Sanbe-sensei is positioning him as.

Satoru, is falling into the role of a true hero, more so than say your stereotypical super hero. Satoru may have powers, powers that give him the ability to change the past and future, but that doesn’t mean he’s invulnerable or even poised for a happy ending himself. 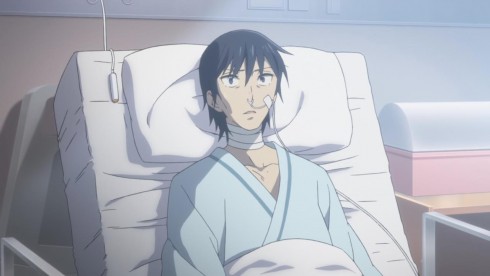 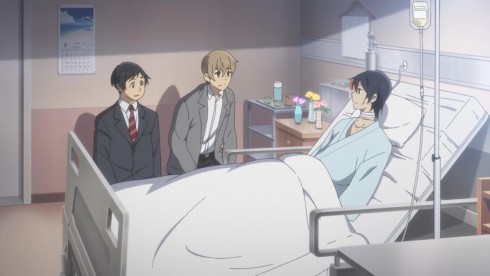 Its kind of funny but, looking back on episode 1, that very episode set the overall tone for the story, and what kind of outcome the series is probably going to get. In the first episode, Satoru ends up saving a little girl from being runover, but ends up getting hit by the very same truck himself instead. Its Satoru who ends up in the hospital, after a near brush with death.

In a lot of ways, this week’s episode echoes a similar kind of sentiment. Satoru is able to save Hiromi, Kayo and Aya, but the cost to himself, his life and his family is grave. Satoru literally ends up giving up 15 years of his life, as the price for saving three lives. 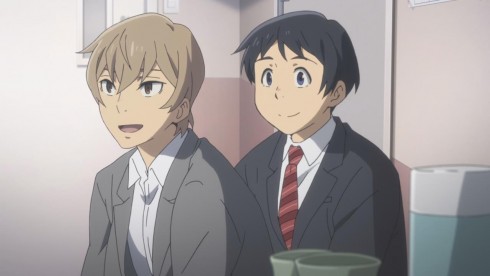 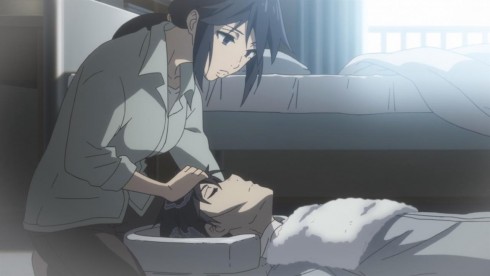 Now, you can argue that that’s almost fair, in that three lives in exchange for a few years isn’t that terrible of a price, but man, after watching this episode, its hard to really argue for that particular idea.

I admit, this was one of the toughest episodes to watch for this series, because it showed us just how much Satoru and his mother had suffered, all because Satoru had basically tried to save three people from being killed by a psycho. 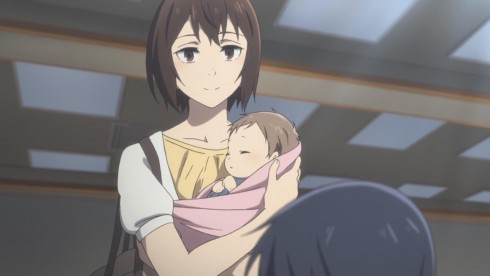 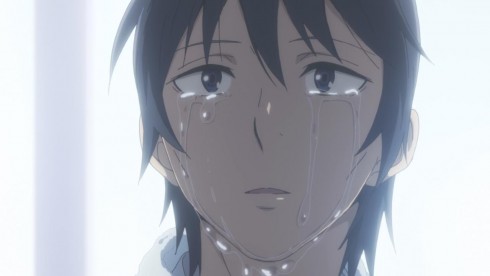 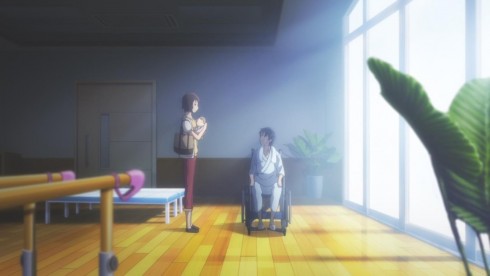 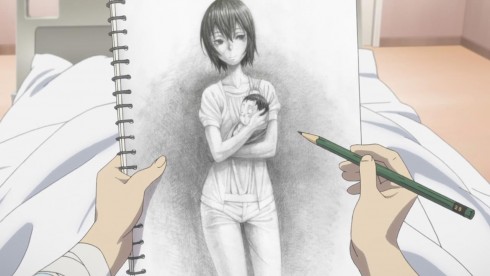 Kayo, who, for all intents and purpose was Satoru’s first real crush, ends up getting together with Hiromi and starting a family. His friends, who he only remembers from class in his younger years, are now adults with steady lives and careers.

They grew, they made memories, they fell in love, they found happiness. And Satoru? All of that just passed the poor guy by, with his mother barely keeping him functional during a 15 year old coma. 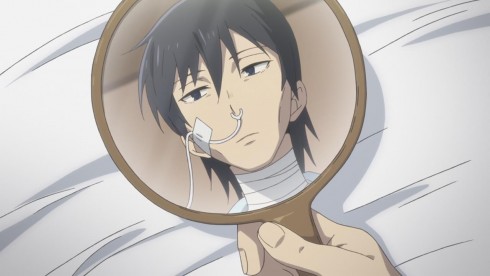 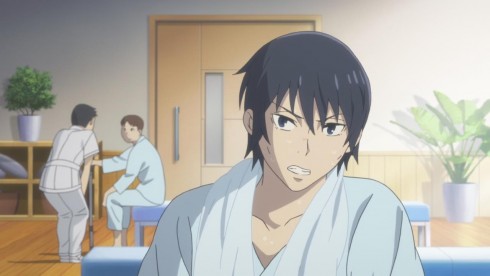 Satoru’s awakening after 15 years, is such a bitter sweet moment. Its powerful, its great, because you realize that at the very least, Satoru doesn’t end up exchanging his own life for the ones he saved but… In some ways, I’d say losing 15 years of your life, the girl you liked, and seeing everyone you know basically leave you behind, well… Its quite the heart breaking situation.

I think what really makes it so painful, at least for me, is how well Satoru takes it all in stride. This is just, the very definition of likable human being, one that just takes all the unfortunate circumstances that he’s been dealt with, and feels glad and happy for everyone else. 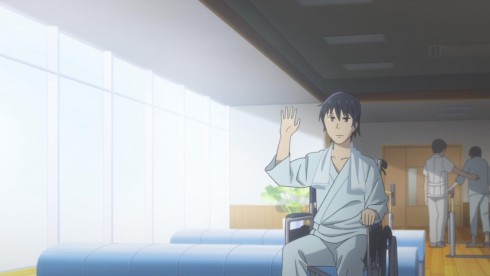 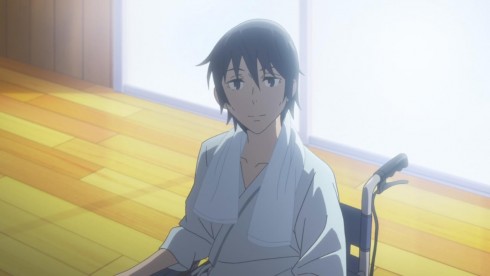 The contrast, to the guy we saw in the first episode is night and day. That Satoru hated his life, his circumstances and felt like he had just taken a wrong turn somewhere. He wanted to change it all, to go back and redo it, or at least, he wasn’t quite satisfied with the life he had.

This version of Satoru? He has it worse, but he’s also a lot more relieved and content with his particular lot in life. 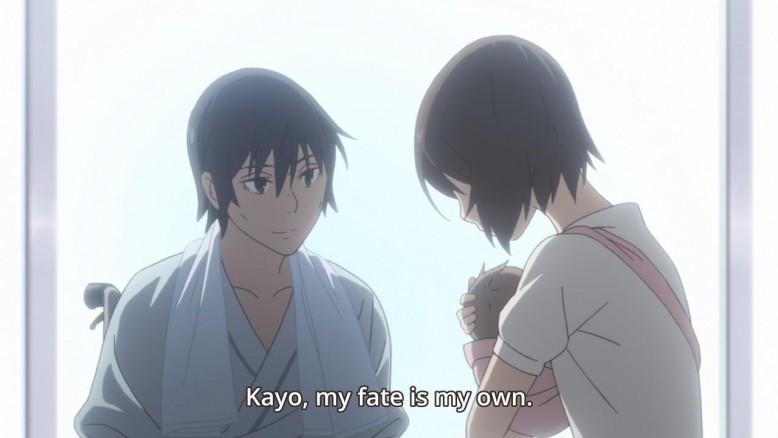 It’s those words, that simultaneously make me appreciate the kind of man Satoru has become, and feel extremely sad for all his loss as well.

Of course, while its painful to see Satoru kind of lose everything, the whole process of him waking up and being in the position he is in, makes a lot of sense, from a narrative perspective at least. 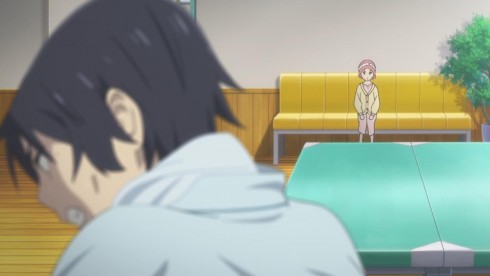 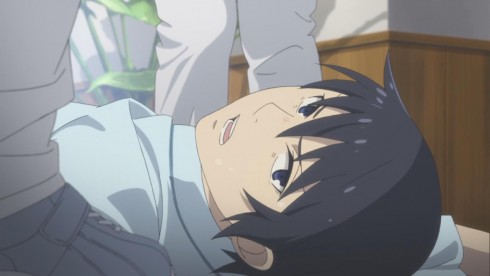 See Satoru is almost an outsider to all the people around him, by virtue of his powers. The story is setting him up to be the lone hero, the one who saves everyone from the shadows, and suffers quietly and earnestly to protect those around him.

Satoru can’t be the kind of character that gets the girl, gets the happy ending and ends up being a successful mangaka. That’s just not what his place in the story is, and while its hard to explain, it just all fits together nicely in the world that he wakes up into. 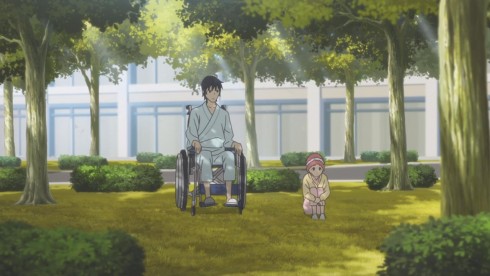 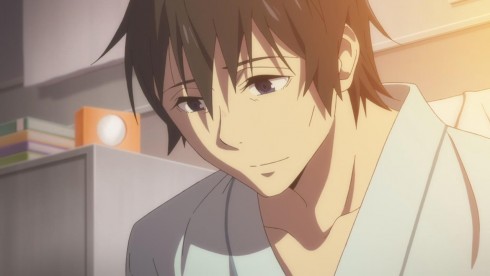 Satoru’s big ending isn’t going to be about finding happiness, at least from how I’m reading the story. Rather, for him, the last major point of his story is going to be taking down Yashiro, once and for all.

Speaking of Yashiro, the episode actually opens up with him narrating this time, and we get a little more insight into his thinking and his killing methods. It seems that, like Satoru, Yashiro does have some weird powers, although his seem to be a lot more vague and ambiguous. 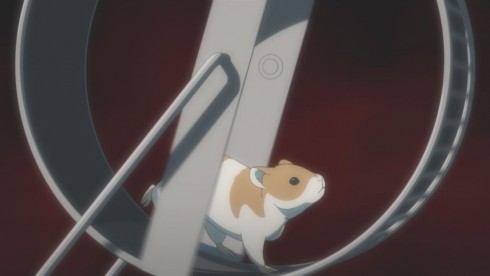 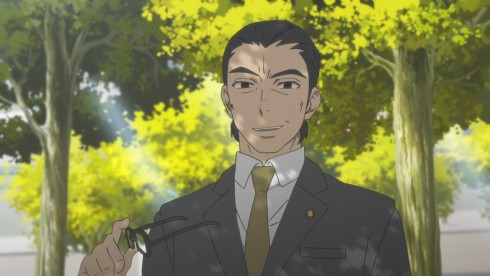 Yashiro can sort of identify important or notable people through some kind of sixth sense, and killing them basically seems to get him closer and closer to some kind of satisfaction that he craves.

Its all psycho babble, but the big point that this sort of monologue, involving the genocide of a pack of hamsters reveals, is the fact that Yashiro seems to be almost guiding and raising Satoru in some weird twisted way. 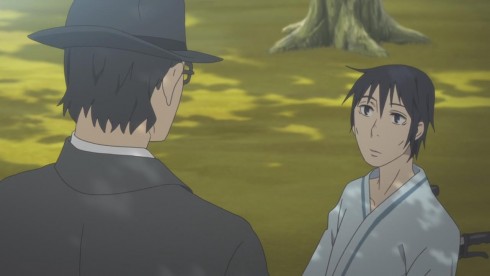 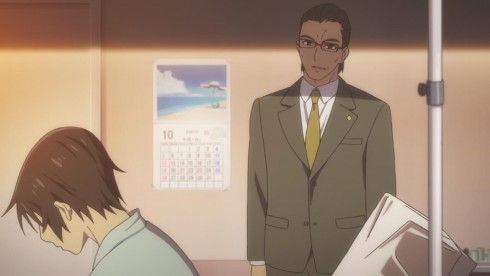 The relationship between Yashiro and Satoru is complex. They’re teacher and student, and that relationship still exists, despite the fact that one of them is a murderer and the other is basically trying to stop him.

Satoru’s big resistance and rebellion against Yashiro, did not go unnoticed, however, and it seems like Yashiro more or less lays off Satoru until he wakes up. 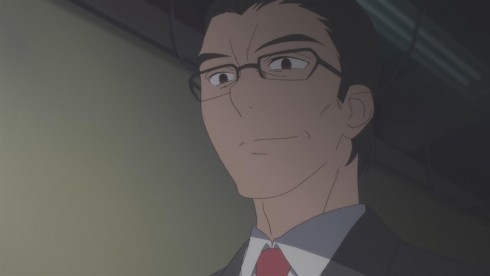 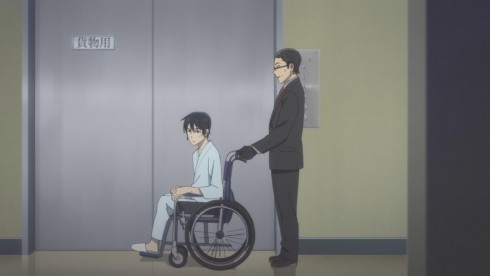 The scene of Yashiro brazenly revealing himself to Satoru, is chilling, if only because the audience at least, is aware of how dangerous Yashiro is, while Satoru himself is still suffering from amnesia.

But by the end of the episode, Satoru does the unexpected, he ends up letting Yashiro take him up to the an isolated location (this time the Hospital roof) and then reveals to him that he remembers everything. 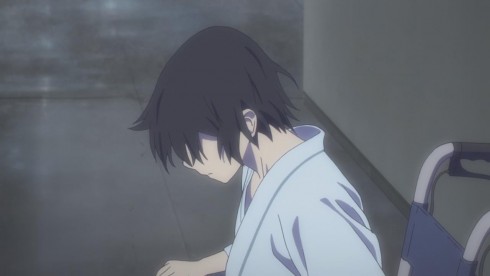 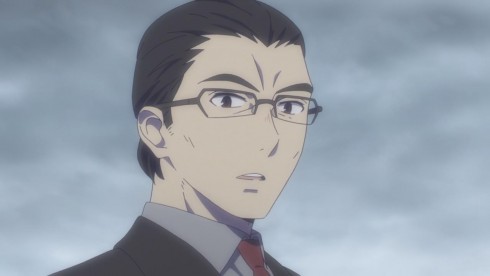 Is that a powerful cliffhanger? Oh yeah, you bet it is. But I do wonder why Satoru decided that it was a good idea to openly confront Yashiro when he can still barely move and is in rehab.

Regardless, in the end, the story is very much about Satoru and Yashiro now. It began with these two characters, it continued as these two tried to identify one another, and now the final chapter is upon us. 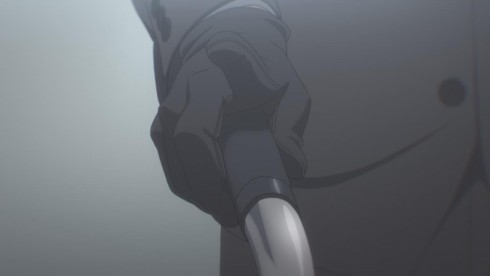 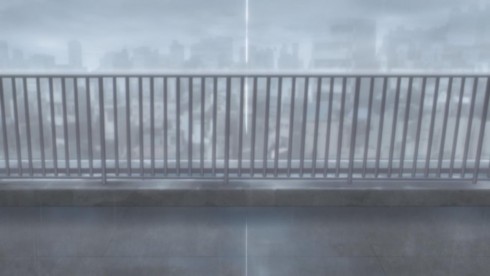 How does Boku Dake ga Inai Machi end? Does it “erase” Satoru and give him the selfless hero ending, or does Satoru end up taking down Yashiro, meeting with Airi again and finding some measure of happiness?

Personally, my money is on the sefless hero route, but I’ve been wrong at guessing what Boku Dake ga Inai Machi was going to do, every frigging time. Lets see if this stellar and thrilling show can surprise us one more time, and provide a satisfying ending in the process.