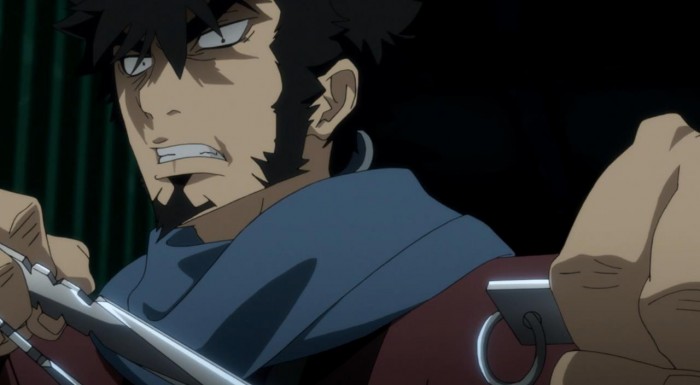 As we get ever closer to the end of Dimension W, the true tragedy behind this series becomes more and more apparent. Locked behind this single cour, is a story that could’ve been so much and could’ve easily transcended to become something medium defining had it been given more than 12 episodes to make its case. Each week, as we dive deeper and deeper into the thought and hard work behind Dimension W, even in a very rushed and summary like fashion, I can’t help but wonder about the show that could’ve been.

While the last week felt a bit less rushed and jam packed than everything else before it, it was this week that really brought forward the reality of just how difficult a position Studio 3Hz is in. Dimension W is a fantastic sci-fi story, one with great characters and real staying power. The sad fact of the matter is that we probably won’t get a second season for this stellar show, and its because of that reality, that the show continues to suffer and become a lesser experience than what it clearly could have been. 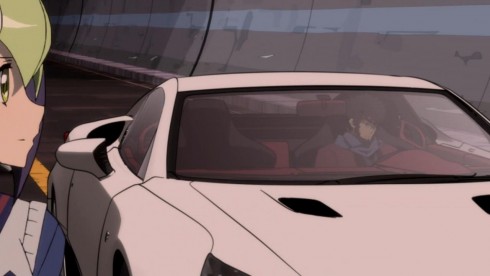 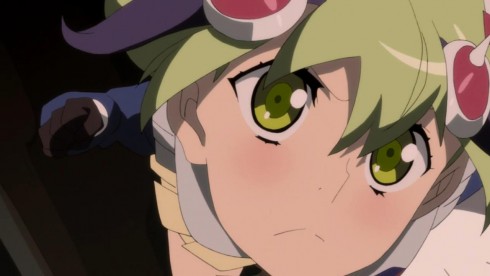 What’s admirable, I think, is just how cohesive and downright amazing the show is, despite the rather quick and shakey nature of this adaption. I can also respect the decision to try and tell a story that actually resolves something, whether its a major plot point of the story itself, or its central characters and their character arcs.

This may sound weird, but my mind can’t help but wander back to Fall 2015’s Sakurako-san. That was another show that just did it for me, in a way that very few shows do. Dimension W is definitely more popular than Sakurako, perhaps even a better show in general, but its faced with the same kind problem that Sakurako-san had all those months ago. Its only got one shot at this, and after that the show and the franchise are going to fade into obscurity, remembered fondly by a select few. 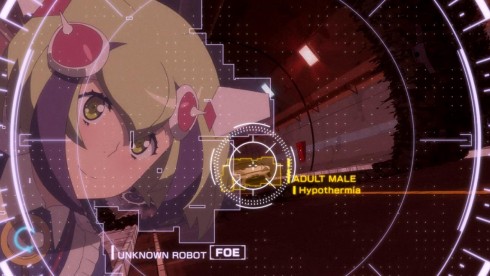 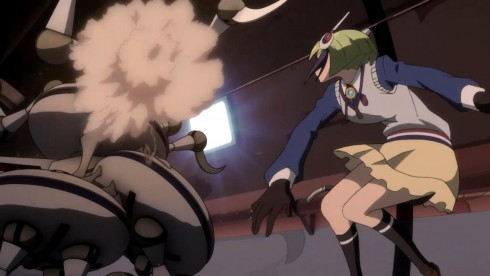 And I really do believe, that as good as Dimension W is, it will be one of those victims of the times, and will be forgotten, despite how good it is. And make no mistake, there’s a lot to like here, even in this very episode.

The whole concept of the W Dimension and the world building surrounding it continues to be fascinating by itself. We get even more wrinkles in the already stellar sci-fi idea, this time with stuff like teleportation and a powerful coil that it seems to be the granddaddy of them all. For a lot of the players on Easter Island, this whole situation is about getting their hands on that holy grail of a coil. 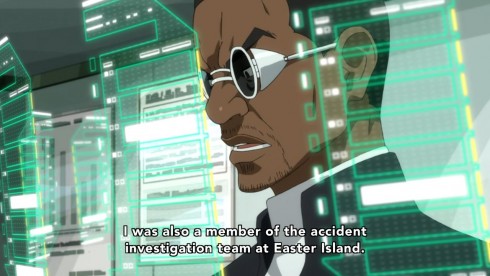 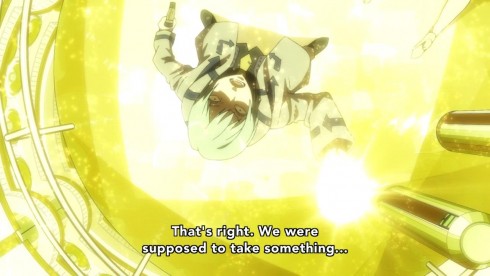 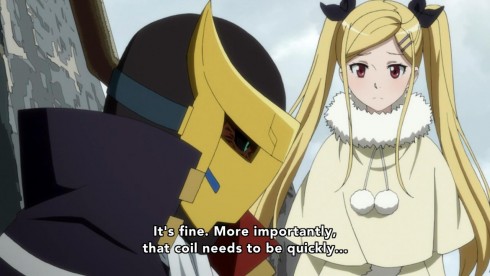 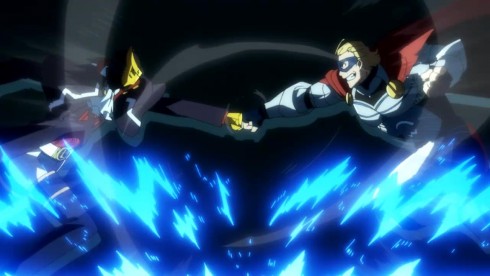 Loser is after it, Seymeyer (in whatever form he exists in) wants it, Salva and Loo seek it, and there’s even another party hiring killers like K.K to try and keep everyone away from it. In the middle of all of that, is none other than Kyouma himself, who seems to be not only linked to the whole situation himself as some sort of key, but who also is uncovering his own past amidst the chaos.

There’s a real sense of condensed narrative here, and it definitely is sad. Its sad because these seperate things are so interesting by themselves, that I’d have easily liked an episode dedicated to each. What exactly is Loser’s endgame? How are the numbered coils related to his “life support” system? What is Salva’s big plan? All these questions just to be given their due, and explained in detail. Yet, there is no time, and the show just kind of marches on, interspersing as much stuff as it can, as it moves from one major story beat to the next. 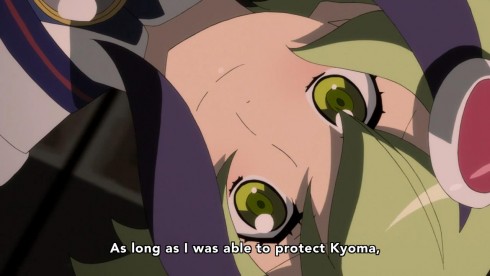 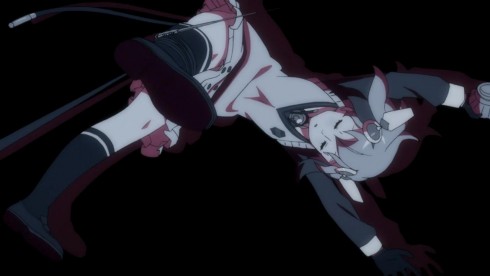 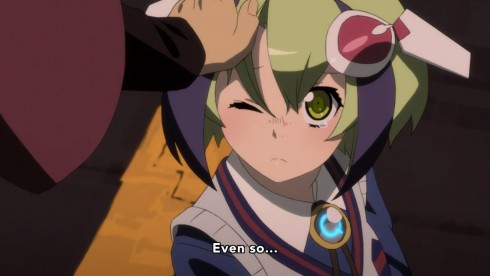 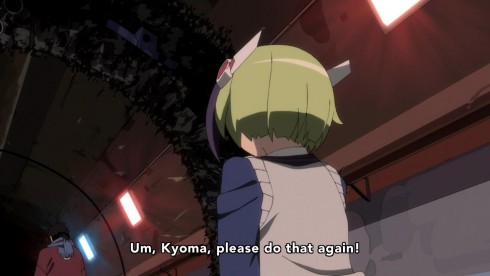 Buried among all that plot and information, is a collection of defining character moments for Kyouma himself. The headliner, of course, is in how he finally warms up to Mira, and gives her his first real show of approval and appreciation. Even with how quickly it all goes down, there’s a beautiful flow to it all.

Mira protects Kyouma, almost sacrificing herself in the process, only to be saved by a reawakened Kyouma at the last moment. And then there’s the head pat, the one moment where Mira finally gets the acceptance and appreciation from the guy she respects, that she’s been craving since she first partnered with him. For Kyouma himself, its a big step, both in moving on and accepting the past, but also just towards walking forward with Mira in the present. 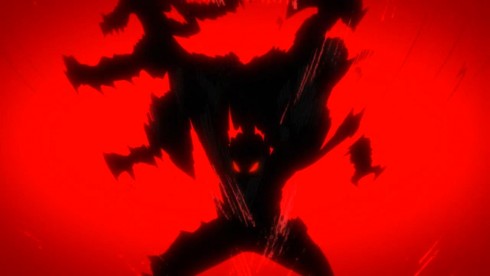 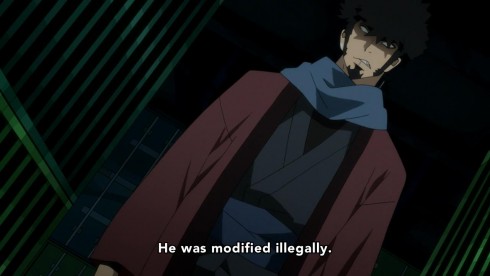 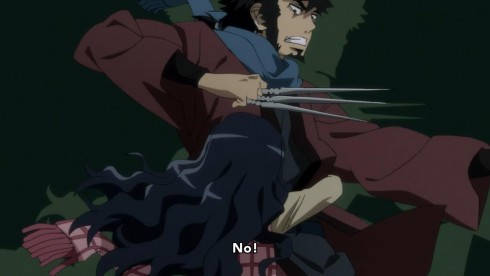 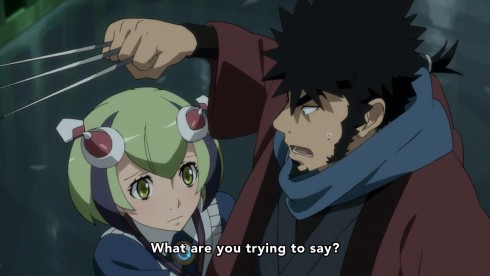 And if that weren’t enough, there’s the whole wolverine-esque, Berserker moment where Kyouma totally loses it, and goes all badass on K.K. Again, this is just such beautiful character work, as we see Kyouma fail to protect Loo, another young precious person that he lost, and we see the severed head again, one that just screams horrid flashbacks. And just as Kyouma’s about to deliver justice to K.K? Mira stops him.

The moment where Mira stops him is powerful, if only because it truly and utterly connects Mira to Miyabi in a way that she wasn’t before. By stopping Kyouma from murder, Mira has become Kyouma’s saving grace, his tether to good, in the same way that Miyabi served all those years ago. That parallel isn’t just my imagination or inference either, because the show itself confirms it with a nice visual moment of having Miyabi’s appearance replace Mira’s. 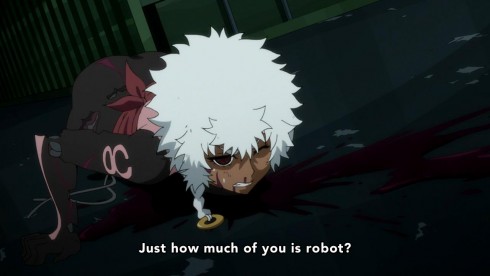 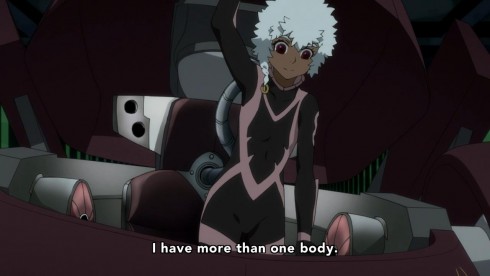 And inside it all, there’s Loo. The young boy prince, who seems to have multiple robotic bodies. I’m willing to bet good money that his brain serves as a sort of server, one that controls his bodies and the robots within. Its definitely a pleasant surprise to see Loo not die, even if Mira lets the cat out of the bag a little early.

But more important, with robotic characters like Mira and Loo, ones who appear more human and kind than the actual humans in this series, I think the show is also making a good old season play at what it means to be human. That kind of pointed observation of the human condition is a sci-fi staple, and leave it to Dimension W to just kind of cover all its bases. 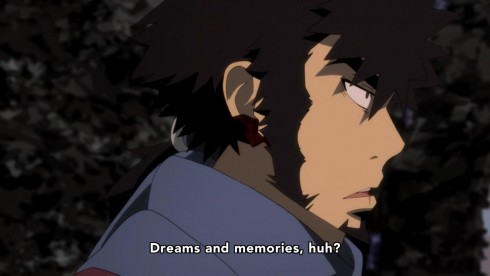 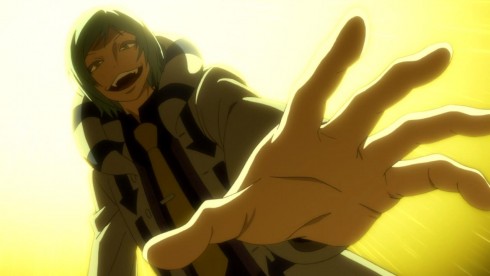 At the end of it all, Dimension W manages to kind of pull off whatever constricted, quick version of its story its presenting. There’s some real depth, some great character work and an truly fascinating story at play here, but there’s also a sense that we’re barely scratching the surface here. But even with its bad situation, its faults and its rushed nature, I still think that Dimension W is a great time, and at a point where most series are kind of winding down, and even losing me, Dimension W at least, has my undivided attention every week.

Also as an Important note, I will most likely not be covering the penultimate episode of Dimension W next week, if only because I’ll be overseas, traveling and be nowhere near a computer. If I do get a chance to watch this show and review it, I will. Otherwise, I’ll just do a double episode review two weeks from now. 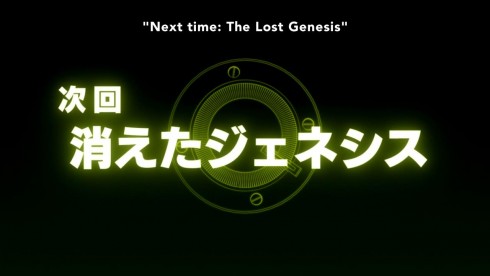 The Lost Genesis. I’m sure we’re going to get into the Last Boss Coil next week.