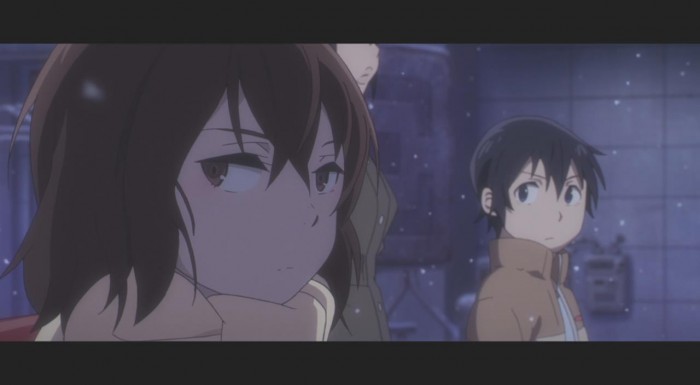 For an episode titled “closure”, there seemed to be a lot less of that going on in this week’s episode than one would expect. But then that’s Boku Dake ga Inai Machi’s Modus operandi , isn’t it? It never quite does what you’d expect, and most of the time, that’s a good thing. This week? This week the coveted series that could do no wrong, finally did some wrong. It wasn’t a bad episode by any stretch of the imagination, nor did the series loose any steam, but this episode was the first one, in the entire series’ run, that just didn’t feel perfect.

And yes, just like every week where my praise for the show’s consistent perfection was noteworthy, so too is a decline of sorts in that perfect stature. This week’s Boku Dake, really focused in on resolving the Kayo storyline, at least in the first half. And its in that first half of the episode, that things don’t go quite so smoothly. The stellar writing. pacing and general mastery of storytelling does bring everything back to near perfection eventually, but that’s much later in the episode. 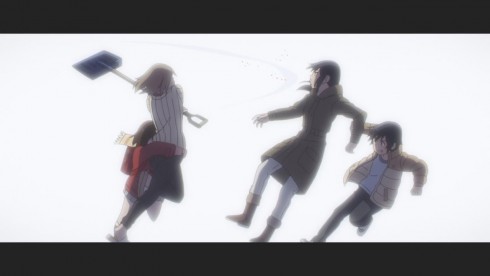 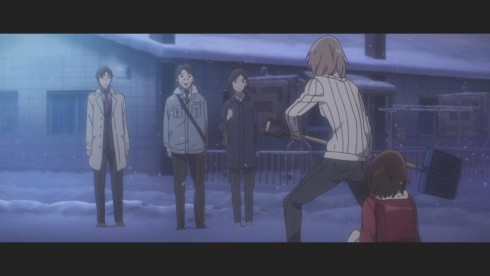 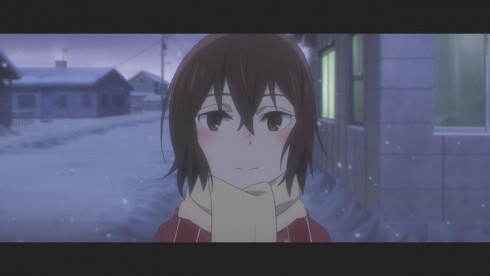 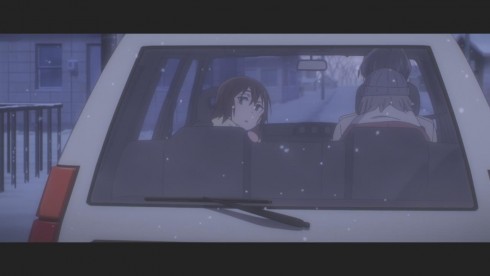 So… Kayo’s storyline. How does it resolve? Well with a bit of a disappointing whimper really. See Kayo definitely is saved, thanks in no small part to Satoru, his mother AND Yashiro-sensei, but its the way the whole thing goes down, that didn’t quite sit well with me. Don’t get me wrong, I’m glad that Kayo is finally free of her mother, and I loved the badass moment of Satoru’s mom dodging that shovel, and using that whole outburst to show the child services people what a nutt job Kayo’s mother really was.

No, my problem is more with the fact that Kayo’s mother Akemi is not only let off without any serious repercussions, but that she’s almost given a sort of sob story. There’s this whole sad story of how Akemi was beaten by her husband (Kayo’s father), how she had to get a divorce, and then try and raise Kayo on her own. There’s this attempt, because it really is just an attempt, to try and make Kayo’s mother’s actions seem somewhat rational. She was abused, and therefore that’s why she ended up abusing her own daughter. 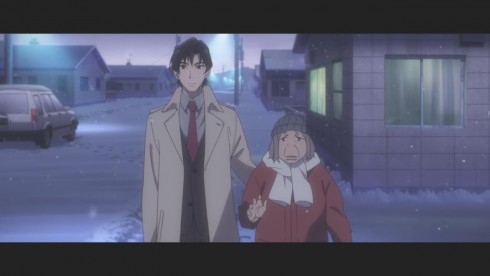 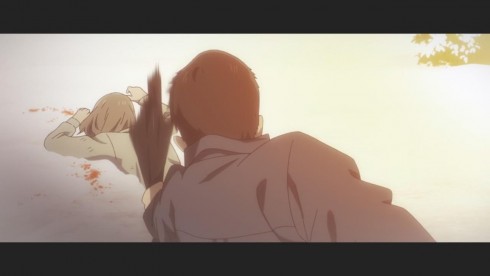 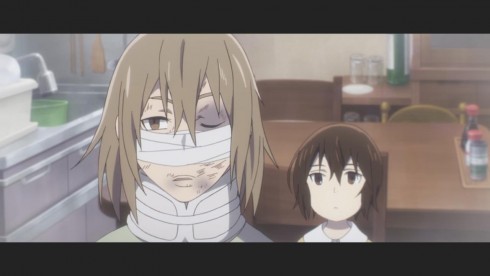 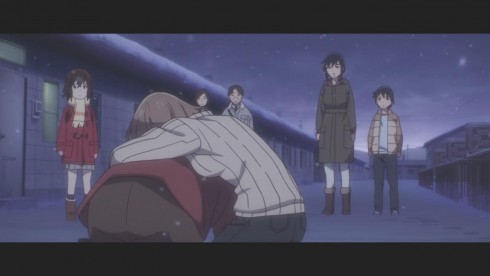 But see, even that’s not really the problem. Her backstory, her reasoning for doing what she does isn’t an issue as much as it is just a writer covering their bases. No, the problem is that we get this tear jerky scene of Kayo’s grandmother coming in at the last moment, and talking her erratic daughter down. Its not her daughter’s fault, Akemi was simply given too much of a burden, so she should be forgiven, let go and let off scott free.

THAT is the problem. The idea and the concept of “all’s well that ends well”. That just can’t work in this kind of situation. Akemi’s mother doesn’t deserve any sympathy, and yes I know neither Satoru nor Kayo show her any. But that’s just not enough. Akemi being able to cry on her mother’s back, Satoru’s mother giving her the whole “You must have cared for Kayo at some point” shtick, that stuff just pissed me off. 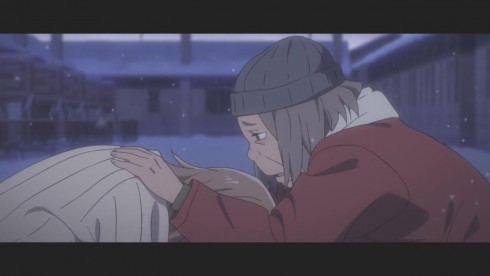 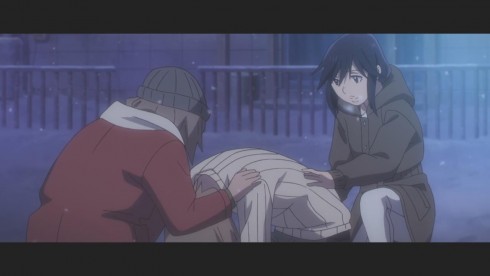 It was the adults in the situation, that seemed to be too forgiving. How can someone like Akemi be forgiven at all? Why isn’t she in jail for assault, and assault of a minor at that? Its effed up, its messed up, and it doesn’t feel like Akemi actually got what she deserved. There needed to be this sense of payback, something to wrap it all up and make the audience feel good.

But we don’t get that, we don’t even have Kayo get a friggin apology of some worthless sort from her mother. Nope, she’s able to leave with her grandmother, her mother can’t get to her, and all’s well. And that feels weird, it feels off, and it feels oddly offensive coming from a show that’s dealt with the idea of child abuse and how messed up it is, in such a respectful and reserved manner thus far. 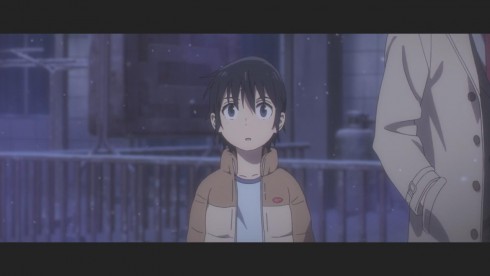 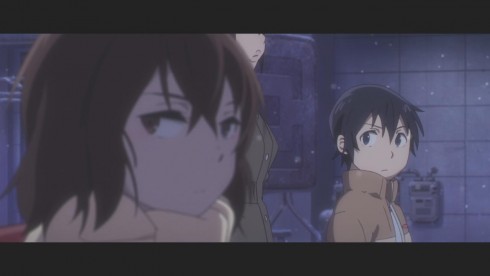 If, even in our fiction, we can’t see horrible monsters like Akemi get their just deserts, then I’m not exactly sure what kind of a message Boku Dake ga Inai Machi is trying to send. Its a bit disappointing, to me at least, because everything else about this whole story has been so immaculate, so powerful.  The finish, does leave a bit to be desired, and in the grand scheme of things, maybe its not a big deal to some people, but I just can’t let Boku Dake off the hook that easily, especially because of how much praise, respect and adoration its received from me. At this point, I expect nothing short of excellence from this series and story. If it drops even a little bit, then that’s worth noting at the very least.

But, I say all of that and this episode still got an A- Grade (which really isn’t that low if you think about it). The reason for that, is because of how tense, intriguing and darn captivating the second half of the story is. With Kayo gone, there’s an obvious void in the story. The emotional core of the story has just lost one of its foundational elements, and rather than try and fill that void, the show almost embraces it. 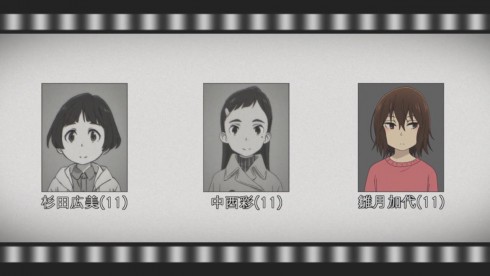 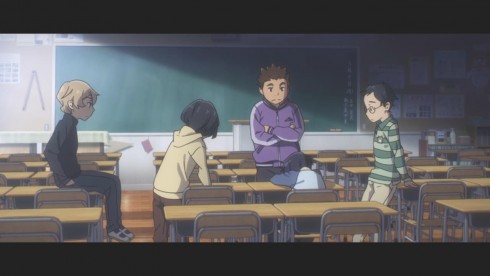 There’s a sense of emptiness, of almost being the last one to go home after the Summer Break starts at school, that just permeates through the rest of the episode. Kayo is safe, but there’s still the issue of finding out who the killer is, and protecting two other kids. And Satoru’s got his work cut out for him,  especially since he can’t make the sort of connection he made with Kayo, with the other two.

One of them, is Hiromi, a slightly more sensitive kid, who’s obviously being given a sort of “feminine” edge to him, to make him more vulnerable. And maybe feminine is a poor choice of words, but I just can’t seem to find any other non-offensive way to describe him. In any case, Hiromi is the kid that’s part of Satoru’s group, so he’s definitely in the clear. The other girl, Aya, however, is not, if only because she doesn’t go to the same school as our main man Satoru. 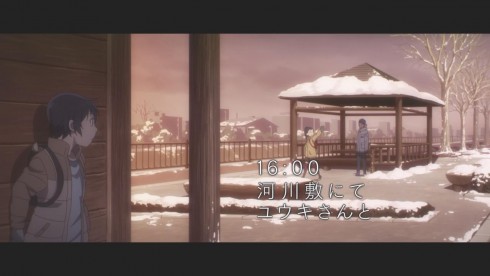 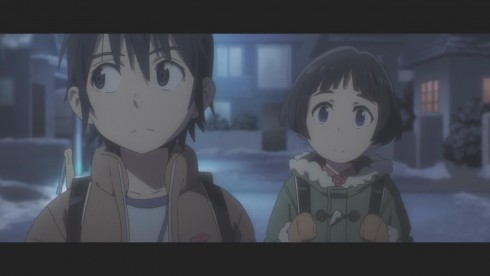 A decent bit of the episode is about Satoru’s efforts to try and save these other two kids, all the while getting Kenya on board with his outlandish plans. But that’s really not what’s so interesting about the episode. The interesting thing, is that now, the show is starting to focus in on who the clear might be. And I say focus, but there’s still not even a lick of a hint as to who it might really be. All the usual suspects look just as bad as they did before.

There’s Yuki, the weird guy who seems to hang around kids too often. He seems to hang out with Aya as much as he did Kayo, and so there’s definitely something fishy about the fact that two of the victims are kids that this guy spends a lot of time with. Of course, we know that Yuki isn’t the actual killer, if only because he gets captured eventually, while the killer roams free. But is he unrelated to the incidents? That I’m definitely not sure of. 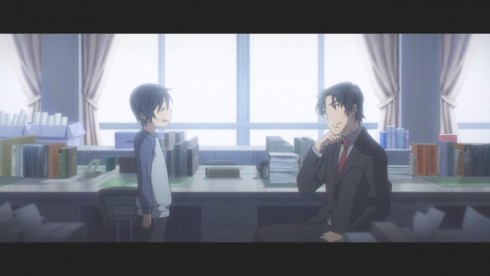 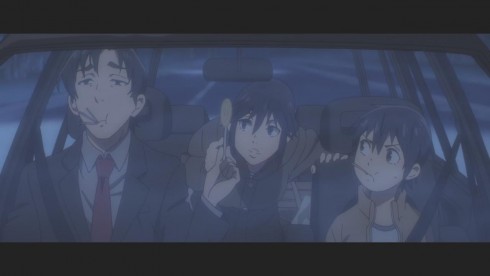 And then there’s Yashiro-sensei. Man, does the show just enjoy toying with the audience when it comes to this guy. He’s the prime suspect for being the murderer, he’s getting a lot of screentime, and yet the show almost always has a reason to discredit the idea of him being the killer. There’s just that odd sense of unease that’s intentionally being created around this guy.

The candy for example? That Satoru accidentally finds? It damn well could be something a serial killer would use to lure children to him. Then there’s all that creepy talk of “getting them to let their guard down” and even an earlier conversation about “rewards and Satoru’s heroic acts”. It just feels like there’s subtext buried inside everything Yashiro says, but it could also just be the audience reading into the whole idea because he just seems so darn guilty. 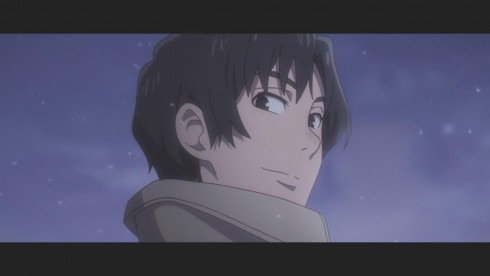 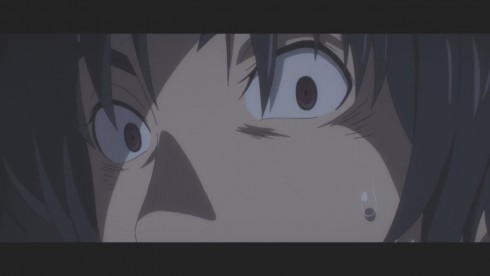 I can’t be sure if he’s the killer, but I also feel like he is. If Yashiro is culprit, then the series has done a good job of building him up as an unlikely but probable killer. He also seems to be getting a lot of screentime with Satoru and his mother. That alone seems to hint at the fact that he may very well be the killer, but it also makes me wonder why neither would recognize him in the future, if it was indeed him.

Its all very interesting stuff, and the series does continue to build the mystery of the killer, while also continuing its whole thing of unpredictability. Once again, the 9th week into this series, I have no friggin clue where the story is going to go from here. There’s hints of maybe the other girl, the one that hated Kayo, potentially taking her place as a victim, and thjat is how the episode ends this week. 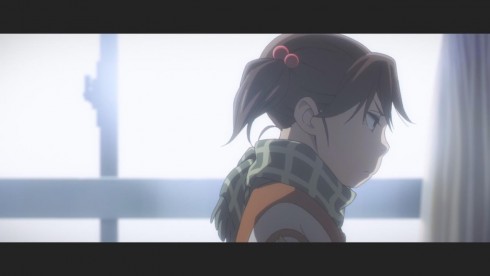 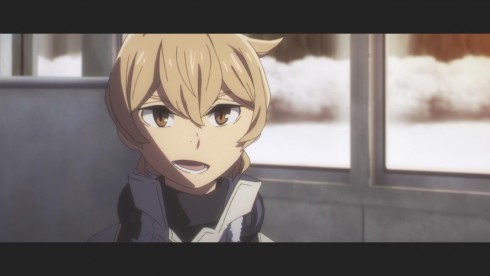 Will the other shoe drop again next week? Will we take another trip into the future? I have no idea, but man am I dying to find out. That much, at least, hasn’t changed, even with the somewhat weaker finish to Kayo’s story than I would’ve liked.

Here’s the thing though, we’ve only got three more episodes before this series ends. While the source manga did finish recently, it is still, from what I’m hearing absent of any spoilers, going to be a tight finish. There’s an announcement of an OVA coming perhaps, and it might very well be that this series takes the Working!!! route of not even trying to finish its story in its limited run. The series is definitely doing well enough financially to warrant that. 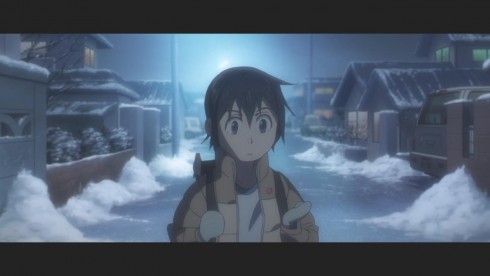 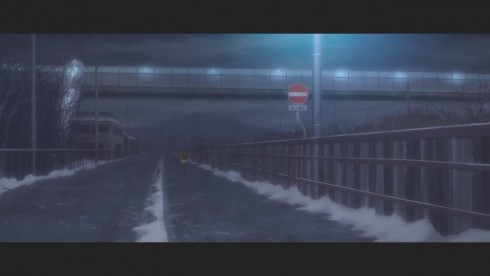 The issue of the ending, does worry me a bit, if only because of the weak finish we got to Kayo’s storyline. Maybe the ending won’t be as impressive as the journey itself, but the journey has thus far been so endearing that I can’t wait for more. Three more weeks is what we’ll probably have, so its best to savor it as much as possible.