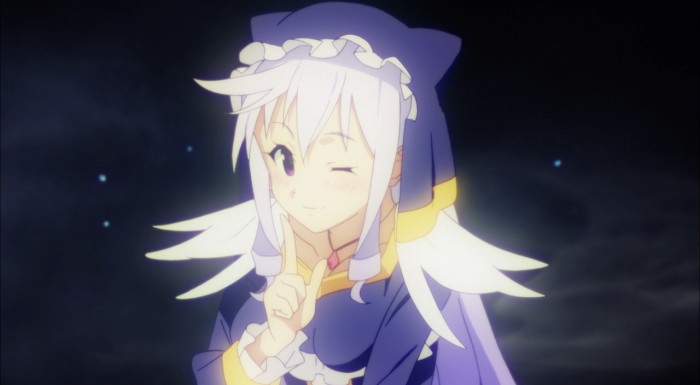 I’d say this episode was not so much a straight comedy as it was a chance to look at where Kazuma’s character has come and the connections he has to those around him. It is something that right after they fight this general and succeed, they get smoked by the snow shogun…Plus it does work on a level of interest in showing what exactly would happen if Kazuma was killed in this world. For most of the people sent from Earth to this world…that may be the end result. They go too far out, go beyond their limits and are sent to another life by Eris. Was interesting to meet the popular Eris. No wonder she’s such a beloved goddess in that world with that kind of personality. 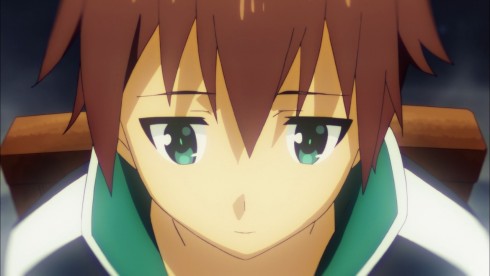 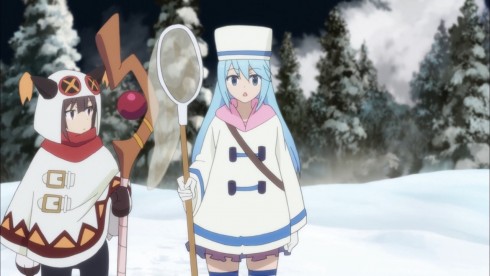 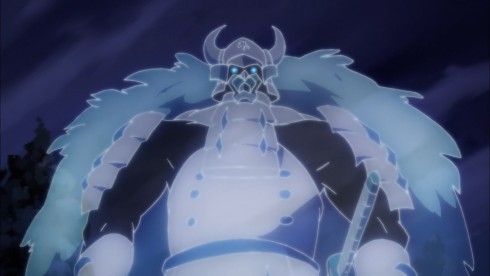 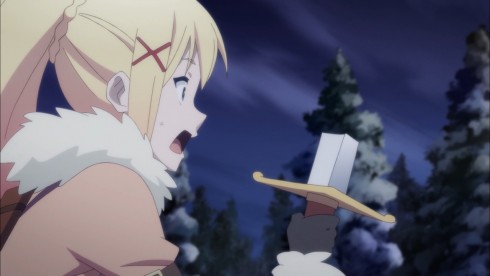 I feel this was a good chance to just have Kazuma really look at his current life and how he feels about it. Naturally for much of the episode he’s pretty down on the whole thing. Freezing in a stable while living in a huge debt is hardly something fun and enjoyable. They defeated the Dullahan, but in the end everyone else gains the benefit of it. They all got a bonus for being part of that fight and yet they are stuck with none of the penalty. The start of the episode basically covered all the reasons that Kazuma wants out of this world. Aqua frustrating him, Darkness being such a masochist, and Megumin wanting them to face very powerful creatures that she can try to one-shot with her explosion magic. All sorts of reasons for him to be annoyed. Its winter and they aren’t in any condition financially to get out of the stables.

They end up taking on a quest that does for a time get Kazuma killed. Of course there was a lot of blame to go around. Does make me wonder if Kazuma fails to socialize as much as Aqua though since she does seem to know a lot about this world while he is often missing crucial information until it is too late. Basically everyone knew why the money was so good for those snow sprites. It’s just that dangerous because after killing enough…it triggers a much more dangerous creature.

It was kind of shocking that this was the time that Kazuma got ‘killed.’ In a sense it was nothing different from usual and everyone was being their flawed selves. Just that Kazuma was slow to discard his weapon because he was too focused on Darkness’s quirks and keeping her alive. Before he knew it….off with his head. But seeing all the blood in the snow at the end of the episode was enough to send the message of how traumatizing that would be for the girls to see. 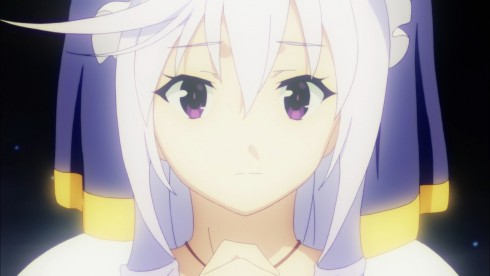 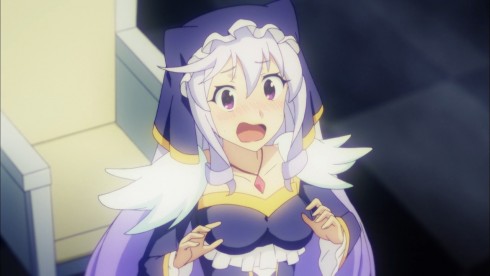 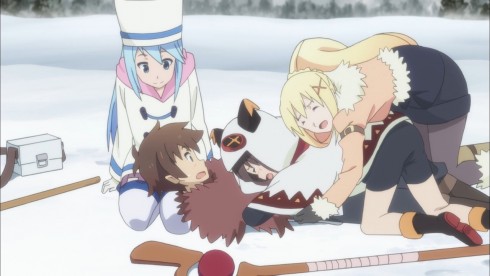 Of course the highlight was meeting Eris. It’s no wonder this girl is so popular. Such a kind and considerate goddess. Sure, one with breast pads, but not a bad person. She really did seem to feel bad for Kazuma’s death and was generous enough to repay his efforts with a promised comfy lifestyle back at home in his reincarnation. A very nice girl and no wonder Kazuma finds her more appealing than his party. But the funny thing is that while he sees her as the main heroine…she wouldn’t see him as the ideal lead male. Kazuma may not notice…but he’s pretty flawed himself. Kind of getting to uncomfortable levels with his requests for his next life.

I think while it wasn’t a hugely comical episode, it was nice to see that moment of weakness for Kazuma. I wondered how he would return, seemingly so happy to leave that world. In the end though…they might be idiots, but they are friends. He still wanted to keep on adventuring with those lunatics. While he may regret that feeling at some point, I do think he’d feel all the more terrible if he couldn’t stick it out with them. They’ve just spent too much time together at this point. He’s stuck with them until Aqua won’t resurrect him anymore or they defeat the Demon King XD. 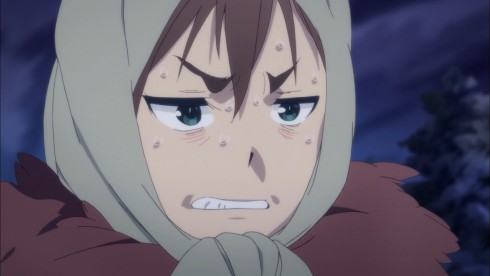 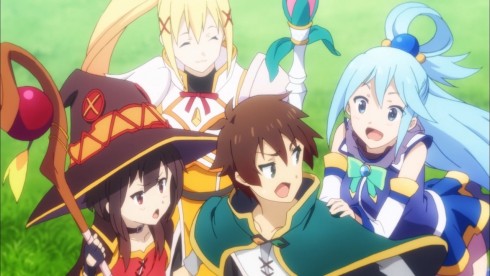 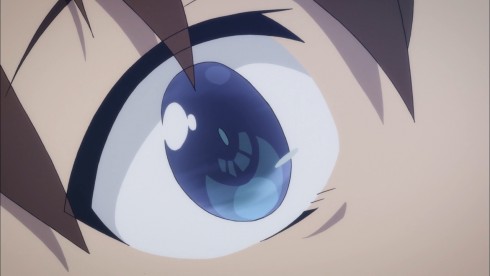 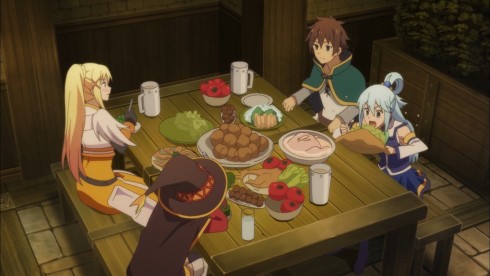 I just liked the feeling of Kazuma coming back and it being because Aqua wouldn’t let it stay like that. Just basically harassing Eris and being completely unreasonable which is just what Aqua does. She’d probably say just about anything so Eris would cave and let Kazuma go back. I wouldn’t put it past her to make it her goal to tell the entire world that Eris wears breast pads in revenge. In the end Aqua being Aqua allowed this to turn out alright. Megumin and Darkness relieved beyond words that he was ok. After all…that was pretty darn fatal and I think both would be devastated if he died for good. There was a lot of regrets for him after, but in the end everything worked out. A goddess who plays by the book most of the time like Eris wouldn’t have gotten Kazuma resurrected. So in a sense he should be glad for Aqua, though she has enough flaws to make up for that.

There isn’t that much to say about this episode, but I enjoyed it. Was nice meeting the very friendly and normal goddess Eris. It was also nice seeing Aqua go ahead and resurrect Kazuma like that. Shows at least that she won’t let him die so easily. Though it does bring back more questions. I mean what would happen to Aqua if he died for good? Would she got back home? I suppose it doesn’t matter since I can see her harassing Eris into reviving Kazuma every single time he dies in the future.