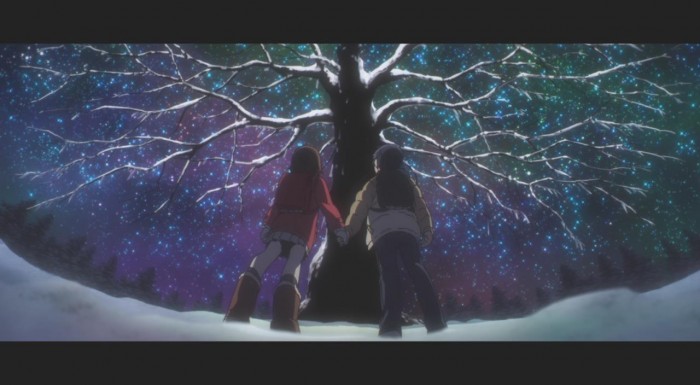 There really is never a dull moment with this series is there? I mean wow, that was what I’d call another riveting episode. Three episodes in and Boku Dake ga Inai Machi isn’t letting up an inch in terms of quality, thrill and emotional power. That’s pretty high praise I know, but I think a series truly is something special when its consistently knocks it out of the park, three weeks in a row. Even more so, when those three weeks are the first three weeks of its run.

I’ve mentioned it once before, but the experience of watching this series is akin to the one I felt when I saw Christopher Nolan’s Inception. With Inception, for every bit of that movie’s runtime, I was glued to the screen, I was involved, excited, and I was just grinning the whole time. That feeling of anticipation, of genuine need to see what happens next? Some of the best entertainment can generate that feeling at its highest points. Boku Dake ga Inai Machi though? Its generated that feeling for the duration of an entire episode, three weeks in a row. That, is something pretty darn amazing. 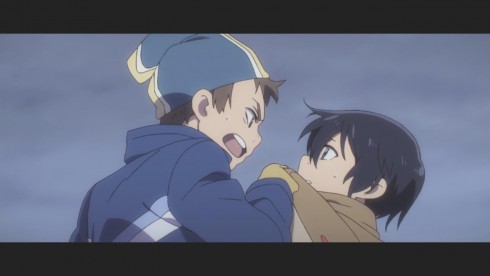 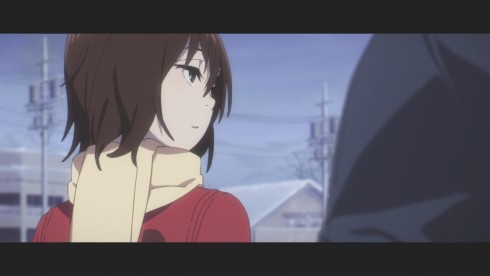 Now… While I did love this episode, calling it a feel good episode would be a huge disservice to what actually went down. This was actually, a pretty dark and hard to watch episode, as we more or less dove knee deep into the horrible situation that Kayo, a poor 10 year old girl, finds herself in.

The abuse that she suffers from her mother is sickening, disgusting and absolutely terrifying. Its all those things, but its also really believable and it doesn’t come off as manipulative, just extremely tragic and painful to watch. Again, I don’t even remotely myself to be an authority on child abuse, but the stuff that Kayo was doing? It seems to be pretty standard in child abuse cases like that. 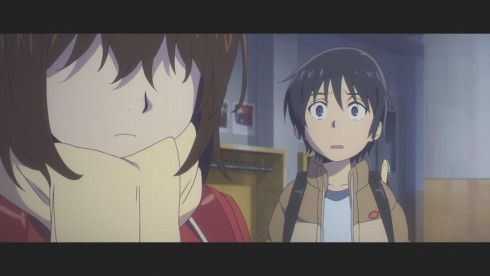 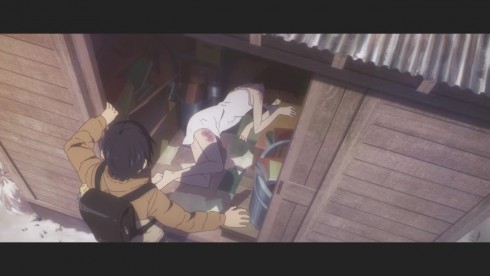 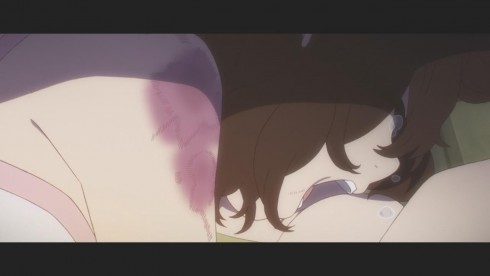 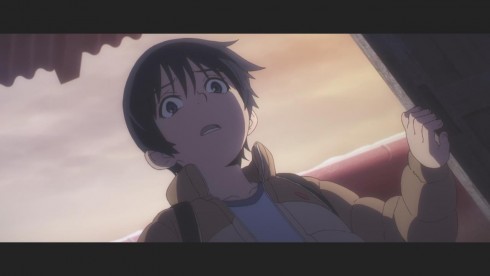 Not just child abuse, but abuse cases in general. The abused will often times defend or protect their own abuser, and think of the whole ordeal as somehow being their own fault. And its quite clear that Kayo does feel guilty and responsible for all the horrible things that her mother inflicts on her. That’s what’s truly and utterly heartbreaking about this situation.

But I think the reason this whole thing, the whole scene with Satoru finding Kayo, seeing her beaten up, and then dragged by her mother, the real reason it all feels realistic, is that there’s a sense of restraint to the whole ordeal. Satoru doesn’t freak out and lash into a tantrum, even though he clearly wants to. That’s the adult in him, dealing with the situation, because antagonizing the mother, who clearly holds all power over Kayo, is the wrong move. 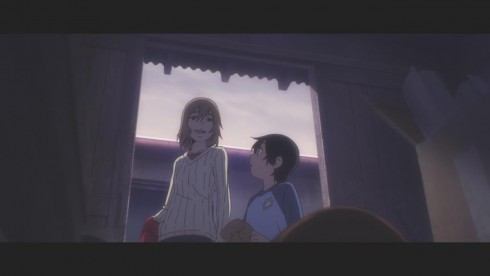 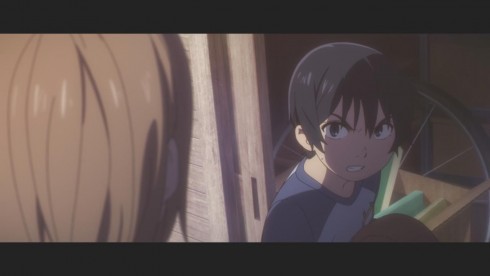 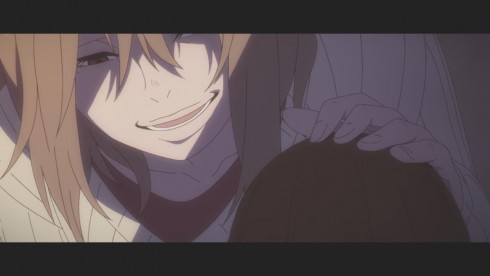 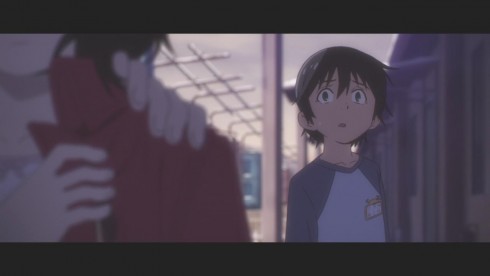 Even more so though, Kayo herself, her reaction to all this, her self loathing, its all communicated through her actions, her behavior and never explicitly spelled out. Show don’t tell, how that phrase rings true here. When you see Kayo’s reclusive, warped and cold personality and then put it alongside the misery, and even some of the humiliation she feels when Satoru finds her in such a broken state, then well… It all makes sense doesn’t it?

And its because the show doesn’t whack you over the head with an emotional crying scene, a big outburst of self pity or pain, that it feels so terrifyingly real. Real abuse looks like this, its hard to identify, even harder to help the abuser because they themselves unwillingly enable their abuser. Again, I’m lucky to have never quite experienced this sort of thing myself, nor would I wish it upon anyone else, because just seeing it in this episode is enough to make the blood boil. 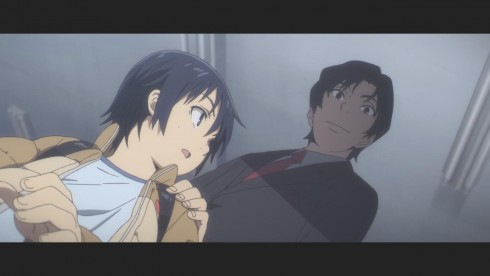 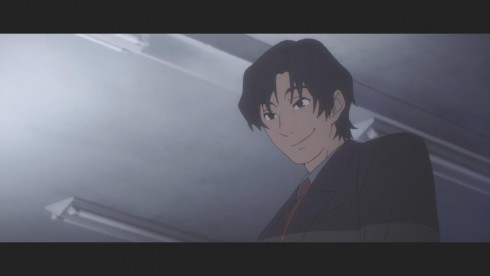 I believe it was Kaleb, who last week called out in the comments, the whole idea of Kayo’s abuse going unnoticed, and I’d say this episode addressed that concern pretty much head on. Thing is, people have noticed, and there is actually movement to help the girl. The help, in this case, turns out to be her and Satoru’s homeroom teacher, “Yashiro-sensei”.

I’m not entirely sure how I feel about Yashiro. There’s definitely a vibe I get from the guy, that makes him seem “off”. There’s just something not quite right about him. The first issue, is obviously the fact that he’s discussing Kayo and her whole situation with such a young kid. Granted, Satoru’s acting quite mature, but even then, the degree to which Yashiro-sensei is sharing information with him doesn’t seem… proper. It doesn’t feel right. 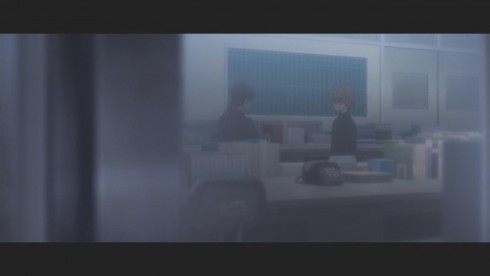 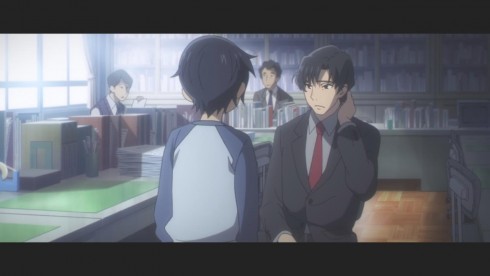 Even more so, the very fact that the teacher somehow thinks its okay to wait “until spring break” is just, shocking. Given the beatings that Kayo is receiving, nearly every Saturday, as Satoru quite bluntly states, can anyone really afford to wait on this? It really does make me wonder about the true nature of Yashiro-sensei. Is he the killer? That was perhaps the first thing that popped into my head, and if its true, then Satoru’s in a really tough bind.

The one person who can and is in a position to help Kayo, may very well be the killer, that not only kills three young children, but also kills his own mother in the future. I’m not sure if that’s the direction the show is going to actually go in, but my own gutt seems to be throwing up all the warning signs. And of course, there’s that scene with one of the kids talking to the sensei, that ends up really pointing to something being amiss. It’ll be interesting to see what the sensei’s endgame is, and whether the acutely observant friend of Satoru’s is actually spying on him for the sensei. The one thing for sure is that there’s more to this sensei then meets the eye. 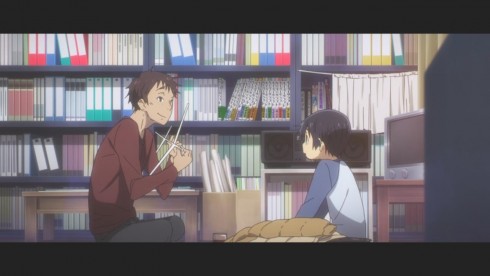 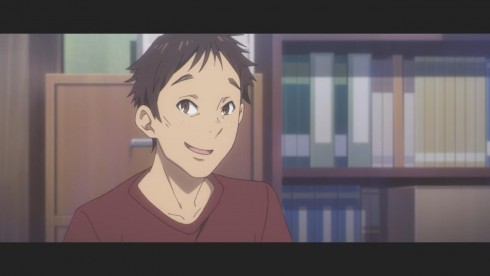 The other likely suspect, is of course, the one that Satoru is convinced is not the killer, “Yuuki-san”. Now, while I get that Satoru doesn’t want to believe that the person who gave him strength and hung out with him is actually a killer, I do think that there is cause for suspicion here. Yuuki has just enough weird quirks and anti-social tendencies that it worries me. Satoru could be very well wrong about Yuuki’s innocence, and he may very well have an actual part in the murders.

But the fact that there’s such a sense of uncertainty, and a genuine sense of wonder about all of this, is what makes this story such an intriguing mystery. All the while, Satoru himself is trying to uncover as much as he can, remember as much as he can. He’s making decent progress too, as he now knows two really important things. One that He and Kayo share the same birthday, and two that Kayo actually gets kidnapped before that day, March 2nd. In order to prevent the kidnapping though, Satoru, throughout the episodes tries his best to melt the glacier of ice around Kayo’s heart and get closer to her. 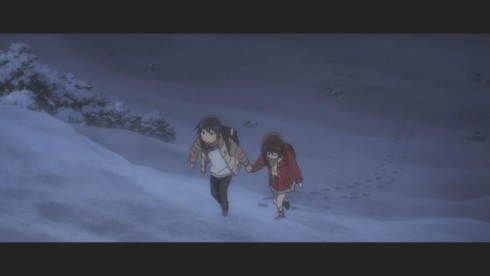 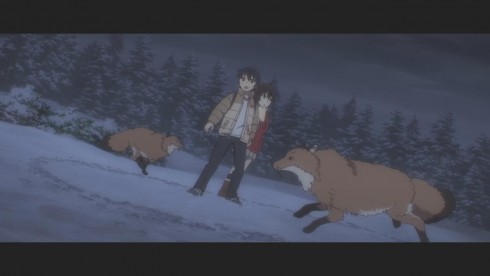 That was the one feel good part of the episode, Kayo and Satoru, the two kids slowly growing closer. The whole interplay and dynamic between Kayo and Satoru is just so fascinating. And its interesting, that despite Satoru’s time traveling powers, he is making some of the same mistakes he did make as a child. Letting another passionate person win, to in his eyes, preserve his ego, actually backfires at the start of the episode.

The whole race scene is so interesting, because it shows that for all the knowledge and power that Satoru has, he can’t fight against his basic good nature, and the intent to try and please others. Its that well intentioned mistake, that actually puts a bit of a barrier between him and Kayo at first. Of course, Satoru is making a change in the past, in one rather important way, and that’s getting closer to Kayo, and sharing some of his best moments with her this time. 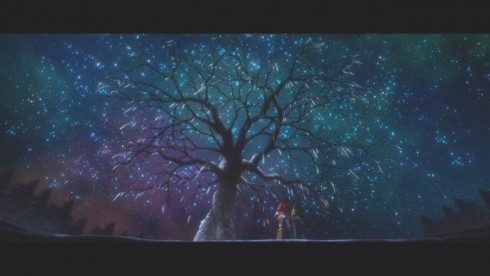 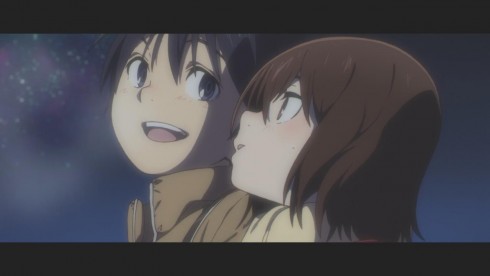 That whole moment, of Satoru and Kayo finding the tree and the foxes, that whole moment just beautifully plays into the fantasy of going back in time, and doing things differently, dojng them better. Its a nice heartwarming moment, and one that feels like its not enough, especially given all the terrible things that Kayo is going through. Still, the moment is appreciated, and its very much needed, as it gives a brief respite from all the despair and pain that we see throughout the episode. There’s a nice yin and yang to the whole thing, with some good genuine moments of happiness and affection thrown in to what is otherwise a pretty dire situation in general.

Dire though it may be, it definitely raises the stakes competently, and makes you really pine for Satoru to succeed. Will he? How is friend and who is foe? The questions continue to rise, and with it, the anticipating only gets stronger. The last thing I’ll say is this: “I cannot WAIT for next week!”