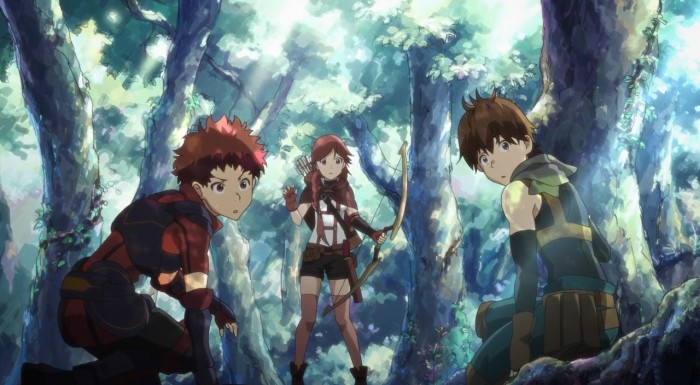 I’d say that for me this was definitely one of the stronger first episodes of the new season. It really lives up to what you might imagine for this show. A group of regular people thrown into this fantasy world with almost nothing at all. No skills, no weapons, not even their own memories. A group of strangers told they have to fight to survive in this world and off they go. It’s a well thought out situation that leaves the cast in a very bleak situation. Out of all the shows that work on the “people thrown into a fantasy world” this would be at the bottom. I mean they have nothing and have no idea why they are there. I have no idea why they are there. But the grouping is so large that it can’t be accidental. Were they somehow summoned to this world? Did they make the choice themselves to travel to a fantasy realm, but lose their memories of that? We may never find out. But this leaves us with a strong start since the cast literally is starting at the bottom. 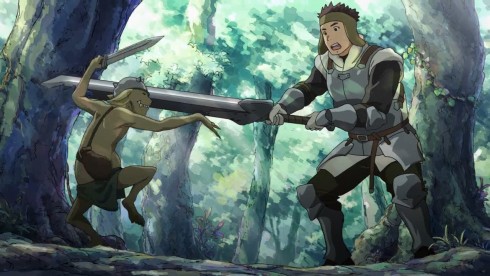 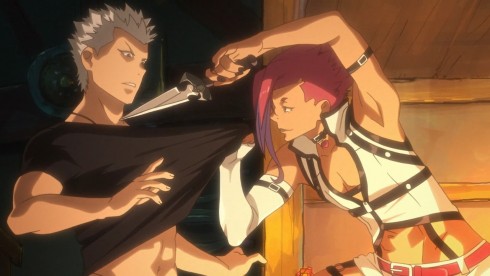 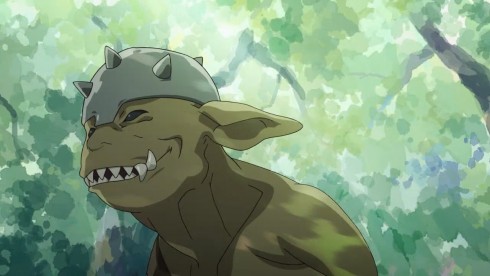 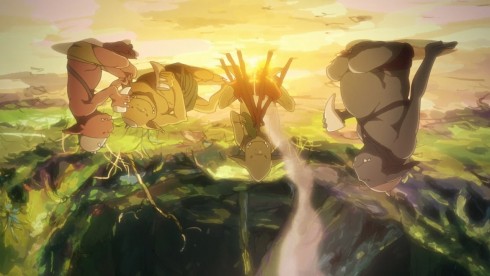 You do worry about their future right now. How can they survive like this? Renji was smart enough to grab the strongest in the group and is off running. The guy is probably badass enough to survive in this world. Though it would be ironic if his group gets too overconfident and killed at some point. You just never know with how the world is. The rest are now stuck as this group of underachievers who have to unite together and struggle to survive. In reality it would have been better for the entire group to spread out the skill evenly. But, Renji seems like the type that really doesn’t care. He’ll do what he wants and if taking the strongest improves his odds then that’s what he’ll do. What happens to the rest probably doesn’t matter to him. After all, he doesn’t know any of them.

I worry for the rest. Haruhiro and his group are really struggling. 2 Goblins. That was too much for them. 2 of the weakest monsters out there and they couldn’t win. Even assuming they could beat one by itself, can they survive off that? Goblins probably aren’t worth that much in terms of cash. This is actually really bad for them. They just don’t have the skill right now. Life and death battles are taking place here and they are getting bullied by the weakest of the weak. I’m actually curious how they are going to get through this and whether they are going to lose someone before they figure it out. 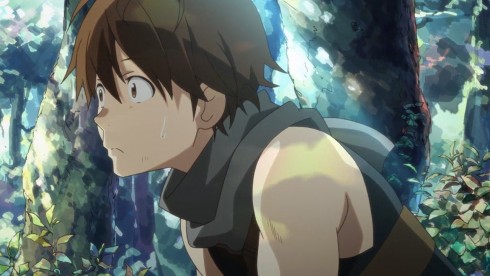 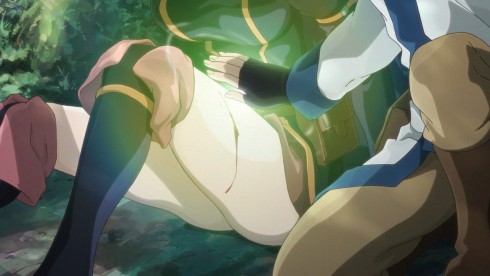 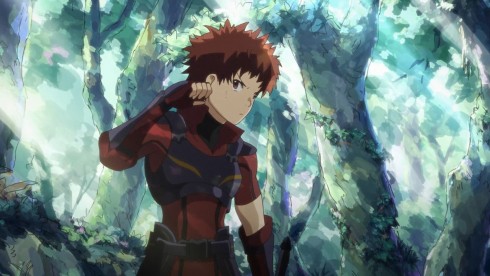 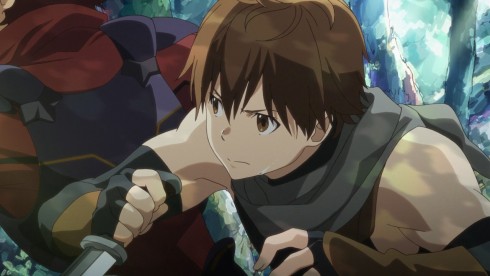 That first fight against the goblins really set the tone nicely. The rough and unskilled fighting styles of the main cast, the agility and confidence of the goblins. Even though they were fighting all these people and never said a word, you could just read the expressions for the goblins. Somehow they have to adapt to this. The art style really does stand out with this show. It just feels like they are fighting and living in this kind of fantasy world.

The setup is good as well. The main cast gets recruited to be volunteer soldiers and go off to train with teachers to gain their initial classes. Very much a standard setup in games as well. But despite the training they are still a bunch of kids who are struggling in these life or death situations. The trainer for Haruhiro was pretty entertaining in her own way. Can imagine Barbara had some fun messing with this kid while training him. 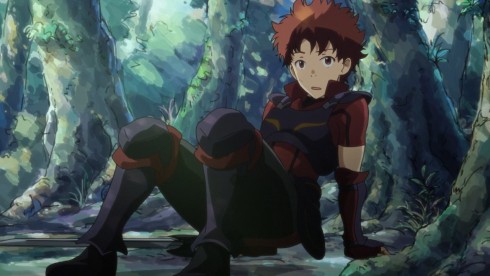 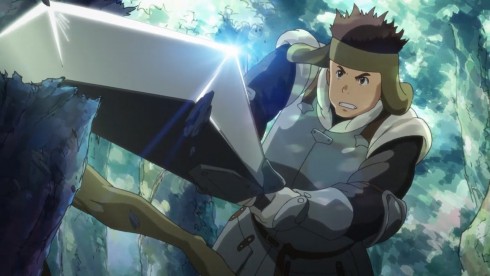 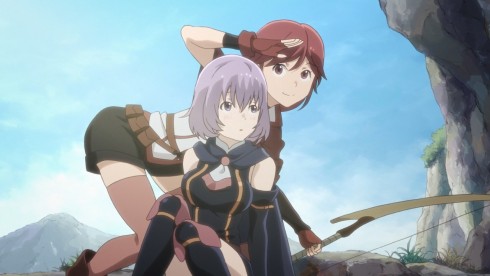 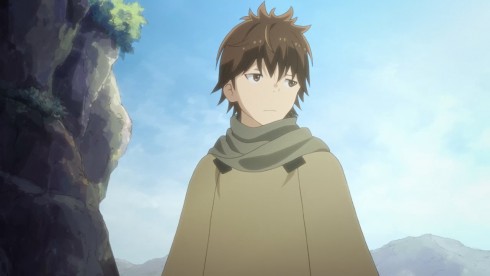 The cast itself seems pretty solid, though with this size of a group we really only have the simple first impressions. Haruhiro being the main character who specialized as a thief. Moguzo (the big guy) is the warrior, Ranta (the big mouth) is the dark knight, Yume (the outgoing girl) is the hunter, Shihoru (the shy girl) is the magician, and Manato (the group leader) is a priest. Few of them seem really skilled at their classes right now, but they do have a fairly balanced group. Some up front fighters, some mobile support fighters, long range magic and healing. In theory this works just fine, but again when you aren’t actually good that kind of thing doesn’t matter.

Still need some time to get used to the cast really. I like the lead overall, he seems like a nice enough guy. Just a pretty standard type that isn’t that confident yet. Ranta got a lot of focus with the guys just because he talks so much. Seems like the type who is just talking to disguise how unsettled he is about this situation. Out of the female cast they probably gave more examples of Shihoru’s character so far. A very shy person who again isn’t very self-confident. The type of girl who either feels she is fat or has been insulted about being so in the past. 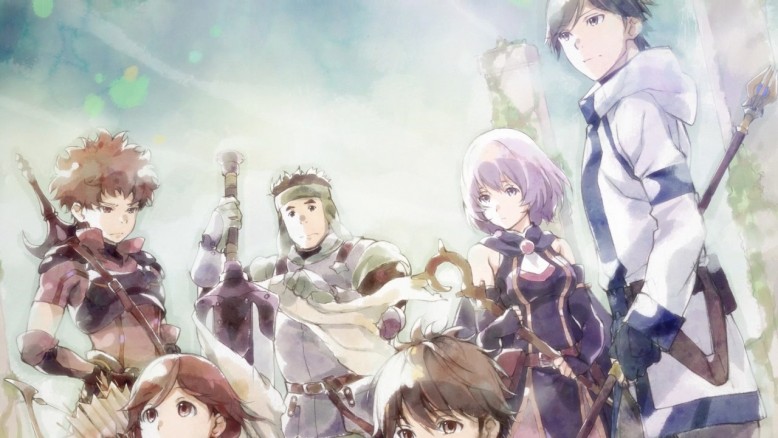 The ED seemed ok. It was a pretty basic type though. Just one large image that we’ve seen in promotional material with the credits playing over it. Overall I like the song though. It has some nice energy to it and is fairly catchy. I’m not sure whether the song will stick with me for too long, but from a first listen it was pretty nice. Just kind of wish the ED had more going on. It kind of pans over this one large image but doesn’t do much else. 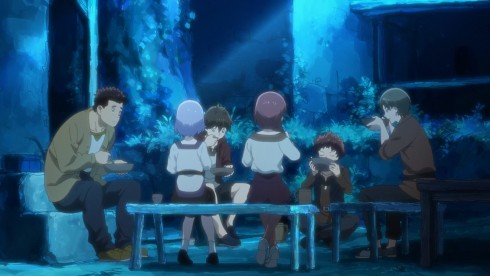 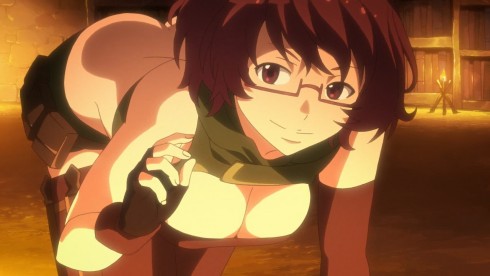 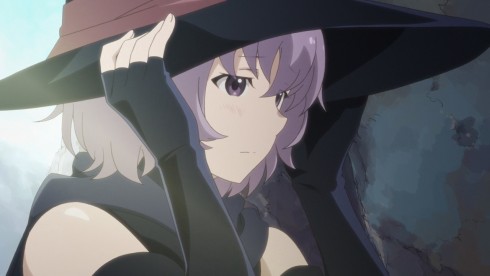 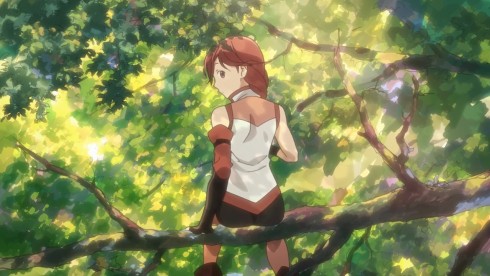 In the end I think this was a really good start. It’s much grounded in a sense that the cast are starting from the very bottom here. They have to adapt to their situation here and start finding a way to win. It will be pretty unsettling for them when they do actually manage to kill some goblins since this will be a messy thing, but that’s where they have to get to. As far as first episodes go I think this was a good one. We get a small picture of the overall world, but a good understanding of the situation the main cast are in and their basic personalities. If it can keep this up that will make for a good show.

Again no guarantees I’ll continue on with this show, but it’s a possibility for this season.