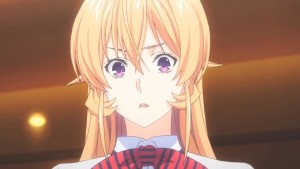 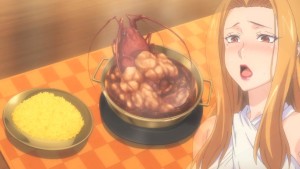 Its kind of unfortunate that the penultimate episode of this series is destined to be ranked as one of the weaker and ultimately forgettable episodes of an otherwise really memorable and strong series. 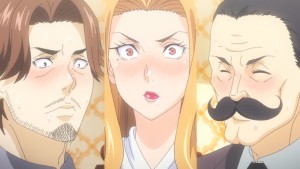 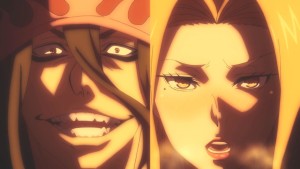 The real problem with this episode is that it makes the sad misstep of exemplifying some of the more frustrating and annoying characteristics of this series, ones that generally lie dormant.

One of those things, is the extremely crude and disgusting “food-gasm” reactions. This week was particularly bad, I’d say even worse than the rather off putting first episode. The problem with these judging reactions is that they’re just crass and silly, rather than entertaining and funny. It just feels juvenile and cheap, and even the nicknaming of every character got a bit cumbersome this week. 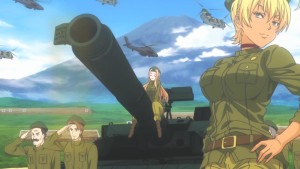 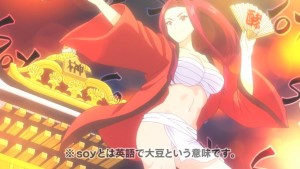 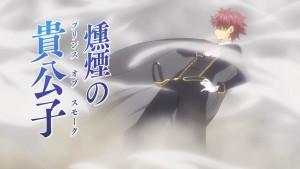 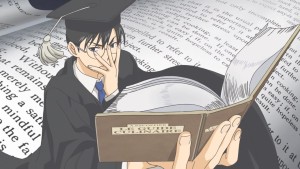 Prince of Smoke? Ane-san? Meat General and The Professor of Taste? Seriously? I mean… seriously? XD

That’s the best you’ve got Shokugeki no Soma? I mean… really? I know for a fact that this series can do better, it HAS done better. But these nicknames, and the horrible reactions just really brought the show down a couple of notches. 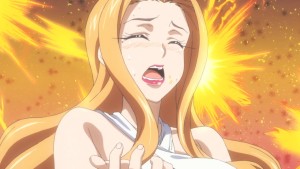 Natsume’s reactions in particular, were just degrading in a way that was neither funny nor sexy. I’m all for some good old fanservice that’s funny, but when it doesn’t work, man does it just explode in the show’s face. Every time Natsume began to eat a dish, I clenched my teeth in anticipation for the cringing that was about to follow. And Follow it did.

And can I just take a moment to say how errily creepy all the boob and butt jiggling was? I mean, unless those body parts were made of some weird jelly, that simply would not happen. It was just… difficult to watch and utterly distracting. 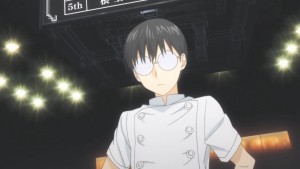 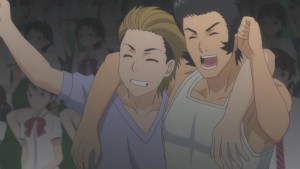 But beyond just the horrible Nicknames, jiggle animations and reactions, the other issue was that this was essentially the A-Block version of “lets get the side characters out of the way as quickly as possible”. We saw this at the start of the B-Block Stage, but last week had me thinking the show had found a nice balance between giving the side characters their due and focusing on its more interesting characters.

That delicate balance was upset this week. While the episode opener with Alice’s assistant Ryo was pretty darn cool (though that lobster butt slurping scene… ugh), it kind of went downhill from there. 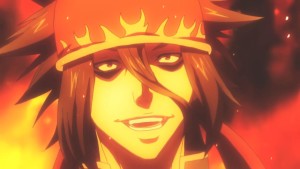 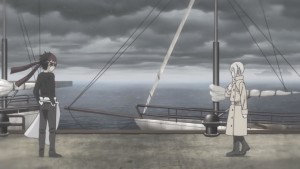 Its not just that some of the polar star dorm characters aren’t interesting, because they are. Its just that their dishes didn’t get the buildup or attention that I’d wager would make them interesting. It just felt very… glossed over.

And unlike the B-Block, the results weren’t as earth shattering or as exciting as I’d have liked. It was surprising see the Polar Star Dorm kids take top positions, but with all the ties that happen, you almost wonder how many of them are actually going to make it. 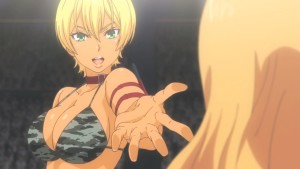 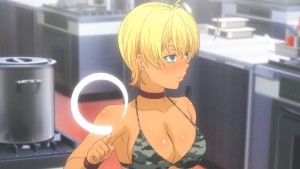 I will say, I was surprised that Nikumi scored as low as she did. I more or less expected her to be one of the survivors, but given that she’s tied with Ryoko at 4th place, it seems like she may end up being knocked out of the running at the end of it all.

We get two ties by the end of the episode, so maybe the judges will end up voting again and outing certain characters. I guess there’s a curiosity there, but I think all the ties actually work against any sort of tension or excitement in the actual results. They almost don’t matter, since the actual voting will happen later anyway. 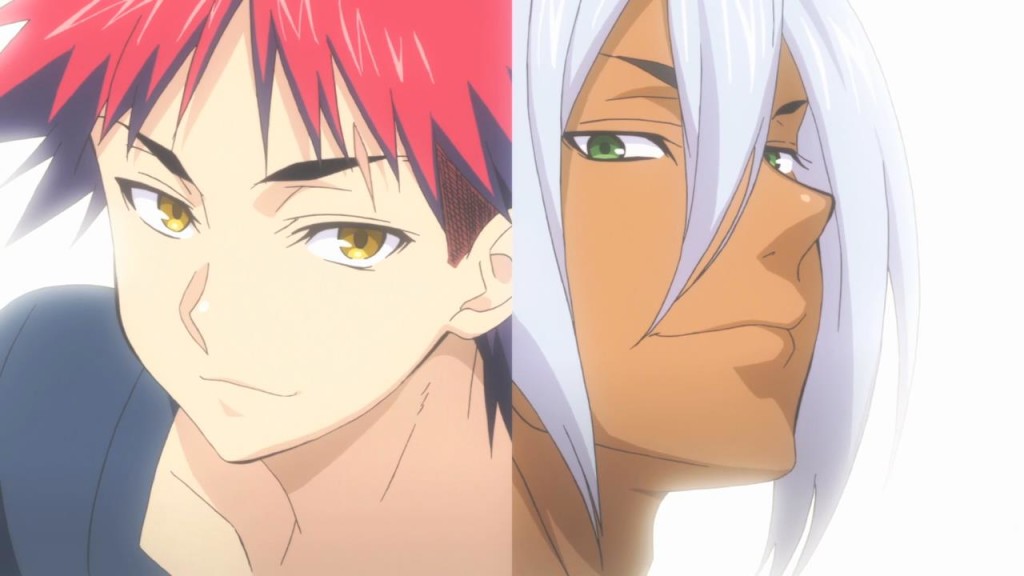 Everyone forgot about us, but we didn’t. Pass the time via STARE CONTEST!

Of course, Given that Akira and Soma haven’t gone yet, they’re probably going to snag the top 2 spots and dethrone everyone else. The episode pretty much ended with Akira showing off his dish, and that will lead us into the final episode of this anime series.

Yeah, final episode. The preview pretty much confirms that we won’t be getting any more Shokugeki no Soma in anime form. I’m sure I’ll lament a lot on that next week, but for now… I’m glad the worst is behind us. All that’s left is to see what kind of moment the series ends on. It may very well be the last time we see this franchise animated after all. 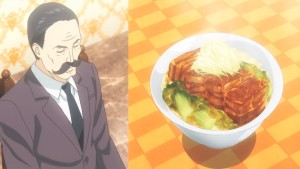 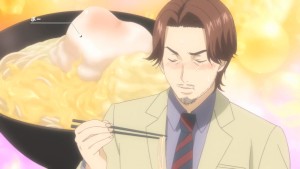 Beyond that, I don’t really have much more to say. The cooking this week was actually not as entertaining and enthralling as it usually is, so I really don’t much more to say about that other than than it was interesting and very loosely associated with what I’d call curry. Ah well… Every show has an off week or two. 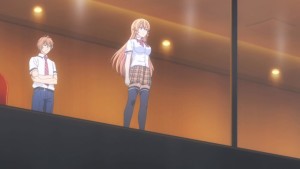 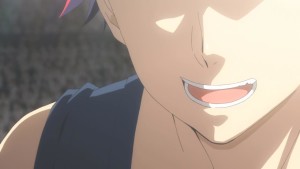 Akira vs Soma in the final episode, next week.