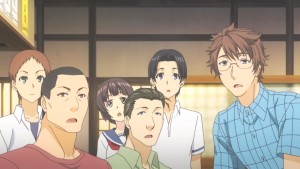 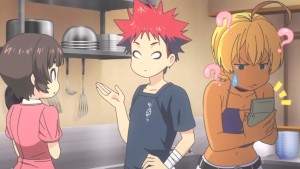 For a Shokugeki no Soma episode, that felt uncharacteristically short. Short side stories like the one that started in this episode are a nice change of pace, but what made this week really endearing was how it felt so nostalgic. 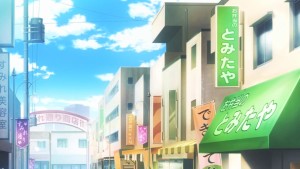 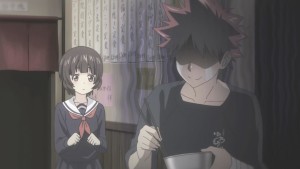 One could definitely argue that there’s been quite a difference in the tone and feel of this show  between what happened in the first episode and what we gotten recently. As Soma inevitably gets deeper and deeper into Totsuki’s world, its nice to take one last look at where he came from.

Cue the return of the nice girl we saw in only the first episode, Mayu. From the first episode, if you had told me that Mayu was going to be a regular and major part of the series, I would hardly have doubted you. Yet, as we saw in the second episode of the series, things went in a completely direction. I did always feel that that was unfortunate, so its nice to see her brought back into the fold, even if our little visit is only temporary. 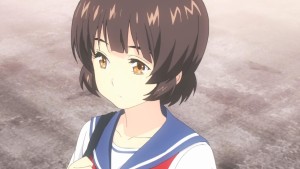 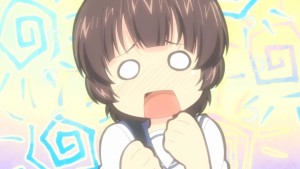 Mayu’s still got a thing for Soma, though lets be honest, she doesn’t seem to have much of a chance. The way the anime is building up Erina has me worried that she’ll be an eventual romantic option but there’s also Megumi. Megumi’s got Mayu’s niceness character trait, but then she also works hard and is inside the cooking world in a similar way to Soma. Maybe this little return arc with Soma is her chance to get closure perhaps?

And speaking of people that are into Soma, things got interesting when Soma ran into his latest challenge. The big problem this week for Soma, and something that was eluded to last week, is the potential failure of the shopping district where the Yukihira diner resides. Due to a recent Karage (Fried Chicken) chain store opening a branch near the local train station, most of the business from the shopping district has been more or less diverted to there. 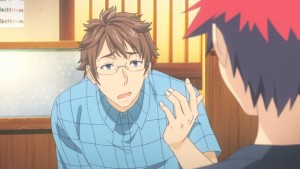 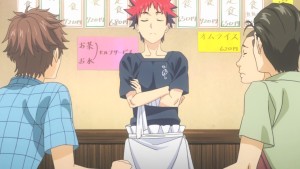 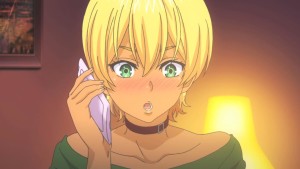 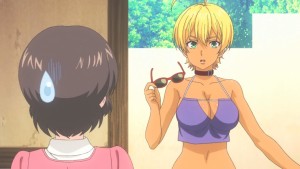 So Soma decides, in classic soma fashion, to take on this new chain store and create a product that can bring the customers back. And since Karage is a meat product, who better to call than meat expert Nikumi?

Nikumi’s the other girl that’s into Soma, but has very slim chances to actually get together with him. Despite her Tsundere-ish takings with Soma, I actually quite like her. She’s a girl that prides on being herself, and is a force to be reckoned with as a cook, so there’s enough positives there. I’m more or less curious about how she’ll play into the larger scheme of things, but its nice to have her develop a genuine relationship with Soma beyond just being in his fanclub with Takumi Aldini XD 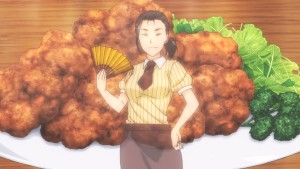 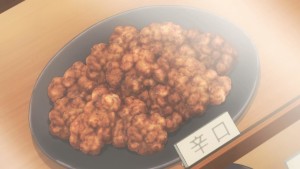 As for the food itself this week, its something that’s very near and dear to my heart. Good Japanese cuisine is hard to get a hold off when you live in the US, but there have been a few instances where I’ve been able to get my hands on some. In those rare instances, one of the things that I absolutely adore is the karage chicken.

Chicken is great as a fried dish, as evidenced by the popularity of Fried Chicken, Chicken Wings, Chicken Nuggets, Tenders and what not. But Karage is special, its special because of how crispy and delightful the outer covering of the food is, and how that plays off well with the chicken. Karage is generally decently spicey too or at the very least, has some nice spice mixes to add some unique flavor to it. 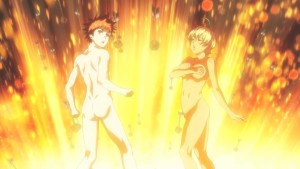 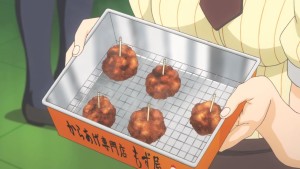 The other interesting thing about Karage, is that its very much a fast food dish. Its quick and delightful pleasure food, a nice snack that you’d buy when you’re feeling a bit peckish. Its nice to see the show tackling stuff like this as opposed to more traditional, slow cooked exquisite dishes.  Personally speaking, what amazes me about Japan is how they’re great at making convenience store items, and grab and go products so darn amazing. Which is why stuff like Karage, Melon pan, Yakisoba pan e.t.c, these are the things that I’d love to live on if I could.

And there is a certain depth to making the more snack like foods, as Soma and Nikumi find this week. Despite making something that’s decently good, they can’t quite match up to the competition. 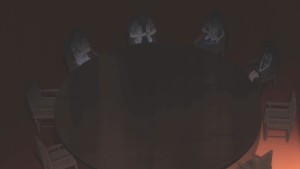 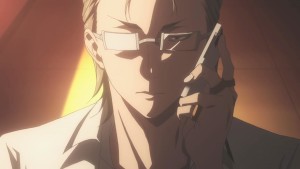 The big twist, however, is that Soma is indirectly taking on a member of Totsuki’s Elite Ten, who seems to be consulting for the Mozuya store that’s got that special Karage advantage. And while Soma and Nikumi are busy trying to come up a product that can stand up to the Karage, the Totsuki Elite Ten is deciding on who will be participating in the fall elections from the first years.

Its obvious that both Soma and Nikumi will end up participating, so this little arc is probably their last chance to grow a bit before they take on some insurmountable challenges in those elections. 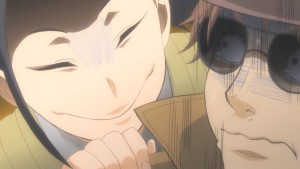 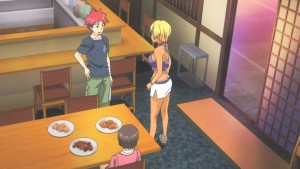 And honestly, there’s really not much else to say. This episode was more or less setup for the problem, the rather annoying Mozuya CEO coming into her role as a creepy villain worth beating, and the dream trio of Soma, Mayu and Nikumi forming.

Soma seems to have come up with some kind of solution based on Mayu’s advice on using their location to their advantage, so it’ll be nice to see where that leads next week. Even more so, however, what I’m really interested in is seeing if there’s a future for Mayu in the show, and how she and to a lesser extent Nikumi, will play into the whole story and Soma’s social circle. 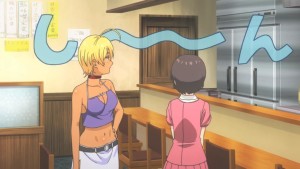 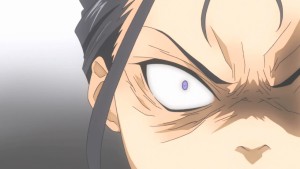 Next week seems like it’ll be the resolution to this whole Karage chicken business.