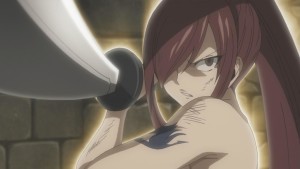 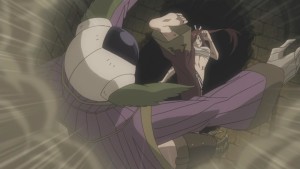 We’re at a point where Fairy Tail isn’t just good or endearing, its just frigging killing it every week. Its no stretch to say that the series is at a real high point right now, but man was the wait long to get to here.

What’s truly striking is how every element of the show is just so good these days, not just the actual episode content itself. There’s a reasonable recap (2 minutes) that leads right into the openning theme, where the excitement just ratchets up. 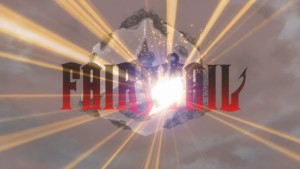 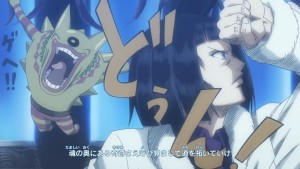 I’ve got to say, Never End Tail has got to be one of my favorite OPs for the franchise, if not one of the best OPs in general. Then, following that there’s the intense, adrenaline rush of a friggin episode title that just continues to build the moment before turning it over to the episode itself. Its these little things that combine with and elevate the fantastic music, story, and the perfect pacing.

Pacing, Pacing, Pacing. One of my biggest complaints with Fairy Tail since the second series started has been the pacing and how off its been. With the Tartaros arc, however, except for the odd episode or two, the pacing is back to what made the last series so darn special. 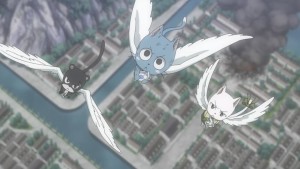 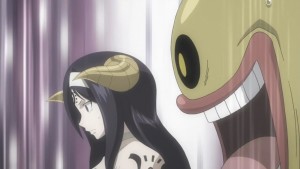 But, beyond just getting the old good stuff back, what’s truly impressive about Tartaros and what’s happening right now is how much it continues to defy expectations and genuinely surprise. Its just gripping television when you can’t predict what will happen next.

I’m sure everyone and their dog expected to see Fairy Tail escape from Elfman’s suicide attack, but the question of how was always on the mind. And I gotta hand it to the show, while it did come out of nowhere, I enjoyed the fact that it was Cana that actually saved the entire guild. 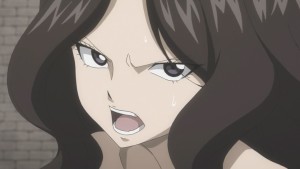 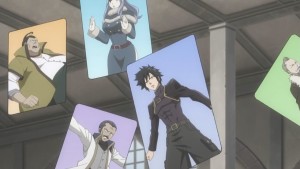 Cana’s not a character that’s really done much throughout Fairy Tail. The last time she really did anything was use the power that Mavis gave her on Tenroujima. Since that arc, she’s been kind of forgettable. And even leaving her role in the story aside, her powers themselves have been uninteresting if not entirely lame. So I’m being sincere when I say that its nice to see Cana do something of value, and bring something to the guild beyond a weird set of daddy issues.

Saving the entire guild from instant death is a pretty huge win in my book, and gives Cana some clought to gloat if she wants to. But beyond just saving everyone in the guild, Cana turned that desperate act into a full frontal assault. 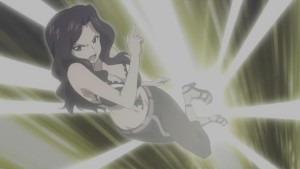 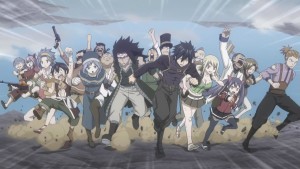 So now Fairy Tail’s gone from being surprised to bringing the fight right to Tartaros. Calling the whole turning the tables moment unexpected, let alone that Cana would be the instrument of said change, is putting it mildly.

And now that Fairy Tail is all there, its safe to say that Tartaros has quite a huge mess on their hands. Unlike the Grand Magic games, or even Tenroujima, this is all of Fairy Tail, pumped and ready to rumble. The bigger numbers seem to favor Fairy Tail too. Sure Tartaros has a near endless supply of grunt soldiers, but Fairy Tail has the real fighting force at its disposal. 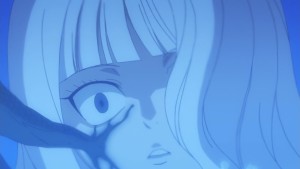 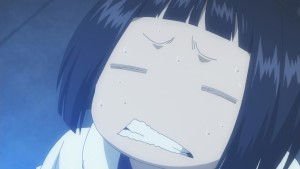 Things only got worse for Tartaros from there. After seeing Fairy Tail constantly beat down and outgunned in the last few episode, it was just so satisfying to see them rise back and dish out some sweet sweet justice. 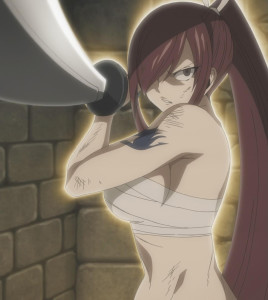 The truly gratifying part of the whole thing was how Fairy Tail didn’t have to come and save its captured members. Rescue Mira? Hah! Mira’s perfectly okay with fending for herself. It great to see one of Fairy Tail’s nicest and strongest female characters just save HERSELF. It makes total sense that Mirajane would have some demon blood in her, since she does use Satan Soul as her ultimate attack. 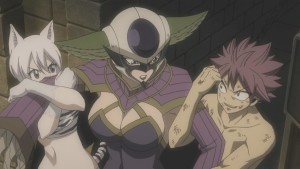 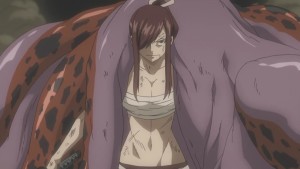 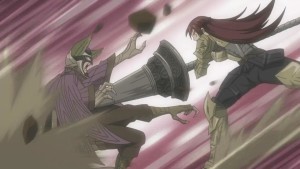 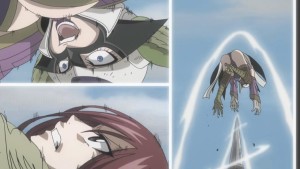 Erza, on the other hand, might’ve been saved by Natsu and Lisanna, but had her own sweet sweet revenge. Not only was it great to see Erza on the other side of the shackles, but she pile-drove Kyouka right through the Tartaros Cube’s floor! And that was the way to do it. The way to connect the whole conflict and give Fairy Tail a way into Tartaros had to be via Erza. She’s just suffered waaay too much in the past episodes to not get a badass moment or five. I’d say this episode more than delivered.

It wasn’t just Erza though… In one of the rare moments of the series, we actually got to see mostly every character in the guild use their powers and look cool doing it. Its not realistic for the series to be able to give the spotlight to all its characters, but its darn nice when there is a nod to the more under served characters of the cast. 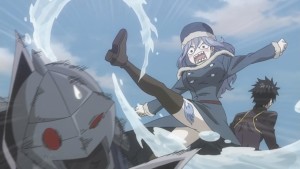 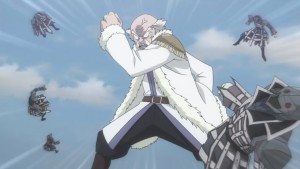 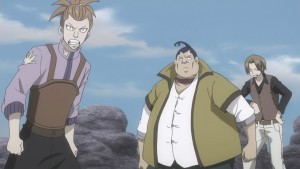 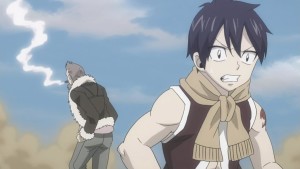 And if all of that hadn’t been enough, the episode ended on a truly shocking high note. Natsu runs into the ultimate big bad of the entire series, Zeref, right at the end of this episode. Talk about… Woah. There’s no beating around the bush here, Zeref is responsible for Tartaros, and lo and behold, he’s right there, in front of the series protagonist Natsu.

The last time Natsu and Zeref met was pretty brief, and Zeref was a sort of different person than he is now. What’s Zeref going to say to Natsu? Does he still expect Natsu to kill him? All these burning questions have come boiling back to the top of the pile. And the biggest question of all, what is Natsu and Zeref’s connection? (No Spoilers obviously, manga readers!) 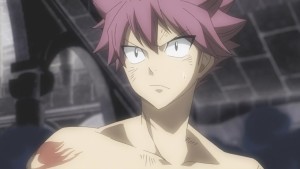 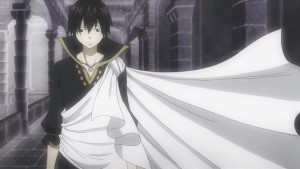 I’m not sure if we’ll get answers to all these questions, but as far as upping the ante of the arc goes, it just happened. I said last week that Fairy Tail was out of the surprises and was now all about the battles, but damn, how wrong I was. This arc just continues to exceed my expectations in all kinds of crazy ways, Props to Mashima-sensei and A-1 Pictures for this weekly dose of awesome.

We’re back to a world where Fairy Tail is the highlight of my week and leads me to crave more and more with each episode’s ending. Life is good. 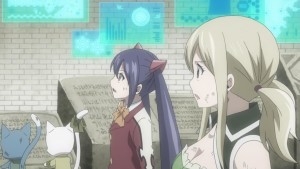 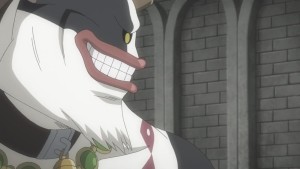 Let Live or Kill is next week’s title. My body is ready, bring on the all out war between Tartaros and Fairy Tail!