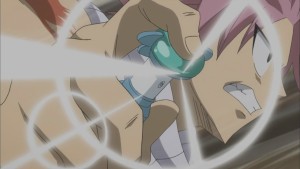 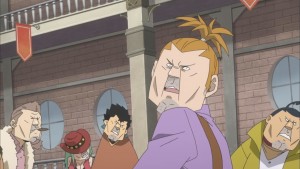 Is this what its like to have a Hiro Mashima dream? I thought I had seen it all in terms of weird, but this was just something else. What’s truly amazing about this… thing, is that it came straight from the source. I guess even Mashima-sensei has his weird quirky days. I think if there’s a “silliest filler” award, this episode wins it hands down.

Even more surprising is the fact that this story came out as an extra manga chapter in the same week as this episode. That’s pretty amazing, and you’d think that kind of one two punch from the franchise would be for something a little less… weird.

But you know what? Despite how weird this episode was, it felt oddly more Fairy Tail than some of the last few episodes. This was definitely a weird episode, but it was Fairy Tail weird. That doesn’t exactly mean it was good, because I don’t really think it was. I guess in the grand scheme of things I just kind of gave myself over to the crazy at some point. 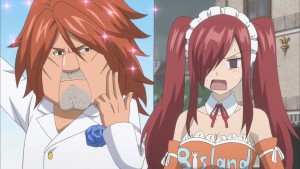 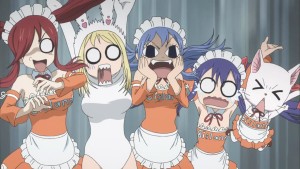 When an episode starts off with Ichiya in the forefront, you know things can only go down from there XD

I think this story would probably work better as a one off gag omake chapter, then it does as an entire episode. The basic premise is that there’s a zombie apocalypse of sorts, except, instead of the City of Magnolia being infected by a Zombie virus, its a virus that simply gives the infected Ichiya’s face and odd personality. Oh, and the infection is spread by the infected “sniffing” their victims, and adding them to the heard.

I really do wonder how this came to be, and my personal suspicion is that Mashima-sensei just had an odd dream one night, and decided that it’d actually be fun to make it into an actual real thing. The whole episode has those weird trappings of a dream. 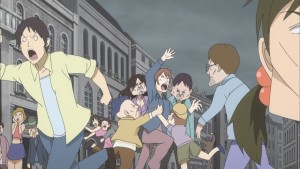 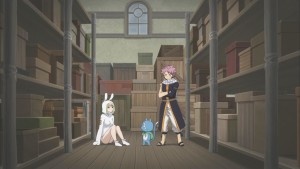 The whole Ichiya zombie apocalypse, Lucy in a weird bunny suit for no reason and then everyone except Natsu and Lucy and Happy get infected. Its just something lacks all semblance of common sense XD

I will give this episode credit, after the Fairy Woooman episode, I didn’t think anything could quite top it in terms of “out there”, and boy did this episode prove me wrong. I guess the fillers had to end with a big bang of sorts, and I guess its all about go crazy or go home with Fairy Tail.

Speaking of crazy, I did like how this week’s fanservice shot featured a decent amount of Ichiya. Ignore that Scandlous Jenny, as there’s enough Ichiya for everyone: 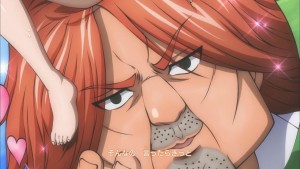 I’m not really sure what else there is to say. I’m personally glad the fillers are over, and its about to move onto the real story. I’ve been ready for weeks, as I’m sure a lot of other viewers have been as well. And uh…. Man is Fairy Tail weird sometimes… 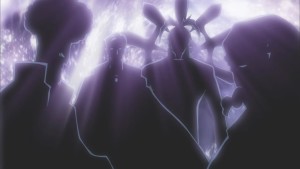 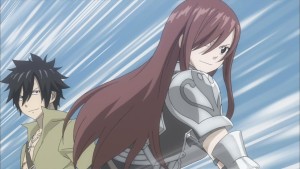 The new arc begins! My soul is drained from all the filler, but my body is ready! See you all next week!