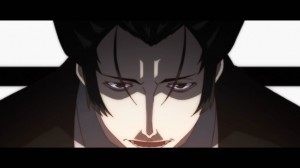 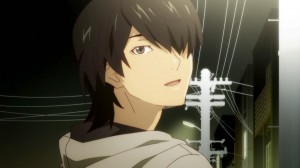 Its no stretch to say that Nisemonogatari is crawling at a snail’s place plot progression wise. Not that that’s a bad thing, as this is a series that, more or less, focuses on character interactions and dialogue more so than fast pace thriller esque entertainment. 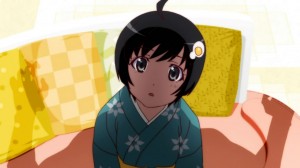 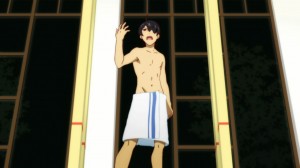 We started off the episoode with Koyomi talking to Tsukihi and getting the gist of events from her, and then talking to Hanekawa as she left XD 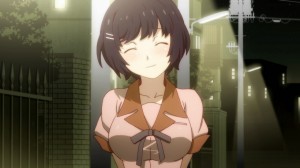 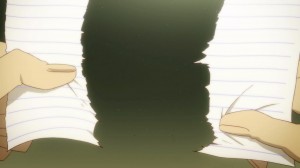 It was semi funny to have Hanekawa give Koyomi a “touch my breasts free” card only to proclaim that if he did, she’d hate him forever for it XD Oh Hanekawa, I don’t care what anyone else says, you are the real LAST BOSS! XD

Ahem… The bulk of this episode was spent recounting the events of Karen’s meeting with Kaiki. Kaiki is definitely the very intriguing villain. Its safe to say that Kaiki has a decent understanding of the supernatural, but rather than do an honest man’s work, and you know, actually sell his knowledge, he ends up playing the con man and swindling money of middle schoolers. 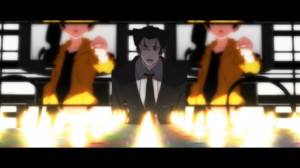 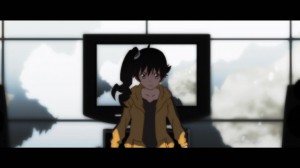 I guess its easier to fool people and give them something that they want, rather than have them face reality, which is kind of what Oshino and Araragi have had to do to solve a lot of problems.

That said, the meeting between Kaiki and Karen was pretty chilling. Its safe to say that, Karen represented the bright, innocent youth of goodness, while Kaiki represented the dark, evil philosophy of being an adult. In many ways, there’s some symbolism at play here, As Japan as a society always regard kids as pure, and adults as kind of twisted, warped by time and not trustworthy. 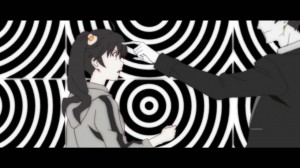 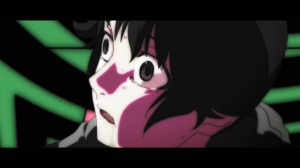 For all her bravado though, much as Koyomi probably feared,  Kaiki sure dealt quickly with Karen. Not only that, he’ll also be harder to find now, since his little encounter with Karen has him on guard now.

Now then.. , during the whole “Rubbing off the sweat” from her body

Koyomi comes up an interesting plan, namely, to transport the disease from Karen  to himself. Of course, as Shinobu tries to hint at, the way to do it is hardly going to be easy. So Koyomi has to kiss his little sister to… wait… WHAT THE HELL!??!?! 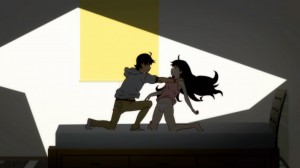 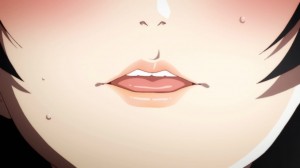 First, Pedo then Incest huh? Even if its a joke-ish idea to make things a bit creepier… seriously, SERIOUSLY? O_o

I’m not even going to comment on how many levels of “Wrong and fucked up” this reaches, but honestly… why am I not surprised? Ah well. The episode ends before the deed happens, so it could go either way, with Karen obviously slapping Araragi senseless next episode or something. I guess Nisemonogatari will keep up the pattern of interesting plot and pervyness, pushing new boundaries in at least one of those areas. Can you guess which one? XD

Also, it was interesting to note that there are literally “no missing frames” of animation. Unlike the last few episodes, we’d get a “blank frame” every now and then. Could SHAFT actually be stepping up their game and getting the episode fully animated on time?!?!?!?! I mean, even the Karen OP had literally no missing frames either! XD