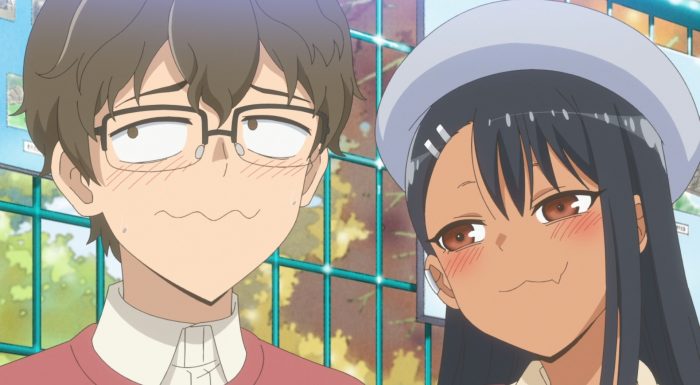 This was another fun and cute episode for Nagatoro-san. It was mostly spent on their zoo date, and I didn’t mind that in the slightest. It was a good chance to mostly just focus on Naoto and Nagatoro. The last episode partly established their status quo, but I think this one really showed how far they’ve come over the span of a single season. It highlighted both the growth in both characters and how much more than they can mature. They are getting step by step closer to just openly dating. It’s still going to take a while for Naoto to even entertain the possibility. But they are getting closer to that point and it just needs some additional courage on both sides. More so on Naoto’s side, but no question that Nagatoro will need confidence to not mess up any possible confession. 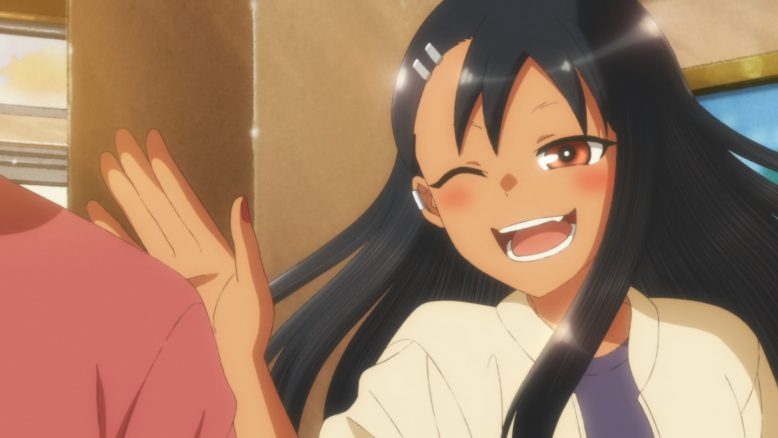 Another girl in love right here.

The big growth moment came near the end. What I liked most was Naoto openly admitting that he needs to do better. He’s not satisfied with how he handled things in that situation. Things worked out, but he does want to become someone that’s confident enough to hold his ground. He could have just let Nagatoro continue to mildly tease him, but instead he did admit to some regrets. It’d be easy to just give him that one moment to stand up for Nagatoro and let that be that. But instead, he wants to grow and that’s a huge part of maturing as a person.

Of course, it is balanced out nicely by the fact that Nagatoro is already happy for what he did do. She knows better than anyone how hard it is for him to argue with people or stand up for anything. That he did it for the defence of her art does mean a lot. And I think she is proud of him for doing as much as he did. Nagatoro pushes a lot, but often it is because she wants to see Naoto gain more confidence. It just means a lot though to have the guy she clearly likes step out of his comfort zone to defend her. She can handle this kind of thing better than him, but it is still a nice thing for her to see unfold. 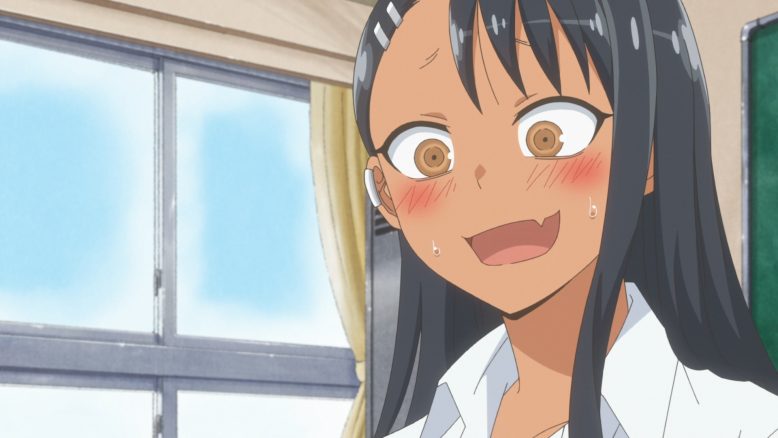 Man she wanted that invitation so badly

I think asking Nagatoro out for this date shows how both have grown. Nagatoro knew what he was going for. Even if she didn’t realize the actual purpose of the date. She was actively trying to draw out the invitation. It was fun watching her desperately try to recover anytime she said something that seemed to discourage him. Does she like animals? You bet she does! Does she like drawing? Not really…but maybe she kind of does! She was basically both the target of the invitation and Naoto’s wingman at the same time! He owes her big time for how much she tried to help him ask her out.

You could see the joy lighting up her face when he finally did. She was free to lightly tease him since he’d already asked. But the moment he even threw out the idea that she didn’t have to go…she quickly confirmed her intentions! No chance she was going to let that opportunity pass her by. 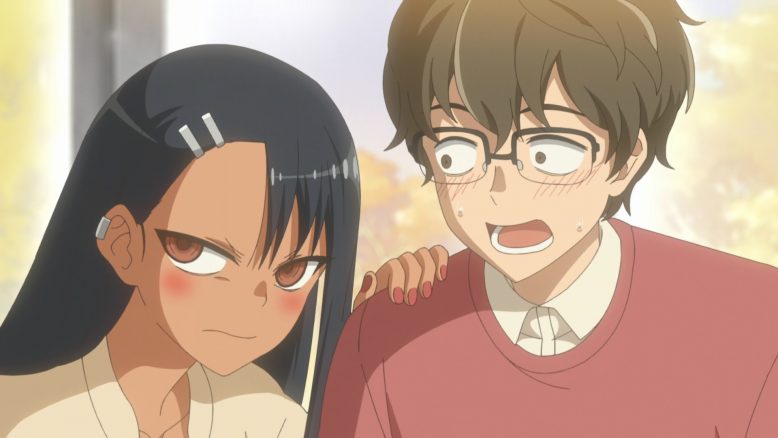 Those two were right to leave!

It was a pleasure watching Nagatoro just rip into those two that were bothering Naoto. She’s hardly lacked confidence in the show, but you could feel the intensity. I don’t think she cared much what those people thought about her art. But the fact that Naoto tried to defend her and was being harassed probably created a storm of motivation. It’s obvious to say that she’s hardly shown concern about being seen together with him. Maybe around her friends she’s not willing to admit her romantic interest, but she’s willing to involve him in things. But here it wasn’t even leaving room for the other side to stumble away after being thoroughly intimidated. 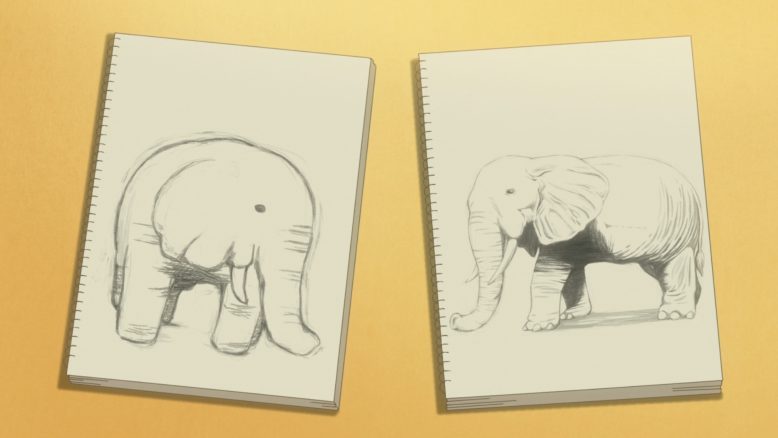 The drawing portions were sweet as well. It makes sense that if there’s anything Nagatoro wanted to draw it was the guy she liked. It’s only fair anyways considering how many times he’s drawn her at this point. And if she’s taking what he said about drawing things you are interested in… well he’s the best target for that. It’s also kind of a fun way to indirectly confess. Naoto almost picked up on it, but of course doesn’t have the confidence to believe that Nagatoro could like him in that way. And she did pick up some things even through that cute bit of flirting while having him help her sketch for a bit. 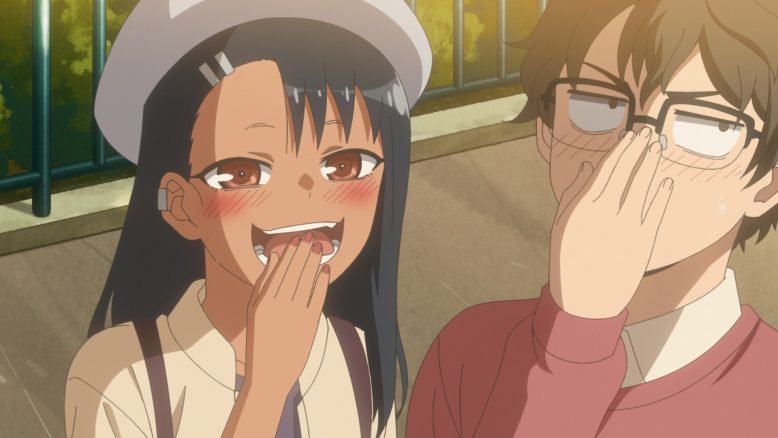 They’ve got a long way to go, but I can wait for them

I’m just really enjoying the second season so far. It feels like the first season did a lot of legwork to set things up and season 2 is enjoyably taking advantage. There will obviously be future challenges for these two. But right now, the show is making the most of what season 1 did. At this moment these two are free to steadily grow closer. We can both see Naoto slowly maturing as a character while Nagatoro just continues to grow more attached. It has a different tone from a show like say Kubo-san. But it’s still fun to watch this budding romance develop.