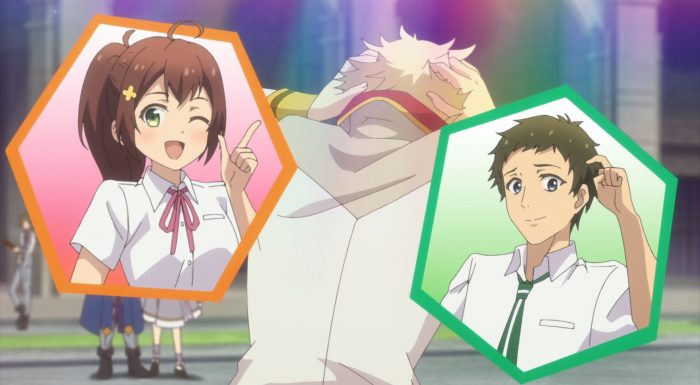 This is easily my favourite first episode of the Winter season so far. It was just purely fun. The cast already feels likable, and I can only imagine that it will improve now that we’ve gotten through the introductory episode. The layers of reality within this show just makes it one of the most fun types of shows that I’ve seen within this villainess genre. It goes beyond the usual pattern of a girl being reincarnated as the villainess and having to try and save her own life. Having Kobayashi and Endo outside of the game adds a fun layer to this whole thing. 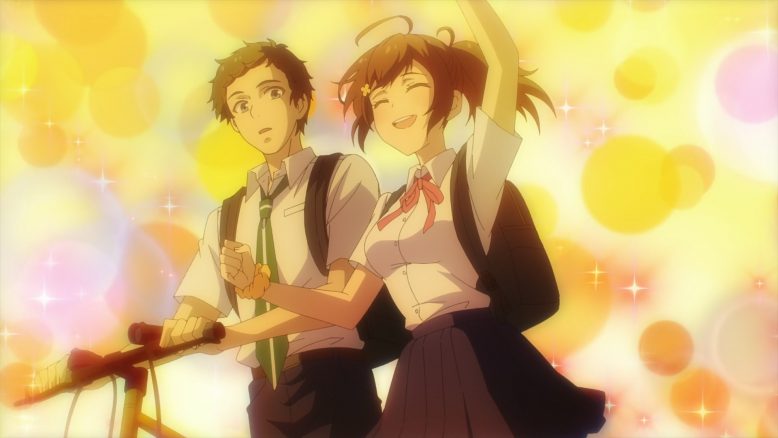 These two are cute together

What makes me excited is that there isn’t the same level of self-interest in saving Liselotte. Of course, protagonists in those other shows want to save themselves. They don’t want to be evil so it’s simple to just…not be evil. They can just stop what their character would have done and change the narrative. But Endo and Kobayashi are outside the game. They can’t control the characters directly. And they can’t interact with Liselotte herself. That creates some nice tension where no matter how badly they want to have things play out better, they can only do so much. It all comes down to the prince in this case. That he thinks they are Gods will help in having him listen to their advice. But in the end, it will be his choice to act or not.

I just like how saving this girl is something they are choosing to do. They don’t have to play this seemingly supernatural game. Kobayashi actively wants to save this girl. She wants to see the story end differently from how it usually does. Now maybe there’s a level of just purely wanting to change the story and have that impact. But I do think her desire to save this game character is legitimate. And honestly, it’s something I think the viewer can relate to. I have a few game/anime characters that I’d love to be able to save from their storylines if I could. In that sense I can get why Kobayashi wants to do this. Even more so with Liselotte not being a straight up villain. 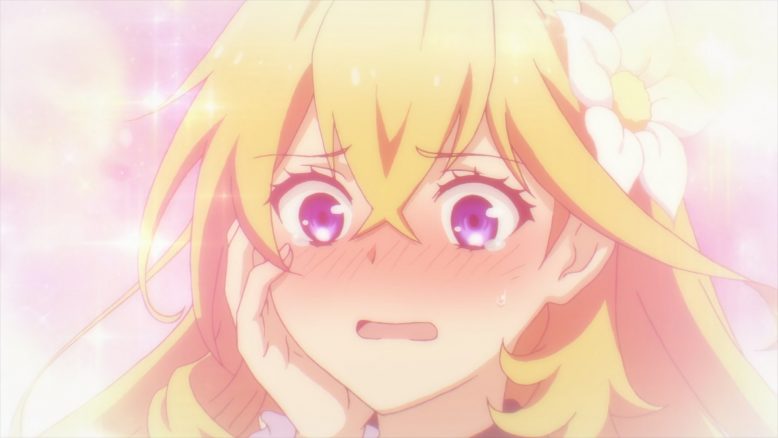 The game setup is interesting in that sense too. Now I’m 100% not an Otome game expert. But normally I’d expect the villainess in this story to straight up be evil. Tsundere may be a popular character type, but you don’t normally need the villain to be a tsundere. Especially if that villain dies in every route. Not like there was a secret yuri route where Liselotte could be redeemed. But maybe the author wanted to have that bittersweet element? While the player can make Fiene happy that comes at the cost of straight up getting Liselotte killed by events of the story. Maybe that tragedy is part of why the game is popular in that setting. 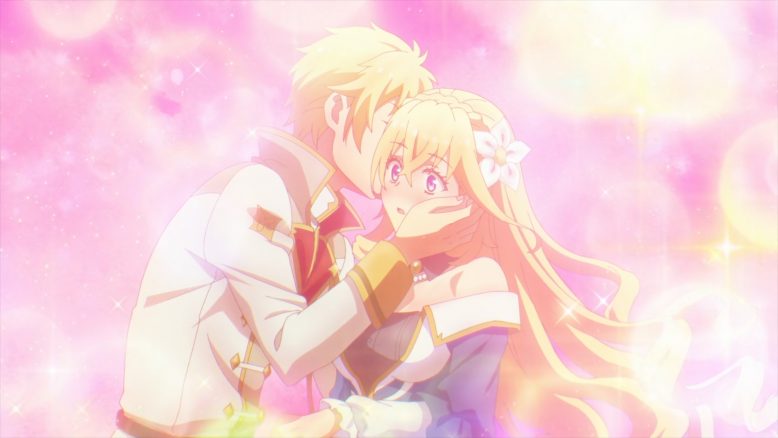 What I really like though is the different ships. I’m all for some good shipping and this show seems full of that. Kobayashi and Endo have a great dynamic going here. I’m 100% rooting for these two to get together like their clubmates are. It’s a cute ship and I hope Endo finds the confidence to confess to the girl at some point. I’m sure she does have some feelings for him, but it’s hard to say at this stage. I’d love a flashback of when Endo first joined the club to see what sparked her trying to cheer this guy up and getting him to play games she likes.

And the shipping looks to be in good shape within the story. Sieg seems like a good guy and I think he’ll be a fun main character. His relationship with Liselotte looks like it will be really cute. Obviously there will be drama, but I like their interactions even at this stage. It also appears like Fiene won’t be left abandoned. The opening seems to hint that she’s still going to have potential relationships. Just because Sieg is clearly off the table doesn’t mean she’s not going to be happy. 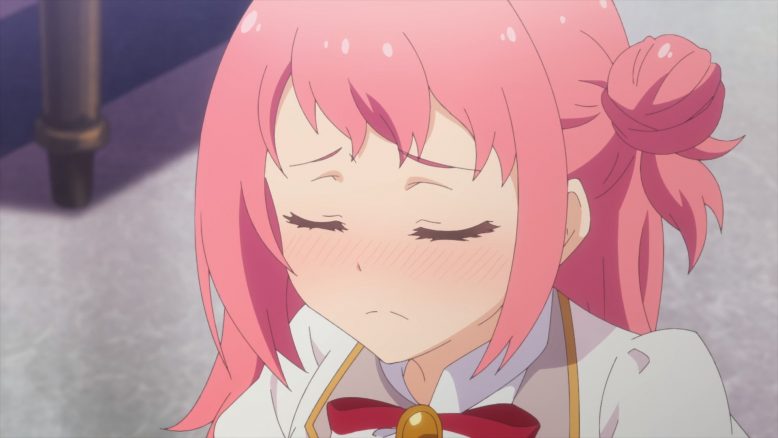 I’m glad she will likely end up happy too

That the story seems willing to let the game main character still be happy is also what I’m liking here. It doesn’t seem likely to make her the villain. She should be more than capable of being a friend to Liselotte and find her own happiness. There is a reason the protagonist was the protagonist within the game after all. And since the main characters can’t change events freely from their position the story should play out similarly. I’m looking forward to seeing more of that girl as well as the show goes along. Doesn’t seem like a bad girl. 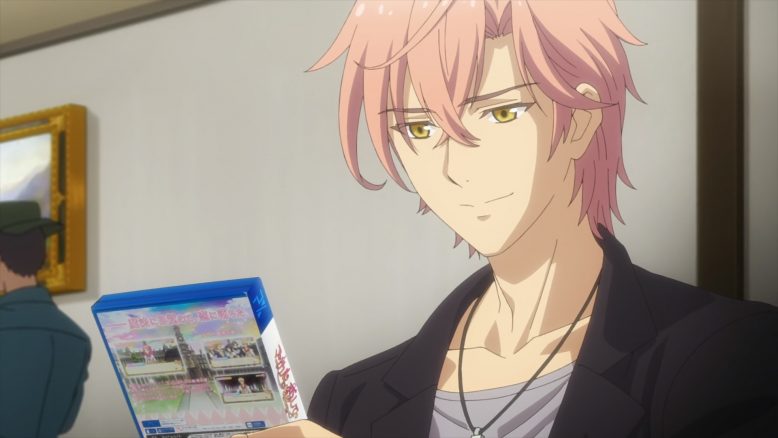 I am curious about this guy

There was that scene near the end with the guy that I presume is an actor. Are we going to have someone with the ability to enter the game? Or is he just someone that will have the power to influence from the outside like our main duo? Either way it could make things very interesting if there’s this power battle to make the story happier or more tragic. That will be an element to keep on. 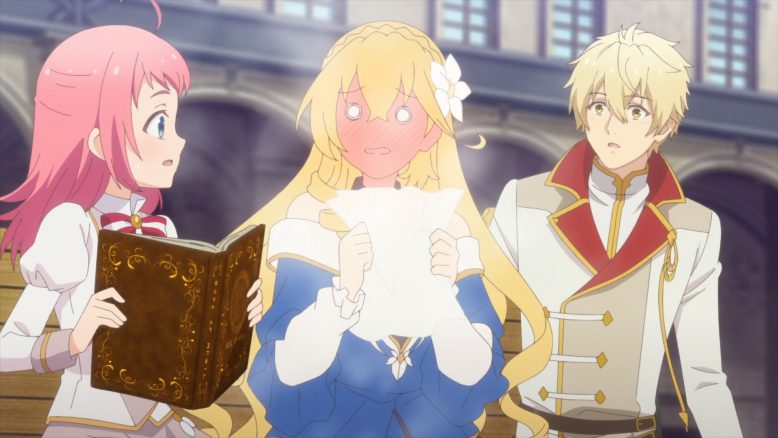 Feeling good about this show

Overall, this first episode just worked for me. The Winter season hasn’t been bad, but I’ve been waiting for something to make me feel excited about the season. This show did that. It takes a familiar setup and adds a fun twist to it. Having the main duo be players outside the game instead of reincarnating into the characters themselves should make it interesting. Maybe the dynamics and setup won’t hold up as the show goes along. But the first episode gave me a good feeling about how this could play out. It’ll be fun to see where this goes.