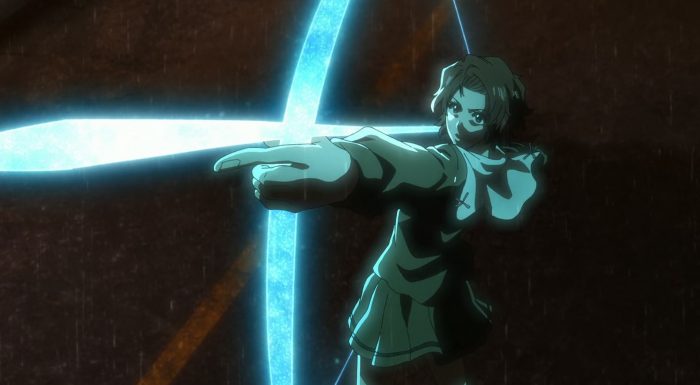 On the positive side, Ichigo finally gets the chance to talk things out with his father. I half expected that Ichigo had been dropped into some alternate dimension, but he really was just sent back home. In this case that’s mostly fine. Ichigo really does need his Bankai repaired but getting the full story about his family and origin seems rather essential. Heck, maybe he can just recreate a new sword without needing anyone’s help in that case. Probably not, but considering the crazy nature of his heritage that isn’t off the table. At the very least it was important for Ichigo to really understand himself after being shaken up during his fight against Yhwach. He can’t stand up again so long as he doesn’t understand what is going on with his own life. 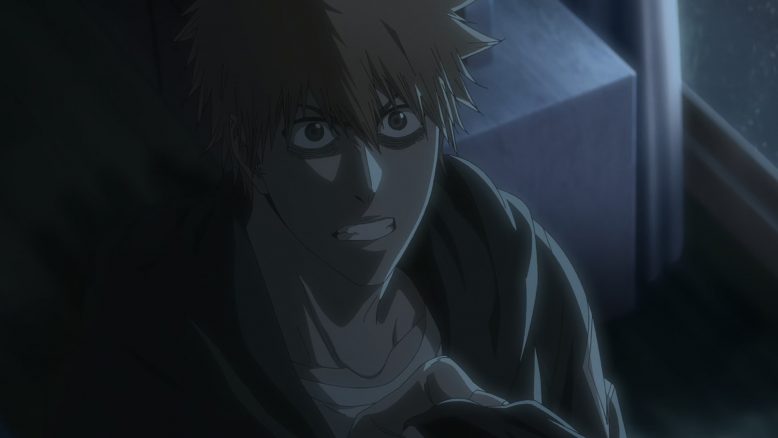 To no one’s surprise, Ichigo is pretty worn out.

And Ichigo really has a lot on his plate. In a sense it certainly fits. He really is the mixing bowl of that whole franchise. He’s human to be sure. But that’s not nearly all there is to it. The guy has Soul Reaper, Quincy, and even Hollow all mixed up in his existence/genetic makeup. I’m making presumptions here. But that does seem to be what Aizen’s talk behind the scene was implying. That “White” infected/mixed its existence into Masaki’s genetic makeup. I’m sure the next episode (in the epic double episode) will confirm that. But it seems like Ichigo inherited his father’s Soul Reaper powers, his mother’s Quincy powers, and that Hollow got mixed into his soul as well. Talk about a crazy heritage. I guess we’re taking the approach where a mixture has higher potential.

It’s no wonder Ichigo has gone through so much and has had a wild progression. He started out just getting a feel for his Soul Reaper powers, but things kept piling on. The Hollow side really became an issue for much of the franchise with the Quincy heritage not really coming into play in an obvious way. If it did influence Ichigo’s growth it is in ways that aren’t obvious at first glance. I am curious what his abilities will look like once he has a full grasp of his heritage. The Soul Reaper side does seem to fit him better and I think he’s going to keep leaning on that. But it’ll be interesting if he can embrace the Quincy side as well. 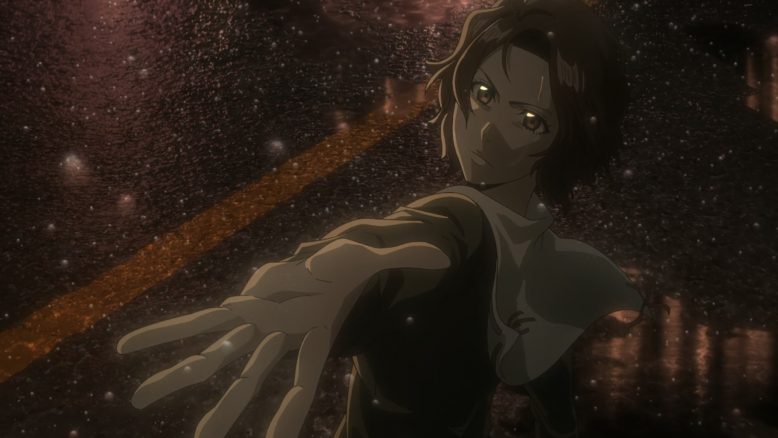 Masaki was both cute and gutsy

I’m thrilled that we finally get to learn more about Ichigo’s mother. We did get bits of her in the original show through flashbacks. But it’s one thing to get brief glimpses when she’s an adult and another thing while she’s still maturing as a person. Plus, she clearly was powerful in her own right in the past. Cool to have her back up Isshin like she did. And it really shows her guts to take a hit from a hollow to get a certain hit on her opponent. That was a risky move. It was also the kind of reckless choice that I could see coming from the mother of someone like Ichigo. It worked, but safe to say it had a higher cost than she imagined.

Her situation was clearly an awkward one. She was the last of her family and basically being taken care of by the Ishida family because of her bloodline. Kind of sad that she was considered only valuable for the sake of producing Quincy children. Ryuken clearly felt conflicted over the whole thing. I agree that it does reflect his kindness that he considers happiness important. But he had a different mindset from Masaki anyways who refused to sit by and do nothing when she had the power to act. Waiting for the Soul Reapers to die and then move in is a smart move considering they’d been nearly wiped out in the past. But Masaki just cared too much to sit idly. 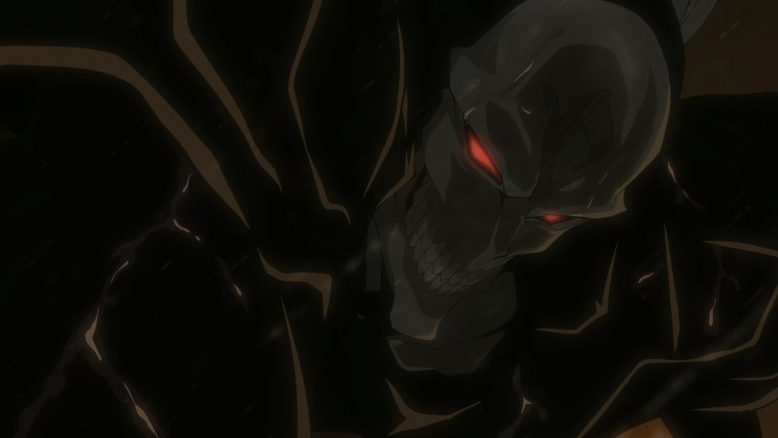 The connections between this and the Hollow inside Ichigo are obvious

This creates obvious questions about Masaki’s death and I’m sure the next episodes will handle that. It’s strange that someone like her could be killed by a guy on the level of the Grand Fisher. I suppose anyone can die when they are caught offguard. Especially for Quincy that focus on range attacks. But it feels like there was more to it than that. At the very least I can’t imagine they won’t delve into her death a bit more and reveal something about it. It’s possible that Aizen was still involved in that considering how he instigated the events that allowed Isshin and Masaki to meet. But we’ll just have to wait and see what is revealed about her death.

I am sure that Aizen isn’t done messing around though. If he went to the level of attacking Isshin during his battle with White then he’s probably not going to stay quiet to let him report in about what happened. 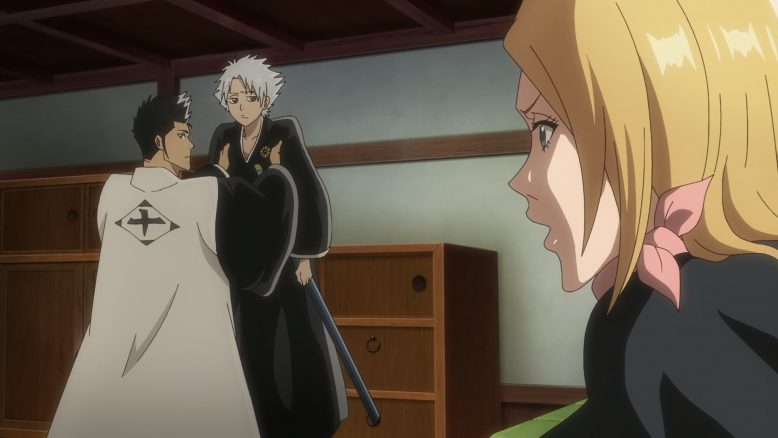 This Squad 10 was a fun group

The brief glimpse at the previous Squad 10 left me smiling. I can imagine that things were fun in that squad. Isshin, Rangiku, and Hitsugaya all had their own quirks and yet still managed to get the job done. It’s cute that Rangiku thought she’d be next in line for Captain just due to rank. Considering even now she doesn’t have a Bankai it was the right choice to just let Toshiro leap past her and take the Captain seat once Ishinn…wasn’t there anymore. In that sense I do hope that trio is able to meet again someday. They are all still alive right now so it’s on the table. 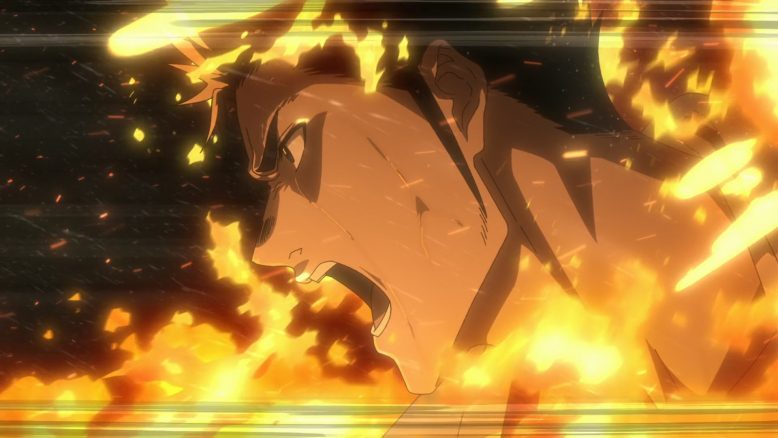 This was overall a solid episode for diving into the past. It’s nice to finally get some long-awaited answers. The very end of the episode also teased how things are likely to get messier as time goes on. Ishida getting approached by the Wandenreich seemed a given. He has plenty of strength even now and his potential is nothing to scoff at. I normally wouldn’t think that he’d take the offer to join a crazy group like that, but you never know what kind of offer they might make. At the very least I’m looking forward to more from Ichigo and hopefully seeing him regain Zangetsu before this season is over.