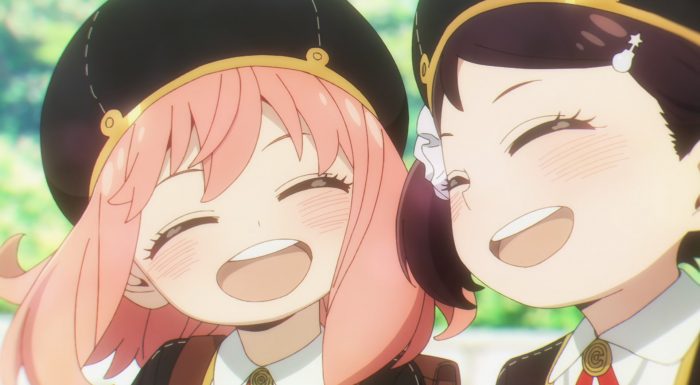 This was a truly heartwarming episode. Both stories told in this episode had that positive and charming energy to them. It was just enjoyable seeing Yor and Loid getting closer even though they almost ran into trouble. And it was the same seeing the sweet friendship of Anya and Becky continuing to strengthen. The latter story gave a good example of why this friendship is so valuable for the two characters. It isn’t just because Anya needs a friend in school to bounce her silly thoughts onto. That friendship will continue to be a source of comfort for both and indirectly helped progress the “get along with Damian” backup plan. 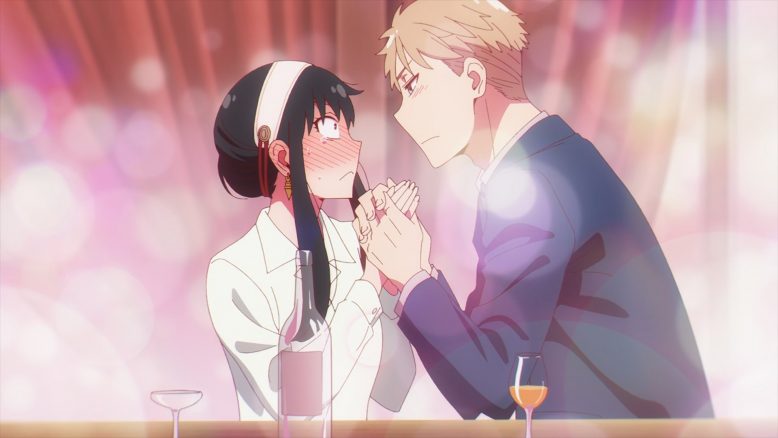 I say no to Operation Honey Trap!

I was a bit worried for a while there about how things might progress between Loid and Yor. Loid almost created a long-term landmine for himself. I have no doubt that he could seduce Yor if he wanted to. So long as she isn’t drunk things will work out there. But if he does do that with the pure goal of strengthening Operation Strix…then it’s not good. I’m not sure if it would blow up on him, but I’d feel bad about it. It’s one thing for them to have this fake family with both sides hiding motivations. But it’s another to mess with Yor’s feelings for that mission. And it would also just get in the way of Loid developing legitimate feelings. He’d see her as an asset and not a person. That’s just a bad situation.

Thankfully Yor’s super kick took care of things. It’s better for Loid to think that Yor doesn’t have romantic feelings for him than to think she does. At least for the time being. If he thinks he can’t seduce her then he’ll continue treating her normally and will continue falling for her at his own pace. And it’s just a good bit of karma that he got kicked hard enough to knock him out after trying to mess with her feelings for such a reason. I guess you can also say that it was a positive message for Loid. Yor does absolutely have the physical strength to protect Anya and can be counted on. He doesn’t have to purely see her as someone in need of protection. 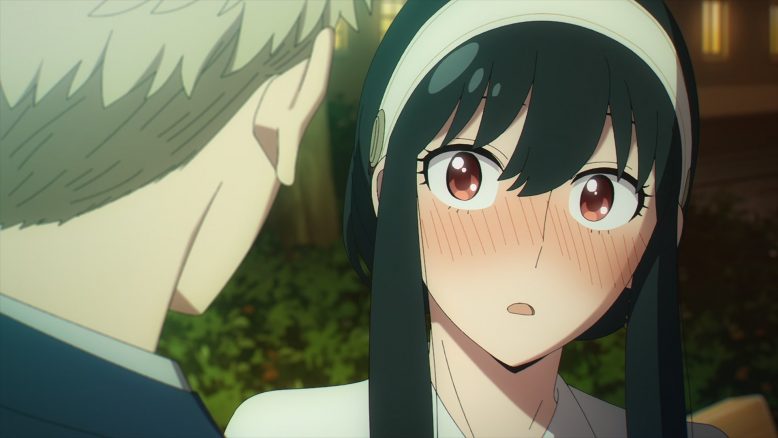 It was just nice to see them get closer in general. Even if they had to repeat that conversation after Yor got sober, I’ll presume the impact remains the same for both sides. Yor got a reminder that she does have value in this family and isn’t a failure. Her experiences in raising her brother are of use and mean something. And Anya does (through knowing her mother’s occupation) know that Yor can protect her. She’s got two of the most powerful individuals in the world as her parents. She can smile a bit easier knowing that.

And honestly Loid does respect Yor’s ability to create that kind of aura of safety. And when he doesn’t go into “spy mode” he does appreciate the warmth of Yor as a person. His own past leaves him with extreme respect for those that can be strong in that sense. Sadly for Fiona, he just doesn’t see her as having the parental skills needed. She could turn Anya into a super soldier, but that wouldn’t really make her happy. One spy parent is more than enough. I’m glad even if Loid doesn’t say a lot about how he feels about Yor, that he does show it through his expressions. 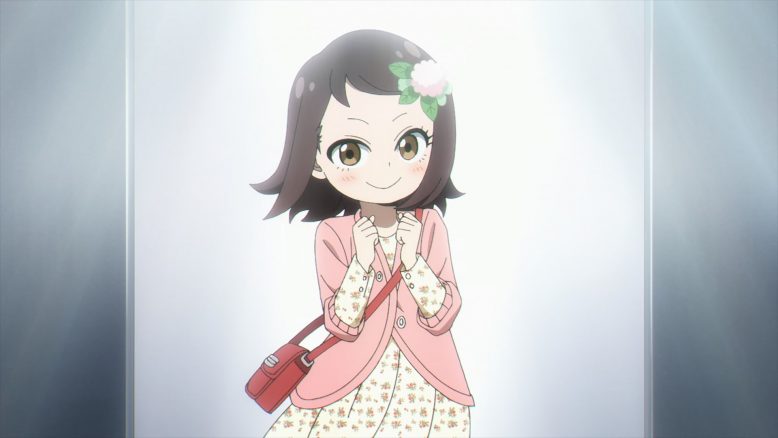 Becky is growing on me as a character. She had a lot of good moments in this episode. I’m obviously not taking her attempt to steal the position of Anya’s mother seriously. It’s a childish crush that reflects where she’s at right now. It’s an excuse to both have her trying to spend more time at Anya’s place and spurring events along a little. At the core of this episode was the pure friendship between Becky and Anya. And we got a better look at Becky’s past and mindset to understand why this friendship has been such a good thing for her. So much so that her family and helpers give support to that friendship.

I’ll give a nod to the fashion show as well. It was a chance to just throw these characters into a bunch of different outfits. Especially since it is a show where they’ll spend a lot of time wearing the same school uniform. There’s just fun to be had with that. 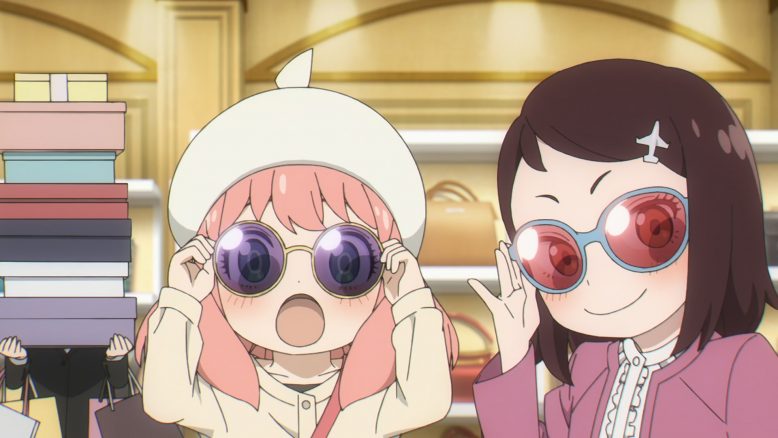 Martha has some strong arms

Martha was a fun supporting character here. You can tell that she really is happy that Becky has found a friend at school and is openly acting like a kid. I’m sure she was worried that Becky was going to continue trying to act like an adult and distancing herself from the kids around her. But now she’s got a friend that she’ll wear matching accessories with. Considering her age, it would be a shame for Becky to miss out on things like this by keeping her distance.

The flashback was nice just to show why Anya is such a valuable friend. We saw it early in the show with how Becky can be standoffish with kids her age. Anya’s ability to read her mind let her see the good side of Becky faster than she would otherwise. And Anya being so understanding helped Becky start to relax a bit and ease up on how she addressed people. It didn’t hurt either that Anya was such a random girl that constantly surprised Becky. Hard to act like she knows everything when dealing with someone that is hard to predict XD. I just enjoyed seeing Becky really cheer up after Anya called her a friend. 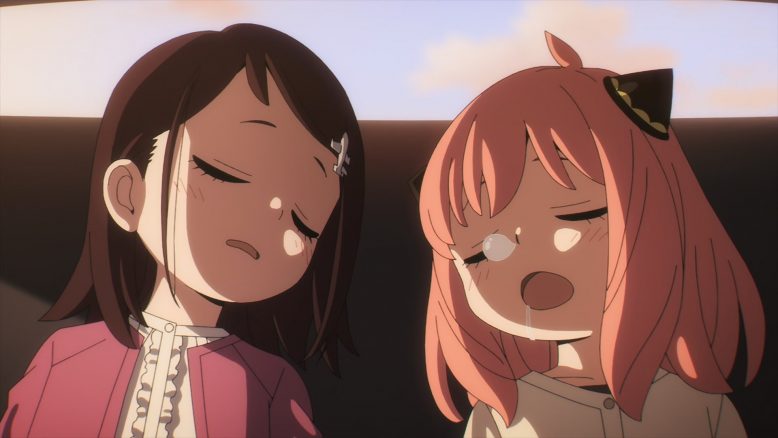 I just really had a smile on my face while watching this episode. Both sides of it appealed to me and really pushed forward the character relationships. It was a good chance to wrap up the disruption created by Fiona. Damian also kept up his constant interest in Anya also. Kind of nice how that came purely from just seeing her smiling and happy. No plotting or anything involved. Just the natural development of a crush that he can’t admit to himself.

The best thing was seeing this episode after getting all the positive news. I’m not surprised this show will get a second season, but I’m hyped that it is. And there will even be an anime movie coming next year as well. There’s always the worry with anime movies that we won’t get access to it until long after the bluray comes out, but anime movies have been getting more traction out west, so you never know. I’m just happy that we’ve got a lot more coming from this cast even after this season wraps up.