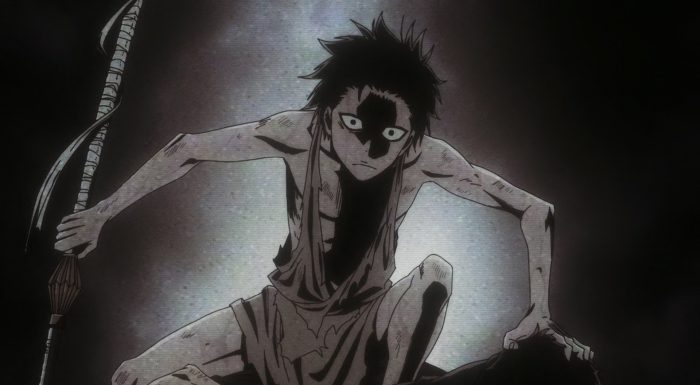 What a conclusion to that fight. I was curious how they would get to what seemed like an expected end. There just didn’t seem any way for Unohana to get through this alive. But in a sense, that’s something she was fine with. She was I believe the last of the original Captains and really had only stayed alive due to how things had played out between her and Zaraki in the past. I was wondering just what she was implying from her words at the end of the previous episode and this did nicely explain things. I do feel for Isane who certainly knew (likely from that letter) that her Captain wouldn’t be coming back. That doesn’t make it any easier considering how much grief she’s had to carry with the massive slaughter that just happened. 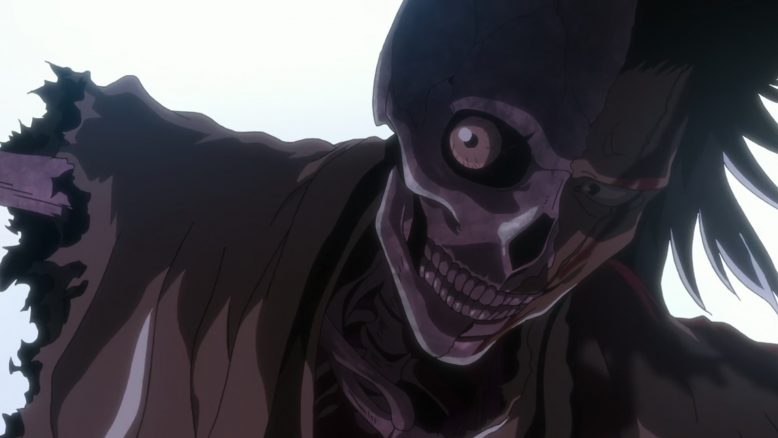 This fight had some great visuals

While Zaraki isn’t exactly like a saiyan, I do appreciate how things were explained here. Unohana put a great deal of blame on herself for the state of Zaraki or at least how he’d matured over the years. Because she wasn’t strong enough to give him a fully satisfying fight…he grew to hold himself back. I appreciate the effort to explain why Zaraki had such a close fight against Ichigo. Yes he really held back obviously at points, but by the end he wasn’t giving the impression he was. He just naturally raised or lowered himself to make the fights as interesting and close as possible. That just kept playing out as time went on. He’s an incredibly strong person, but he wasn’t making the most out of it.

Unohana was basically nearly killing him and healing him repeatedly. She was dragging out his best and steadily getting him closer to his true ability. His previous approach couldn’t work out against someone like Yhwach who probably is close to Zaraki’s full tier ability if not above it. That kind of opponent won’t give him the time that Unohana was giving him here. She really pushed him to make his mind and body appreciate the threat and push him towards basically waking up. This was a fight to undo the damage she perceived to have done to him and find the satisfying death she’d waited for. 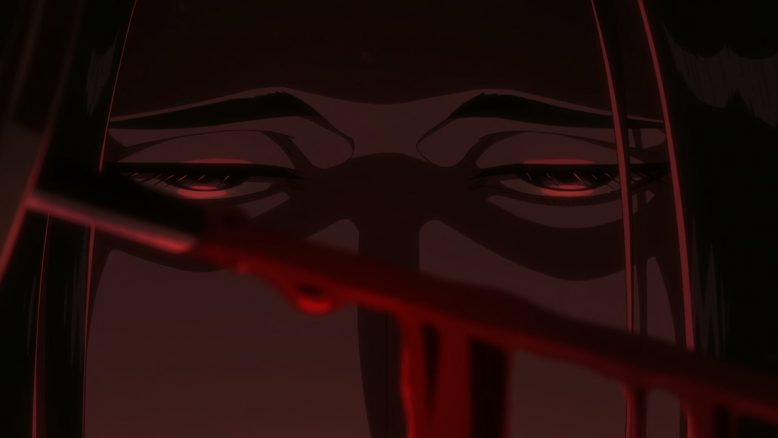 I’ll give Unohana this…her Bankai here was way more impressive than the giant flying fish she had before. I am curious on how that all works. Was that thing not really a Bankai and was just her shikai? Did I spend years just wrongly presuming it was a Bankai because it was huge? Or was her Bankai varied and could be materialized in different ways? I’m not sure. One thing I can say though is that the fight against Zaraki just got better after she brought that out. The ability to mix things up with ranged attacks and healing herself just made Unohana an absolute monster. She could survive fights while also pressuring her opponent simultaneously. Fit her mindset. She wanted fights to last and made sure she’d be able to keep healing herself. Once she stepped back as a Kenpachi she could use those skills in the medical division. 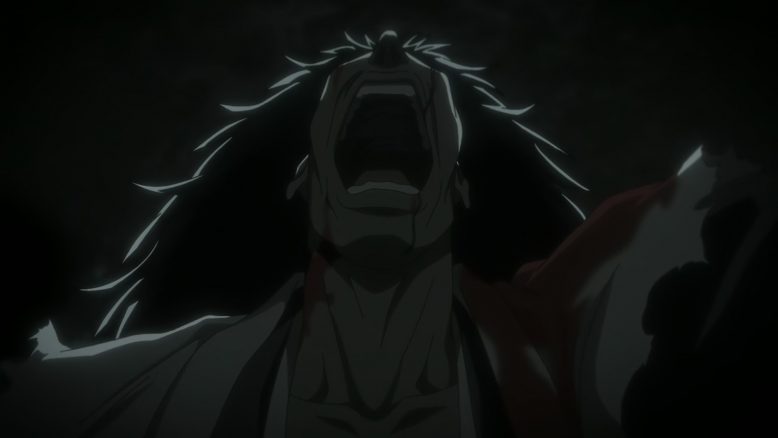 It fits that Zaraki was devastated that Unohana died. Here was someone that really woke him up and let him have the fight he’s desperately wanted. And now she’s gone. Of course, it is the only way. That kind of fight couldn’t last forever, and he couldn’t be allowed to fall back onto his pattern of not fighting seriously. He had to take that loss and move forward. The best part was that scene ended with him finally hearing his zanpakuto for the first time. Of course, we didn’t get the name and likely won’t until he releases it later. But it’s really thrilling that he finally can start that partnership in the truest sense. They have fought together for a long time, but that’s different from communicating. If someone like Zaraki can use shikai…that’ll be exciting. 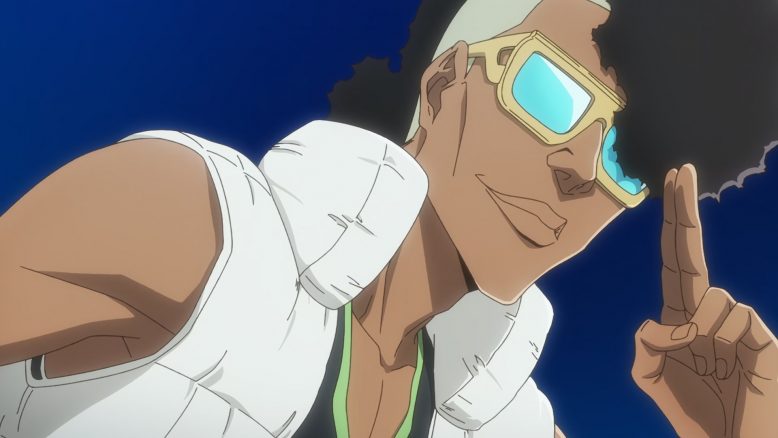 I’m sure he has some kind of plan…

I’m not sure what that crazy guy is trying to do with Ichigo. Obviously, he is testing him and trying to create some breakthroughs. The battle against the Asauchi wasn’t enough. It was fine for Renji since he has gone through the standard Soul Reaper path (mostly) and has a better understanding of whatever core understanding that Ichigo is lacking. But of course, he’s lacking it. He was a normal person before Rukia showed up and then suddenly, he had Zangetsu. He didn’t go through the same journey. Now maybe that’s part of the point and this is to teach Ichigo what makes him special. Maybe it’s tied into facing his Quincy heritage? I don’t know.

Be nice if Ichigo could talk to Zangetsu or his father to get some real answers instead of just being tested like this. But that’s just the situation he’s in right now. I’m sure Ichigo will figure this out and get through it. He kind of has to. Soul Society and the world needs Ichigo back on his feet and with his zanpakuto. But it still matters for him to figure things out. 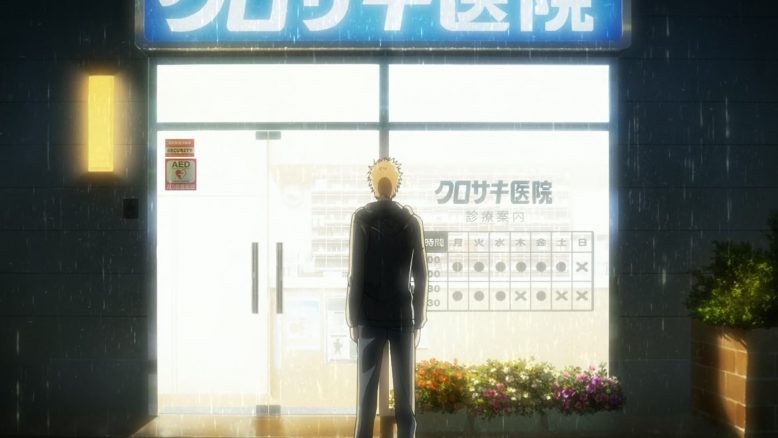 Let’s see where this goes…

The next episode should be interesting. We are getting close to the first stopping point. I can’t imagine this first part will end before Ichigo regains his sword and is ready to fight. But you never know. I’m confident though that the next few episodes will be just as good as the past few have been. I do like the idea of this touching on Ichigo’s past. We haven’t seen much of that or the scene of his mother dying in a long time. It’ll be an emotional trip if this weird situation explores that painful day. For now though, I’m just happy with what we got. A great battle between two battle maniacs that ended with Unohana passing, but Zaraki being much closer to the true ability that he’s always had within him.