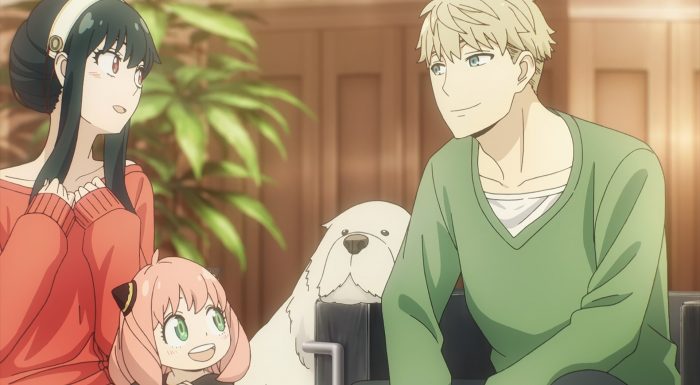 This kind of episode really is where Spy x Family shines. It both handled introducing a side character with great care and kept the Forger family at the forefront. It hammered home how good it can feel to watch this family continue to grow closer together. Even with the motivations behind their formation, each person in that family is gaining so much from it. No one wants this situation to end even if most of them can imagine it ending when their secret lives force them to make that choice. I just leave this episode with a smile on my face and wishing these characters experience the happiness they struggled to attain before becoming the Forger family. 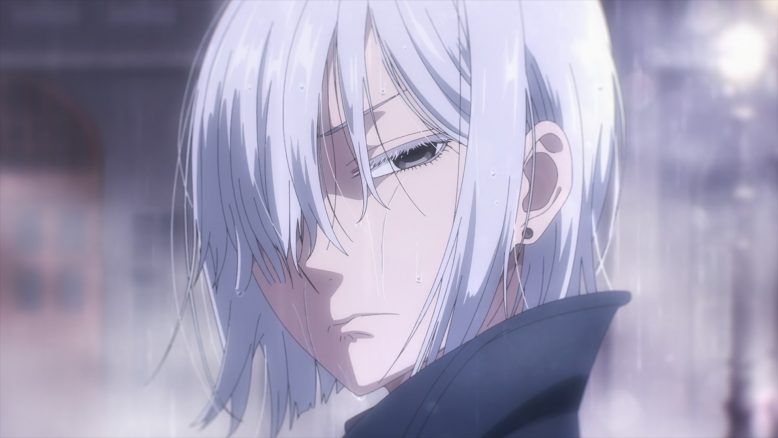 My condolences to her

Nightfall was handled extremely well. Fiona has an excellent comedic side because of how she is so stoic. It does seem like she was naturally unexpressive and maybe leaned even harder into that side of herself after becoming a spy. I guess you can say she might have been recruited for that reason in the first place. She may seem strange, but there’s no chance she’ll give away her true feelings to the enemy and draw further attention to herself. She’s a fun character to watch because her outward expression doesn’t match up with her fantasies. Fiona desires to be Loid’s loving wife, but even if she did get that wife role…she’d struggle to live it the way she desires.

In that respect I kind of feel bad for her. Anya allows us to dive into her thoughts and shows how extreme her love for her senpai is. She really does love Loid and would want nothing more than to support him. The problem is that she’s up against Yor. There’s just no way she can move Twilight’s heart in the same way. And with Anya being firmly in Yor’s camp…there’s just no way. Of course, Anya is fickle, but that worked against Fiona here. Her thoughts on a spartan training camp for Anya just made her want nothing more than having Yor around. Yor may be an awful cook…but she’s sweet on Anya. With Loid sometimes being the bad cop parent, Anya needs someone in her corner. 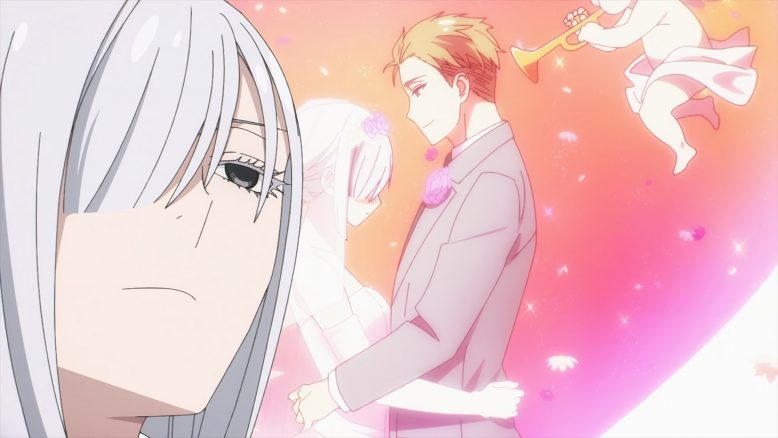 The gap between her dreams and expression is great

Watching Fiona even entertain the idea of taking down Yor was a bit entertaining. It’s like watching a potential disaster. You don’t want to see something terrible happen, but you can see someone blissfully heading towards their doom. I don’t know how capable of a spy Fiona is, but I presume she’s good. Even if she was on Loid’s level though…she’d still never stand a chance. We haven’t seen anyone in the show that is comparable to Yor’s danger level. If motivated she could probably kill Fiona before she even realized what happened. Now Yor would probably restrain herself since Fiona is Loid’s colleague and she hasn’t showed a desire to kill outside of her job. But I don’t think it would end well for Fiona if she antagonized Yor.

The only win for Fiona is that Yor does have a low self-esteem as a wife/mother. It does still really bother her that she can’t cook anything good besides stew. But it shows her love and dedication to the family that she is trying to improve. I don’t think it’d be all that bad to just let Loid cook all their meals (besides stew), but I get why she wants to try. Even a short conversation had Yor imagining the worst (to her). 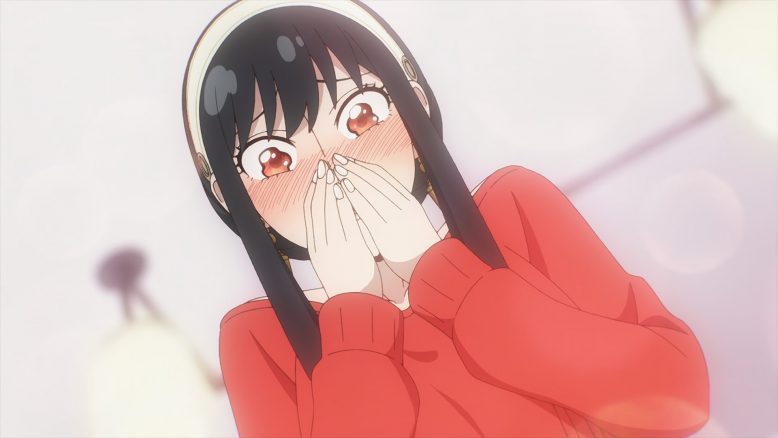 There is no defeating that

The best part was the bit about fake smiles. I like that Loid is still technically using his ingrained fake smile. But Fiona knows Loid well enough to see beyond that. We get to see the hints of desire and restraint. He does love this family and yet is trying to hold himself back from embracing that. Loid can’t forget his role and his job. But at the same time, you can see the signs that he wants to forget about that when with Yor and Anya. And that’s what broke Fiona. She knows that he is getting attached and must hold himself back. For someone that loves him that much it’s a painful realization.

And that’s what I like about this show. The side cast is good and well handled. They support the main characters and have their own quirks. Yuri brings out different sides of Yor and his antagonism towards Loid is entertaining. Now we have Fiona who truly loves Loid, doesn’t want to like Yor, and wants to take the wife position for herself. And yet we also get to empathize with her. I don’t want her to take that spot, but I can feel her heartbreak in seeing hints of Loid’s feelings. I can’t wait to see her go on a mission with Loid while battling her feelings. 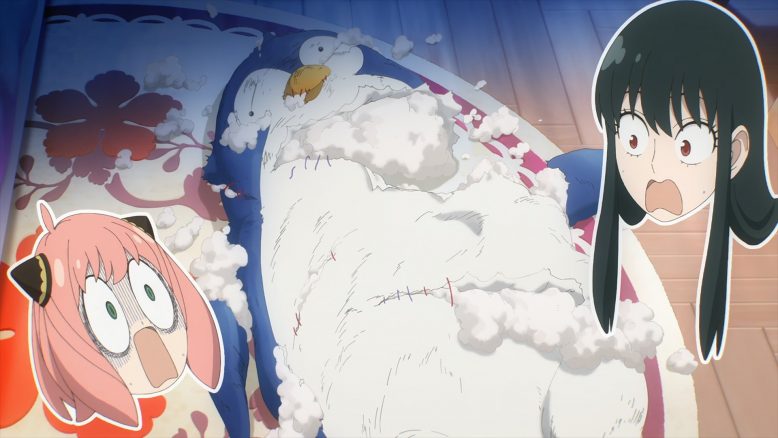 Anya and Bond made for a great way to end the episode. This one really stuck with just treating the Forger family…as a family. They are a family of people with crazy abilities, but this scenario was normal. The family pet isn’t happy about the kid paying attention to something else. Bond is a bit more intelligent than a normal dog, so this only made more sense. It fits both as a pet and kind of like a jealous child. The natural inclination when upset like that is to lash out. Destroying Anya’s toy was very much like that. Anya saying that she hated him and getting really upset was also natural. Of course, as a kid that has had such a painful childhood, she would be really attached to something that Loid bought for her.

It is very much a scenario that makes sense and only really needs esper powers for Anya to understand Bond’s motives. And the resolution was sweet. It did start out with Yor hilariously making things worse when trying to fix the toy. But Loid stepped up so that was fine. It was sweet seeing Bond trying to use peanuts as a peace offering and Anya forgiving him. She does love that dog and wouldn’t want to stay mad at him forever. 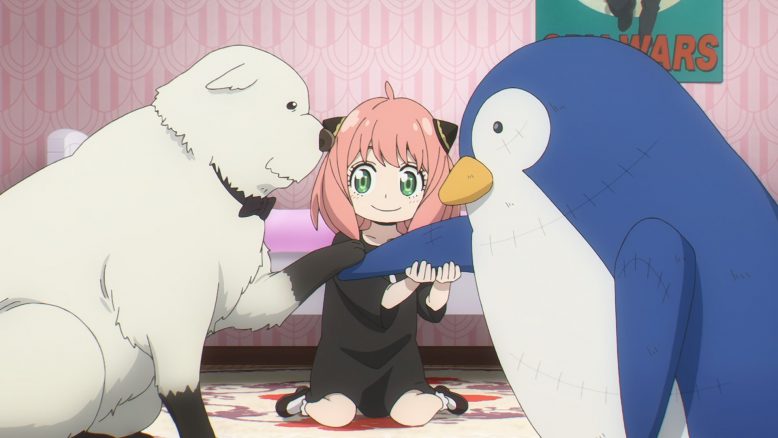 This was just a nice episode. It didn’t need a world conflict to overcome. Instead, we just got a good look at how happy this family is. Fiona allowed a fresh look into the various interactions between the family members. I hope she does give up on Loid sooner or later since it’ll get harder on her when he is willing to accept his growing feelings. I really like this family and when the focus is on them the show really shines. I do also like it when it gets serious so hopefully, we get more of that before this second part is over. This is my favorite episode in a while for this show. My condolences to Fiona, but I’m 100% behind Yor here.