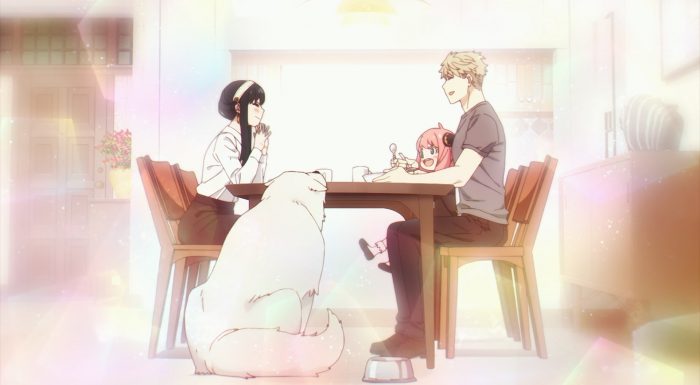 I have to say it was nice getting a mostly Yor focused episode. Her assassin job remains less covered than the other plot lines, but I’m still happy to see a focus on her position as mother and wife of the Forger family. Honestly it is sweet how Yor has been really thinking on things like this the whole time. Of course, it’s a bit sad in a sense since this latest incident was caused by the misunderstanding of Loid being in “the bathroom” for a whole day. The result was good though, so I’d say it was worth it in the end. If nothing else, the joy she got from seeing her family enjoying their meal meant the world to her. She’s easily as invested in this family as anyone. At this point she’s still not fully aware of how much they mean to her, but she’s getting there. 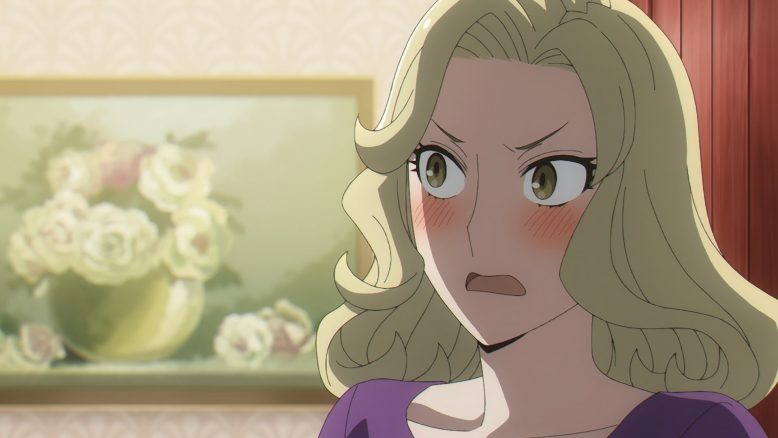 She put up with a lot

In a sense there’s not a lot to say about this one. It was a comfortable episode and had a nice bit of comedy mixed throughout. In a sense it was kind of a chance to catch up with a few side characters we haven’t seen so far in this second part. We haven’t seen Camilla so far this season and honestly even Yuri was only a minor part of the last few episodes. I’d say the character that got the most out of this episode besides Yor was Camilla. Her early impressions were bad. While it allowed Yor to have some good moments when Loid was introduced as her husband that doesn’t mean it was ok. But this episode at least let her show some of her better qualities. She’s still a prickly person overall.

Honestly, it’s impressive that she kept as good an attitude as she did with being poisoned numerous times over the past few days. I could absolutely understand getting frustrated over that. But in the end she did rise above her frustrations and helped Yor actually cook something good. It was a clever move to have her think on something her mother made and try to protect that flavour. Might be a good trick to expand her ability to cook to have her think on things Loid has cooked and try to mimic that flavor too. Clearly when she gets creative…things don’t go well. 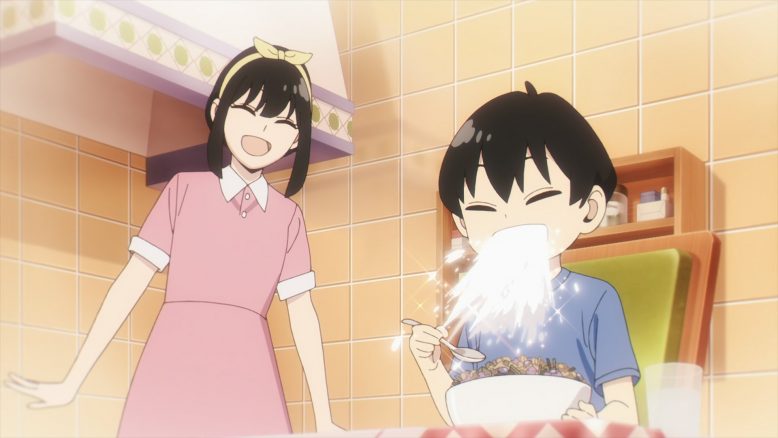 I’m kind of impressed that Yuri is still alive. Somehow, he survived growing up with Yor’s abysmal cooking through the power of love. In that sense I’m amazed their parents ended up dying. You’d think parents that birthed two super humans would be a bit more durable. I suppose by dealing with such poisons and intense physical affection on a regular basis it made him durable. Still, it probably didn’t help improve Yor’s cooking. He loved everything she made for him and as a result…things ended up like this. I’ll give him credit though since he did remember his mother’s cooking better than Yor and that did allow for things to end on the positive note that they did. 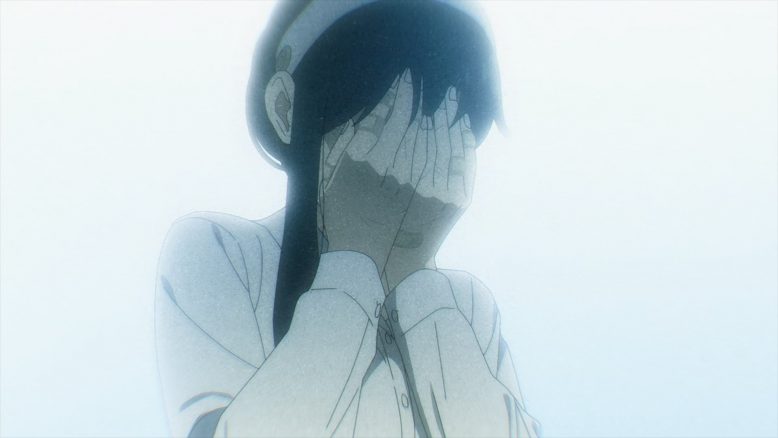 The future can be tricky to read

This episode also showed how Bond’s future sight isn’t always going to be helpful. It had Anya worrying a bit, but in the end it all worked out fine. It’s not always easy to get the context of some visions. Tears of joy and tears of grief aren’t always easy to tell apart. I did appreciate the overall worry though. It shows how important this trio are to each other. Having Yor showing up home late regularly would get worrying, especially if she didn’t end up having any dinner either. They didn’t play up that drama too much since the focus was mostly on Yor’s cooking lessons, but I still appreciated it. 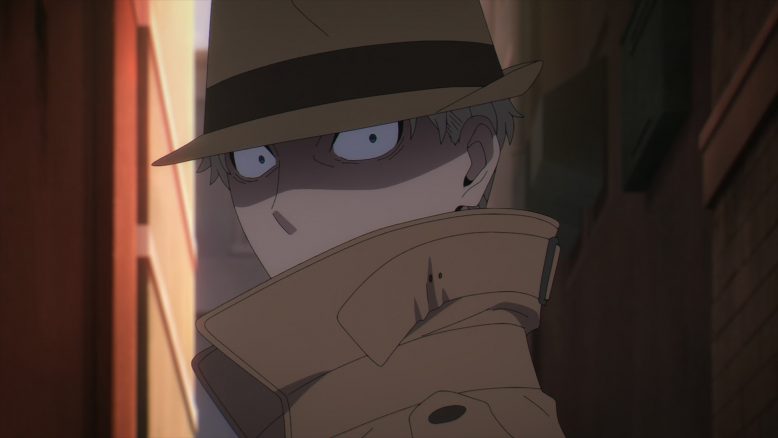 This could have gotten messy

Scruffy hair’s love life did seem to be a minor part of the episode. I was honestly surprised when watching to see that there was still episode to go. I guess he does have his own life going on. Not much to take from that aside from seeing how solid his friendship with Loid is. That friendship was almost cut short though with that questionable threat to turn him into the secret police…I’m sure he was joking but he’s kind of lucky he lived long enough to correct himself. Honestly it was such a short part that there’s not much to say. It was cute having Anya read his mind and offer silent condolences and same with Loid drinking with him. But sometimes things don’t work out romantically. That’s life for you. 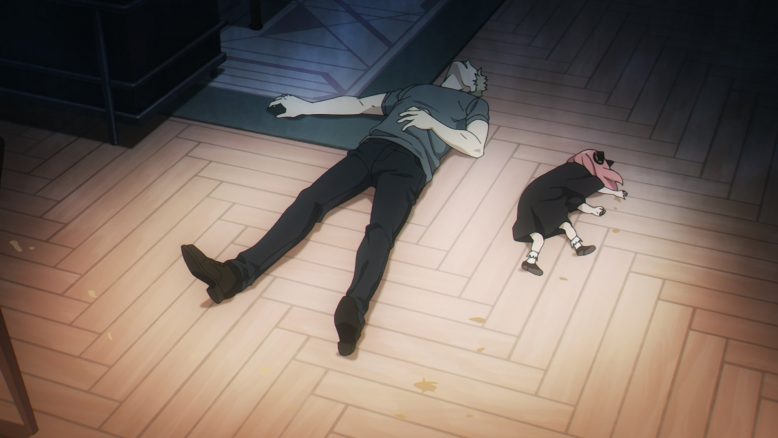 How many victims will be in the next episode?

Overall, it was an enjoyable episode. I was a bit under the weather today so that might have sapped the usual zing I’d have for an episode like this. But it was just a comfortable watch. I thought it was cute seeing Yor doing her best to learn how to cook for the family. And I’m glad it mostly worked out. Minus that point when she still ended up poisoning them XD. I’m curious to see what else will end up happening this season. There’s a lot of good material they can get through. I look forward to seeing the next silly situation this bunch gets into. Even more so if it ends up surprisingly serious.