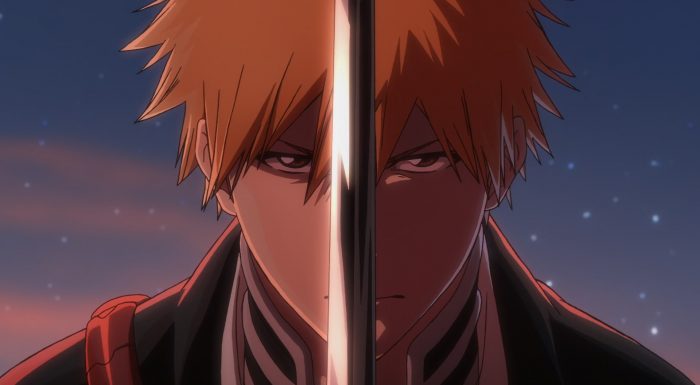 Bleach is back! This is a gold standard example of how you return to a show after a long wait. They just went all in on impact, nostalgia, and the best kind of fanservice. At this point the most they really should do is show a recap animation for the ED this week. You know what is going on or you really need to watch the original series. So, they just allow themselves to go all out. If someone told me this was the first chopped up part of a Bleach movie, I’d absolutely believe it. The episode really looked that good. We are getting right into what looks like a truly amazing season for Bleach. I can and probably will just praise the heck out of this episode. But wanted to give the heads up on that front before really jumping into it. 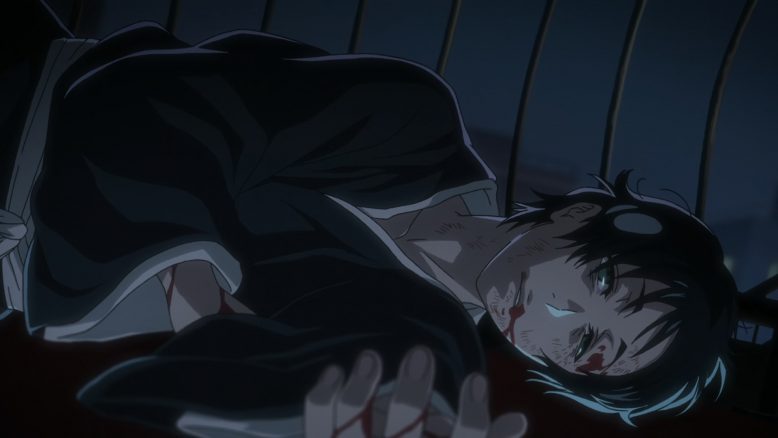 Things got messy right out of the gate!

The intro was a nice way to open things up. I didn’t expect things to get as bad for those two as they did. Now I expected them to run into some trouble, but that was basically like a full-blown invasion. I still really question sending those two that seem a bit too inexperienced into a place like Karakura Town. But I can’t even blame anyone when it comes to a situation this extreme unfolding. Even if they stuck together, they weren’t going to last long against Hollows like those. I do think they probably should head on home before they get killed. But considering the head office of the leader of the Soul Reapers was raided…there might not be any safe places left.

I still really enjoyed the level of tension and the horror that scene played with. Ryunosuke just running around terrified and calling for help…only to find his help being the one that was in real trouble. I respect that he even thought about trying to save her considering that situation. It does show that while he’s a nervous person in general and will run when on his own…he won’t just leave people he cares about behind. But he was still just absolutely outclassed, and they built up to him almost dying well. 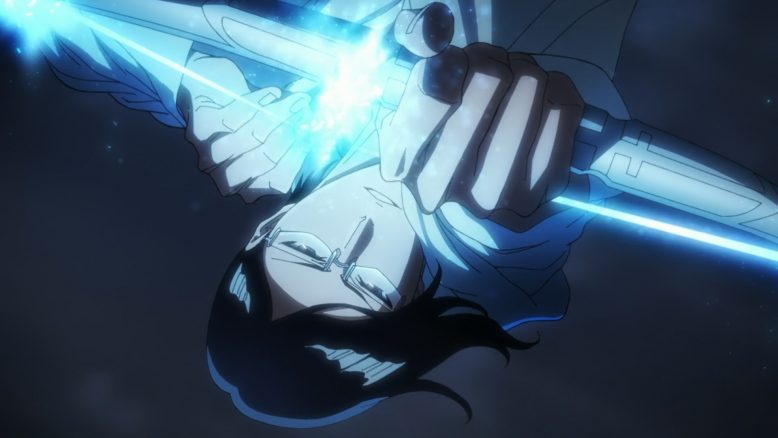 But once the main cast showed up things just went to another level. Of course, everyone got a chance to show off. You can’t come back to this cast after so much time without letting them all take a bit of the action. Inoue was handling defense and support nicely. Honestly without her those Soul Reapers were dead. Never ignore the value of the white mage. Everyone else got different levels of pure violence XD. Sado did some nice work, although I think his damage of public property is a bit questionable! Ishida of course took care of a nice amount while also nearly hitting Ichigo with multiple shots!

But Ichigo just took things over on his turn. The use of the classic “Number 1” song just fit perfectly and I’m so happy they didn’t just save that for the trailer. Ichigo was all over this situation. I will say he was a bit trigger happy with his bankai, although that does fit him. And it did lead to him again using it liberally later in the episode. But that’s a perfect way to pick things up for a new season. Just having Ichigo nuke these hollow with an incredible Getsuga Tensho was pure perfection. They really know what they are doing here. 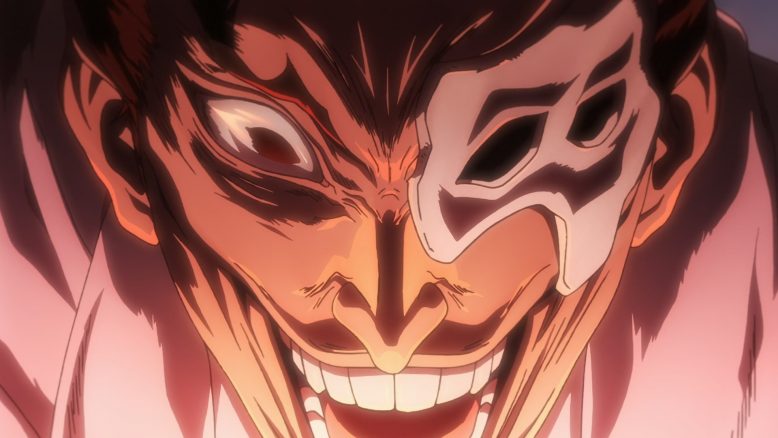 These guys are a bit unstable…

The mystery and Soul Society portion really worked for me. There are a lot of layers to what is happening here. No question that these guys have a connection to the Quincy. They don’t seem to just be normal ones as evidenced by the mask the one guy was wearing. But they seem to lean hardest to being Quincy. The disappearance of the hollow just reflect that. Soul Reapers can wipe out their enemies, but they still put the hollows back on the path of afterlife existence. But the Quincy just wipe them out entirely. So, it makes sense if a bunch of hollows are vanishing that Quincy are related. Although they must be a group unrelated to Ishida’s family. I guess they could be connected and neither his grandfather nor father told him, but who knows.

What is scary though is that hollows clearly aren’t the only ones on the target list. The Soul Society keeps normal souls in those village areas. Now it’s a bit of a relief that they don’t seem to have been massacred there, but they are gone. Just where have they been sent to and what is the objective here? Doesn’t seem to just be about picking a fight with Soul Society. That does seem to be part of it though! 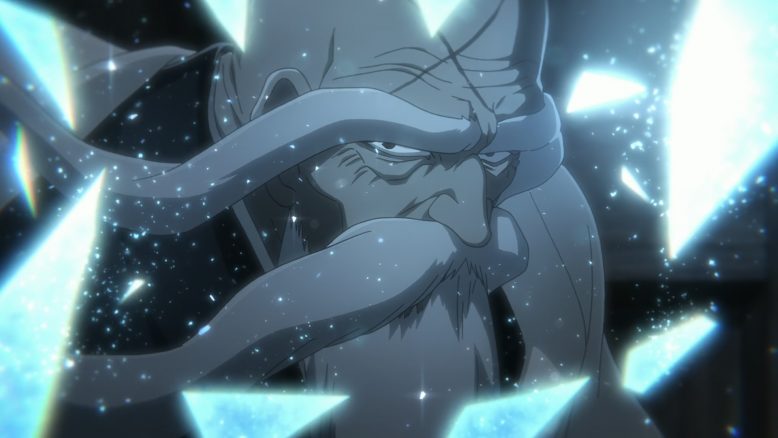 Just that short confrontation between the intruders and Genryuusai was intense! They really aren’t holding back on how crazy this confrontation is looking to be. That poor guy that got his head chopped off was just the start. Poor Sasakibe took quite the hit too! Honestly, I’m not even sure if he’ll survive. One would think he’s going to die considering he was impaled by a huge Quincy arrow, but you never know. Maybe if they can call up the healing squad or get Inoue over there then maybe. But it looks bad. Even a Vice-Captain was smoked like it was nothing. And considering what he said, it seems safe to say that he can use bankai and still lost. Even worse, it seems like his bankai was lost in the process.

These guys aren’t messing around. Although I will say that Genryuusai’s line about being all the security he needs really was great. Because it’s so true. What’s the point of increasing security anyways? Either he can handle it, or he can’t. If he can’t then more guards just increases the number of corpses. Not sure if they left because they weren’t confident in handling Genryuusai (which would be believable) or just because they made their declaration of war and that was enough for now. Either way, he was looking ready to roast those clowns! 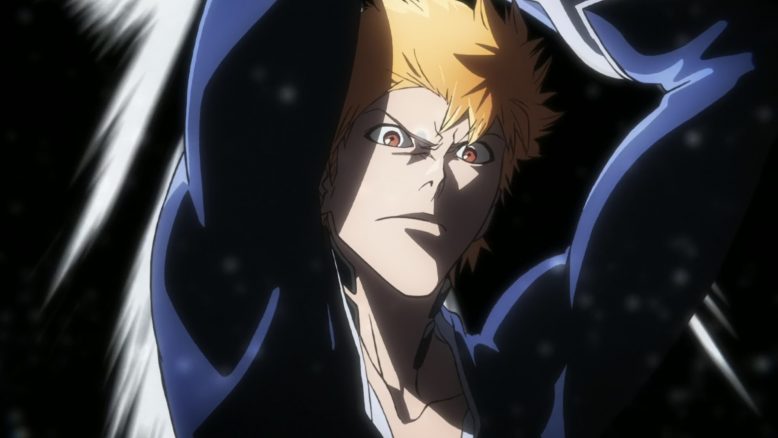 Ichigo was on fire this week

I did have a great time with Ichigo versus Ebern. They had a fun mix of elements there. There was a great deal of comedy to Ichigo just kicking him in the face and right out the window! He asked twice! Ebern can’t seriously complain about getting booted! But they still managed to make this guy threatening. I guess he took the Arrancar accusation personally. If he is really a Quincy I could get that though. Being called out as a hollow when you kill them would be unsavory. Regardless of his identity though, this guy isn’t a pushover. I’m not sure if Ichigo seriously needed to bust out his bankai for this one. At least he did go into the fight without completely losing his cool. I’m not sure about playing into his taunts to see what happens, but I get Ichigo being confident at this point.

If nothing else, it was awesome seeing him shut down whatever Ebern was doing. It took a toll on him, but Ichigo still got the job done! At least he made good use of his speed to get right up behind that guy before letting him monologue. Maybe he could have tried even harder to keep him from escaping, but I get being a bit more conservative there. Don’t want to get caught up in something that he can’t get out of. 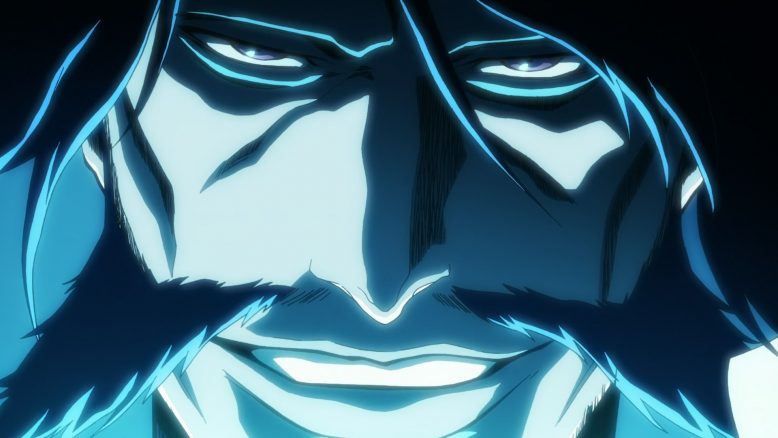 This guy is intimidating

Props to the evil boss too. He doesn’t take disagreements amongst the troops lightly! I mean wow, I don’t even know how he cut that guys arm off! It’s like he disagreed with them arguing so strictly that the arm said “sorry, I’ll leave now!” Talk about a dramatic way to end the episode and set up the conflict to come. This guy will not be a pushover! These guys are themselves looking capable from the opening episode. Their origins are likely to be Quincy, but there’s still many questions about them that are left unknown. I’m sure the main cast will get a chance next week to catch their breaths a bit, but they might not get that much time before their enemies make another move. 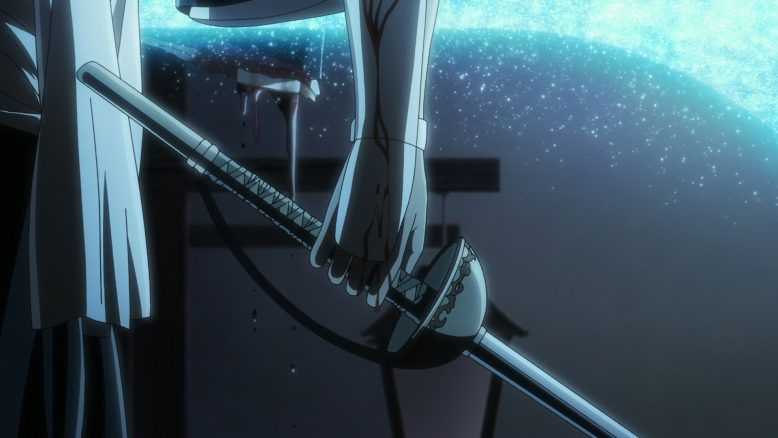 I think we’re going to see a lot of blood

I gladly welcome Bleach back! Bleach has been gone for 10 years (ended March 2012) and it couldn’t have come back with more hype. This episode was intense! It was basically everything I could have asked for. The action, music, animation, and tone were all good. This is how you bring back a show and hit the ground running! I hope that Studio Pierrot can keep this up! They did everything right here and now we just must see what happens next. Very good chance I pick this one up for the season.