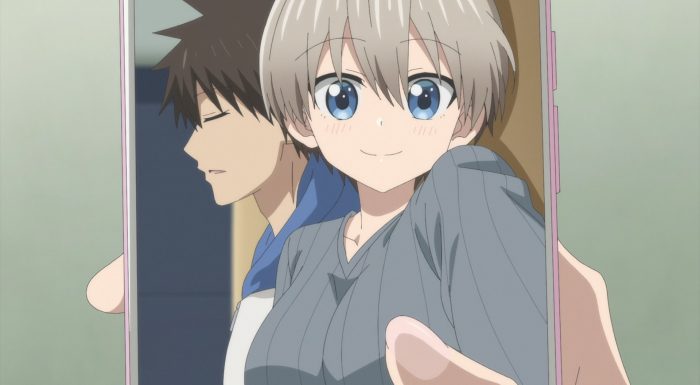 Having Uzaki back just feels right. Maybe it is because I rewatched the first season a week ago, but this was one of the more comfortable first episodes of the season for me. I think a big thing with this show is that things have already progressed a good deal between Hana and Sakurai. The first episode of the last season really felt the need to hammer home that Hana was pushing so hard because she was worried about Sakurai and just didn’t like the idea of him being isolated. Even if it was something he was choosing for himself. Even past that the episode then rolled right into her being…a lot to handle. The mockery was over the top. It’s the kind of thing you’d expect when a story feels the need to hit too hard in the first episode to grab the audience’s attention. 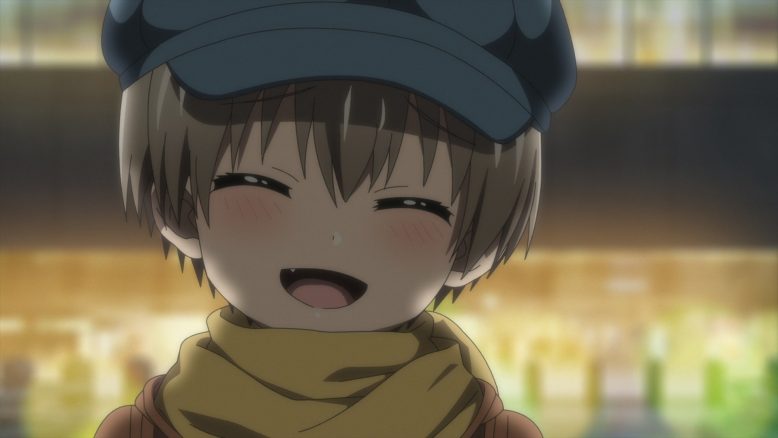 This first episode spent most of the episode just comfortably picking up from where the previous season left off. The very start though was something else. I’d have to presume that it is a look at the future. It’s not likely a dream sequence since neither Hana nor Sakurai’s actions seemed to lean towards having dreaming about a winter date at the tail end of summer. I’m surprised they felt the need to do that. No question it does a good job showing how far this season just might go.

It’s not entirely clear if those two are officially dating by that point, but I wouldn’t be surprised considering their actions. The actual moment might reveal that it wasn’t as romantic as it looked, but I kind of hope it will be. We’ll be a good way into or near the end of season 2 by that point. It’s about time for those two to become a bit more honest with each other. 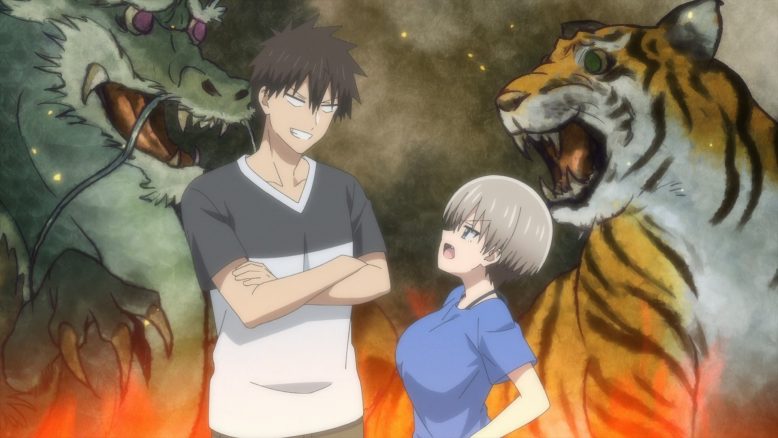 They are having fun

The overall tone of the episode was just fine with me. The bowling bit was just a good bit of fun. And it shows the balance that has been attained now. Uzaki can still drive this guy crazy. But he also can handle it at this point. He did end up winning the first round of bowling because her efforts to throw him off didn’t make her bowl any better! It was good fun just watching her mess with him throughout the game. She has a talent for disruption.

One thing I liked about Hana was another reminder of how much energy she has around Sakurai. She can be very low energy or just casual with most people when he’s not around. Part of it is certainly her intentionally flipping a switch to engage with him. But part of it of course is just naturally having more skip to her step around the guy she likes. 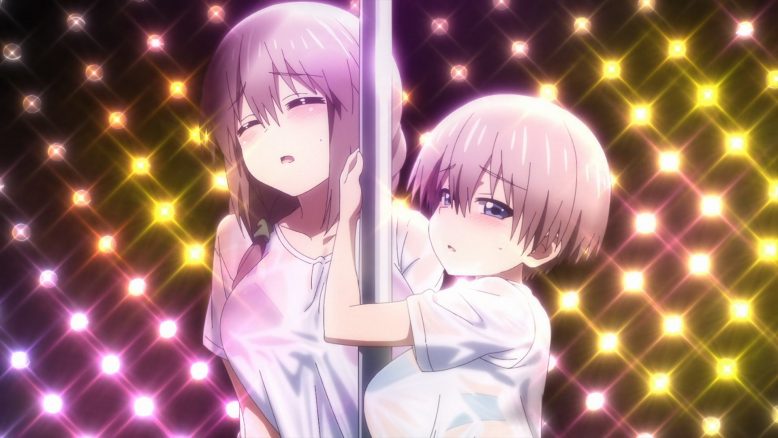 Ami…has issues. I’m starting to think her father will just sell the café to someone before letting her inherit it. I mean wow, she went absolutely over the edge in this one. She just lost control over her desires and tried to turn that café into her own little lewd event. I get her enjoying putting Uzaki into various outfits. It’s not like it was hard on the eyes to watch that part of the episode. But still…that was a bit much from her. Not like her desires only went towards Uzaki either. She was all in on trying to get Sakurai walking around shirtless so she could stare at his nipples. Good thing her father showed up since she was starting to damage the café’s reputation by making moves on Hana’s mother! 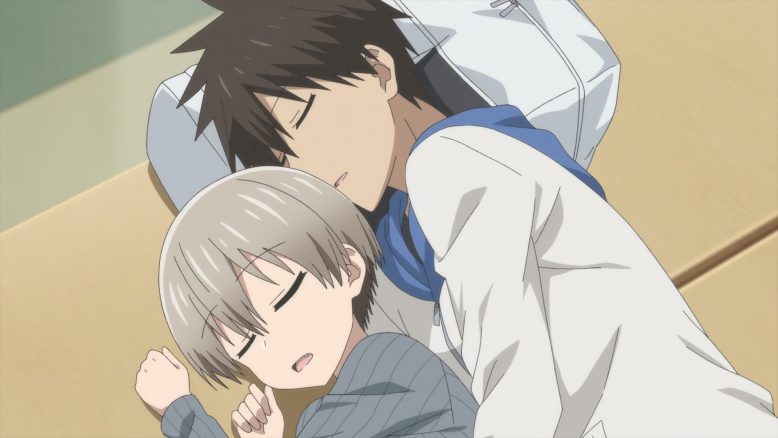 Nothing going on here…

I liked seeing Hana’s friends show up for a bit. They have a feeling of more background characters, but I wouldn’t mind seeing more of them. They have a different view of Hana than we might get from just seeing her around Sakurai. And I did like the idea that they just presumed that Hana was already dating him from what they could see from a distance. And it’s even better how they are given nothing but confirmation with how this episode ended! Hana going for that couple picture and then getting snagged by Sakurai who is confirmed to cuddle in his sleep. 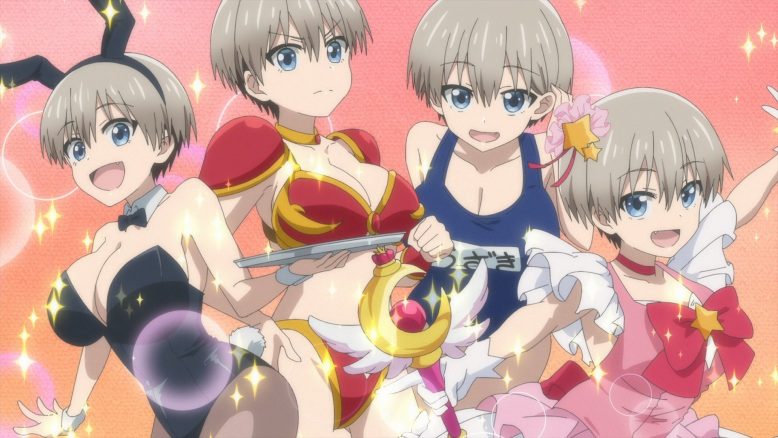 She does look good in many things…

This was just the kind of first episode that makes me smile. It nailed what I love about this show without hammering me with moments that I didn’t like. I do hope that this season ends on a nice note. These two are good together and of course they provide a lot of entertainment while stumbling around. But I think there is only so far things can go without them just being open with their feelings with each other. Christmas would be a good time for it. But I guess we’ll see what the story has in mind. At least there is going to be fun along the way with this show. And if the OP is to be trusted then we’re getting a whole Uzaki family gathering here!