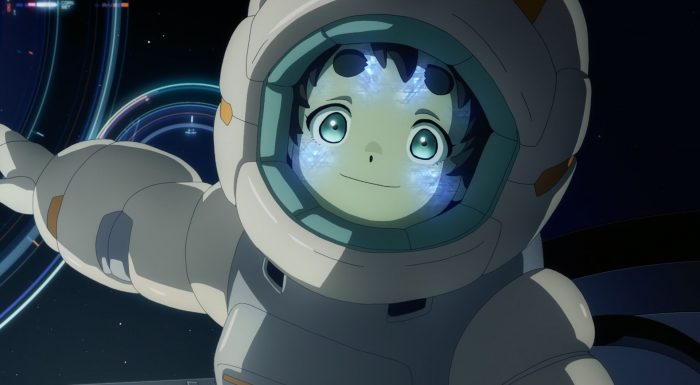 This served up a good origin story for our new Gundam protagonist. Ericht just got dropped into a nightmare and she couldn’t even really process it. Poor kid was just 4 when everything just blew up on her. It was that innocence of course that helped keep Eri and her mother alive. So, it’s a bit of a mixed bag. The kid ended up killing people at 4 years old which may not be a Gundam record, but it might! Kind of leaves a mixed feeling watching this kid blowing up enemies while just fooling around and thinking of the lights of battle like birthday candles. It also makes a fair point that her Gundam is going to be relatively old by the time the main show starts. Considering the bond formed in this episode I can’t imagine she’s outright upgrading to a new unit by episode 1. 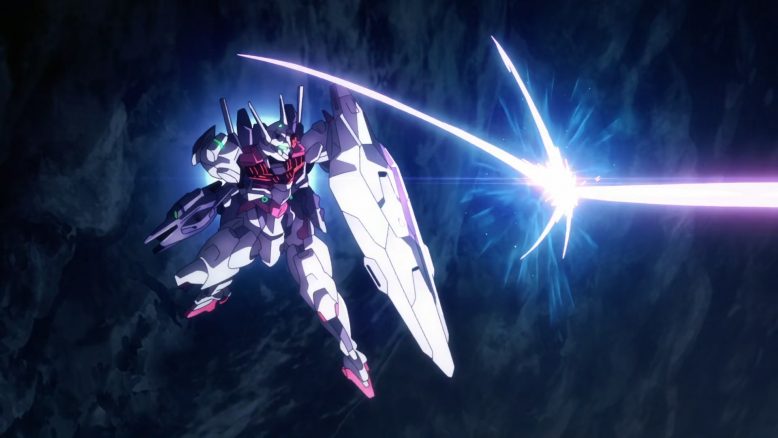 I’m going to be honest in saying that I’m happy to have beam combat back in Gundam. I know spin-offs and everything exist. But it’s just refreshing to have them back after Iron-Blooded Orphans (IBO) moved off of beams and focused more on physical weapons and melee combat. That is nice to have in the mix, but I like a good old beam spam every now and then. The fight showed by Eri’s father showed how fun the fights might get here. They are finding interesting weapons that can swarm enemies and blow them up on contact along with beam weapons, sabers, etc. There’s just a good mix of combat types that take advantage of the space combat we’ll likely see plenty of here.

It is also a point I want to make that the enemy pilot that killed Eri’s father…nearly lost to a four-year-old! It’s a shame he doesn’t know that since the actual shame would likely make his life miserable going forward! But I’m sure this guy will be a major player in the main series. Even if he was just following orders that doesn’t mean there won’t be any grudges. The really sad part though is that Eri may have few to any memories of her father considering how young she was when he died. 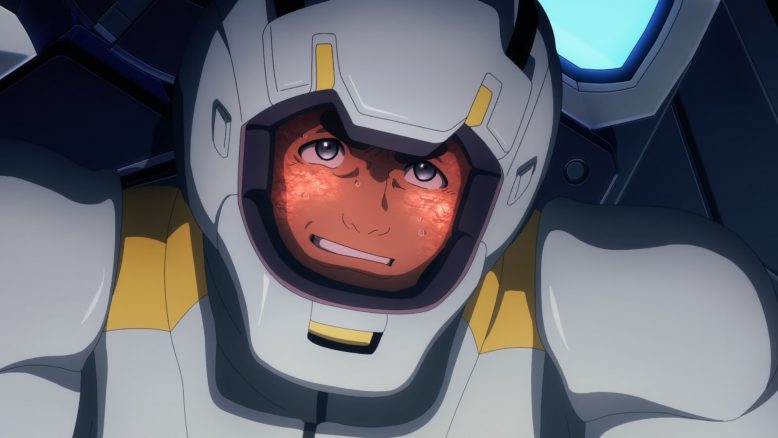 This will make combat interesting

This is another Gundam show where actually piloting a Gundam seems to have a real physical toll. The main character seems to be uniquely gifted at piloting while maintaining minimal strain, but others are much less immune to it. I’m sure that Eri will have some tough times in the future since she must have some kind of limit where things begin to get dangerous for her. But it definitely makes the price paid by piloting a Gundam one to keep in mind. They gain some crazy power, but it’s not free. This isn’t the first time that there has been physical cost (that was really apparent in IBO) and kind of makes me think back to Gundam Wing along with other shows. It makes the fights interesting since the main cast will be fighting their limits as much as their enemies.

I can appreciate them making that very fact a plot point and cause of conflict. There are likely a lot of selfish motivations behind trying to crush the Gundam project. I’m sure some though are legitimately upset at the idea of weapons that can injure if not destroy the user. There are a lot of settings where characters gladly pay those prices for power, but I can see real outrage over family members being ruined not by their enemies but by their own tools. The nice thing is that the technology used here has important non-military purposes. So, I can appreciate people like Dr. Cardo Nabo trying to make sure humanity can physically handle the advancement into deep space. People needing to change in order to transition into a space-based civilization has merit to it. At least makes me think of Gundam 00 in that sense. 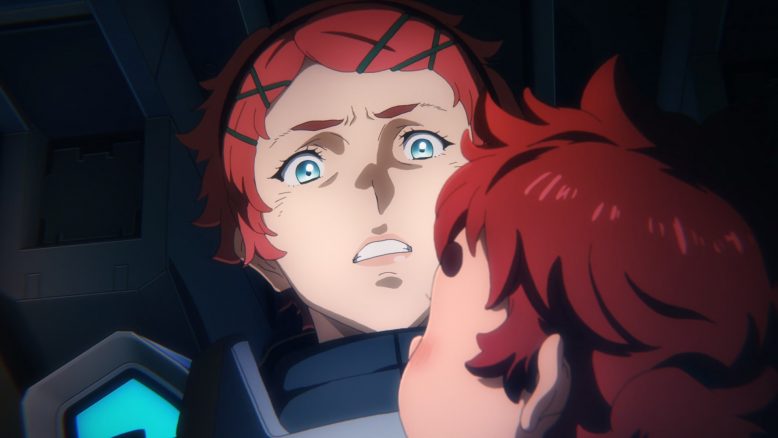 What a day for Eri’s mother though. I can’t even imagine how messed up she must be after this episode. Her husband dying and the person that saved her life both died here. That alone would make life so incredibly difficult for her. But she also got a firsthand look at her daughter killing people at a ridiculously young age. There was of course no choice. If they didn’t fight then they would have died. Elnora couldn’t move that Gundam. If they wasted time disconnecting Eri and trying to move it herself it would have just gotten them killed. But that doesn’t mean it’s a comfortable thing. Sometimes the best choice still isn’t a positive or enjoyable one to make. 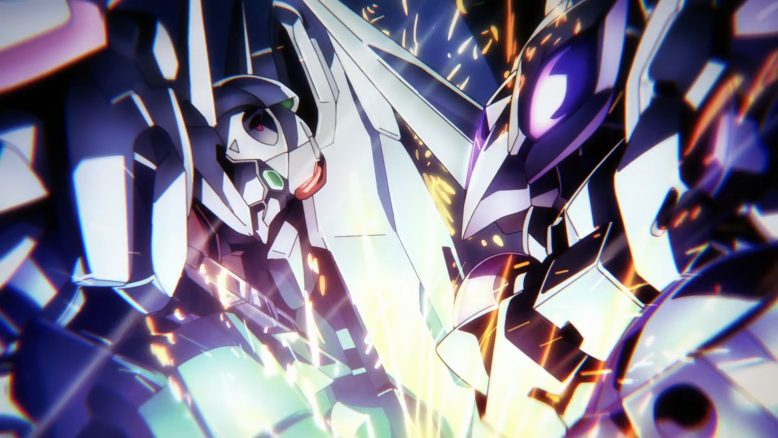 This episode has set up the show pretty well. There is a clear line in the sand and conflict seems inevitable. The “spacians” have determined what they’ll accept and what they won’t. There’s an effort to keep GUND technology suppressed which puts normal people on Earth in a tricky position. The overall political situation will likely become clearer in the first few episodes so I’ll wait on that. But I will say this was a really strong start. They managed to fit in some nice action and establish Eri and her mother in this one. Of course, things are going to change with the time jump leading to the first episode. But this was a good way to get the ball rolling. I will gladly anticipate episode 1’s release next week.

in Mobile Suit Gundam: The Witch from Mercury