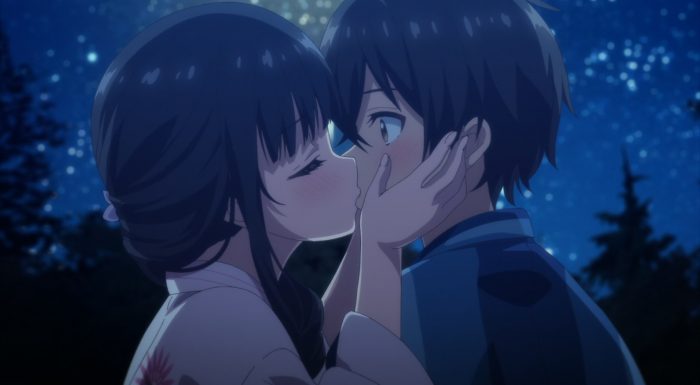 So, we’ve finally made it to the last episode. Definitely gives the feeling of the summer season being over. It wasn’t a surprise that this episode ends without a firm conclusion on things. The only way that would happen would be a full-blown anime original ending which would cut them off from doing a second season in the future. I’m not confident that we’ll get another season of this, but I can’t blame them for leaving that option available. If nothing else it did move things along a bit between Yume and Mizuto. They were the focus of this finale and I’m happy about that. We dove quite a bit into their mindsets and how those things have changed over time. It was a good episode for self-realization, especially for Yume. 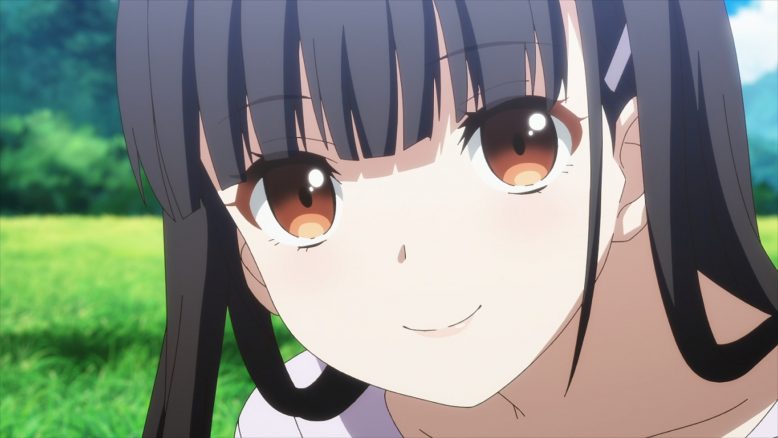 Yume just has more jump in this episode

I’d like to say this was a Yume episode, but it did focus quite a bit on Mizuto as well. She came to understood Mizuto far better than she ever did while actually dating him. I kind of like how she really has taken this whole situation as an opportunity. There was only so much she could appreciate and understand from the perspective she had before. Now that she’s been his step-sister and gotten to know his family there is just more for her to take in and it’s all coming together in her mind.

That’s why she could end the episode the way she did. Yume feels a great deal more aggressive now or at least she’s looking confident. Beyond her just going for that kiss, she just seems to have direction now. The past few episodes have let her see rivals appear, work through her own regrets about how their relationship ended, and now she seems ready to make the most of this current situation. She’ll outright embrace the bro-con label since she’s absolutely gunning for Mizuto now. It’s amusing that her perceived greatest rival is…herself. Ayai Yume is the person that is closest to Mizuto at this point. And Irido Yume seems more than ready to take her on and win over Mizuto through her own strengths. Things aren’t going to be as easy for Mizuto going forward. 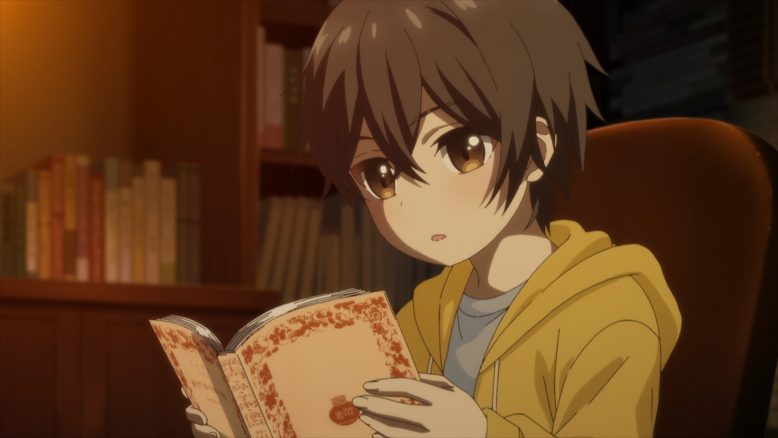 The rest of the episode was just focused on getting across what made Mizuto the person he is today. He grew up without a mother (I’m really guessing she died in childbirth) and basically had everyone around him just celebrating him not being dead. There was just a detachment from the world around him. Honestly, it made me think of a background to a serial killer. But thankfully the book that gave Mizuto’s whole life direction was a positive one XD. The story was emotional and a bit tragic, but it wasn’t a story that would send Mizuto’s life down a darker path. I do feel for him even if that is the issue that he wasn’t happy about. He really has lucked out in having Yume around. She does understand him better than most and provides someone he can banter with pretty nicely.

I still want to give some credit to Mizuto’s Dad even if he wasn’t in that much of this episode. He does also seem to understand his son well enough. The previous episodes made that clear with him just being glad that Mizuto spent some time with the relatives. He’s doing the best with his son that he can and raised him pretty well despite losing his wife. 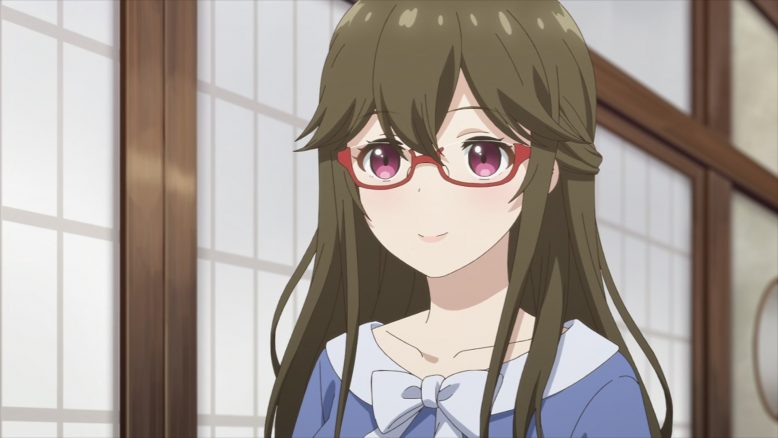 Not a bad way for the last episode to go

As a final episode the show did have to balance not fully wrapping anything up, but also making it feel like something actually happened in this show XD. And I think there was decent progress with Mizuto and Yume even if obviously they are still fairly close to where they started. They obviously haven’t gotten over their previous relationship and the feelings they share. We still have moments like Yume trying to go on a photo taking session with Mizuto when seeing him dressed up. That girl is absolutely loyal to her desires! It was kind of funny having the supporting cast all show up in the last few minutes just to remind us that they do indeed exist! It’s just been all the more amusing since half of them disappeared to let the rival character take some prominence. If nothing else the kiss and Yume’s newfound determination made for a solid final episode. 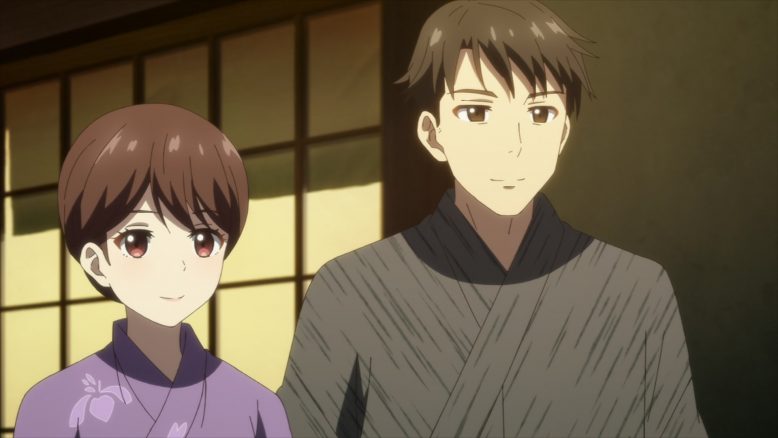 The side cast had their moments

This show was certainly an interesting ride. I think the biggest thing for me is how unbalanced the handling of the supporting cast was. The other former couple were a big factor for quite a while and that remained partly true as Isana was basically replaced by Kawanami. It was fitting that the final episode had those two developing a rivalry. She really did steal his place in the story with Minami staying around for a bit longer so she could try to push Isana to date Mizuto and claim Yume for herself. This show was definitely a bit odd when it came to the supporting cast and their respective goals. I guess it’s not fair to say that Kawanami even had any particular goal besides keeping Minami from wrecking another person’s life. That poor guy was the least developed in the show.

Honestly, the parents were the most consistent part of this. They were just a nice and likable pair of people. Now I would have enjoyed them having some sense of what was going on both in the present and the past between these two. But I can presume that they’ll eventually find out! At the very least they were enjoyable when they showed up and didn’t detract from the show at all. 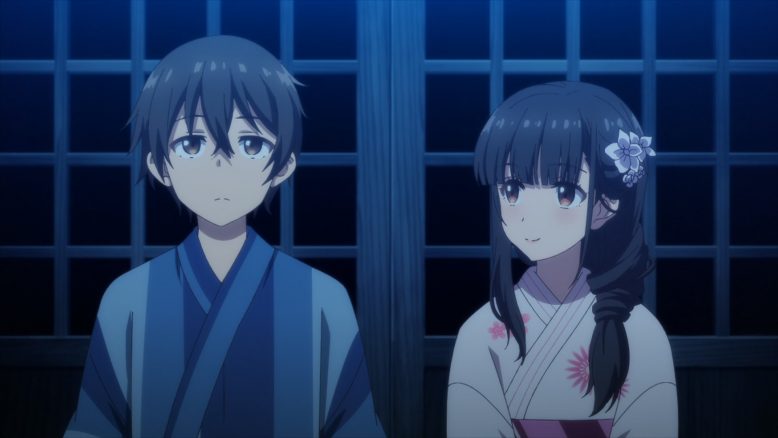 I enjoyed these two

Everything was carried by the main couple. Yume and Mizuto for better or worse were the central focus here. I didn’t love how they kept mentioning that they used to date and turned that into their catchphrases for monologues. We get it guys! But besides that, they were a pretty decent main pair. Their banter and conflicts made the show entertaining enough for me to be here writing about it. I’m sure many didn’t care for Yume, but I liked her. She had some weird elements to her, but often did end up paying for her flaws. The show definitely didn’t paint her as perfect and she stumbled quite a bit. But at the same time, I could appreciate her desire to improve and finding her own confidence.

Mizuto’s snark worked because he had Yume to bounce off of. He didn’t lose that snark when dealing with Kawanami or Isana, but it wasn’t quite the same with them. Yume was the one person that could shake him up enough to get good reactions out of him. Without her it just wouldn’t have been quite as much fun. Thanks to Yume being there, Mizuto was able to shine. The guy definitely had the most focus in terms of the story trying to get across why he is the way he is. Yume is sometimes more of a central character, but there’s nothing particularly unusual about her background. Mizuto on the other hand has the family background that makes his personality an understandable result. 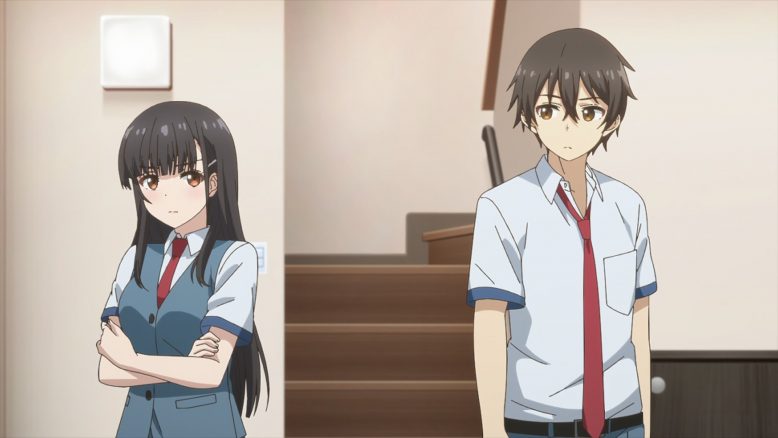 No real regrets in covering this one

Honestly though, this show was just fine. I thought it might be a bit better than that as the first episodes came through. But as the show settled in, it kind of just turned into a perfectly average experience. Not one I’m going to look back on with regrets, but also not one I’ll think about that much after this season is over. It was a perfectly ok show that was a nice way to spend my time. I do expect and hope that Fall will have several shows that put this one to shame, but that will remain to be seen. I’ll have to sit back and wait for those shows to land. Thanks to everyone that spent time reading my thoughts on this one. Noot sure if it resonated with people, but I enjoyed working through my thoughts on this show. Until next time!