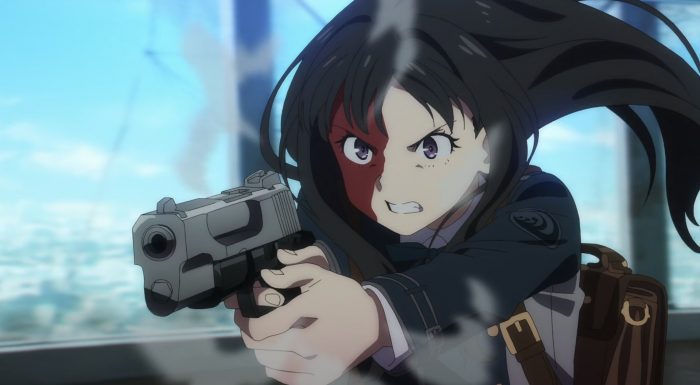 It took me a while to decide how I felt about this episode. A lot was handled in this episode, and it set up a final showdown for us. In some ways though it does feel like the status quo from the end of the previous episode was maintained. The episode still ended with a showdown against Majima, Shinji still on the loose, and Chisato’s survival is up in the air. The only real difference is that Takina has been taken out of the equation for the time being. I’m sure she’ll head right back up after the elevator reaches the ground level. But considering how fast the previous fight against Majima ended, that might be enough time for her to miss out on everything. 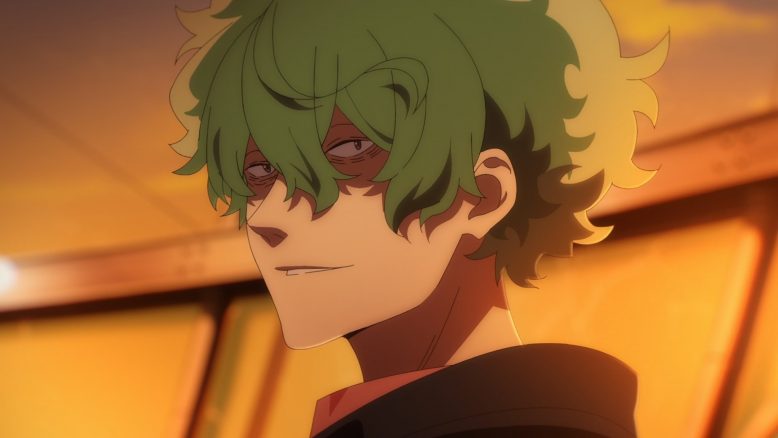 In a lot of ways, it feels like nothing really happened here. Majima is basically a Terminator at this point. The guy was hit with a ridiculous amount of non-lethal bullets and kicks and he’s still running around just fine. His durability makes it hard for me to read how a showdown with Chisato could even end. Unless he managed to set up traps in that location too for the off chance that he’d fight Chisato there…it’s basically an even playing field. He can’t hit her with bullets and frankly her bullets can’t put him down either. I suppose she has a chance to knock him down and restrain him again. But he already got out of that once. Even if she hands him over to a cleaner crew, I’m not sure he’s going to stay captured.

So, I’m unsure how this next round against Majima is even going to work out. Will he just fight her for a while and then escape? Why is he even doing this in the first place? His plan has worked as well as it is going to work. There’s nothing he can do via a fight with Chisato to change that. If he’s planning on trying to recruit her to his side again…he should realize that’s pointless. Maybe he’s just bored and wants to fight Chisato as much as he can before she dies? The only random thought I have about this is that he plans on knocking her out and making her take the new artificial heart to keep her alive and able to fight him long term. 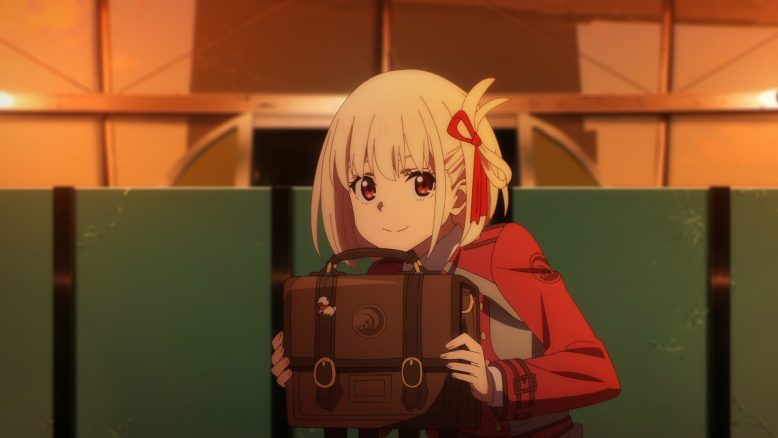 The ending was also less satisfying compared to the previous episode. There was something fun about Takina just busting her way into that situation and being set to take on Majima as a team. Now…we’re going back to a 1v1 situation? Why? Doesn’t it undercut Takina’s role in the story to just send her down the elevator and have that be it for her? If there was a clear setup for this fight having purpose that would be one thing. But there’s really nothing to it. Chisato doesn’t have to beat Majima to save anyone, and Majima isn’t set to gain anything by winning here either.

Everything was just set nicely in the last episode. Takina was there to save Chisato. Together they could take on Majima, get the heart, and try to wrap up this situation. But this ending doesn’t really have any sense of direction heading into the finale. That doesn’t mean it couldn’t lead to an awesome finale. It just doesn’t quite feel like the kind of penultimate episode that I would have expected. It spent a lot of time cleaning up the situation for the Lycoris while leaving issues hanging that I’m not sure how they’ll resolve. 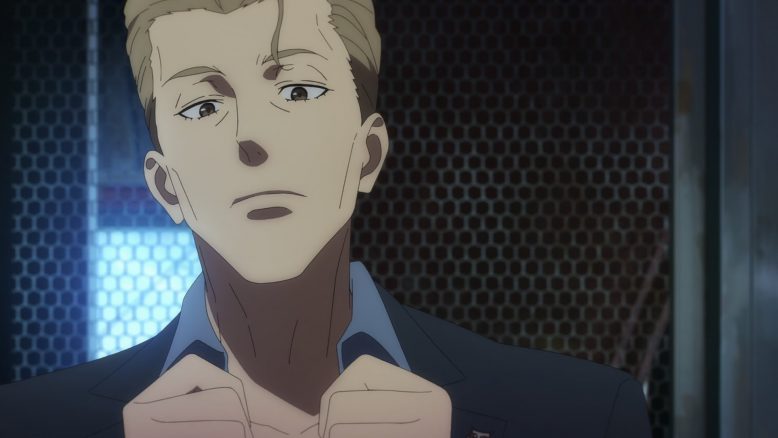 This guy is absolutely nuts

What is going to even happen to Chisato? I’m putting her odds of survival at under 50% since I can’t see a way she’d accept being saved. Presuming that Shinji isn’t full of it and has the new artificial heart inside of him…where does this go? It doesn’t matter who kills Shinji. Whether Takina does it, or Mika, or even Majima, the result is the same. Chisato doesn’t want to survive through Shinji’s death. Now I suppose they can just get the heart and give it to her without her consent. At that point her only option would be suicide or just living with it. And killing herself would also go against her personal policy so that might be an option. But it wouldn’t quite be satisfying since Chisato herself wouldn’t be happy with that.

But that’s about the only way for her to live. Shinji is such a hardcore worshiper of the Alan Institute that getting him to cooperate feels nearly impossible. We’d need some serious power of love thing from Mika to possibly make that happen. Chisato has tried everything she can in vain to get through to him. Shinji just isn’t interested in taking in her lifestyle choice or supporting it. He is ready to die himself to make Chisato live up to the mission appointed to her. How do you even deal with a zealot that’s ready to die for his cause? I’m confident that Mika will deal with this one way or the other. Either he’ll get through to Shinji or he’ll put a bullet in him. We didn’t see Mika in this episode and his only presence was giving Chisato some ammo. I’m pretty sure he’ll go after Shinji. 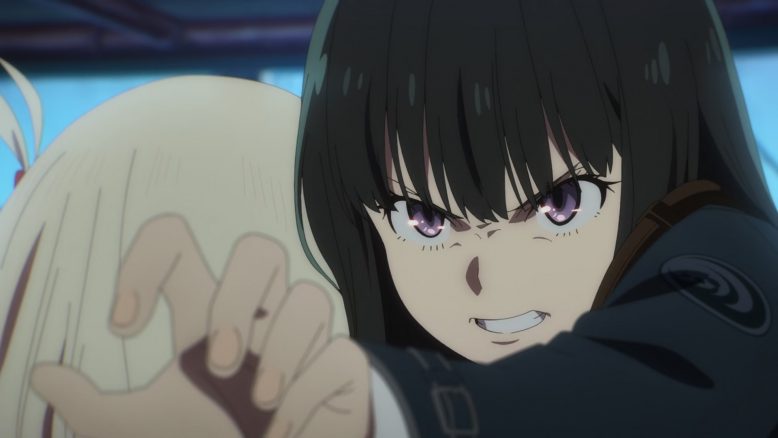 I can’t blame her for being enraged

I feel awful for Takina. She made her choice to leave the DA behind and wanted to save Chisato above all else. But Chisato isn’t letting her. You could feel the rage from Takina in this episode. If she had to rip Shinji apart piece by piece to save Chisato then she would. While she respects and will follow Chisato’s no-kill policy in general, she isn’t against killing. When it comes to her loved ones…she will do whatever it takes! It says a lot about her character arc that she’s reached a level where she’ll do anything for Chisato’s sake. The sad thing is the only thing she’s being asked to do is not save Chisato’s life.

It made the latter part of the episode a bit awkward. We leave an emotional scene of Takina practically breaking down because Chisato won’t let her kill Shinji and head right onto a mission to save the Lycoris. There was a bit of emotional whiplash there. I could empathize with Takina since my heart wasn’t in it any more than hers was. We really could be setting up Takina for a brutal ending where Chisato is dead, she’s sticking it out at LycoReco without her and she’s left feeling like she failed. Heck, she wasn’t even allowed a win against Shinji’s assassin secretary. Will someone give this poor girl a break!? 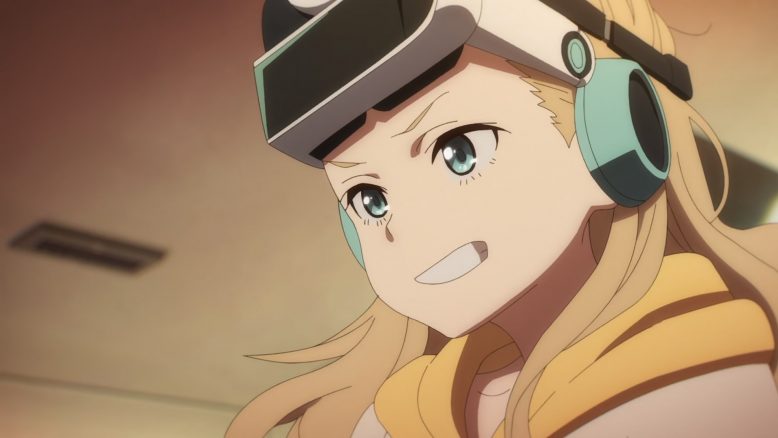 Obviously, there was a lot handled in terms of the cover-up. Kurumi was a total MPV that managed to get Robota arrested, restore Radiata, save the Lycoris from being hunted by society, and get in a nap afterwards! We can debate whether it was proper to even do all that. The Lycoris have been working outside the law and imposing an illusion of peace onto society. But they’ve also stopped a lot of terrorist activity and saved people as well. But regardless, the story seems ready to let the Lycoris survive all this. I would be fine if there was aftermath where people do start suspecting things and pressure for the truth starts to build up.

And they also set up some threads for another season with having the Lilybells show up. I’m sure if the situation was reversed, we’d have seen similar orders being given out. It just happened that this time the Lycoris were set to be exposed and it was considered necessary to wipe them out to make society think the threat was over. Having the elite for the Lilybell clearly recognize and have a past connection with Chisato sets up plenty of things. If Chisato survives then there is a rivalry that can be explored. But maybe she doesn’t live and he’s just getting a nod here for the sake of other parts of this multi-media project. 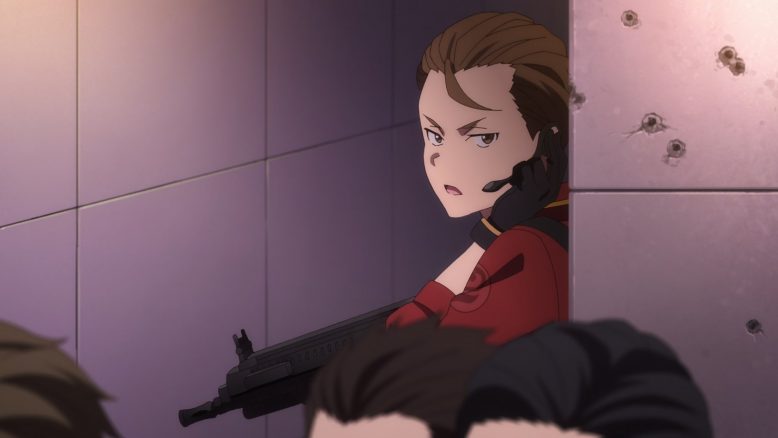 Maybe in a second season we’ll see him again

This wasn’t a bad episode. But I still feel a bit mixed on it. The episode mostly just wrapped things up (for the moment) for the Lycoris. Their secrets are still relatively safe. Although there are still a lot of guns out there, dead people, and dead Lycoris. Rumors are going to start picking up as parts of society aren’t able to handle this status quo. But in a sense not much else was dealt with. Majima is still a threat, Shinji is still on the loose with that heart, and we’re not sure if Chisato is surviving this show or not. It could go in any direction and we’ll just have to wait and see.