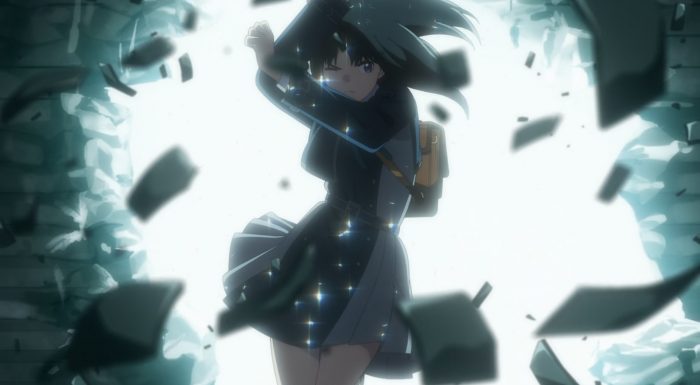 The end of this episode left me absolutely hyped for the remaining episodes. This show built up the tension wonderfully and just left the door open for a dramatic entrance. And Takina didn’t disappoint in the slightest when she showed up. That girl may not be at Chisato’s level, but she is more than capable of lending a welcomed assist. Now we’re set for what I suspect is the first half our finale. The focus right now is dealing with Majima and putting an end to his chaos. But I’m almost 100% sure that Shinji will still be the main problem that has to be dealt with before Chisato can be saved. 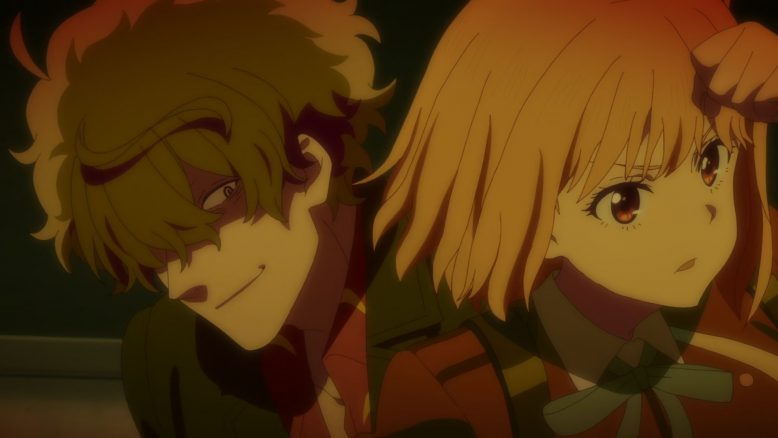 Everything about Takina’s arrival was perfect. They went out of their way to nicely set it up. Shinji’s (I presume) phone ringing was the nod that Takina was close and I’m pretty sure that Chisato could pick up on that. She had to be buying time waiting for something to happen that would change up the status quo. But even before that I feel like having Majima suggest that he could be Chisato’s partner was the nod that Takina wasn’t far off. The only one who could properly challenge his claim that he was suited to be her partner was the girl who is Chisato’s partner. And all of that built up to an ED that has the exact kind of energy you want for this moment. Chisato and Takina are reunited and set to take on Majima. That is the exact kind of thing that builds up excitement.

The versus against Majima was incredibly good even though it only lasted about 3 minutes. Whether it was him leveraging his advantages over Chisato or Takina kicking him in the face, it was pure gold. The episode had a wonderful contrast of both types of excitement. Majima had all the time in the world to minimize Chisato’s visual strength and maximize his strength in hearing. Even if Chisato could figure out his trick (he basically told her anyways) it didn’t matter since she couldn’t take advantage of it. He was also able to take full advantage of the fact that her dodging bullets doesn’t protect people behind her and she can’t shoot him with real bullets. But Takina could take advantage…of her great legs. I’m pretty sure she got three good kicks in there XD. 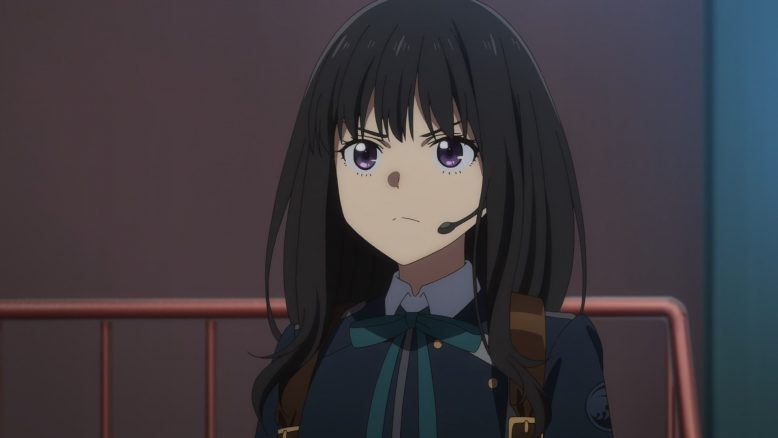 Takina’s arrival is beautifully connected to how active she was in this episode. There’s no shock of course that she prioritizes Chisato and cares more about her than the DA. But it was still nice seeing her racing to the café to try and find Chisato and leaving her mission the moment she determined that she had somewhere more important to be. There was little hesitation and I’m sure for her that was a sobering moment. Takina has always been someone that makes a judgment call and then acts. And that remains the case in this episode. The moment she could say something like “I can’t save Chisato here” that answered all questions for her. Takina made her choice and acted.

Credit to Fuki with letting her go. I do think Takina’s line about not being able to save Chisato there made it easier on her. She very much has a rivalry and friendship with Chisato that can be a mixed bag of emotions. But in the end, she doesn’t want Chisato to die. And maybe Fuki also envies Takina in a lot of ways. Takina can make her own choices and doesn’t hesitate to act. While Fuki can’t even stay in the café long enough to share a meal with Mika. So, letting Takina do what she wants helps Fuki since someone is acting in that case. 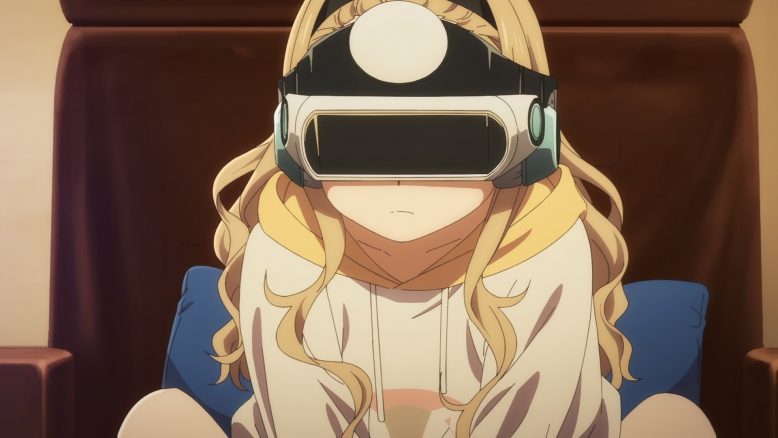 I’m giving full credit to Kurumi here. She never gave up on Chisato. Although if she didn’t get the job done then she was clearly ready to fly out of the country. All her hard work let her track down Shinji and thus get the ball rolling. The moment she knew there was a new artificial heart…things took off in a big way. I love her messing with Mizuki to the point of giving her economy class flights and getting her to leave the plane by telling the staff she was her long-lost daughter XD. That was beautiful! But this reveal does also give a lot of hope. I presumed there was a heart and Shinji had it. Confirmation is a nice thing to have though. The only question is whether they can get through to Shinji and have him hand it over. 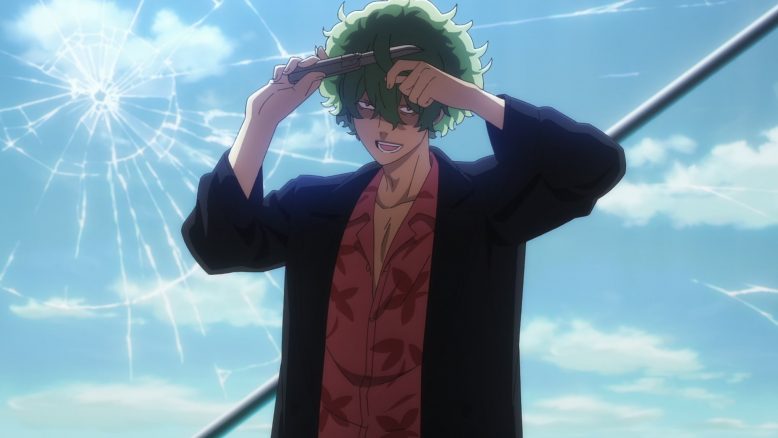 So focused on the girls he missed half the picture

Did Majima ever find out about the Lilybells? By the end of the episode, I was honestly wondering about this. His efforts have focused entirely on hampering the Lycoris and basically blowing their cover. But no matter what he does here that doesn’t eliminate the male organization. Heck, by revealing the Lycoris it might have made things even easier for that side. Everyone is going to be suspicious about high school girls but that will leave the high school boys even more invisible than before. Of course, having people looking wearily about people acting in the shadows won’t help them, but they should be in decent shape. In fact, they might get a boost in their budget since the Lycoris might have to either be shut down or put on ice for the time being. 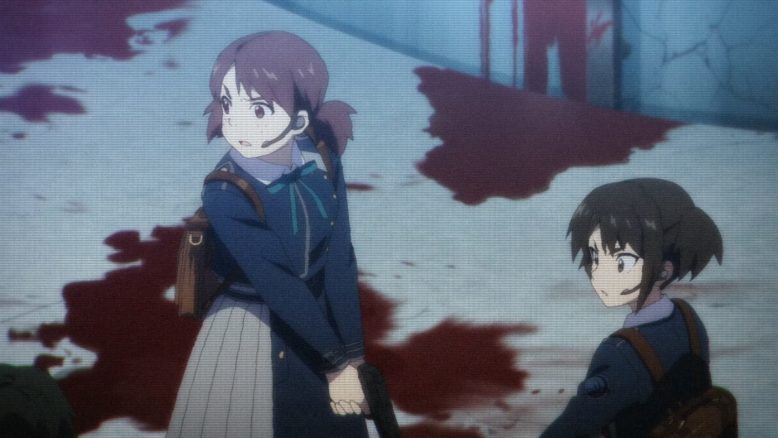 Credit must go to Majima for his plan really taking off this week. I thought he already had a solid plan last week, but that really was just the first stage. The plan made absolute sense when considering his personality. He’s not satisfied just causing a bit of chaos. He wants to reveal “the truth” and drag everyone into the ugly mess he sees when looking at the world. So naturally his next step was to take full advantage of drawing in the Lycoris to reveal them to the world. It wasn’t just about implying their existence, but rather just showing them off entirely. That it resulted in a Lycoris being shot by a panicked person was just a bonus. Although I’m extremely worried that a bunch of unstable people will start shooting random schoolgirls…

In the end the Lycoris were utterly outplayed here. They just kept ignoring the warnings until it was too late. Their vaunted defensive computer system failed them and they couldn’t keep up with Majima’s moves despite him being clear about wanting to expose them. The cost was both being broadcasted and getting nailed by explosions. A lot of these girls are going to have a tough time after being seen like this. I feel bad for Erika. She was all ready to fill in for Takina and finally got to apologize for putting her in the position she was in at the start. But now…things are looking bad. 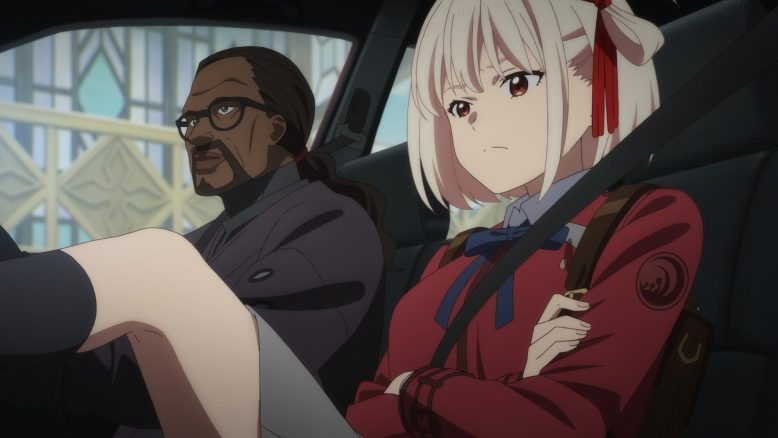 Chisato is ready to get this finale underway!

We are set up for one wild finale! A couple episodes remaining leaves more than enough time for a showdown with Majima before likely a more emotional showdown with Shinji (and maybe his secretary). Heck, if I didn’t know any better I’d almost say Takina will be left to take on Majima so Chisato can go after Shinji faster. But things might also split up with Takina taking care of that secretary so Chisato can talk things out with Shinji. But we’ll see how things go. For the time being, I’m way more hyped about this duo getting to take on Majima. Takina fulfilled her side of things by finding Chisato no matter where she happened to be. Now they need to stop Majima before moving onto making sure Chisato survives this show!