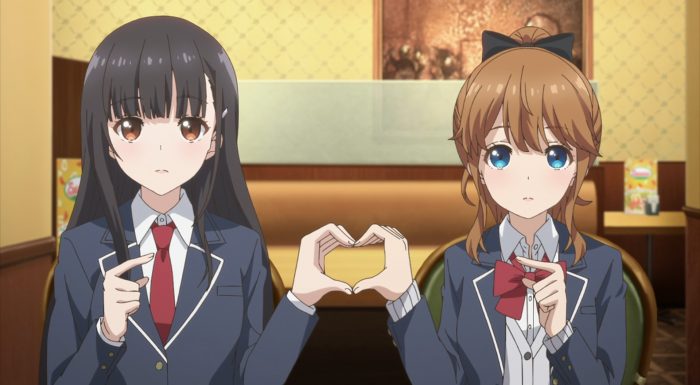 On the positive side at least they didn’t drag out the love rival situation for too long. The downside is that we absolutely spent an episode setting up Isana to just get shot down. Her friendship with Mizuto remains almost the same. The only real long-term gain here is that she’s closer to Minami and Yume after all this. And I guess the story couldn’t come up with a good way to add another friend to the mix without having them be a failed love interest. I do think there is benefit to having Isana become friends with the other girls and clearing things up with Mizuto might make things easier on her in the long term. But I still had a feeling of the episode kind of wasting time with something that isn’t that essential. 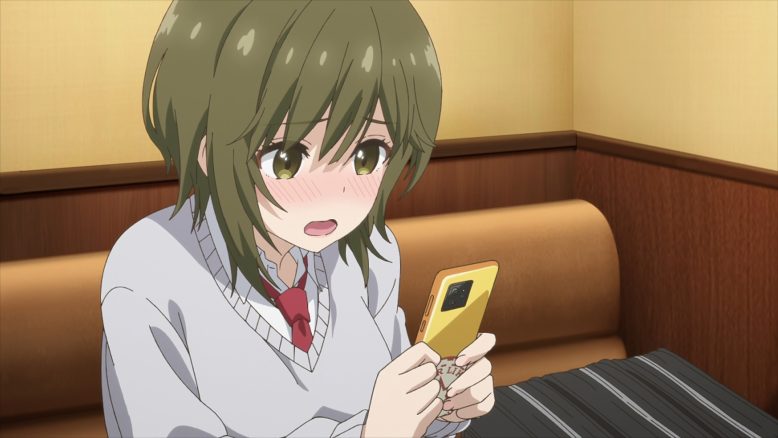 I mean, Isana wasn’t even aware of any romantic inklings for Mizuto. She literally had to be ambushed with video footage and Minami whispering “things” into her ears. All of that was required for her to even clue in on it. So she probably could have gone a long time without ever even noticing it. Was it really that important to do this? I’m really not sure in all honesty. Isana isn’t a bad girl by any stretch. But I think having her just be a friend of Mizuto without any romantic interest would have been fine. That can be a thing!

If we’re being positive, then sure this is good for Isana. Now that she knows that nothing will happen between her and Mizuto she can just relax. It’s not that easy putting romantic feelings away, but it seems like she’ll be able to manage it. Which is a good thing since she didn’t really ask for all this to happen, and it would be too bad for her to be the one suffering the consequences of it. 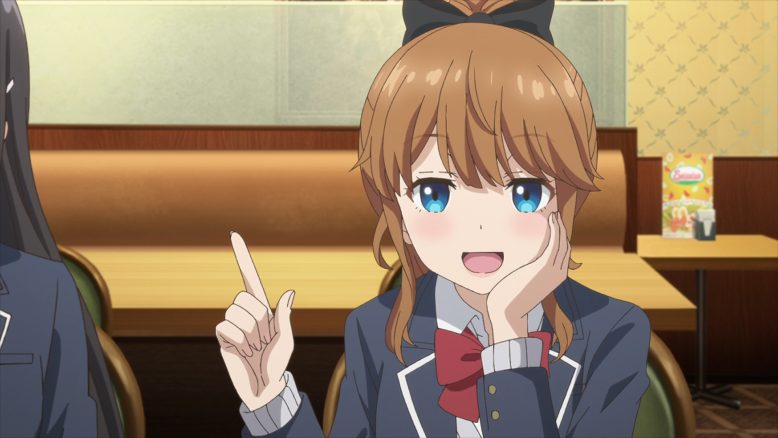 If I’m putting any criticism to anyone in this episode it is Minami. This is all on her. She’s proving her Ex right in terms of what issues he’s got with her. This girl was so over the top in her first relationship that she got someone hospitalized! There is no way that this girl should be guiding anyone towards romance! I don’t blame Isana for taking the advice or even Yume. Neither of them know what Minami did or how far she can go. Minami knows how things played out in the past and at least isn’t so regretful over it that she can restrain herself in the present. If she was doing it out of the kindness of her own heart that might be one thing. But she is obviously just doing it because she selfishly wants Yume for herself and hooking Mizuto up with anyone is enough. 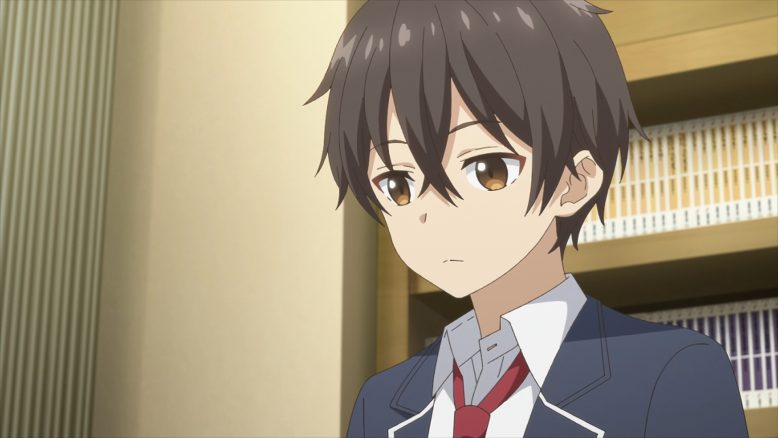 This guy put up with a lot

Credit to Mizuto for handling all this strange stuff effectively. It wouldn’t have been surprising if he turned Isana down purely because he was exhausted from how weird she’d been acting the past couple days. But he did have a very well-structured reason for turning her down. I did think that part of it was going to be him admitting that he gets along almost too well with Isana. He seems like the type that needs some conflict or he can’t enjoy himself. But I appreciate him mostly phrasing it in a positive way. He effectively said that Yume is still too big a part of his life and he can’t direct his focus to someone else. Even if he’s not dating Yume now, she’s still too important for him to split his focus. 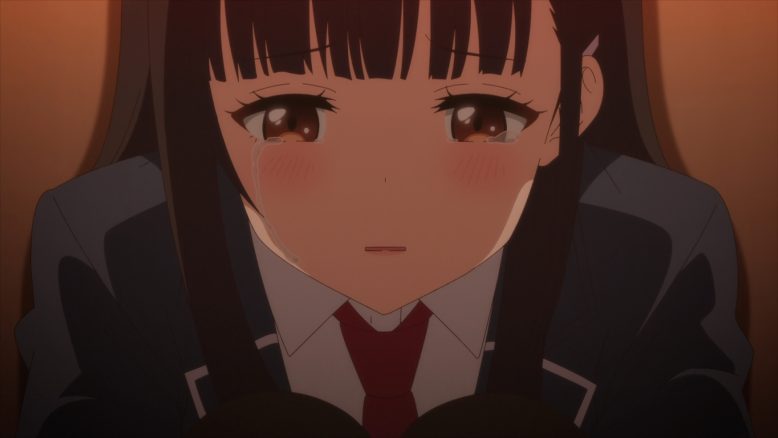 At least she figured some things out

It should be obvious for Yume at this point that Mizuto cares a lot about her. She’s seen how much time and effort he’s given to her throughout the show. But I suppose having him say it in such a blatant way is effective regardless. It just shows that while their relationship status has differed, the amount of head space each takes in each other’s mind hasn’t changed all that much. Maybe the one that needs to learn something from all this is Yume though. She as bouncing back and forth with being supportive and occasionally realizing that Isana going out with Mizuto isn’t something she wants. The sooner she realizes this fact the better. 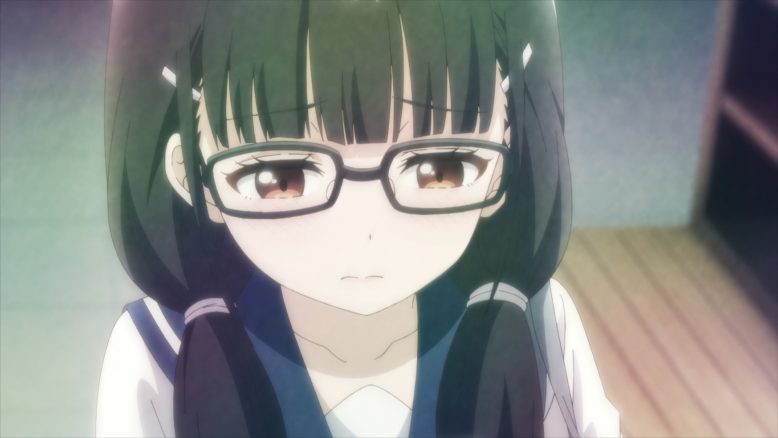 Young Yume was nice too

This episode probably won’t be one that I think about much when the show is over. It was important to transition Isana from potential rival to just another friend. But it didn’t feel that effective while going through it. Part of that is just preferring the interactions between Yume and Mizuto of which this episode had almost none. The focus was about establishing that friendship between the female characters and clearly removing Isana as a love interest. Hopefully the coming episodes will be a bit more fun as we now can move onto whatever the next little story arc will be.