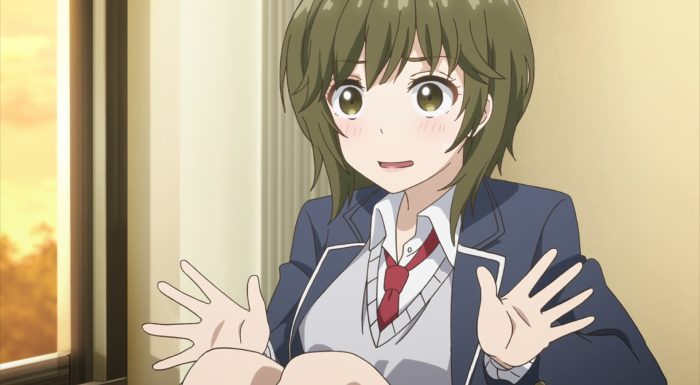 And so, the rival appears. That does basically seem to be Isana’s main purpose in this story. A rival for Yume that falls into a similar but different position than her past self. Isana is plenty awkward in her own right just like Yume. She can share some interests with Mizuto and there’s plenty of potential for them to end up together. So, a lot of similarities do match these two girls. The only question for them is whether the differences will end up being the key factor. 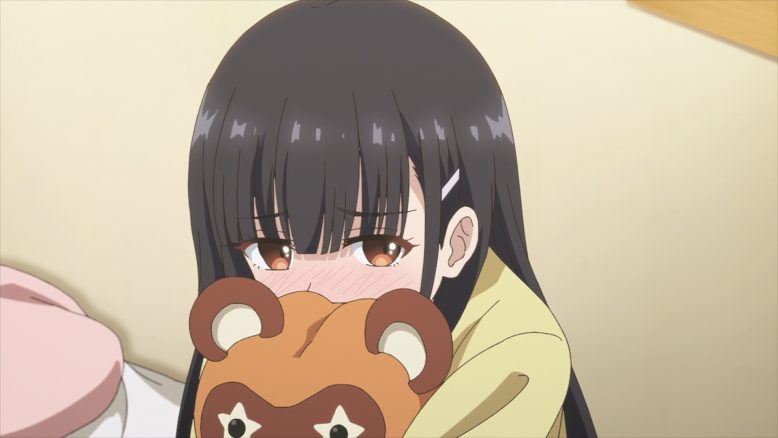 At least it was worth it for blushing Yume

The big gap between them is the conflict between Yume and Mizuto. One could argue the relationship between him and Isana is almost too peaceful. He honestly seems like a twisted person that needs some frustration and conflict to exist to get any enjoyment from what is going on. A relationship with Isana could honestly be too easygoing for his tastes. But if he does actually prefer a peaceful relationship with a girl that’s almost as odd as Yume, then Isana seems tailor made for him.

And there’s no doubt that she is interested. She can say weird stuff all she wants, but that interest is pretty obvious. The same goes for her recognizing her own rival instinctively and pushing outside her shell to take Yume’s hand. Although I guess her talk about wishing she was born a guy might reflect some kind of interest in Yume? Or maybe it just meant that she wished she was a guy so that her friendship with Mizuto wouldn’t be misunderstood? It could be the kind of thing where she doesn’t love how any time a guy and girl are friends there are immediate suspicions of romantic interest from one or both sides. But considering she does seem to have some interest in him, I can’t be sure that’s the case. 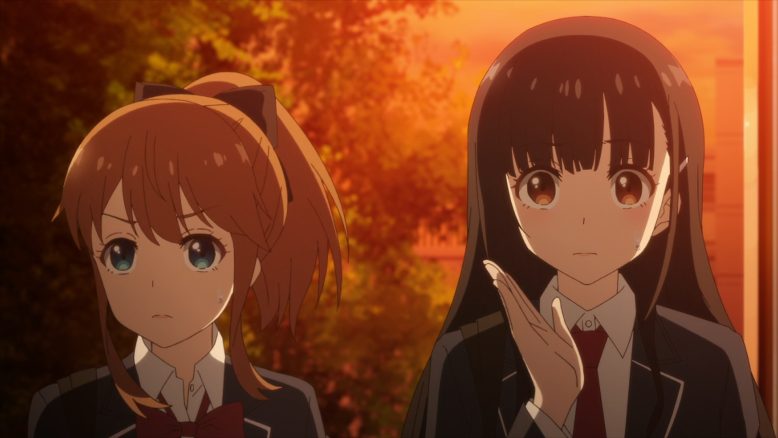 One tip I’m going to give to Minami is not to push Yume to assist her rival in love. There is no scenario where that helps out Minami. If Isana doesn’t get closer to Mizuto then it just leaves a good opening for Yume that she’ll likely take advantage of. If she does actually go out with Mizuto then Yume will be upset. And she’s definitely not going to run into the arms of the person who made her help get those two together. Minami is showing great skills at sinking her own ship. That does seem to be entirely in character for her though. This is a girl that basically went overboard with her first relationship and somehow hospitalized them. So not realizing that she’s hurting her own chances by pressuring Yume into something she doesn’t want to see happen is completely like her to do. 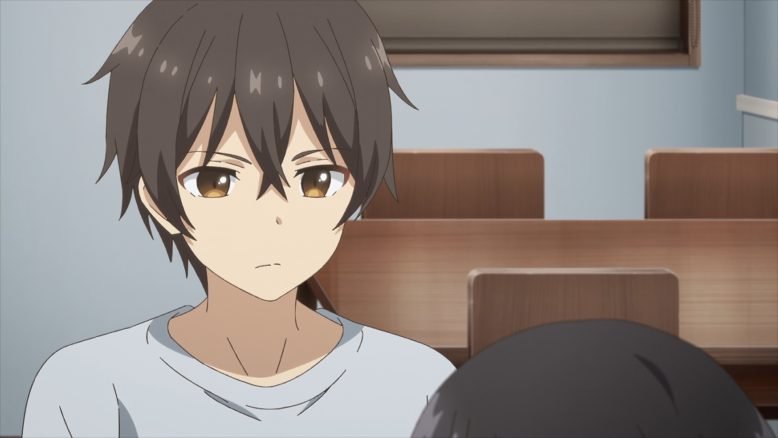 Credit to Mizuto, he is a clever person

A big focus was on the versus situation going into the tests. Now I kind of feel for Yume. Mostly since Mizuto gives the impression of a genius that only sometimes has to try. It seems like he’s happy to score first once in a while just to show that he can do it anytime he pleases and then he falls into the background the rest of the time. I’d say he does it just to show how much better he is than Yume, but I don’t think it’s that vindictive XD.

The point of the scene was fine. It was nice seeing Yume realizing that her whole life isn’t just about scoring good grades. It’s a bit contrary of course since being the student representative for their class and being top in their class immediately scored her those connections. She doesn’t need it to maintain them, but she kind of did need them to get anywhere in the first place. But I suspect the show doesn’t want to focus on that too much. Since it would muddy up the message that it’s more about who Yume is than her ranking in the class. Better to just focus on the good stuff I suppose. 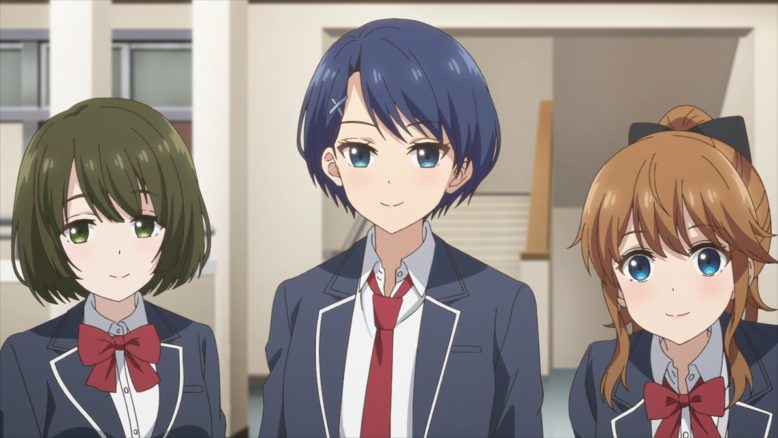 Not a bad message really

This episode didn’t have as much that grabbed me compared to the previous one. Whether Isana develops into a really likable character is hard for me to guess at right now. Her introduction was fine. She’s a bit of an oddball, but not the worst in the world. And it isn’t like the other supporting characters had mind-blowing first appearances either. So, it is possible that she does become a really strong part of the cast. At this point though, I just kind of treat her as ‘the rival’ that is there to push Yume a bit more. I hope it isn’t just there to create drama like Minami trying to force Yume to help set this girl up with Mizuto. That’ll just get tired pretty fast. But there’s a good chance for Isana to be a solid part of the story moving forward.