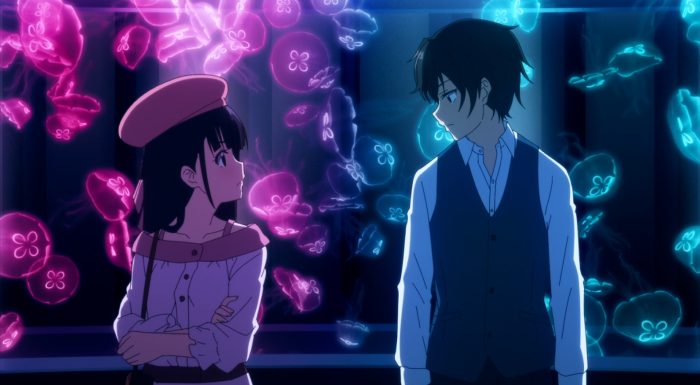 This date definitely set some things into motion. I don’t think these two can fight the tides even if the two characters haven’t gotten back together yet. The way things ended up with that photo session really just reflected the kind of switch that has been flipped for Yume. And even if Mizuto is still able to convince himself that things won’t go in that direction, I can’t see him being able to avoid it happening. His reasoning though for being more comfortable with their current relationship does make sense and adds a level of sadness to how things played out. The idea that this bickering sibling relationship being easier than watching love steadily turn to hate…is just pretty sad to think about. 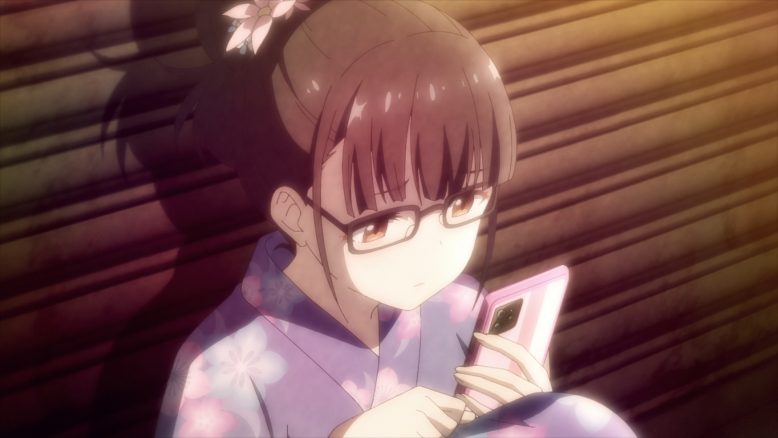 It was nice getting a better idea about why they broke up. And in that sense the explanation of it being a lot of small things piling up is fair enough. But they ran into something a bit trickier than just that. And honestly that issue is one big enough that I could see both of them hesitating about getting back together even without the stepsibling issue to tackle. It was the very things that Mizuto loved about Yume that steadily started to bother him. And that doesn’t sound crazy. The more time you spend with someone, even the things that initially were just fine could start being less so. But the big thing is that he didn’t break up with her because he hated her. But rather it was because he didn’t want to keep growing to hate the things that he loved about her.

That does lead to a tricky situation for them to deal with. How do they avoid that becoming the same issue all over again? I guess it’s possible living together under these circumstances could let them naturally work through some things. They can learn to keep loving different sides of each other while accepting that sometimes they’ll get frustrated with each other. But I could see both sides being scared to get too close and having things get too messy. But it definitely gives them some hope. Their feelings are still there. They have both opportunities to get back together and lingering feelings to build from. 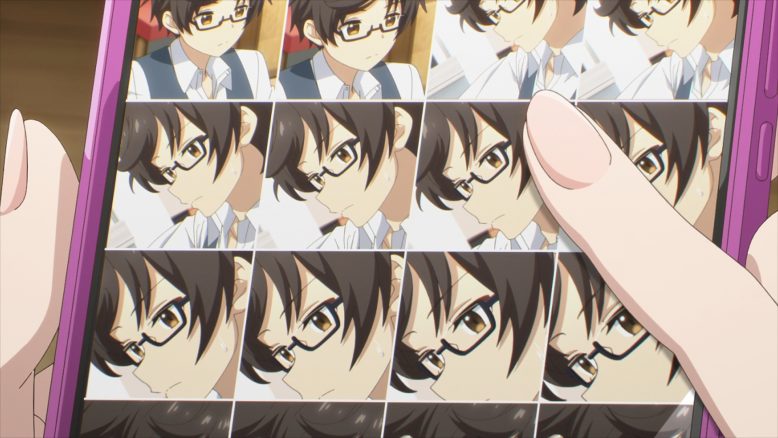 What can you say about that photo session? I love that Yume moved on from the mystery and worrying about Mizuto potentially dating someone else. Instead of focusing on that stuff she moved right to her main concern about memorializing. How attractive her ex-boyfriend looked that day! That was the main issue for her to tackle! It is refreshing having the female lead’s monologues and having her be a pretty excitable individual. She was swooning for much of the day about how good Mizuto looked.

And so, she used her free requests to get maximum rewards. Yume knew that this look wasn’t going to last and that Mizuto would be back to himself soon. So, she had to move fast to make sure she didn’t lose this memory. It’s not even a lie for her to call herself a brocon at this point. Not when her phone will be filled with hundreds of pictures of Mizuto posing according to her instructions! Good on him for putting up with it and fulfilling his end of the bargain. It says a lot about how much he loves this girl that he doesn’t make a fuss over her being absolutely silly around him. 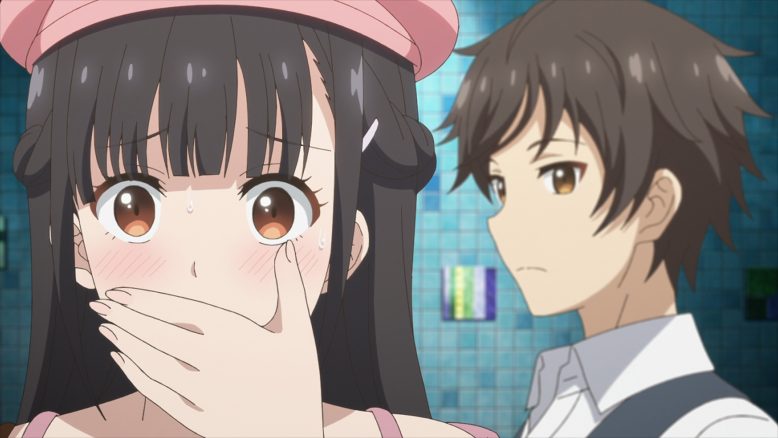 “Oh my goodness…my ex is my type!”

The date itself was pretty nice. I like how things were super awkward for various reasons at different points. Mizuto being too sweet really threw Yume off for a long period of time. Of course, she doesn’t want to be mocked and insulted. But having him be purely sweet and nice…isn’t like him. And she knows that. In the end what she wants…is Mizuto. His pros and cons are a complete package. She felt more comfortable when he was acting like himself. The moments when they were acting like awkward middle schoolers also worked. Since they were both acting a bit unlike themselves it kind of made it a real first date for the two of them.

I’m glad as well that Mizuto fumbled at times. It just made him more relatable and human. He struggled to compliment Yume with the right timing and was thrown off by how she reacted to his fumble. And even when she didn’t explain why she didn’t like how he handled her getting lost…he still managed to come back to himself and find her with the right reaction that time. The guy has plenty of quirks and flaws, but he’s a good guy at his core. I think it’ll be nice for the both of them when they do get back together. 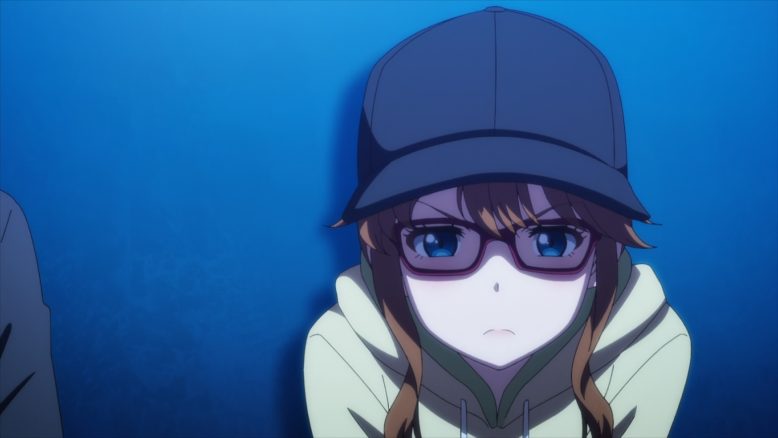 This girl isn’t done yet

I really should have seen Kawanami being Minami’s ex. It just makes perfect sense! Of course, he can tell the tale of her previous failed romance since he was part of it! And it also makes sense why he’s so invested in dealing with this. He’s seen how it played out in the past. And now one can read his actions as being not wanting to see his ex-girlfriend get together with his current ‘friend’. At the very least having the main group of the show being former couples just works super well. They’ve all got baggage to work through and it could lead to interesting moments. If nothing else, it does create even more shipping to get behind here.

It does make me wonder who moved the chair that Mizuto saw last week. Minami did claim that it was her eventually, but her reaction was one of surprise and confusion. She probably didn’t move that chair which means someone was in that house that we didn’t see. I’m not sure why someone was there, but it adds a level of mystery to all of this. Maybe it really was Minami or maybe we’ll get some interesting reveals later on. 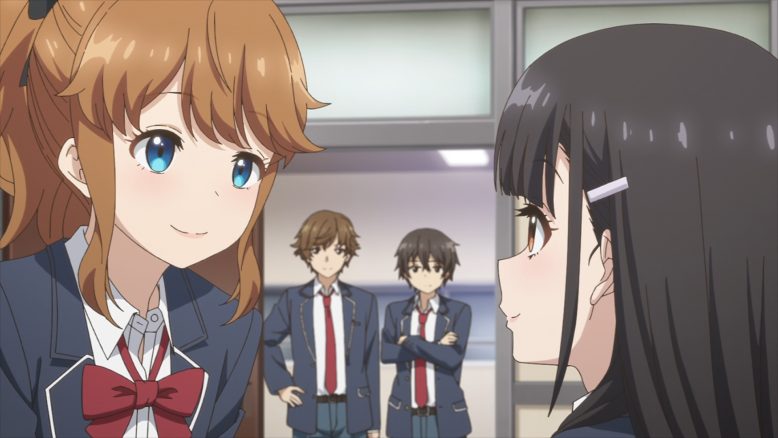 Two former couples and a lot of fun ahead of us

If nothing else I had a good time watching this episode. Yume’s reactions during the date were super sweet. This girl really has strong reactions to things and the end result was the hug and whisper we saw at the end of the episode. If it was just Mizuto’s point of view then the show probably wouldn’t be as entertaining. But giving both of these characters a lot of focus allows for them both to come across as pretty likable. It is easy to see why they like each other and how much they like each other. We’re about a third of the way through this thing (which is shocking to imagine). But I can’t wait to see how the rest of it unfolds with such a solid start to work from.