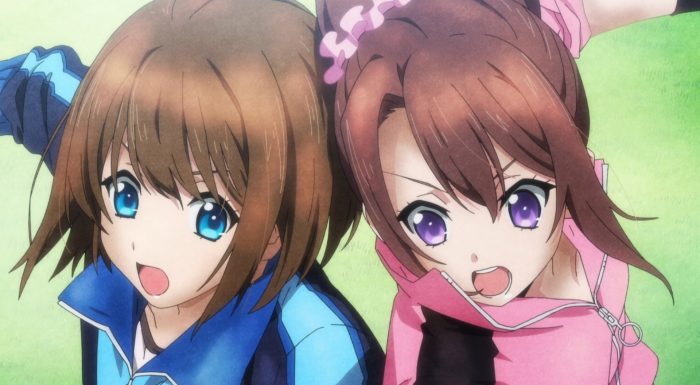 This was a pretty fun first episode. Going into this show I really wasn’t sure how they were going to balance the various elements at play. There was a great deal of sports in the focus, but also super sports and even idols thrown in for good measure. That kind of thing can definitely fail to work (Pride of Orange) or work just fine (Uma Musume). In this case I’d say it has worked out alright so far. I think the key is having the sports not be completely normal. There has to be an extreme element to it to go along with the unusual mix of musical performances. Now we still haven’t seen how the music will link into things (maybe Hiyori will just get to perform after events) but at least it doesn’t seem to harm the tone of the show. 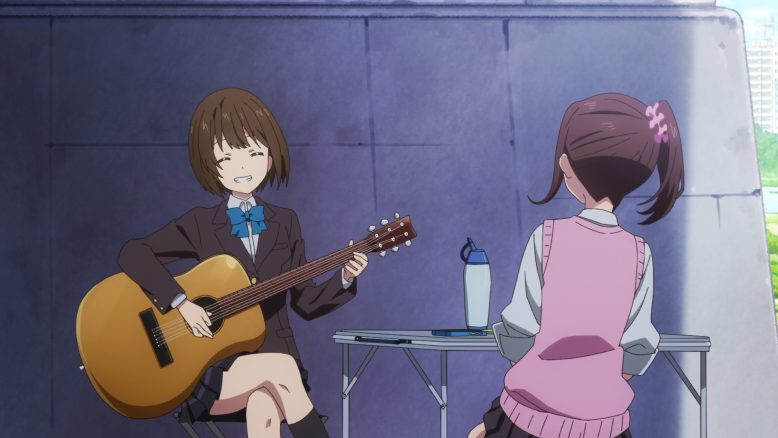 The girl can definitely sing

There are a lot of familiar elements at play here. Hiyori is an artist that is struggling to get herself out there. She managed to debut, but she was already being cut by her management company in this episode. Things have not worked out for her so far. It kind of feels like the path being left for a much older artist that is still trying to grab attention even after their prime years have faded. She’s been reduced to having to compete in a big sports event just to try and get some eyeballs on her again. Of course, in this case she hasn’t even really gotten going so she needs to do some out of the ordinary things in order to avoid her dreams dying. Although it’s a bit crazy to ask this musician to just turn into an athlete just to try and keep being a musician.

Credit to her though. Hiyori goes for it in this episode. She knows that it isn’t a guarantee and she’s not exactly bringing a lifetime of sports experience into this. But at the same time…she doesn’t want to give up. Her only other option is to keep performing, try to get a different agency to pick her up, and continue trying the same things she was doing before. At the very least I can’t blame her for trying an option that is right there in front of her and seeing if she can make it work. She doesn’t want to give up and if nothing else she is willing to work for it. 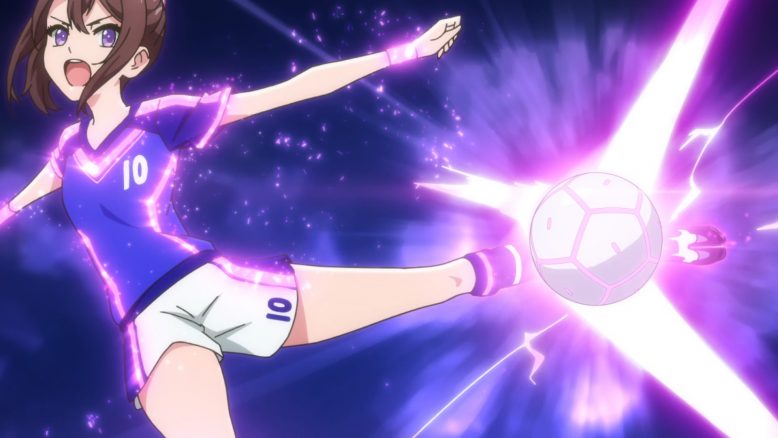 I’m glad Saki picked herself up

Saki fills the familiar category of an athlete that has suffered a lot and has just given up. She initially just loved playing the game. Winning obviously is fun and I can’t blame her for wanting to keep on winning. It isn’t like she was just resting on natural talent no matter what that brat that insulted her said. The girl knew that to get better and to win that she had to work hard. She was absolutely the hardest working person on her team and the most dedicated to improving all she could. Unfortunately, that didn’t line up with the perspectives of her teammates. They didn’t want to win so much that they were willing to put in the work for it.

I can appreciate that Hiyori’s music actually saved Saki in the past. She was about the only person that gravitated towards Hiyori’s (legitimately good) music, but she did. Those songs kept her afloat, let her keep trying for a while until clearly, she decided that putting herself through the grinder for sports wasn’t bringing her any happiness. So, I get that she was really scared in seeing someone that helped her emotionally through a dark time going into a major sporting event like that. She was really adamant about convincing her not to do it. And then she immediately regretted what she said and was both in tears and unable to bring herself to speak up again. I’m glad in the end she faced her fears enough to help and did reach out restore that friendship. 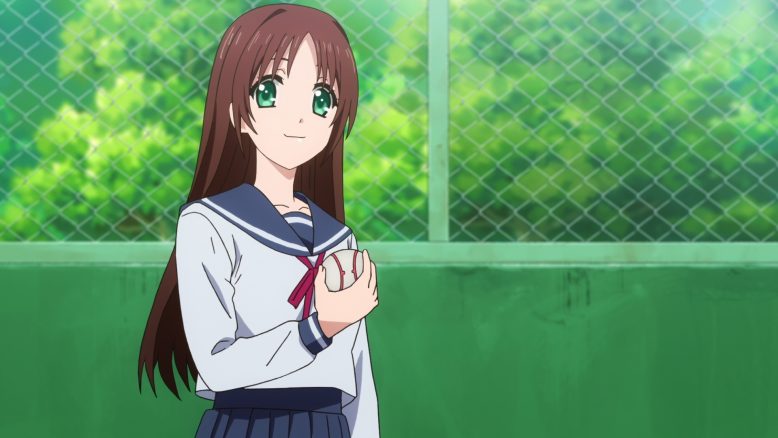 A lot of that goes to Sumi of course. This is one MVP childhood friend for Saki. She goes out of her way to help Hiyori train, provides AI teammates, and even pushes Saki when the timing is right. Without her efforts it just wouldn’t have turned out well at all. Of course, part of it was just trying to convince Hiyori in her own way that this was a tough thing to take on. But in seeing Hiyori’s talents and her resolve…yeah, she wanted to help her out a bit harder.

And in the end if she hadn’t encouraged Saki then neither of them would have ended up on the field at the end of the episode to help. With the two of them I’m sure they’ll manage to just squeak out a win and keep Hiyori’s dreams alive. Sumi is the one character we know the least about right now, but I’m sure she’ll get her moments to shine soon enough. From what I can tell from the OP she seems like a pretty sporty character in her own right. And that makes sense considering her childhood friend status with Saki. No doubt she knows how hard Saki suffered and for that reason gave her the push needed to help Hiyori. No doubt she didn’t want Saki to be left with even more regrets in not helping when she had the ability to. 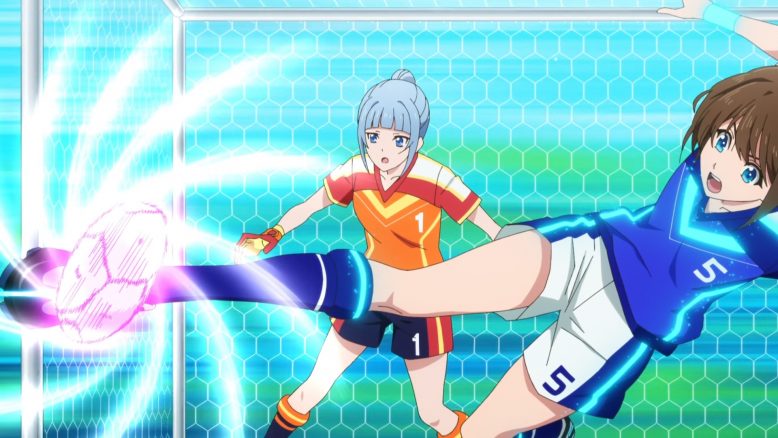 This could be a good-looking show

The extreme sports themselves seem fine. The visuals are really good in this show anyways and the concept is simple. They boost people’s natural abilities to extreme levels and we get a spectacular show as a result. And I appreciate that they are tackling to questionable existence of AI players. They haven’t gone too deep into it yet. But they are at least opening that door. It makes sense to have AI players since they can fill out rosters without needing generic people that we don’t care about. Instead, we have generic artificial people that we don’t need to care about XD. Maybe these AI players will get some focus later on, but they seemed built to not be superior to flesh and blood players. That might be to avoid a robot uprising, I don’t know. But for now, they are just kind of filler. 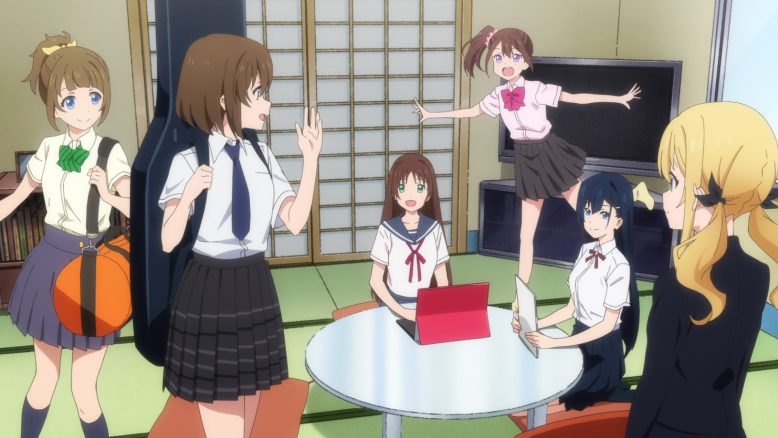 I look forward to meeting the rest of the cast

Overall, I liked this episode. It was cute, it was fun, and had a bit of drama. This kind of show is bound to have a mix of all those things really. So, I’m fine with that kind of approach to the first episode. Let’s see where things go from here. I like the main cast so far and can empathize with them. That’s a good step at least to keep me watching. It will be interesting to see the rest of the cast as they are steadily added to the show. For now though, I’m pulling for Hiyori. She’s got a dream easy to empathize with and I want to see her reach her goals. Same with Saki in overcoming her own traumas to have some fun in sports again with teammates that share her passions.