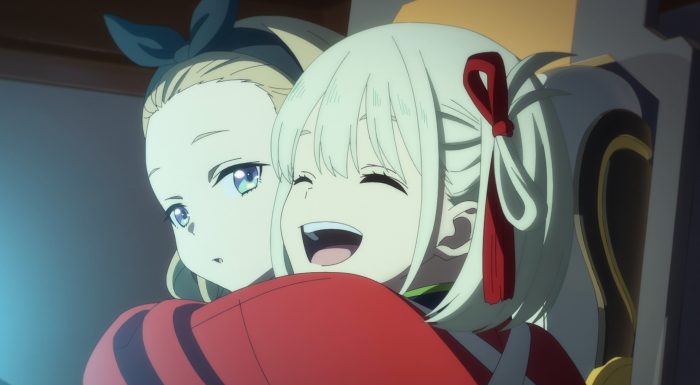 This episode had quite a few twists and turns. Honestly, I was curious what was going to happen and didn’t expect everything to play out the way it did. It made for a pretty engaging episode since things just kept on happening and I was just keeping up with the ride as much as our main characters were. Well, some of the main characters, since other characters knew exactly what was going on! Things worked out alright, but it was a close call and things could have easily gone the other way. A reminder that Chisato isn’t a magical being and things can go in directions she’d rather not see. And it shows how importance cooperation is going to be between Chisato and Takina. 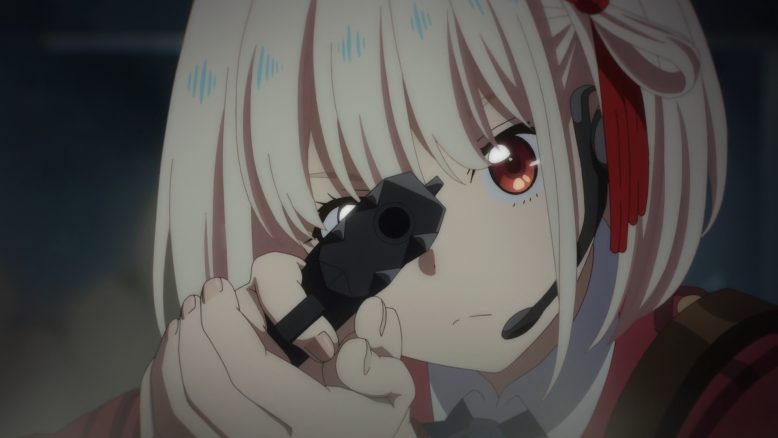 I wonder if killing being that easy makes her reluctant?

They got right into it with showing the pros and cons of Chisato’s refusal to kill. On the positive side, she did get valuable information which would have been helpful if her team wasn’t already on the way out of the building. It also led to the team deciding to pull back without trying to finish off Chisato and Takina. That may not have gone well for them if they tried. But their actual client was in a case they didn’t know to protect, their companion was still alive in that suit, and either could have been killed if this dragged out. And to be fair…it did also avoid a lot of people ending up dead. A refusal to pile up corpses isn’t a bad thing.

On the downside it did create conflict. If Chisato is going to pause what she’s doing to patch up the people that Takina is putting bullets in… then it’s going to continue to create issues. If they need to be mobile then that slows them down. And if they are up against a larger force then she’ll have a tough time taking all those enemies out with non-lethal force. And if she splits off from her allies then she’s not there to back them up. 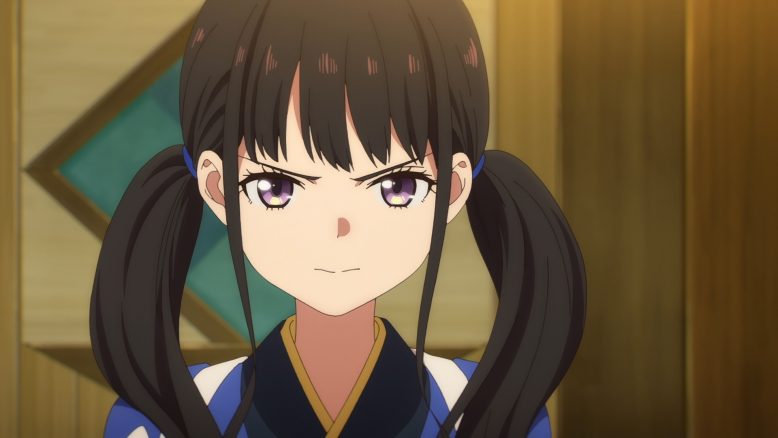 I think the biggest issue though is a lack of cohesion. Chisato is not using lethal force at all while Takina is using but lethal force. Beyond just conflict within their partnership, it creates conflict in the battlefield. Chisato is going to take steps to try and keep people alive. So far, she isn’t stopping Takina from shooting at all, but it could get to that point. They really need to either accept using lethal force more (it doesn’t have to be all the time) or both commit to using non-lethal firepower. If they just have that level of cohesion then they can move easier through fights and get a lot more done. 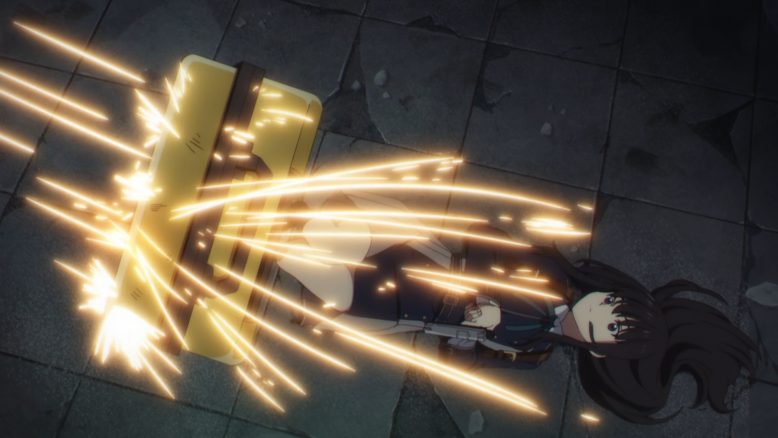 Good thing that case was durable!

Asking for better teamwork is easier said than done though. Chisato is likely to have some kind of trauma. Something caused her to both start using non-lethal force and basically act apart from the larger organization. So, she may simply not be able to use lethal force or stand to see others getting killed in front of her. Takina as well has the legal authority to kill and has no complaints about using it. The enemies of today aren’t necessarily the enemies of tomorrow. That stance by Chisato just doesn’t work for Takina. She’s been trained to kill and is willing to do exactly that to complete her mission. She won’t be easily convinced to ease up and take the harder route of keeping her enemies alive. 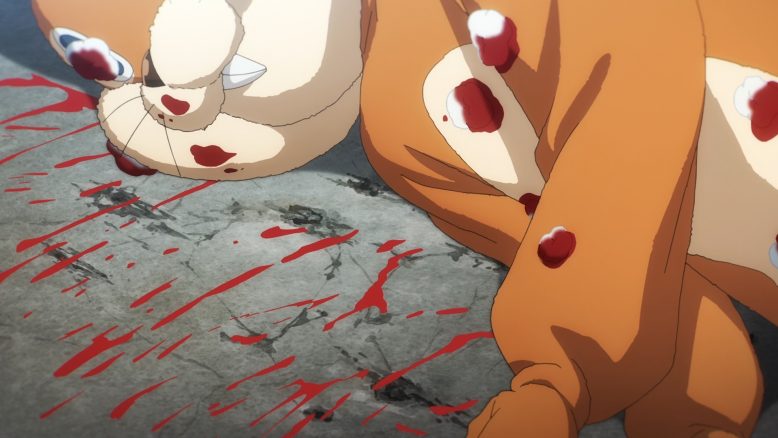 A good twist in all of this was the move to fake Walnut’s death. I was right with Chisato in company in being a bit shocked at seeing the merciless execution there. Of course, I get the logic that faking one’s death is the best way to make people stop trying to kill you. And it’s fair enough that they didn’t trust Chisato’s acting. It also says something that they didn’t tell Takina either. Maybe they figured she’d be unwilling to lie to a partner or just didn’t know if she could fake it well enough. But it definitely worked in terms of leaving me a bit shocked. It was a good sense of failure for these two. Now it is still something they can learn from and a sign of where their teamwork struggles. It is just a lesson without actual fatalities.

And now Kurumi is part of the team! Obviously, she hasn’t actually been a master hacker for 30 years. It is something she inherited from a parent or from a mentor. She’ll be a pretty strong ally and it even sets up a nice hacker battle for later in the show. That Robo guy is a creep and she’ll definitely want to get him back for the trouble he’s caused. 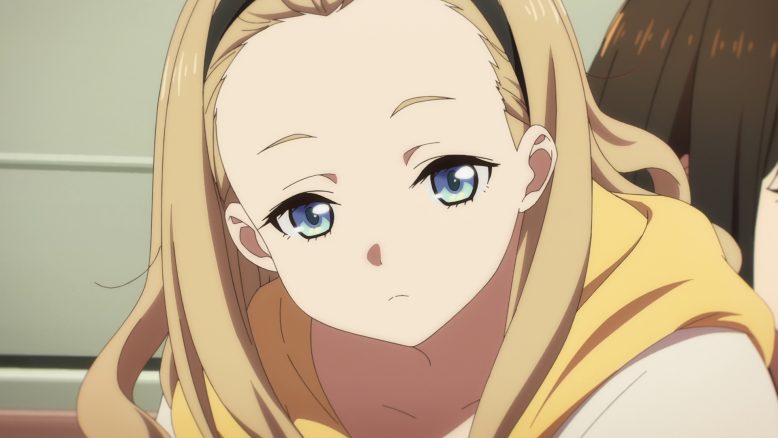 Would have been a shame to lose her

Honestly this was a really fun episode and got me completely absorbed in it. I know that Chisato’s policy may annoy people. But I like the potential that can be made in having these two face their contrasting policies. And considering how darn awesome she can be, I respect her running with her own approach. I didn’t think she was going to be a character I even liked going into this summer season. But Chisato is managing the difficult task of carrying a ‘no kill policy’ as well as I could have asked for. I want to see how this will play out.