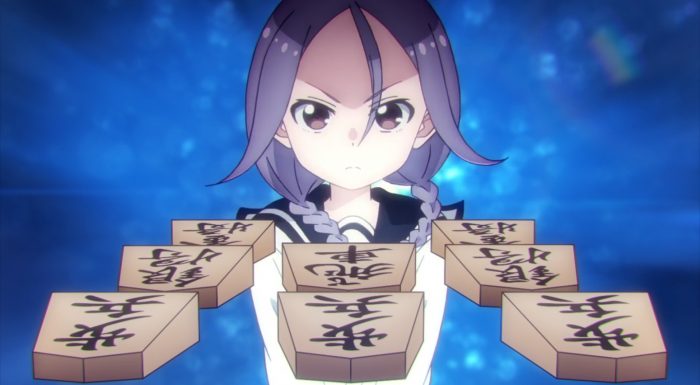 This was a pretty cute first episode. And that was expected based on the summary and the initial trailers. Ayumu is a stone-faced powerhouse that may have work to do on his shogi skills, but can fluster the girl he likes with the best of them. Urushi is a sweet senpai who obviously likes the guy sitting across from her, but just can’t quite get him to come out and confess to her. In a sense her biggest challenge is weathering the storm of compliments while also enduring the wait until Ayumu is ready to confess to her. This is definitely one of those times when the only thing holding things back is the characters not being willing to take the necessary step. 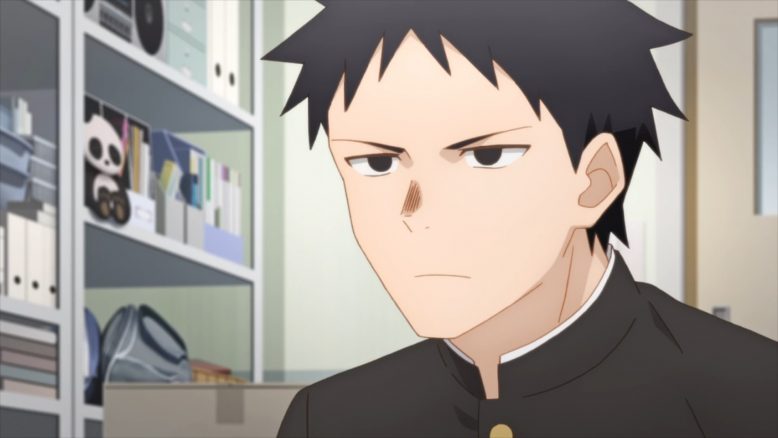 This man is a rock

I’m curious when it comes to Ayumu. Why did he place this restriction on himself? He had to know it wouldn’t be simple to beat Urushi even once at shogi when she’s that good at it. There’s nothing wrong with challenging oneself and trying to self-motivate. He’ll definitely get better fast when feeling that need to win. But if that’s all then it seems a bit of a waste. Both of them could be a lot happier if he just went ahead and confessed. She’d 100% respond positively to it. Now if it’s a Kaguya-sama thing where he doesn’t feel like he’d be worthy to stand beside her if he can’t even beat her once that’s ok. Although since he surpasses her in various other areas, so I don’t think that should be too important.

Another thing I’m curious about is when did he end up falling for her? It seems like he decided to bypass continuing kendo in high school and instead went to join Urushi in playing shogi. What exactly blew him away so hard that he changed paths in school? It’s hard to say from what we’ve heard since he’s basically on a stalker level at this point. He’s been following her around so much that it could be anything. If nothing else though it seems guaranteed that he picked up shogi because he liked her and didn’t fall for her because interests just happened to align. I’m sure we’ll get a flashback before the season is over about where things began here. But I’m just a bit curious. 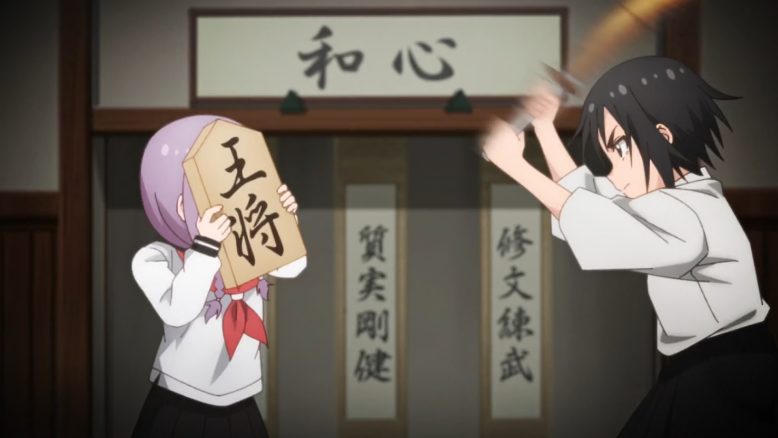 Just have a feeling there will be challenges…

No surprise of course that the kendo club is making their pushes to get him to join. Ayumu was apparently a pretty big deal. And his defensive style that he’s tried to bring to shogi really seemed to serve him well in kendo. Clearly though, Ayumu’s not even tempted to join the kendo team. It reflects how absolutely hard he’s fallen for Urushi. Maybe he’s also really enjoying learning about shogi, but the main reason definitely seems to be about spending time with the girl he likes. They aren’t going to be able to bring much to sway him away from that. It does seem like from the OP that a girl from that club will make her push to change his mind, but for now there isn’t much that will move him. 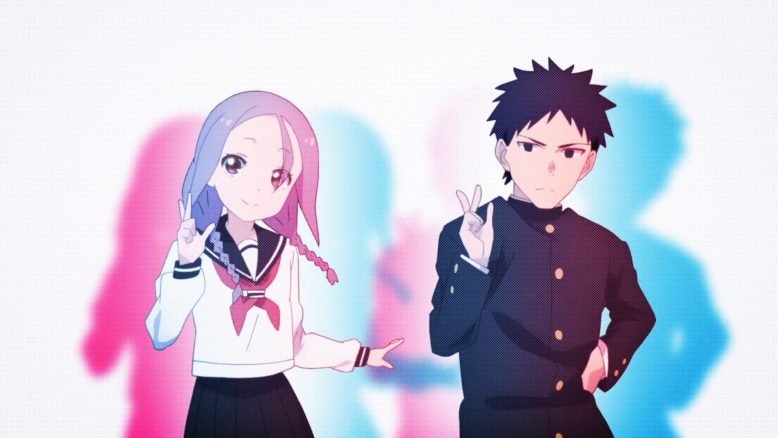 These two are great, but supporting cast will matter

While I expect the supporting cast to play a bigger role as time goes on, the key will be these two. How will the show keep things fresh and fun? Obviously, it is still really fun seeing Ayumu be so stone-faced while praises the heck out of Urushi’s cuteness. And it will be fun seeing her trying to endure that while also making efforts to get him to just out and confess to her. I’m not sure what would happen if she just confessed herself. Would he refuse to accept it because he still hasn’t beaten her? It isn’t like the immediate comparison in Kaguya-sama where both sides want the other to confess and are being stubborn over that. It doesn’t seem like Ayumu is pushing for Urushi to just confess to him and would almost rather she just wait for him. Can this approach hold up? 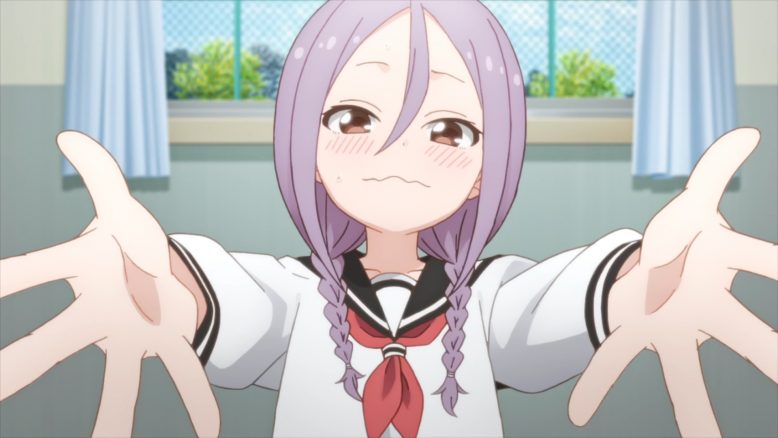 Give this blushing girl a hug!

In the end this was a solid first episode. The characters are cute, the little skits between the main pair are good, and there is potential here. It isn’t going to be anything crazy, but I’m going to definitely enjoy watching. Now this might not be a show that I cover this season. Since there isn’t as much for me to dive into. Just feels like the kind of show that I’ll mostly enjoy for praising how fun the main pair are and their interactions. But not necessarily one where I can spend hours just typing away about interesting tidbits that caught my eye. I can’t complain though. This show didn’t let me down though. I wish Urushi the best of luck in enduring the wait for Ayumu to confess to her.