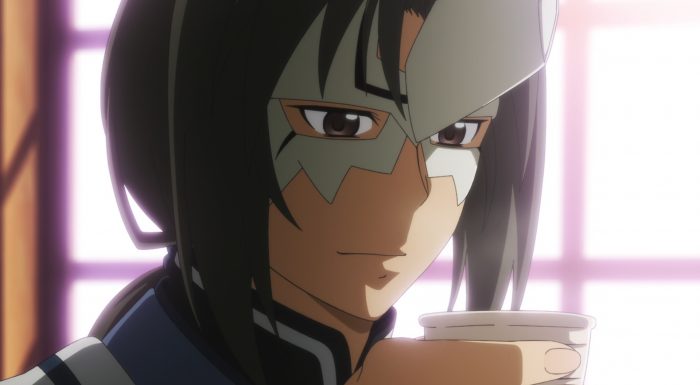 This series sure returned without missing a beat. And that’s saying a lot since I didn’t even get around to rewatching the previous season since I didn’t expect to get into this one all that much. The impact of the pacing of the previous season just threw me off enough that I just didn’t expect to get hyped. But the first two episodes of this one got just about everything right. It was a good reminder of why the original Utawarerumono was such a classic. There was a nice balance between likable characters, good action, and that fantasy war setting that you don’t get that often. The major characters are extremely powerful, but there is still a tactical element to how the wars play out. And that seems to be alive and well so far here. 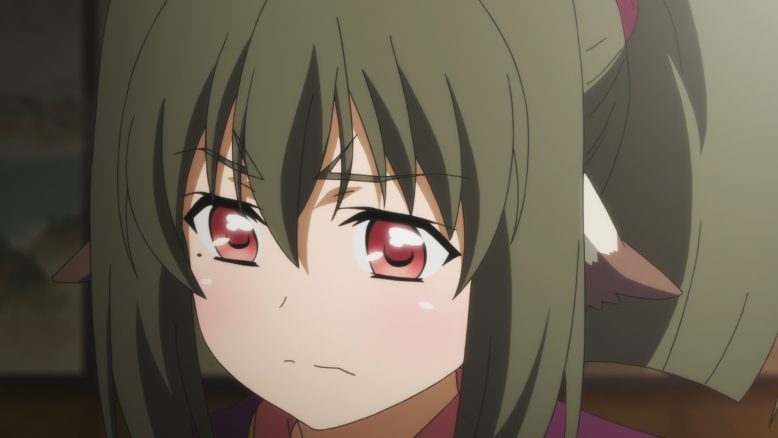 Thankfully I didn’t need much more than the recap at the start of the episode to get valuable reminders. It even had a bit of recap for the original series. Something I’m sure is going to be important since Kuon and her people are eventually going to enter this conflict. It was pretty easy getting back into the flow of things with Haku and company. And wow the whole situation is unbelievably dramatic. So much happened at the end of the previous season. The Princess is mute and understandably a mess. Haku also had to take on the identity of Oshtor after he died. That alone is a painful thing to do. But I mean the impact of that has such rippling impacts around him.

Nekone has to play this painful role of supporting him while not having the freedom to grieve her brother. You can see her struggling, but also trying her best to do what her brother would have wanted. But it goes beyond her. Rulutieh is able to fully grieve. It’s just sad she’s left grieving over someone that isn’t dead because Haku has taken on Oshtor’s identity. It’s fair that she’s upset that he hasn’t been given a grave yet. But obviously there are mixed feelings for Haku in making a grave until the right person’s name can go on it. And the rest of his friendship group and team are dealing with that loss in their own ways. And through all of it Haku has to lie to his friends. 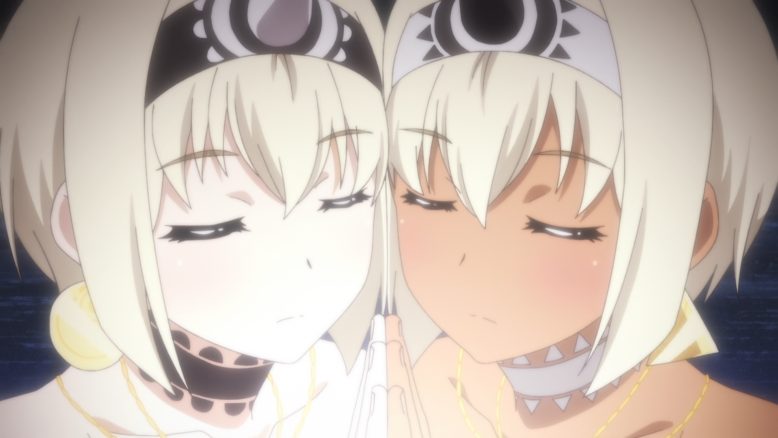 I guess the inescapable question is whether he really had to do it this way. There’s no question that Oshtor’s political pull is massive. The Princess is in no state to gather an army around herself. How far would they get just using her name? I’m sure people would still side with them. But their situation is nearly hopeless as it is. With anything less…it might be impossible to win. Now couldn’t he tell them in secret? Maybe. I’d be ok with that risk. They’d definitely side with Haku as much as if not more than for Oshtor. But each person that knows creates a bigger risk of someone messing up and the house of cards falls apart. I’d still risk it, but I get him being so careful and telling almost no one.

Thankfully he isn’t actually alone in this. If Nekone, Saraana and Uruuru didn’t know then I’m not sure he could handle the emotional strain of this. The realistic issue is that he doesn’t know everything about Oshtor. Without Nekone there to support him, he’d have a much harder time playing the role against people that knew the man well. But the twins are also important for emotional relief. They are a bit out there at times, but they are completely loyal. And I kind of agree that having a soul of the colour of brown isn’t all that bad. The way they worded it actually sounded pretty good and respectful. 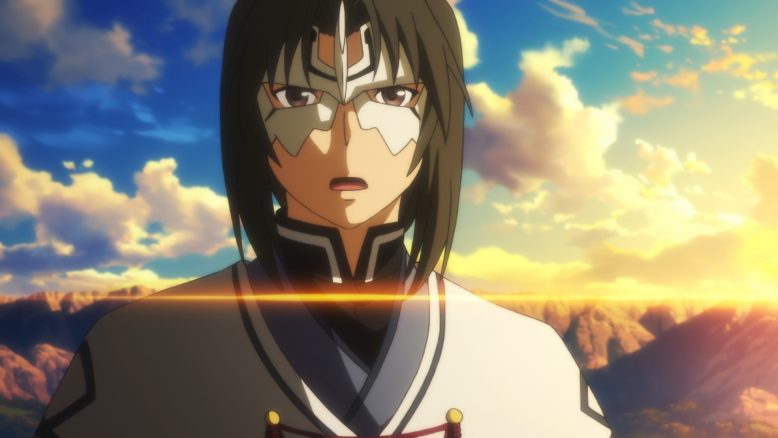 It feels proper to acknowledge that Haku’s voice isn’t the same. His original voice actor Keiji Fujiwara passed away in 2020. But there’s no question that Kentarou Tone has done a good job in the first couple of episodes in picking up the role. It might have been made easier with me not rewatching the first season. But I think he’s done a good job so far bringing the multiple sides of Haku to the spotlight in the first few episodes. I didn’t want to dwell on this point, but I didn’t feel good in ignoring it either. 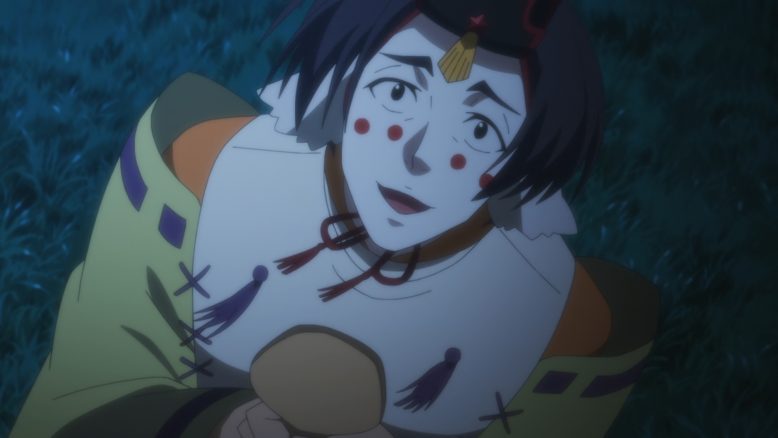 One element I do really like about this franchise is the war itself. The action is good and that was steady in these first few episodes. But the biggest thing was just how the characters use their abilities and movements to full effectiveness. I fully expect the main cast to be the underdogs for much of the series. If not then they would have already taken Yamato and put Anju back on the throne. But it is also easy to create drama when the main cast have to think outside the box to counter their numerical disadvantage. It was pretty simply done in the first couple episodes, but I’m sure that will become even more important as we go along.

This next battle against Dekopompo should show a bit of the creativity that Haku will need to bring to the table. Even if the man is a total idiot who isn’t taking advantage of the tactical assets at his disposal! Poor Maroro. He knows how bad this could go, but that idiot is stupidly ignoring him. It should be easy to get him to change sides. All the more so if he’s also fed the lie that Haku was killed. 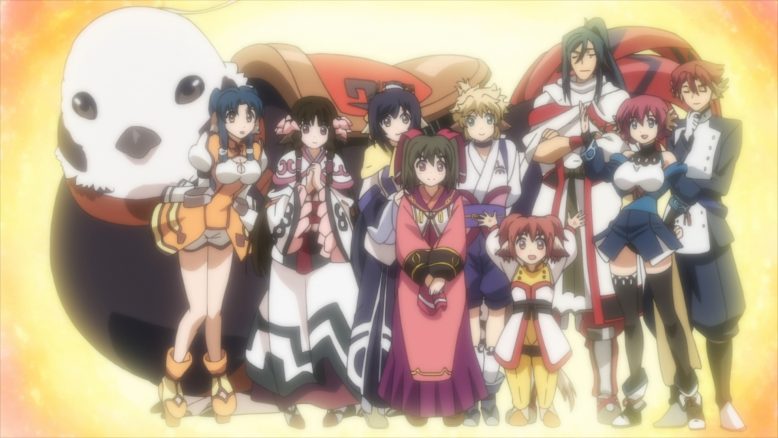 There’s a lot of interesting things that could come into play. The fake Princess is a big thing. That’s a good way to limit panic and keep support with the powerful elites of Yamato. Of course, the question is whether the fake is just a puppet of little importance or if she’s a major character that has her own agenda? Either way she’s a huge problem. And that’s all the truer since the real Princess isn’t in good shape and is currently mute. If they have to fight for legitimacy, it might be a bit of a messy situation. But that’s an issue for down the road and it is possible they’ll find a way to heal Anju before they have to try and get the people of Yamato to accept them.

The other major factor is that Kuon is gone. Far as she knows, the guy she was really close to is dead. And the blame can go squarely upon Yamato for it. She’s not going to be happy and I’m sure she’s not simply going home to grieve. If she wants to…she could definitely bring a very powerful nation into the picture. We’re talking about Tuskur here. That was the major nation of the original series and one powerful enough to pull off some crazy stuff. Obviously, Hakuoro isn’t exactly ‘hanging around’ and ruling that nation anymore. But that country has some elite fighters that can hold their own against anyone. If they march then things get really crazy. 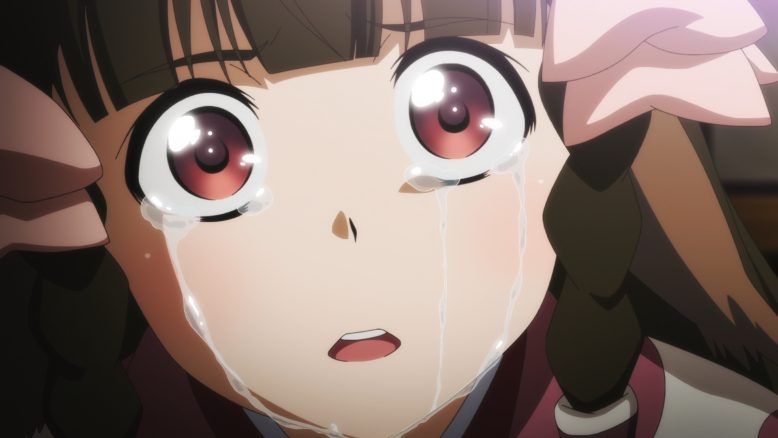 This show could be really good

This was really a good start. I’m enjoying the political maneuverings, the mystery, and of course the drama. Not sure if I’ll pick this one up. It’s a big show to handle and will carry into the Fall which also has a lot of big shows. But I’ll decide on that one later. For the moment I want to give this show some big props for getting the first two episodes right. This was the best way to get people hyped up again. So long as they can maintain this, then I think we’re in for a really great experience. I enjoyed this first episode and I can’t wait to keep on watching.