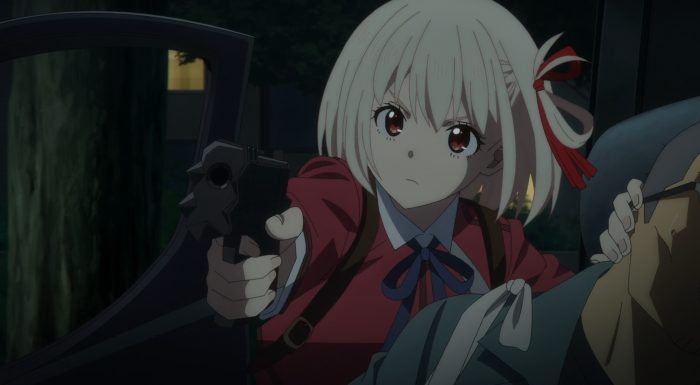 This was a pretty amusing first episode. There was a good sense of fun with how over the top things could get in this first episode. You have Takina just grabbing heavy weaponry and mowing down all threats. But then there is Chisato making non-lethal look as badass as you can get. I can agree with the idea that this is Gunslinger Girl just with a good deal of cute mixed in. There are definitely some major similarities to draw between the different franchises. Of course, it is just the first episode so we’ll have to wait and see how Lycoris differentiates itself as the story moves along. But this was a good way to start off a series. The show dropped us right into it and set the tone really well. 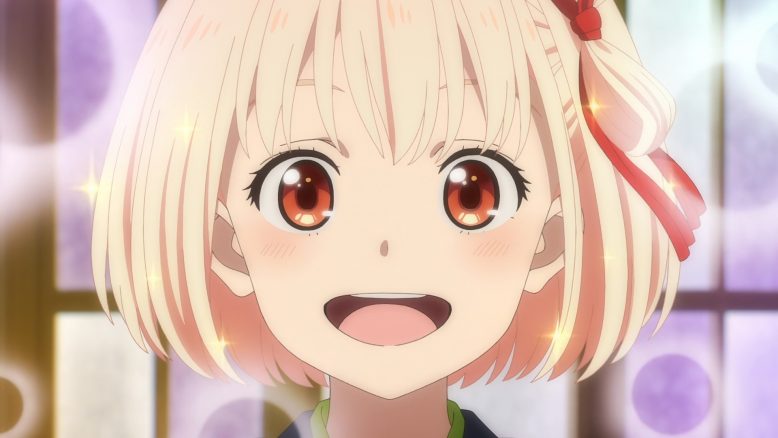 She’ll be a fun lead

I didn’t think that I’d actually like Chisato going in. Something from the trailers didn’t quite land for me. But she definitely made a positive impression after having a full episode to work with. She’s definitely a wild piece of work, but she’s also really good at what she does. Even if she didn’t approve of Takina’s choice with the bodyguard situation, she still followed up on it really well. Just going on and absolutely dropping all those guys with extreme non-lethal force. She even noted the drone that was watching them and made sure to have that taken care of first. On top of that, she also just used shooting down the drone as part of her tactic to get closer without being seen. After she started shooting it wasn’t a time for joking or silliness. Chisato just got to work and cleaned things up.

It was also nice to see how quickly she took to defending Takina. She was pretty quick to call up her old roommate to chew her up over hitting Takina. Maybe it is because she does care about protecting lives that she respected Takina’s efforts that saved her teammate. Now obviously she prefers not killing her enemies, but she wasn’t going to judge her on that one. Part of it might also be that she feels some kinship since Takina didn’t prioritize orders over taking action when it was needed. Regardless though, I just liked how she actually sided right away with her new partner. It makes me look forward to where their friendship can go. 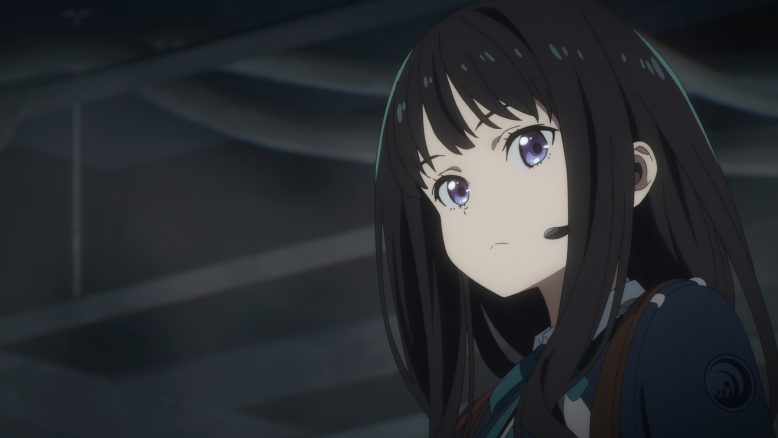 Her rescue work was effective

Takina has that character design and personality that I just immediately gravitate to. I like that she just took action in the opening of the episode. Now she did say it was about taking a logical approach. But in the end, she did take action, saved her companion, and took care of business. She wasn’t so locked into orders and rules that she stopped thinking for herself. That team leader would have let their teammate die because she couldn’t imagine not waiting for further orders. If there’s anything this girl doesn’t lack it is initiative!

Now obviously she does have room to grow. No matter how logical it was to presume their client would be fine, it wasn’t a great plan to use her as bait! Unlike the previous incident, there wasn’t a time crunch to take action. It was completely fine to wait for Chisato and clear an idea or two by her. There is definitely a balance that can be found between being too passive and too proactive. At least she’s got the skills needed and just needs a bit of polishing. No question that she’ll gain quite a bit from working with Chisato. 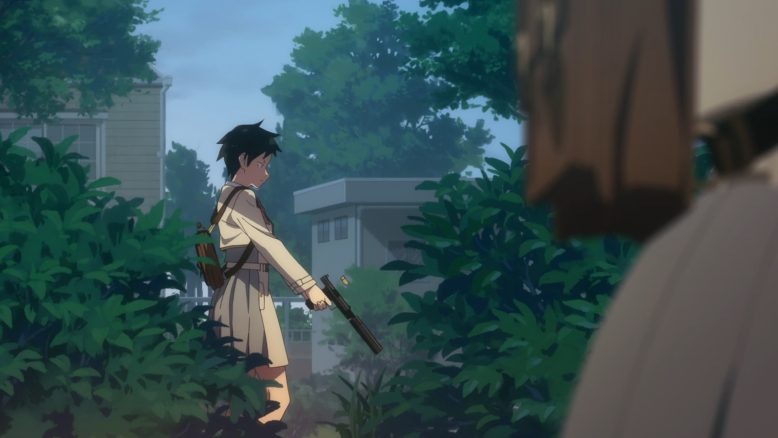 Obviously, there’s a lot of shady stuff going on here. “Peace” is being maintained through an army of trained assassins! The opening was both cool and kind of horrifying with criminals just getting sniped so brutally and taken out without anyone even knowing they were there at all. It is a good thing to have them stopped, but yeah…that’s kind of unsettling. All the more so with these orphans being picked up and turned into killing machines. Doubtful that the person on top of the whole thing that good a person. And we already saw the conspiracies being manipulated behind the scenes in this episode.

In that sense I get why Chisato distanced herself from the organization and is trying to help people in a less violent way. She’ll still take action, but she isn’t always looking for a fight. No doubt she won’t be able to keep distanced from whatever shady business is happening forever. And the more she digs into things in order to help Takina get back to where she wants to be…the more trouble that will likely rise up from that. 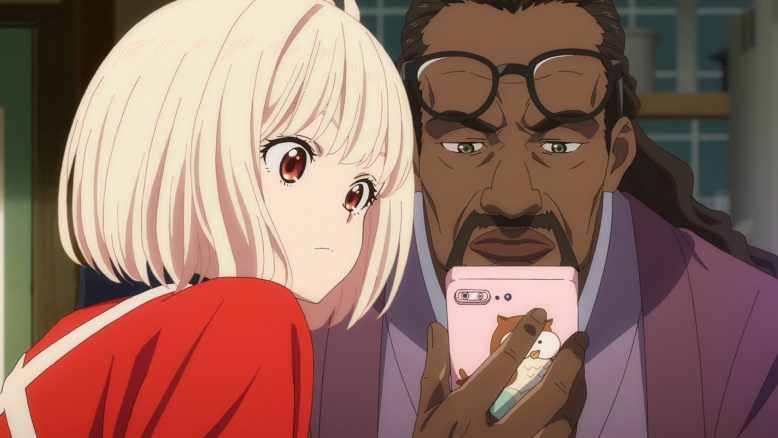 Will be interesting to learn more about the cast

This was just a really solid start to the show. We got a good feel for the setting, the visuals were good, and the action should be really enjoyable too. Fingers crossed that Saori manages to stay out of trouble in the future. Or at least I hope she avoids invertedly taking pictures of crimes in progress! If a good part of the show is just meeting various clients and helping them out, that will still be a pretty fun show. They can go in any given direction with this setup and I’ll be curious to see what choices they make. If nothing else Chisato and Takina will make for a fun pair to watch. I may not pick this show up for the season, but I’m happy to talk about this episode of it.