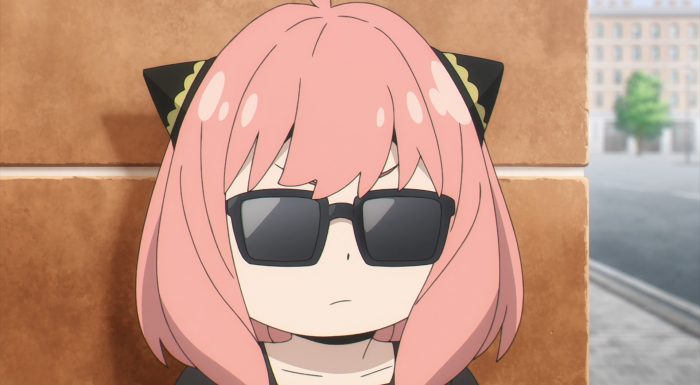 This wasn’t quite the kind of last episode that I expected for the first part of Spy x Family. Of course, leaving on a cliffhanger going into the arc that was hinted in the last episode might not have been for the best either. It’s a bit of a weakness for this episode that you can argue that it was better suited to be the actual episode 11 of part 1 or episode 1 of part 2 instead of episode 12. Not that this episode was a bad one. I like the Forger family. So, I’m definitely happy to see them going on little adventures together. They can’t always create scenarios where the skill sets of each character are shown off. But this episode allowed them all to contribute to some degree. 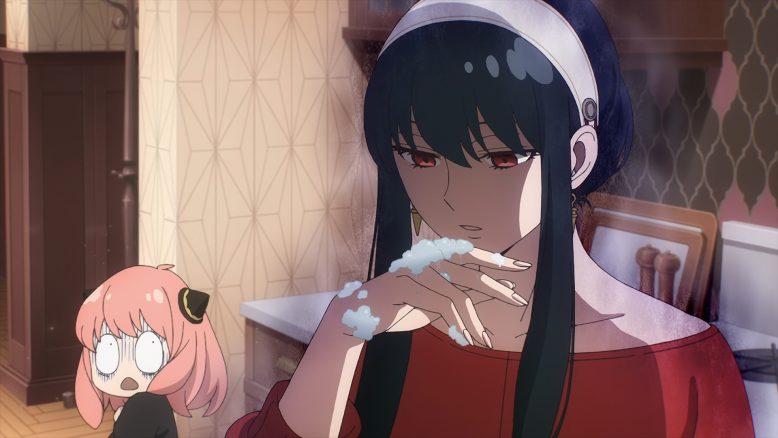 Another day and more blood to clean up…

I was still surprised that we had an episode full of narration about the identities of the main characters and a relatively lighthearted mini-adventure. The former is just a strange move to make in general. This isn’t the first episode back after the break (unless I’ve passed out for a few months). This is the last episode before the break. After 11 episodes, I’m not sure this is the needed moment to remind us that Loid is a spy and Anya is an esper. Now we haven’t seen Yor kill anyone in a while so maybe mentioning her being an assassin is fair enough XD. It just felt a bit odd to enter the last episode with a reminder of who everyone is.

Now I can kind of understand going into a break with this episode instead of the last one or what is going to open part 2. Last episode wasn’t focusing as much on the family as much as Anya’s progress in getting Stellas. That is an important part of Loid’s mission and further developed Anya. But it didn’t have much to do with Yor or the family. This episode at least gave everyone something to do and focused on that family dynamic building up over time. And it is the family that keeps me as interested in the show as I am. 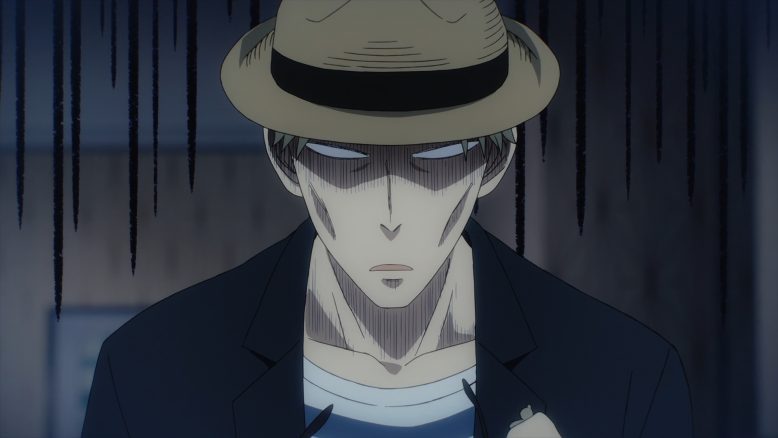 Someone give this man a vacation!

Loid really has a lot on his plate. I know that he’s their best agent and the spy hunts are leaving them thin. But it seems like a really bad idea to work their best agent to near exhaustion. I get that the stakes are serious. But if they lose Loid…they are done for. The organization maybe doesn’t collapse overnight. But they’d severely lose their ability too actually deal with various incidents. The people on top need to be picky in deciding what kinds of missions they are going to send his way. Goodness help the world if they already are being picky, because he’s being worked to the bone here.

While his family is a mission, it’s clear that this family really is the only thing keeping him going. It is the one place he can find some moments to relax. Although there are also risks even with the family. He has to be aware of how things look since they can’t afford even a silly report being made about their activities. Yor’s brother may look out for her, but Loid really can’t afford extra attention. On a side note, it is weirdly nice to have Yor mention her main job. We haven’t really seen her doing any assassination work in a while. But clearly, she’s keeping busy without drawing extra attention to her. 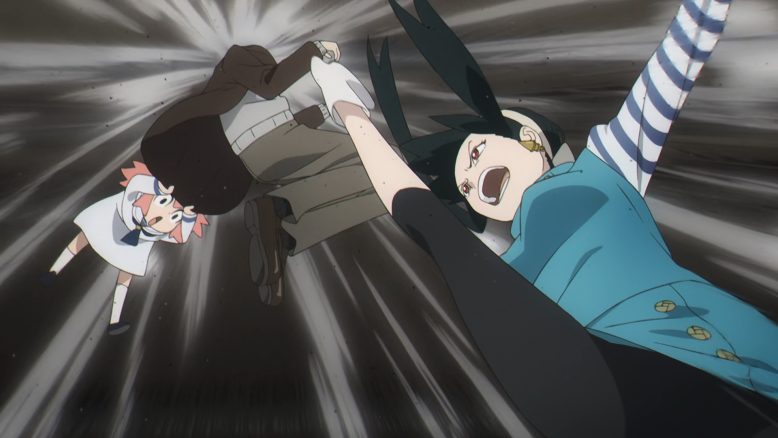 The family is a key draw as I’ve said before. So, it was nice seeing another case where the whole family came together and resolved an issue. Anya was extremely helpful in giving Loid the push he needed. Maybe he could have noticed the identifying mark eventually, but maybe not. The bottom of the penguin’s foot was a good place to hide a mark. Loid of course showed off his talents once Anya pointed out the penguin he needed to find. He even managed to score the guy he impersonated a promotion. Although I’m sure that promotion won’t last long once he can’t mirror what Loid did. The father and daughter combination did nice work in securing the intel and setting up the terrorist for their doom.

I choose not to feel bad for the terrorist being set up by Anya. Getting blamed for a kidnapping when she was hanging onto him was hilarious. Plus, it’s just the way the show has to work. Loid knows he’s a spy and naturally so does Anya. But Yor can’t know and so she’s not often going to get directly into incidents like this without a bit of help. She has to be the person who stumbles into situations without realizing the truth and then acting before thinking. That result was wonderfully displayed when she kicked that guy’s skull through the ceiling! That guy has to be dead. But if he’s alive…he’s not going to be in a great place after all this. 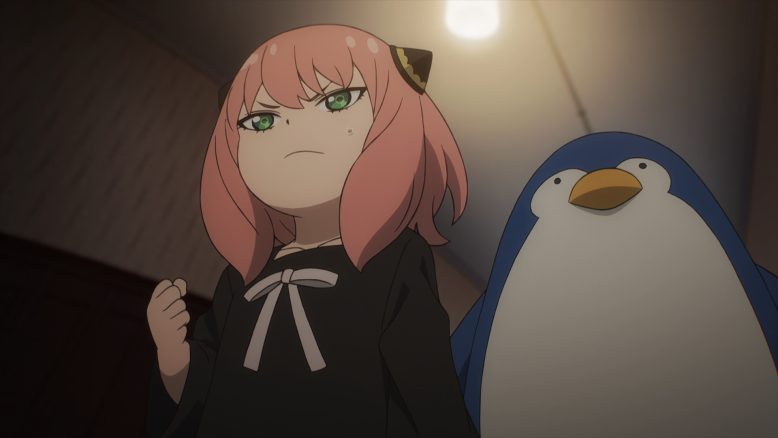 Anya was a lot of fun this season

Might as well acknowledge the utter silliness that was Anya and her new toy. Her silliness remains a total source of comedy. Even more than the “wow” that followed Yor kicking that terrorist. She is young and the show doesn’t mind leaning into that at times. And that is shown off well with her giving that penguin a tour of her home. I kind of feel bad for Loid and Yor having to play along with Anya to get her in a better mood. She definitely acts her age a lot and that’s no different here. Although I’d hope she wouldn’t threaten to run away too often. That family is essential to everyone there and having Anya disappear would kill the mission. At the very least it was good fun seeing these two badass characters having to play along. 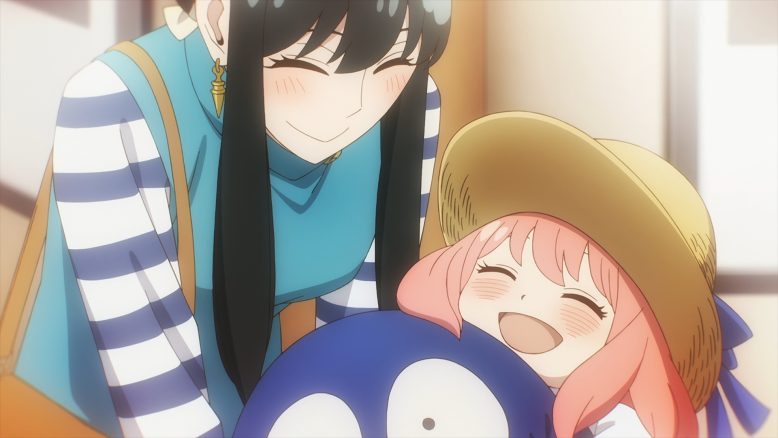 The last episode wasn’t anything amazing, but I’m still going to miss the show. Thankfully it is only taking a season off before we come back with another part to enjoy. The trailer for Fall looks great and I’m going to be blown away by how packed Fall is this year. I do wish the show left us off on a really strong note. But an alright episode isn’t all that bad either. It’s going to be fun to see what happens in the future. This season did a lot. We got to see this family form and start growing closer. There is still plenty of room to add side characters and continue moving the plot forward. I expected this series to be one of my top shows of the season and it didn’t disappoint there. Until next time!