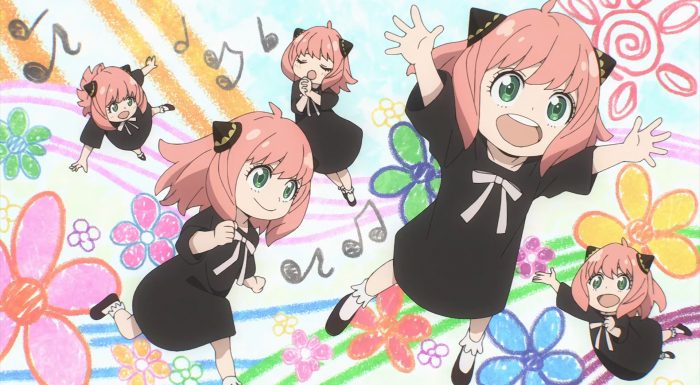 They really did a good job in the early part of this episode at making Anya look like she was bad at everything. Of course, we can’t forget that she is basically competing against people a year or two older than her and was already starting behind her peers in terms of academics. But it really shows how tough the road to getting her enough Stella Stars really is. Of course, we also got to see what strengths she does have besides just being very entertaining. Anya may not be ready to reveal her talents to her family, but at least she was still willing to use them to save a life. Even if it made things more difficult on her, the girl didn’t abandon someone that really needed saving. 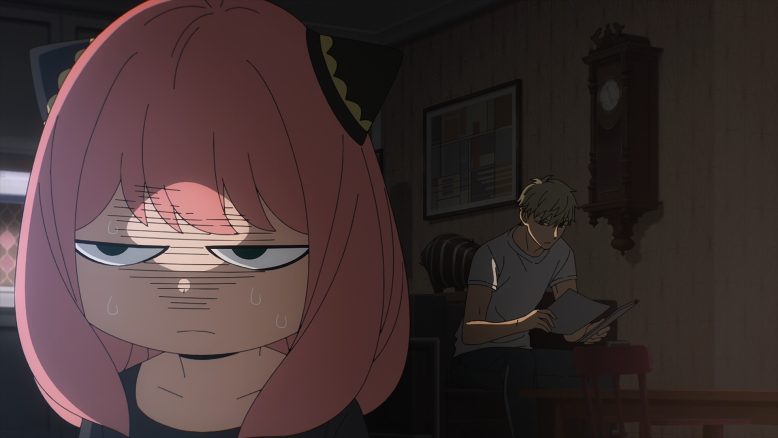 On one level I am impressed by Anya’s determination to find the optimal way to cheat. She is taking after Loid in some ways. And the plan isn’t the worst one. Unlike the entrance exams, her class is a static entity. At the very least, the people who are the smartest in her grade aren’t going to suddenly become idiots. So, if she can find the right people to cheat from then she could raise her grades. I don’t think she could necessarily get perfect grades. Because she’d have to keep up with someone smart quickly writing down answers without being distracted by those around her.

Of course, she seemed to miss the reason Loid isn’t just having her grades artificially adjusted. No one will believe it! If Anya doesn’t build up a foundation of education, then cheating in any form won’t really work. I’m not surprised at this of course. Anya is a kid. The show is pretty on point about her being very childish is behavior and stature. Having her really struggle to realize any flaw in her plan until Loid talked about everyone hating her makes sense. And I do think it is good for her to build up a foundation. She doesn’t actually need to study like a maniac until she’s got the best grades in the world, but it could help if she absorbed some information. 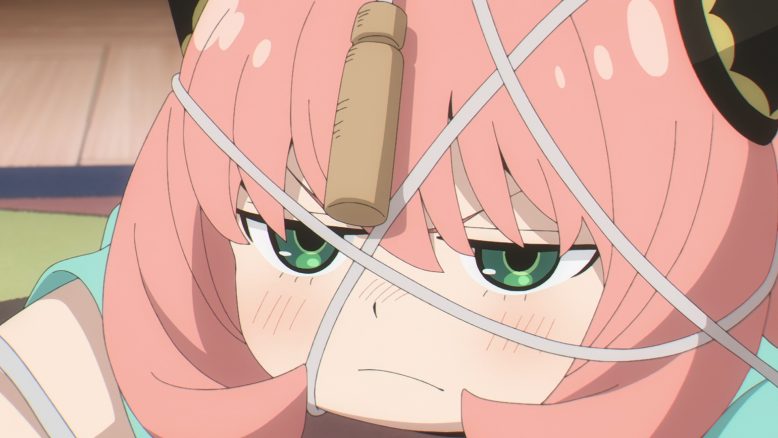 Anya is the Queen of expressions

It looks like the dodgeball incident wasn’t really a fluke. Anya just isn’t that steady or coordinated. In some ways I’m starting to wonder if that sucker punch on Damian was a fluke or if he’s just weaker than he looks. I’m sure Yor is good at teaching people skills to do harm to others, but it really seems like Anya just isn’t very athletic. Jump rope turned into a dire situation for her. I won’t criticize the pool incident since I can’t swim anyways and there’s no way she learned how to swim at the orphanage. Even considering her lab upbringing…I don’t think they were teaching 4-year-olds how to swim. 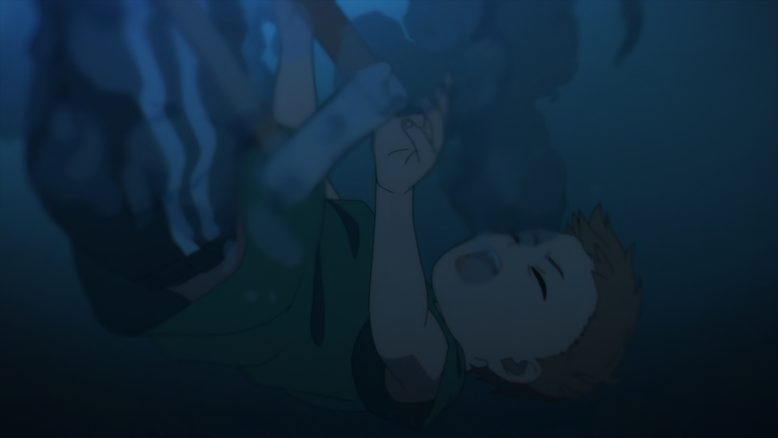 That is a scary accident

I salute Loid really trying here to figure things out with Anya. Of course, giving up on her really isn’t much of an option. Not without risking lives of other agents in creating chances for her to gain stars. But honestly, he is trying to support her without being too harsh. Let’s be honest…her grades are horrifying. Outside of parents who don’t care at all, most would have some reaction to their kid bombing every subject. The best Yor could do was draw attention to the subject that she was the least awful at! But he didn’t even just lock in on the studying. Obviously pushing her too hard would kill her motivation. So, he looked at sports, music, and even community service! He’s honestly looking for anything she’s really good at that he can just jump on.

Thankfully, Anya is really good at being an telepath! Of course, she can’t broadcast that talent, but at least she’s got it. I’m still proud of her for doing what she could to save that kid. She even could have gone the safer route of just pointing to the air bubbles in the water. But instead she just went for it. Even without knowing how to swim she still did whatever she could to help a person that was in absolute pain. Maybe she doesn’t get the entirety of community service. But she does have the will to help people in trouble. 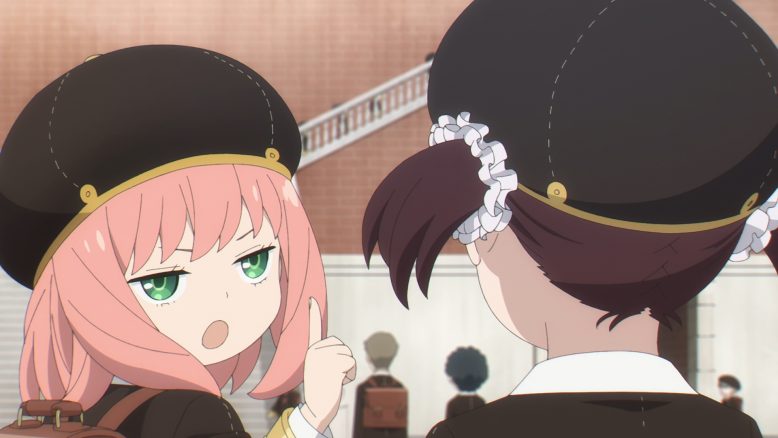 Of course all that praise basically leads to her developing an absolute ego. Starlight Anya! Wow. I do love how utterly smug and full of herself she gets. But I’m also thankful it doesn’t last that long. I guess many of her classmates being jerks kind of paid off here. And good on Becky for putting up with it without that much complaint. And it kind of helped that Damian was pretty sincere by his standards. He knows she earned that thing legitimately. It makes him all the more frustrated, but he’s not going to deny the reality either. 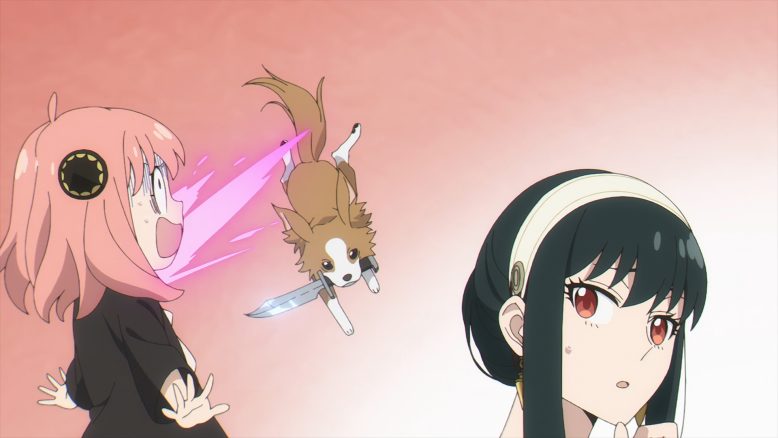 Thank you Yor for this hilarious image.

Now we’re heading towards the end of this first part of Spy x Family. It seems like getting a family dog will be the next big mission. And of course, it doesn’t seem like they’ll be running into normal dogs either. With this family I would expect nothing less than something truly crazy. We can guess what is up with that dog considering the blurry image of the Forger family, but best to wait and see how this plays out. If nothing else I’m thankful for this show giving us more mental images from Yor. Having her show two different kinds of dogs murdering Anya was strangely hilarious. I love this assassin!